Fifty-six years ago His Imperial Majesty I stood on the rostrum of the United Nations General Assembly to deliver the speech that would go on to inspire reggae legend Bob Marley to write his hit song, War. In H.I.M’s speech he asserts that, “peace requires the united efforts of us all. Who can foresee what spark might ignite the fuse. The stakes are identical for all of us. Life or death. We all wish to live, we all seek a world in which men are freed of the burdens of ignorance, poverty, hunger and disease.” 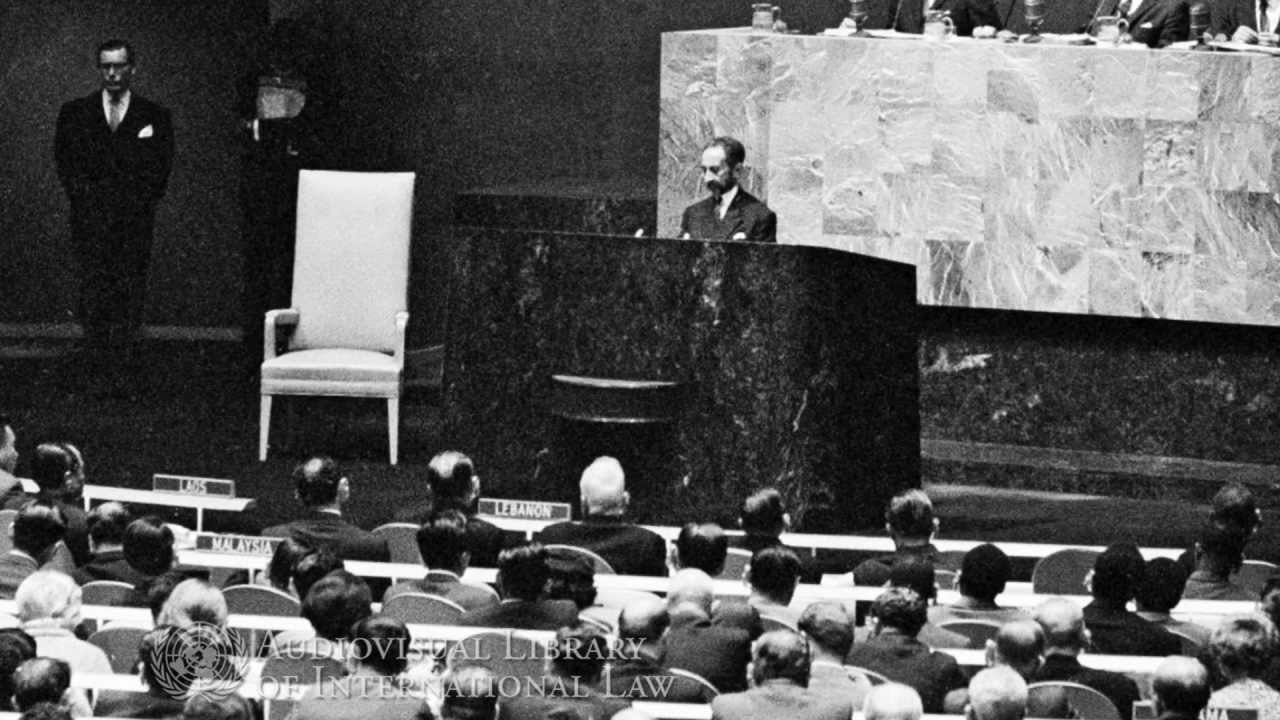 I have been troddin’ within a Rastafari livity from my secondary school years, not as a result of a kindred affiliation to the faith but partially because my father was a well-overstanding and open-minded individual. Who would rather than surround me with opposition, chose to offer his fatherly guidance in the best way he knew how … through the attainment of knowledge. My father encouraged me to web search and print information via our desktop computer for my ultimate edification. Not sure if he thought it was a faze but he made sure to arm me with knowledge.

As an adult, I stand in awe of my father, a Christian minded man, but a man who overstood that a person can be the best he/she can be once given the opportunity to blossom.

As society discusses the decriminalisation of cannabis for purposes beyond medicinal and how Rastafari factors into the conversation in relation to our use of the plant, Rastafari spaces, things that define Rastafari and the ultimate conversation of HUMAN RIGHTS; I as a Rastafari woman of twenty odd years find the dialogue offensive, belittling and highly discriminatory, fuelling and essentially providing ammunition for further and perhaps even heighten profiling not only by law enforcement personal but by the general population.

On Tuesday 5th November, 2019 the Attorney General and Minister of Legal Affairs Dale Marshall declared in parliament, as reported by a 6th November, 2019, Barbados today article,

“I have taken to Cabinet and I have got Cabinet’s approval for the preparation of a Bill to bring to this Chamber which will facilitate the use by members of the Rastafarian faith of cannabis for the purpose of their religion. Mr Speaker, for us to continue to prohibit that, would be to continue to breach their fundamental constitutional rights. And not just rights guaranteed by the Barbados Constitution, but rights guaranteed by the International Covenant on Civil and Political Rights. And that covenant says in Article 18 (1) ‘Everyone shall have the right to freedom of thought, conscience and religion. This right shall include freedom to have or to adopt a religion or belief of his choice. And freedom either individually or in community with others and in public or private to manifest his religion, or belief or worship, observance, practice and teaching.’ The Barbados constitution Sir, which came after the treaty was in place but before we signed on to it, is expressed in similar words.”

However, despite this declaration in our national parliament I and many others remain criminals under the Drug Abuse (Prevention and Control) Act. Subsequently, the Royal Barbados Police Force’s Public Relations Officer Inspector (Ag.) Rodney Inniss is reported, via a 9th November, 2019 Barbados Advocate article, reminding “Barbadians (that) having and growing this drug is still against the law.” Additionally, he stated that, “some persons have been commenting about the legalization at this stage, having and growing marijuana is still illegal in Barbados and the Royal Barbados Police Force have a responsibility to do the necessary [things]. It is still a crime and persons will still be charged for harvesting or trans-shipping of drugs wherever it is discovered.”

“that until the philosophy which holds one race superior and another inferior is finally and permanently discredited and abandoned; that until there are no longer first class and second class citizens of any nation; that until the color of a man’s skin is of no more significance than the color of his eyes; that until the basic human rights are equally guaranteed to all without regard to race; that until that day, the dream of lasting peace and world citizenship and the rule of international morality will remain but a fleeting illusion, to be pursued but never attained. … until bigotry and prejudice and malicious and inhuman self-interest have been replaced by understanding and tolerance and good-will; until all Africans stand and speak as free beings, equal in the eyes of all men, as they are in the eyes of Heaven; until that day, the African continent will not know peace. We Africans will fight, if necessary, and we know that we shall win, as we are confident in the victory of good over evil.” 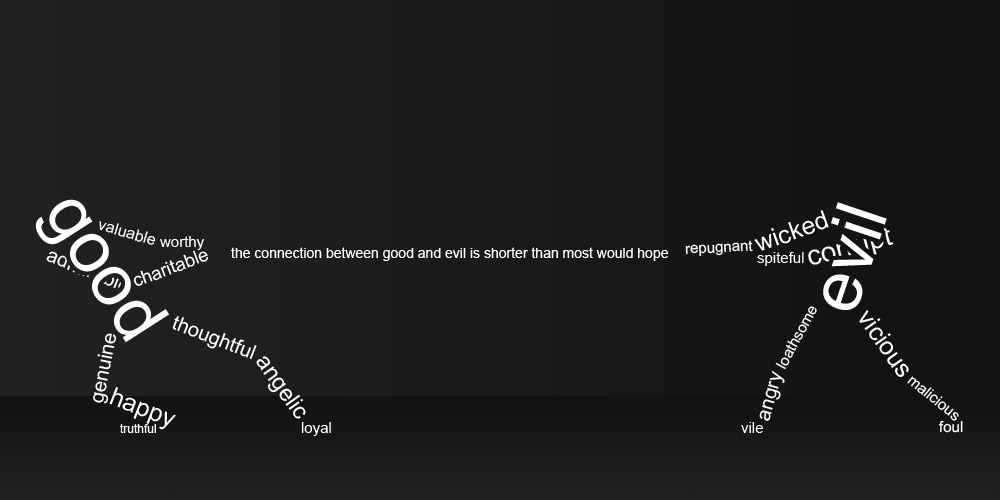 What we have facing us locally, is a crisis of morality. No religion/ faith’s members are asked to declare why, how or what/who makes them what they are. The 21st century has revealed persons identifying as inanimate objects such as vehicles, people identifying as members of the opposite sex, even going so far as adult males identifying as babies. Society is asked to accept, to tolerate these sexual orientations. The LGBT community has stumped their position in society and to some measure society has become tolerant despite the existence of buggery laws under our Sexual Offenses Act 1992, which states under Chapter 154 Section 9 ‘Any person who commits buggery is guilty of an offence and is liable on conviction on indictment to imprisonment for life.’

Since our May 24th, 2018 general election and the coming to power of this current administration our Constitution has been changed and Acts of Parliament amended to change one word in some sections, in some instances. The Constitution, Cap. 1966/1455 of Barbados was to revise the qualifications for membership of the Senate; and the provisions relating to disqualification for membership of the Senate and the Assembly. Additionally, as an example of word changes, the Financial Institutions Act, Cap 324A was amended on 14th December, 2018. The amendment of section 6 of Cap. 324A is amended in subsection (1) by deleting the words “it is the duty of the Minister to” and substituting the words “The Minister shall”.

Cannabis likewise can be removed from the Drug Abuse (Prevention and Control) Act Cap. 131 1991 by an amendment of the act. Deleting the word cannabis.

Additionally, it has been reiterated but seemingly to no avail the findings of the Final Report of the CARICOM Regional Commission on Marijuana 2018, who has unanimously stated that “in its view that the current classification for cannabis/ marijuana as a ‘dangerous drug’ with ‘no value’ or narcotic, should be changed to a classification of cannabis as a ‘controlled substance’.” Not controlled for segments of the population but for all. The Regional Commission went further by detailing a plethora of reasons asserting, “the so-called ‘war on drugs’ has not only failed, it is also undermining efforts to tackle poverty, improve access to health, protect the environment, reduce violence, and protect the HUMAN RIGHTS of some of the most marginalized communities worldwide.”

Again, human rights rings out like a church bell!

His Imperial Majesty went further in his 1963 speech appealing to the humanity of man in all man’s wisdom by asserting, “absolve the wisdom of history and apply it to the problems of the present in order that future generations may be born and live and die in peace. Should we fail to achieve this goal we shall have condemned the coming generations to inherit the tragedy of our times.” For our government to put the onus on the population to decide by referendum the status of cannabis is not only irresponsible but a shirking of governmental responsibility. Why a referendum? I assert that the government knows full well that the population for the most part is uninformed. When our Drug Abuse (Prevention and Control) Act 1991 was passed there was no referendum held; furthermore the public was even farther away from information. No public consensus was had to prohibit cannabis. Now, twenty odd years later, with numerous countries having legalised, heightened education, pharmaceutical applications and to top it off, there has been a declaration of a violation of HUMAN RIGHTS … still our government is forcing us to asphyxiate on a referendum; with NO national educational programmes having been started, I personally cannot see how the National Council on Substance Abuse would be tasked to carry out a mandate seemingly contradictory to their own “vision statement” which states (as acquired from their website) “To be the authority in Barbados for drug abuse reduction.” Sigh!

His Imperial Majesty sums up that declaration on the rostrum of the UN General Assembly by appealing to the ultimate humanity of man and I end my writing in similar fashion. In light of yesterday’s disclosure of government’s proposed Sacramental Bill, I must include that HUMAN RIGHTS are not ‘things’ to be legislated, requiring permits to be granted for and permissions subjected to revocation. My HUMAN RIGHTS, our HUMAN RIGTHS are not at the behest of an unidentified, ill-defined minister. I and I are NOT 3/5 of a person nor are we hewers of wood and drawers of water! The Rastafari community worldwide has lost a brother in Vaughn Benjamin, in his popular song Bazra, he chants “what a cold soul of love, quote the 23rd psalm and execute what dem do… trample de brute!”, and may he rest in eternal peace!

“The problems which confront us today are unprecedented; they have no counterpart in human experience. Men search the pages of history for solutions, for precedents but alas there are none to be found. This then is the ultimate challenge. Where are we to look for our survival? For answers to questions which have never been asked before. We must look first to almighty God who has raised man above the animals and endowed him with intelligence and reason. We must put our faith in him that he will not desert us or permit us to destroy mankind which he created in his image and we must look into ourselves, into the depth of our souls. We must become something we have never been and for which our education and experience and environment have ill-prepared us. We must become bigger than we have been: more courageous, greater in spirit, larger in outlook. We must become members of a new race, overcoming petty prejudice, owing our ultimate allegiance not to nations but to our fellow men within the human community.”