Barack Obama has said the biggest mistake of his presidency was the lack of planning for the aftermath of Muammar Gaddafi’s ouster in Libya that left the country spiralling into chaos and coming under threat from violent extremists.

Reflecting on his legacy in a Fox News interview aired on Sunday, Obama said his “worst mistake” was “probably failing to plan for the day after what I think was the right thing to do in intervening in Libya”. 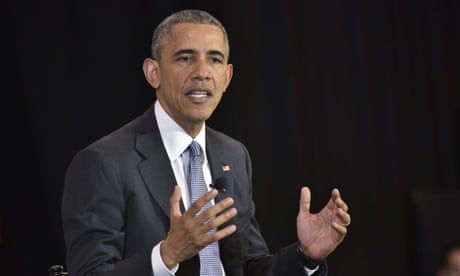 Obama has conceded that the intervention “didn’t work”.

White House spokesman Josh Earnest on Monday said Obama’s regrets extended to what “the United States and the rest of the members of our coalition didn’t do”.

“The president has tried to apply this lesson in considering the use of military and other circumstances,” Earnest said.

“That asking the question about what situation will prevail and what sort of commitments from the international community will be required after that military intervention has been ordered by the commander in chief.” In March, Obama made a searing critique of the British prime minister, David Cameron, and the former French leader, Nicolas Sarkozy, for their roles in the bombing campaign they led in Libya.

Cameron had become “distracted” and Sarkozy wanted to promote his country during the 2011 Nato-led military intervention, Obama said in an interview with The Atlantic magazine.

Since the downfall of Gaddafi, who was killed in a popular uprising, Libya descended into near-anarchy – ruled by rival militias vying for power while the Islamic State group has gained influence in the country.

Article was first published in The Guardian.

The AHF thanks you for your support.