The African Heritage Foundation is honoured to welcome Dr. Odomaro Mubangizi to its website as a regular contributor. You are invited to follow him here as he helps the AHF bridge the gap between Africa and Barbados by sharing with us important developments in and around Africa. Please share with others this the first of his many contributions to come.

Just recently on 8th March we celebrated International Women’s Day.  Also not much known is that the year 2018 was dedicated to women.  These two events urge us to reflect on role of women in public life, and specifically in politics, for that is where major policy decisions that influence society are made.  In celebrating the two related events, I have decided to focus on one young ordinary woman Chrispine Musimenta Rwaboona who comes from Kabale in South Western Uganda.  A look on the internet will not reveal much about this rising political star other than a few facebook posts.  But there is a lot more than meets the eye. 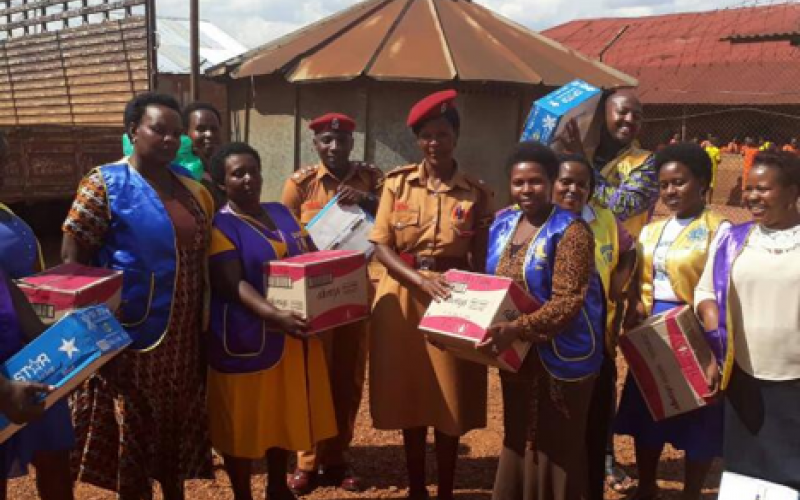 Like most women in Africa and Uganda in particular, Chrispine Musimenta Rwaboona grew up against all odds.  She had to multitask going to the school and at the same time doing family chores like cooking, engaging in gardening and taking care of the home.  Being a last born in a family of eight siblings, meant that she grew up when the elderly parents had run out energy and resources were nearly exhausted.  These challenges did not deter her from pursing her ambition of a quality education close to her home in Kyasano, near Katuna Border.  For her secondary education she went to Rukore High School, where she would walk daily to and from school. This daily journey up to Advanced level built her resilience and physical stamina as a woman.  Her leadership qualities emerged when she was elected Head Prefect of the High School.  While Chrispine enjoyed all her studies, the study of literature stands out as having been particularly exciting.  She recalls how the study of Sophocle’s Antigone, made a deep impression on her consciousness as a young woman.

The major advantage Chrispine had over other siblings as far as education was concerned was the fact she had access to all the school notes and books her elder siblings had used during their Secondary education. Studying while staying at home and in her village exposed her the plight of ordinary poor people who struggle daily to earn a living.  But the disadvantage of this is that she did not have much time for study since she also had to take care of domestic affairs and support her aging parents  Mr. Tadeo Nyebirweki and Mrs. Purikeria Tindikahwa.  This experience shaped her ambition to later on engage in politics and help the less fortunate. 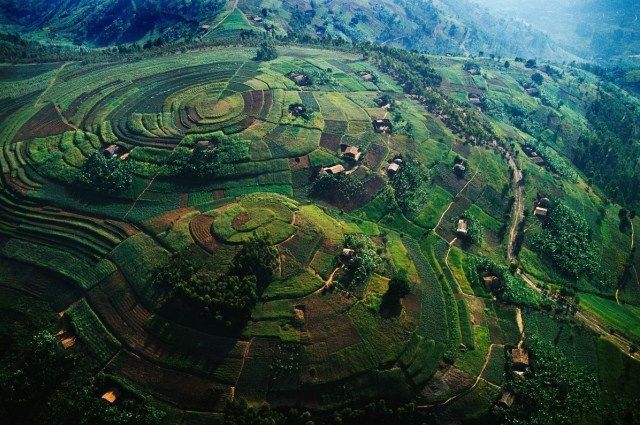 Chrispine’s father the late Mzei Tadeo Nyebirweki had as a legacy for his family, holistic education.  By this he meant education that will not only impart intellectual knowledge but also impart social and practical skills.  Chrispine took this advice seriously and after completing her A-levels, she pursued a nursing course. For one who did not do natural sciences, this, was quite a shift.  She was acutely aware of the health needs of the people of Kabale and most rural areas that suffer from preventable diseases.

As part of the family legacy, Mzei Tadeo Nyebirweki insisted on tree planting and protection of the environment. Chrispine also engaged in tree planting both to supplement her income but also to preserve the environment. The current debate about climate change had been anticipated long ago by Mzei Tadeo Nyebirweki and Chrispine was also aware of this crucial challenge.

When Chrispine got married to Mr. Kennedy Rwaboona, an economist and educationist, this further enhanced her political commitment.  While she was serving as a nurse at St. Maria Goretti Secondary School in Kabale, at Rushoroza hill, a mixed school, she became aware of the challenges the girl-child goes through with regard to menstrual hygiene and issues of gender.  It is during this time that she decide to try out her political skills in municipal politics of Kabale.  She very carefully mobilized a huge following and won the elections and served for some years in Kabale Municipality.  She served as Secretary of the Municipal Council.  Her mentor in this was Dr. Pius Ruhemurana who was the Mayor of Kabale Municipality.  Her husband was also very influential in mobilizing support for her since he has lots of networks in Kabale Municipality.  Chrispine was deeply convinced that education and leadership were both for service.

To reach out to the needy, she and her husband joined Lions Club International. They regularly travelled in the Eastern Africa region.  They together engaged in social development projects to help the less fortunate people in society.

Having detected gaps in her education, Chrispine embarked on studying social work and social administration (SWASA) at Kabale University.  She successfully completed this course, combining her studies, work as a nurse and taking care of her home affairs. It is during these studies that she developed more interest in politics and administration.  She did more readings on leadership especially Stephen Covey’s Seven Habits of Highly Effective People.

While doing all this, she continued her passion for tree planting with her husband.  She continued reaching out to the ordinary people and especially recalling her father’s age old wisdom that instead of spending the day working in the garden, you would rather spend it making friends—in Rukiga: Aho kusiiba ogyire kuhiinga, osiibe ogyire kunwana.

Chrispine Musimenta Rwaboona seems to be driven by the philosophy of “if others can, why can’t I?” As Uganda gears for general elections in 2021, Chrispine has also announced her intention of vying for the Woman MP Representative for Kabale District.  She argues that the incumbent MP for Women in Kabale has not been very active and has not made any noticeable contribution to the debates in the august house.  In her own words, Chrispine claims to have caused panic in the incumbent by her grassroot mobilization and complex networks of supporters.  There is still time to prove whether this claim by Chrispine holds water.  What is clear is that she is determined to fight it out for Kabale Women’s Representative, come rain come sunshine.

On where she draws her political inspiration, she mentions prominent African women leaders like Hon. Rebecca Kadaga, Uganda’s Speaker of Parliament and Thokozile Ruzvidzo who directs the Social Development Policy Division at UNECA in Addis Ababa.

What agenda does Chrispine hope to push in her parliamentary contest? She mentions environmental protection that she has been passionate about since childhood. She also mentions care for the vulnerable and poor people, especially girls, women and youth.  She has a small NGO called Woman Empowerment Institute (WEI) through which she works for the promotion of women’s welfare, in addition to other humanitarian work through Lion’s Club that she is a member of.  She strongly believes that with small coordinate efforts one can make a difference in people’s lives.  Small jobs can be created, small scales farmers can increase their production with some extra skills in farming and soil conservation, and with some business skills rural women can increase their income and savings.  All this she learnt from her parents who were able to raise their children and educate them to the highest level possible and make them self-reliant.  She also believes in instilling values of hard work, and cooperation for development.  Coming from Kabale that is known for its famous hills and amazing scenery, Chrispine also hopes to develop tourism potential of “Switzerland of Africa”, as Kabale is nicknamed.

Chrispine’s ambitions do not stop at wanting to represent women in Kabale, she hopes to move higher and join the AU Parliament, since she also believes in pan-Africanism and regional integration.  Living near the Rwanda-Uganda Border, she knows the benefits of cross-border trade and free movement of peoples and goods. Her own late father Mzei Tadeo Nyebirweki benefitted from living close the Katuna town post that connects Uganda to Rwanda.

We can only wish Chrispine the best in her political ambitions and hope that she will inspire more young women to engage in transformational politics, motivated by a spirit of service and empowering the less fortunate in our societies.

Dr. Odomaro Mubangizi, teaches social and political philosophy at the Institute of Philosophy and Theology in Addis Ababa, where he is also Dean of the Department of philosophy. He edits the Justice, Peace and Environment Bulletin.