The African Heritage Foundation (AHF) invites you to attend its celebrations for the 132nd anniversary of the birth of Mwalimu Marcus Garvey. This activity entitled “We Remember” will take place on the 17th August at the AHF’s headquarters on Two Mile Hill, St. Michael. The AHF will also be launching it Warri club initiative on that day.

Due to the fact that one portion of the activity is centered around the youth, starting time is at 3.30pm and continue until 6.00pm. Guest are invited to stay later than 6.00pm for a mix and mingle featuring DJ music that celebrates Marcus, his life and work. To find out more about “We Remember” please contact the AHF at 260-4795 or email info@afrikanheritage.com

To set the right energy for this day, the AHF now shares with you some revolutionary days to note in August.

The 3rd of August marks the 186th anniversary of the birth of the educator, writer, diplomat, and politician Edward Wilmot Blyden in 1832. Blyden is regarded by some as the “Father of Pan Africanism” and credited with coining the slogan “Africa for Africans”.

The 5th of August marks the 182nd anniversary of the passing of Anna Douglass in 1882. She was an abolitionist, member of the Underground Railroad, and the first wife of AmeriKKKan social reformer and statesman Frederick Douglass. The 5th of August marks the 80th anniversary of the birthday of James Cone in 1938. Cone was a theologian and a leading theoretician of Black Liberation Theology.

The 7th of August marks the 48th anniversary of Black August Rebellion of 1970. Black August originated in the California’s penal system to honour fallen Black revolutionaries such as Jonathan Jackson, George Jackson, William Christmas, James McClain and Khatari Gaulden. Jonathan Jackson was gunned down outside the Marin County California courthouse on 7 August 1970 as he attempted to liberate three imprisoned Black Liberation fighters.

The 16th of August marks the 6th anniversary of the Marikana Uprising when the South African Police opened fire on a crowd of protesting Black people in Marikana, in the North West Province, in 2012. The police killed 34 Black people and left 78 seriously injured. In addition, 250 of them were arrested.

Dessalines was ambushed by his own lieutenants. They dragged his body through the streets before it was dismembered. He was the second in command under François-Dominique Toussaint Louverture, who was the cardinal leader of the Haitian Revolution.

The 18th of August marks the 41st anniversary of the final arrest of Bantu Biko in 1977. He was arrested at a roadblock in Makhanda (Grahamstown) on his way from a political meeting in Cape Town. He was detained in Port Elizabeth under the Terrorism Act and tortured to death.

The 21st of August marks the 47th anniversary of the assassination of the revolutionary, George Lester Jackson by prison guards, during a Black prison rebellion at San Quentin, in 1971. Jackson is also the author of the books Soledad Brother: The Prison Letters of George Jackson and Blood In My Eye.

The 22nd of August marks the 187th anniversary of the Nat Turner’s slave rebellion in 1831. This rebellion started just after midnight in Southampton County, Virginia. It resulted in the deaths of more than 50 Whites and in retaliation, hundreds of Blacks were killed.

The 22nd of August also marks the 29th anniversary of the passing of one of the founders of the Black Panther Party, Huey Newton, in 1989. The 26th of August marks the 121st anniversary of the capture of Kgosi Galeshewe by the British land thieves in 1897.After his capture he was sentenced to ten years imprisonment with hard labour. He served five years at the Breakwater prison in Cape Town.

The 30th of August marks the 70th anniversary of the birth of one of the cardinal leaders of the Black Panther Party, Fred Hampton in 1948. Hampton was the deputy chairman of the Illinois chapter of the Black Panther Party and was assassinated (at age 21) while sleeping in his apartment during a raid by the Chicago Police Department and the Federal Bureau of Investigation (FBI).

The 31st of August marks the 83rd anniversary of the birth of one of the primary leaders of the Black Panther Party, Eldridge Cleaver. Cleaver is also the author of the book Soul on Ice. 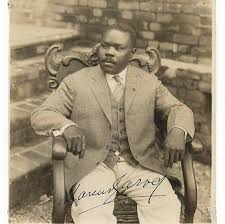