Medicinal cannabis and the human right to health: the Quayle case and international case law

R v. Quayle; R v. Wales; R v. Taylor and another; R v. Kenny; Attorney General’s Reference (No. 2 of (2005) (hereafter, Quayle) is the leading UK case on the right to use cannabis medicinally. It involves a group of cases heard conjointly by the Court of Appeal. All of the individuals suffered from a range of medical conditions, including (but not limited to) phantom limb pain, multiple sclerosis, AIDS and pancreatic cancer, and they tried to alleviate associated pain and other symptoms through using cannabis. The majority were convicted at trial under the Misuse of Drugs Act, 1971 (hereafter the MDA), for either possession, possession with intent to supply, or cultivation. The individuals wished to challenge their original verdicts through arguing that the prohibitions on their right to self-medicate infringed their human rights. Concurrently, the Attorney General was appealing a case whereby one defendant, Mr Ditchfield, was acquitted at his trial, as the jury accepted his defence of medical necessity for supplying cannabis to multiple sclerosis and cancer sufferers. Therefore, as well as the human rights arguments, Quayle and others were additionally appealing against the decision of their trial judge not to put the medical necessity defence before a jury. The judges dismissed all of the appeals and agreed with the Attorney General that the defence of medical necessity was not applicable to those who wished to supply cannabis to others. 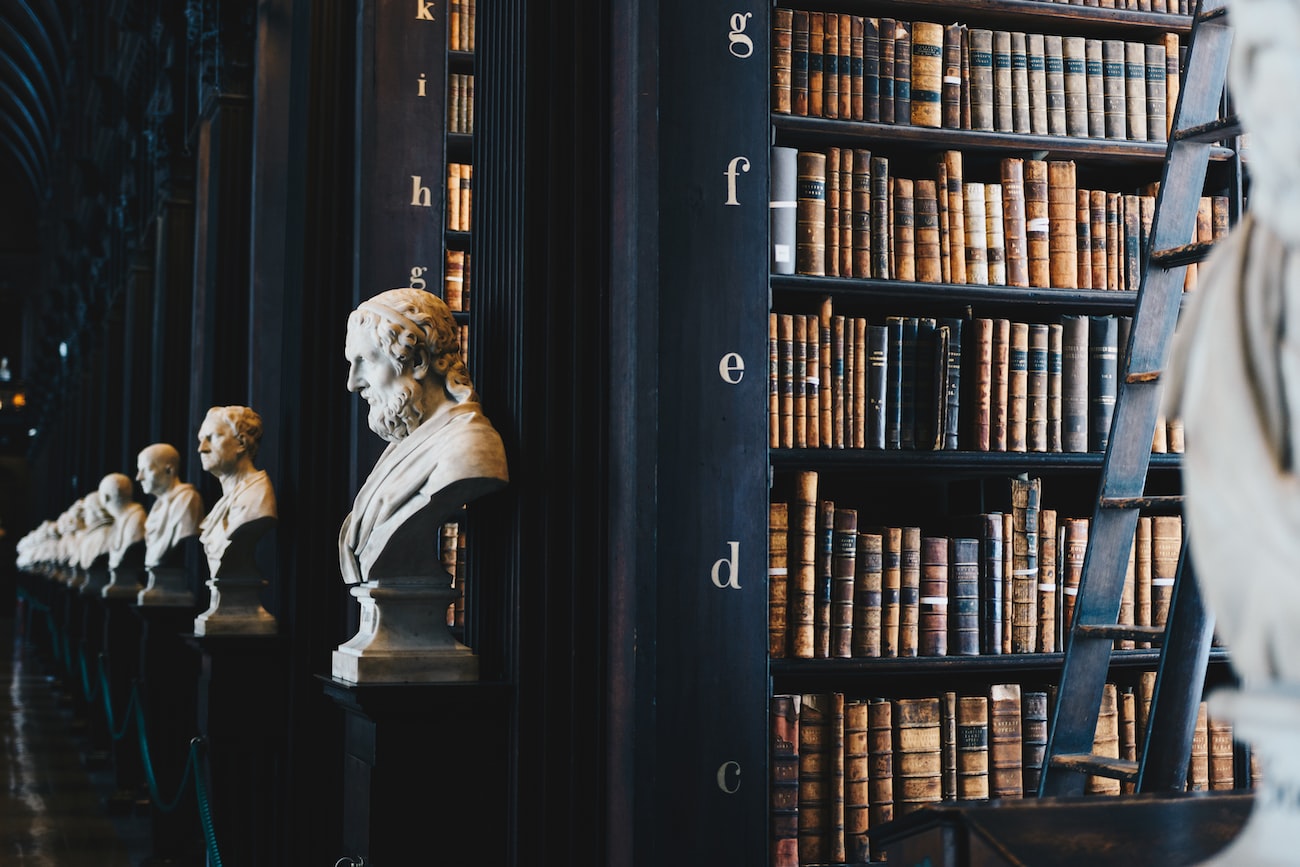 By focusing on whether the cannabis use was necessary and was the only means by which the defendants could alleviate their conditions, the judicial reasoning failed to challenge the status quo and whether it was in fact the prohibition of cannabis which was wrong through infringing individual autonomy and human rights to health. Nevertheless, the appellants still sought to rely upon Article 8(1) in the ECHR to argue that an absolute prohibition of cannabis infringed their human rights to self-medicate. Article 8(1) provides that: ‘Everyone has the right to respect for his private and family life’. The Court of Appeal held that whilst Article 8(1) could be infringed in relation to those self-medicating with cannabis, any infringements would be justified due to the limitations contained within Article 8(2) ECHR. Such limitations allow the court to restrict an individual’s human right where it is deemed to be necessary in order to protect (amongst other interests): public safety, public health, morals, or the rights and freedoms of others. However, there was a complete refusal to analyse the grounds on which the court was able to limit the defendants’ Article 8 rights. The issue was simply deferred to parliament in line with Beck’s (2008) observation that the judiciary rarely wish to challenge the executive in politically sensitive areas. We might, however, feel entitled to expect that when a State makes a claim about protecting its citizenry, it should be required to thoroughly analyse exactly what it is that is being protected and to specify the justification for restricting a human right. Whilst superficially the limitations are employed on a ‘harm-to-others’ rationale, the fact that the supposed harms fail to undergo any empirical analysis exemplifies the circumscribed nature of the judicial balancing process. What is more, the judiciary made reference to the Runciman report (the Police Foundation, 2000) and that committee’s conclusions that the therapeutic benefits an individual could derive from cannabis outweighed the risks to themselves or society, yet they failed to analyse the conclusions drawn. Instead, they consistently made reference to the fact that they were required to operate within the prevailing ‘legislative scheme’ (Quayle, p. 3643; paras. 54, 67). The judges therefore adopted a narrow reasoning process when considering the health rights of medicinal cannabis consumers, an approach which has been followed consistently by the UK judiciary (e.g. see R v. Altham, 2006). The international cases on medicinal cannabis use presents a rather different story. The separation of state and federal political and legal systems, particularly within the US, has facilitated diverse regulatory and judicial approaches. At the time of writing, 23 US states and Washington DC have legalised and regulated medicinal cannabis to varying degrees. A growing number of other jurisdictions, including Canada, the Netherlands, Israel and the Czech Republic, also have provisions legalising and regulating cannabis for medicinal purposes (Rolles & Murkin, 2013). In the US, activists first exploited the legal ‘space’ between state and federal laws through the enactment of Proposition 215 or the Compassionate Use Act (1996). This Act allowed doctors in California to recommend cannabis to patients, where primary caregivers would possess and cultivate it for the consumer’s personal medical use. Other states followed suit, thus facilitating a de facto legal foundation for various regulatory models such as cannabis social clubs or dispensaries. This has left the legal position in some tension between the state and federal levels. In 2003, the US Supreme Court agreed with an appeal court ruling that threats from the federal government to revoke doctors’ licences based on their medical cannabis recommendations violated core privacy rights, protected by virtue of the privileged status of the doctor/patient relationship (Conant v. Walters, 2003). This decision resolved the tension between State and individual interests by approving this special relationship, as a doctor’s duty to the patient should not be sacrificed to avoid prosecution from the federal government. The California Court of Appeal decision in City of Garden Grove v. Superior Court (2007) similarly accords strong weight to state regulations, since the police department was ordered to give the defendant his cannabis back stating that ‘because the act is strictly a federal offense, the state has no power to punish […] it […] as such’. 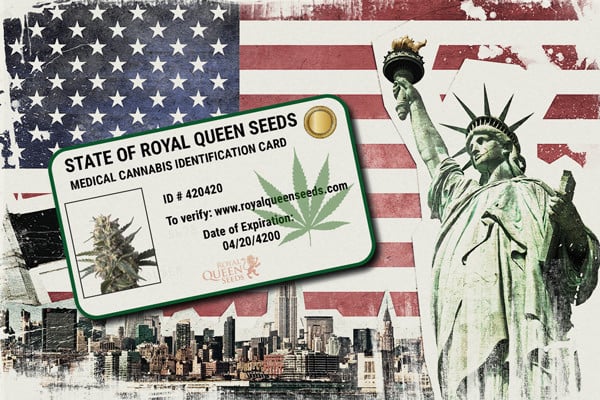 Despite this, the US Supreme Court has also upheld the ability of federal officials to enforce federal law which conflicts with state law. In US v. Oakland Cannabis Buyers’ Cooperative (2001) and Gonzales v. Raich (2005), the courts failed to accord any weight to individuals’ autonomy and ignored the social benefits of how cannabis cooperative systems alleviate access hardships faced by patients, by simply deferring to the legislature, in a similar manner to Quayle. In contrast, in the Canadian case of R v. Parker (2000), which concerned the defendant’s use of cannabis to control his epilepsy, the incompatibility between the right to health protected under s.7 of the Canadian Charter of Rights and Freedoms and the prohibition of cannabis cultivation and possession under the Controlled Drugs and Substances Act 1996 was successfully challenged as contrary to ‘fundamental justice’. Moreover, Canadian applicants additionally challenged the constitutionality of their Marihuana Medical Access Regulations (MMAR) in 2003, on the grounds that medicinal consumers had no legitimate access to cannabis, despite legal exemptions allowing for its use (Hitzig v. Canada, 2003). The Ontario Superior Court declared that the regulations were unconstitutional; consequently, Health Canada is now able to dispense cannabis to medicinal consumers. Thus, the judicial process both reflects and constitutes the laws and policies relating to medicinal cannabis. Though the international case law is inconsistent, a human rights perspective arguably sheds light on how formalised and informalised regulatory models can develop. These international comparisons also suggest how the UK’s approach to health in this context has been unduly narrow and rigid.