It is Friday and the African Heritage Foundation’s homeschoolers have a day of English Language, History and Art ahead of them.

Here is today’s history lesson, presented in the form of a comprehension. This history comprehension is more suited to children aged 14+. This exercise also includes summary writing and composition.

The passage is taken from “Long Reads”. 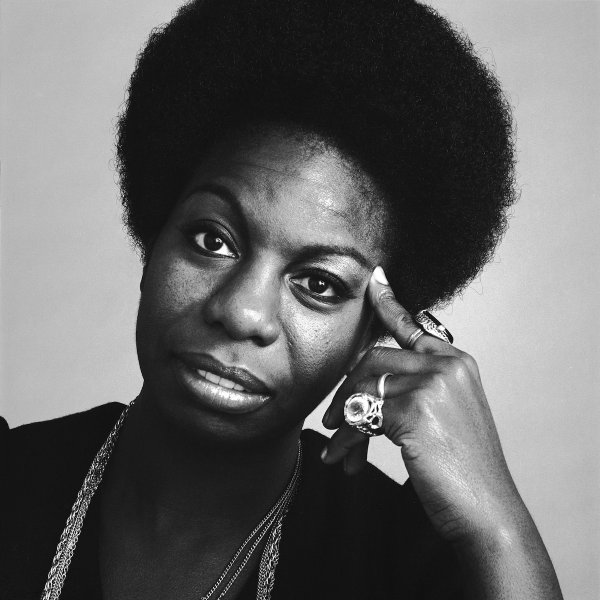 On June 12, 1963, in the early morning after President John F. Kennedy’s Civil Rights address, activist Medgar Evers was shot in the back as he stood in the driveway of his Mississippi home. He was returning from a meeting with NAACP lawyers and officials, and carried an armload of T-shirts that read “Jim Crow Must Go.” Evers was taken to a local hospital, where he died less than an hour after being admitted.

On September 15, 1963, four girls were killed when white supremacists planted more than a dozen sticks of dynamite beneath the side steps of the African-American 16th Street Baptist Church in Birmingham, Alabama. The children were preparing for a sermon titled “A Love That Forgives.” According to one witness, their bodies flew across the basement “like rag dolls.”

When she heard the news, jazz musician Nina Simone was paralyzed. “It was more than I could take,” she remembered, “and I sat struck dumb in my den like St. Paul on the road to Damascus: all the truths that I had denied to myself for so long rose up and slapped my face. The bombing of the little girls in Alabama and the murder of Medgar Evers were like the final pieces of a jigsaw puzzle that made no sense until you had fitted the whole thing together. I suddenly realized what it was to be Black in America in 1963, but it wasn’t an intellectual connection…it came as a rush of fury, hatred and determination. In church language, the Truth entered into me and I ‘came through.’”

Simone’s initial reaction was less than Christian. “I had it in mind to go out and kill someone,” she remembered. “I tried to make a zip gun.”

Andy, her husband and manager, intervened. “Nina,” he said, “you can’t kill anyone. You are a musician. Do what you do.”

An hour later, Nina Simone had composed a song called “Mississippi Goddam.” “It was my first civil rights song,” she recalled, “and it erupted out of me quicker than I could write it down.”

“Mississippi Goddam” became one of Nina Simone’s most famous compositions. It redirected her career. Crisply honest, it is a pure expression of rage and an indictment of inequality. Stylistically, it leapfrogged the righteous, passive anthems that characterized protest music of the time. It was knowing, biting, and inciting.

It was a step Simone was reluctant to take. “Nightclubs were dirty, making records was dirty, popular music was dirty and to mix all that with politics seemed senseless and demeaning,” she wrote in her autobiography I Put a Spell On You. “And until songs like ‘Mississippi Goddam’ just burst out of me, I had musical problems as well. How can you take the memory of a man like Medgar Evers and reduce all that he was to three and a half minutes and a simple tune? That was the musical side of it I shied away from; I didn’t like ‘protest music’ because a lot of it was so simple and unimaginative it stripped the dignity away from the people it was trying to celebrate. But the Alabama church bombing and the murder of Medgar Evers stopped that argument and with ‘Mississippi Goddam,’ I realized there was no turning back.”

“‘Mississippi Goddam’—that’s using God’s name in vain,” said comedian and activist Dick Gregory. “She said it, talking about ‘Mississippi, goddamn you.’ We all wanted to say it, but she said it. That’s the difference that set her aside from the rest of them.”

Shortly after the song’s debut in New York, Nina Simone performed it to a mostly white audience at Carnegie Hall in March, 1964. It starts off at a clip. “The name of this tune is Mississippi God-DAMN,” Simone declares to nervous laughter as the band vamps behind her, “…and I mean every word of it.”

Alabama’s got me so upset

Tennessee made me lose my rest

And everybody knows about Mississippi

The arrangement is at apparent odds with the sentiment. It’s a vaudeville tune, a clip from a musical review. It makes you see chorus boys, bright in the footlights, dancing in unison. But this is a dark message, delivered in a white envelope. Simone repeats the first verse more insistently, then asks for a witness in the middle eight.

Can’t you see it

Can’t you feel it

It’s all in the air

I can’t stand the pressure much longer

Somebody say a prayer

…then a recapitulation of the verse, to complete the standard AABA form.

What happens next is fascinating, and we need to discuss a little music theory to talk about it. Simone doesn’t change key, but begins playing in the relative minor. Musically, it’s like looking at the opposite side of the same coin: major chords (in this case A-flat, the song’s key base) are generally considered bright and happy, while minor chords (F minor here) are understood to be more melancholy and sinister. Because A-flat and F minor reside in the same key, we understand them as being of a piece. They may have a different root, but share the same scale. Not only that, A-flat is the very note that changes an F chord from major to minor. Simone is demonstrating, tonally, that there are two very different stories to be told from the American perspective: one of majority and one of minority. Furthermore, the existence of one causes the desolation of the other.

“This is a show tune,” Simone explains over the new minor vamp, “but the show hasn’t been written for it yet.” More tittering from the uncertain audience.

Then, a little over a century after President Lincoln issued the Emancipation Proclamation, Nina Simone slaps gradualism in the face and throws politeness out the window. “You don’t have to live next to me,” she sings. “Just give me my equality.”

Yes you lied to me all these years

You told me to wash and clean my ears

Oh but this whole country is full of lies

I don’t trust you any more

“Mississippi Goddam” was included on the album “Nina Simone In Concert,” and released as a single, with the offending word bleeped out. “It may be the most topical selection in years,” read the sleeve notes. “This outstanding message song, with the great ‘SIMONE’ feel and rhythm, makes this a @*?!!;; hot disc.”

One box of promotional singles was returned from South Carolina with each record broken neatly in half. Most southern states banned the song.

“Nina Simone In Concert” contains another original composition, “Old Jim Crow.” Jim Crow was a character originating in a blackface minstrel song from the 1820s, and was the name of the prevailing racial caste system in the South after slavery.

“Oh I’m a roarer on de fiddle, and down in old Virginny,” goes the original lyric to “Jump Jim Crow” from 1828,

Eb’ry time I weel about and jump Jim Crow

“Old Jim Crow, what’s wrong with you?” Nina Simone sings in her song.

It’s not your name, it’s the things you do

It’s all over now

There were many songs sung during the Selma to Montgomery Civil Rights March in early 1965, a year after Nina Simone’s concert at Carnegie Hall. The marchers burst into “We Shall Overcome,” the anthem of the Civil Rights movement, several times. (Folk music icon Pete Seeger had taken the old spiritual and replaced “I will” with “We shall” in the title, making it a more universal pean to perseverance and gradualism.) Two young supporters sang “Woke Up This Morning With My Mind Stayed on Freedom” after Dr. Martin Luther King Jr.’s remarks in Selma on the morning of the march. Along the route, white supremacists blasted “Bye, Bye Blackbird” from loudspeakers.

At the end of the march, in Montgomery Alabama on March 25, a concert was given. Ten thousand people gathered around so tightly that 57 of them fainted. Accompanied only by her guitarist, Nina Simone sang “Mississippi Goddam” on a stage made from empty coffin crates. After the performance, she was introduced to Martin Luther King.

“I’m not nonviolent!” she declared, sticking out her hand.

The terrible decade ground on. A tense interview with Down Beat in January, 1968 was interrupted when segregation came up. “What kind of thing are you doing?” asks husband and manager Andrew Stroud. “We’re not interested in the race issue.” Later that year, when Martin Luther King, Jr. was assassinated, Simone and her bassist Gene Taylor composed “Why? (The King of Love Is Dead).”

Nina Simone moved to Europe and Africa in the early 1970s. “I left this country because I didn’t like this country,” she told an interviewer. “I didn’t like what it was doing to my people and I left.” She was ever after associated with the Civil Rights movement, even though her ultimate conclusion was that political music was a professional liability. She told one interviewer that she regretting writing “Mississippi Goddam” because it hurt her career.

“There is no reason to sing those songs, nothing is happening,” Simone told the interviewer in the 1980s. “There’s no Civil Rights movement. Everybody’s gone.”

But there had been a reason to sing those songs, even when it was done at personal expense. “It was dangerous,” she said about performing for the movement’s marches and rallies. “We encountered many people who were after our hides. I was excited by it, though, because I felt more alive then than I do now because I was needed, could sing something to help my people, and that became the mainstay of my life, the most important thing.”

On another level, Nina Simone, as a musician, understood the universality of being human. Music, after all, is our common emotional language. It does not know age, or race, or class, or gender. Though it informs each, it is available to all. Protest music, specifically, is nothing more than a complaint when such equality — a condition articulated by our founders, but not yet fully achieved — is violated.

“It’s funny about music,” she said at the end of the Down Beat interview. “Music is one of the ways by which you can know everything which is going on in the world. You can feel…through music…Whew…you can feel the vibrations of everybody in the world at any given moment. Through music you can become sad, joyful, loving, you can learn. You can learn mathematics, touch, pacing…Oh my God! Ooh…Wow…You can see colors through music. Anything! Anything human can be felt through music, which means that there is no limit to the creating that can be done with music. You can take the same phrase from any song and cut it up so many different ways — it’s infinite. It’s like God…you know?” 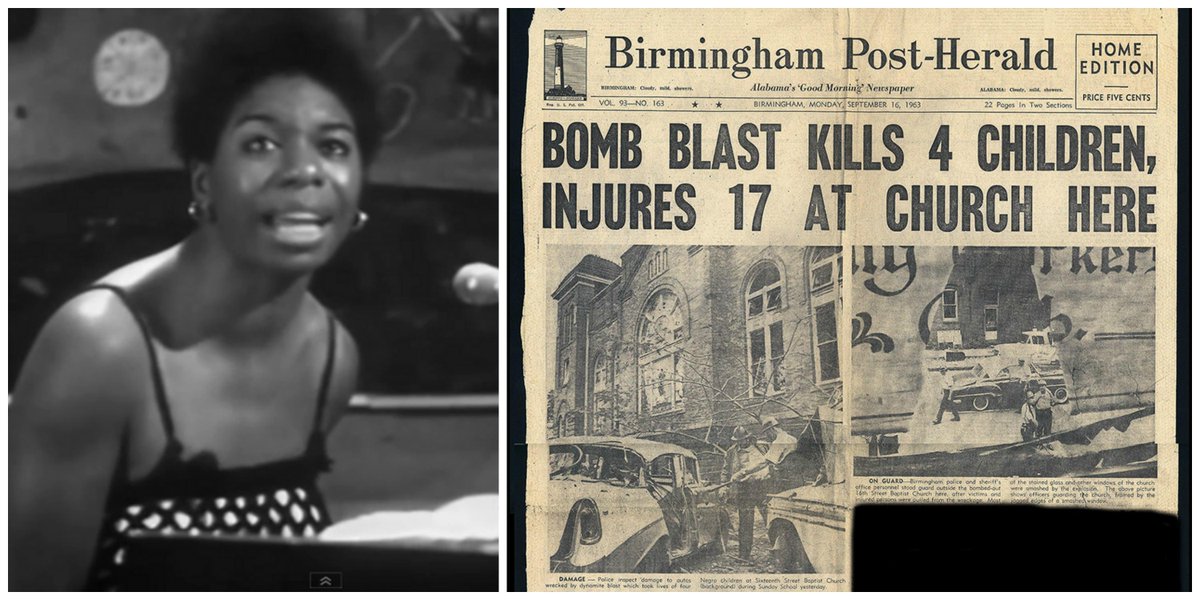 Write a summary of this passage, in the form of a fable. Fable must be less than 500 words. Pay attention to paragraphs and punctuation.