MY father, His Highness Ras Makonnen, was the son of the Princess Tanagna Warq, the daughter of the great King Sahla Sellasse of Shoa. His father was Dejazmatch Walda Mika’el Walda Malakot of the Doba and Manz nobility. He was born on the 1st of Genbot 1844 (= 8th May 1852) at a place called Darafo Maryam in the district of Gola. Ras Makonnen remained with his father for about 14 years; this was, of course, at a time when Menelik II, the son of Makonnen’s uncle King Hayla Malakot, was still only King of Shoa. His father, Dejazmatch Walda Mika’el, then took him to Menelik and said: ‘Let this my son, your aunt’s offspring, grow up with you in your palace’. And Menelik made Makonnen his special companion-quite apart from the chance fact of their family ties.

Subsequently, since King Menelik had become convinced of Makonnen’s loyalty and skill in the
service of his government (having tested him many times in various tasks to which he had  appointed him), he raised him to the rank of Balambaras when he was aged 24 in the year 1868 (= 1876). At this time Makonnen married Wayzaro Yashimabet, my mother, as his lawful wife.

While Menelik II was still only King in 1879 (= 1886/7), he conducted a military expedition into the Harar region and restored this ancient province to Ethiopia. Since it had become known to him that my father was valorous in battle and a friend and leader of soldiers, he appointed him, at the time of Harar’s occupation, Governor of the town and its province as well as Commander-in-Chief with the rank of Dejazmatch. And similarly, after Menelik II had been anointed King of Kings of Ethiopia, he appointed my father to the dignity of Ras in Miyazya 1882 (= April 1890).

When my father conducted military expeditions in the Harar region, he did so leaving behind in Shoa my mother, Wayzaro Yashimabet, his lawfully wedded wife whom he had married according to Christian custom. When the war was over and the country began to be pacified, he let her come to Harar.

He then secured the Ogaden region which had not yet been incorporated within Harar province. While temporarily he still had to lay plans of war, he yet continued easing the taxburdens which weighed heavily upon the population.

I was born on the 16th of Hamle 1884 (= 23rd July 1892), in the year of John, at Ejarsa Goro, not far from Harar. Wayzaro Mazlaqiya, the daughter of my father’s sister Wayzaro Ehta Maryam, had married Dejazmatch Hayla Sellasse Abaynah; when I was 4 months old she gave birth to Emru (now Ras Emru), and the two of us grew up together as if we were twins. When we were aged seven, my father arranged for a special teacher for us and we began receiving instruction at our home. In our tenth year, three years after beginning our education, we were able to read and write Amharic and Ge’ez. Our upbringing was like that of the sons of ordinary people, and there was no undue softness about it as was the case with princes of that period.

My mother, Wayzaro Yashimabet, being barely 30 years of age, died on the 6th of Magabit 1886 (= 14th March 1894) and was buried within the precinct of St. Michael’s church21 at Harar, by the Epiphany water. All this I heard, of course, much later from those in charge of my upbringing. 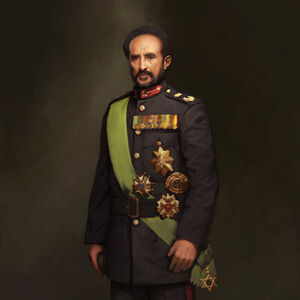 Many were the months which my father, H.H. Ras Makonnen, had to spend travelling to Addis
Ababa and on military expeditions to other provinces of Ethiopia-more, in fact, than he was able to remain in his own governorate of Harar. He also went to foreign countries as envoy of the government.

Here are some of the journeys undertaken by my father: in 1881 (= 1888/9) he was sent to Italy; in 1888 (= 1895/6), during the Alage campaign, he conducted the military expedition as Commander-in-Chief and was accompanied by Ras Wale, Ras Mika’el, Ras Mangasha Atikam, Ras Alula, Dejatch Walde, Fitawrari Gabayahu, Fitawrari Takle, Liqa Makwas Adnaw, and Qagnazmatch Taffasa; in 1890 (= 1897/8) he undertook a campaign in western Ethiopia, at the Sudan border, into what is called Arab country; this is the region nowadays referred to as Beni Shangul.

In 1891 (= 1898/9), since it had been reported that Ras Mangasha, the Governor of the Tigre
province, had rebelled against Emperor Menelik, Ras Makonnen was despatched into Tigre and
brought about a reconciliation between Mangasha and the Emperor. Subsequently, in order to
safeguard the security of the province-just as he had done when he occupied Harar-he remained in charge of Tigre for about two years and then returned. In 1894 (= 1902) he was sent to England for the coronation of King Edward VII. In addition to all this, it was he who had to carry out and to conclude the whole business of relations with foreign countries which is nowadays undertaken by Ministers of Foreign Affairs. And consequently he had to go to and fro to Addis Ababa each year being summoned to consult with Emperor Menelik about every important matter as yet undecided, after correspondence by post and conversations by telephone. As the railway did not yet exist as it does today, the journey by slow march from Harar to Addis Ababa took a month. 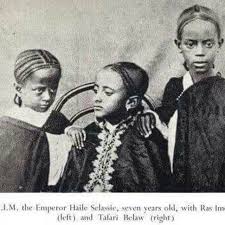 Since my father had seen European civilization, having been to Europe twice, and since he was convinced of the value of education, through conversing with some of the foreigners who had come to Ethiopia, he strongly desired that I should learn from them a foreign language. My father had established a hospital in his city of Harar and had brought into his employment a gentleman from the French colony of Guadeloupe, a physician by the name of Dr. Vitalien.

With this object in mind, my father arranged that the doctor should teach us French an hour or so a day when he could be spared from curing the sick; and so we began our lessons. My father had a strong desire to see the people get accustomed to the work of civilization which he had observed in Europe and to make a start in his governorate. It was for this reason that he had established the first hospital in his city of Harar. A year after my father’s death the French Government purchased this hospital, by the following accord, from Menelik II for 50,000 francs. 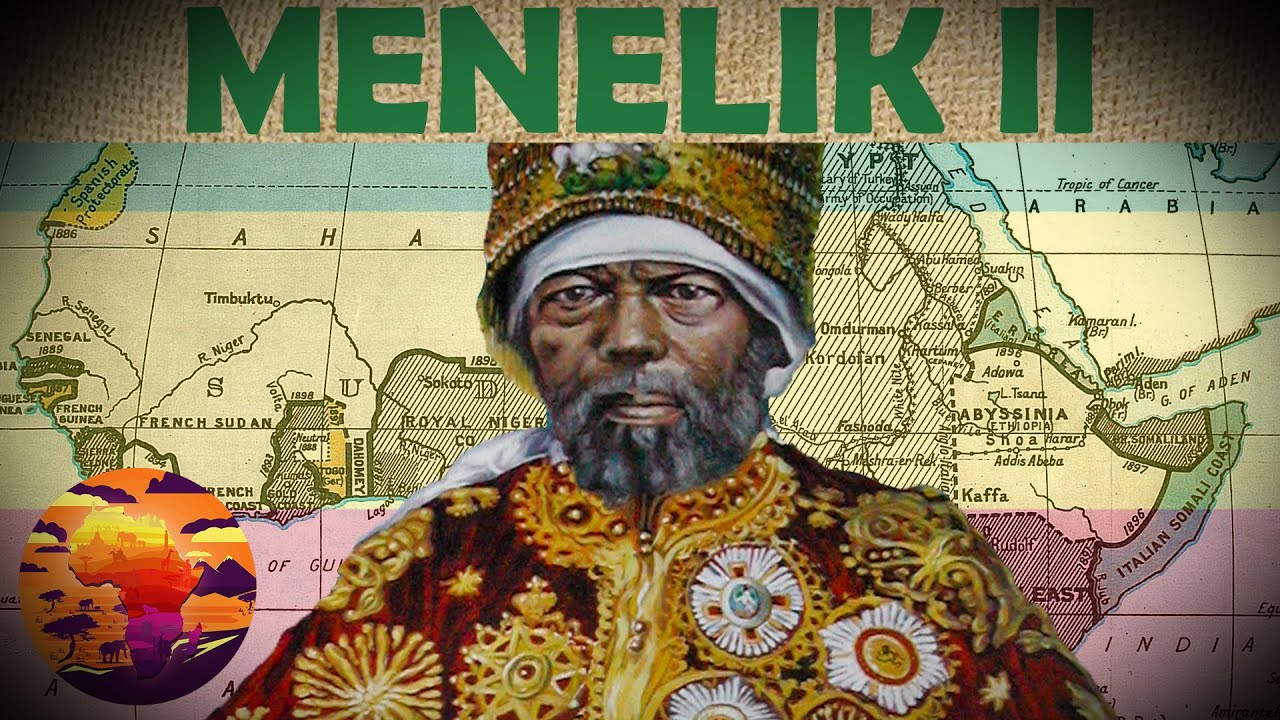 The Lion of the Tribe of Judah has prevailed. Menelik II, Elect of God, King of Kings of Ethiopia.

May it reach Dejazmatch Yelma. How are you? Thanks be to God, I am well. M. Klobukowski, the Special Envoy and Minister Plenipotentiary in Ethiopia, has acquired, on behalf of the government of the French Republic, the hospital which Ras Makonnen had established at Harar and to which the French Government had brought a doctor to care for the sick of our country. And, therefore, have the ground-design and dimensions of this hospital measured and have the title-deeds written out and consign them to M. Naggiar, the French Consul at Harar. 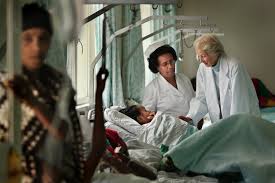 My father was anxious that I should learn French as quickly as possible, but because he became convinced that Dr. Vitalien’s lesson of only an hour or so a day would not bring us closer to this target, he had a word with Abba Andreas who was a resident in the city of Harar. He sent us an Ethiopian, called Abba Samuel, who had grown up as a pupil in his mission establishment. He set out to teach us with care and attention. Even so, we did not give up our daily lessons with Dr. Vitalien.

Abba Samuel, our teacher, was the son of Alaqa Walda Kahen. He is the Walda Kahen who was converted to Catholicism at the time when Abba Masyas of the Italian mission arrived in Shoa. It is for this reason that his son Abba Samuel had entered the Catholic Mission compound and studied there. Abba Samuel was a good man who possessed great knowledge, who applied himself to learning and to teaching, who in goodness and humility gathered knowledge like a bee from anyone, who was devoted to the love of God and of his neighbour, and who did not strive to find enjoyment of the flesh but of the soul. I am saying this because I had known him extremely well while we were together some ten years. 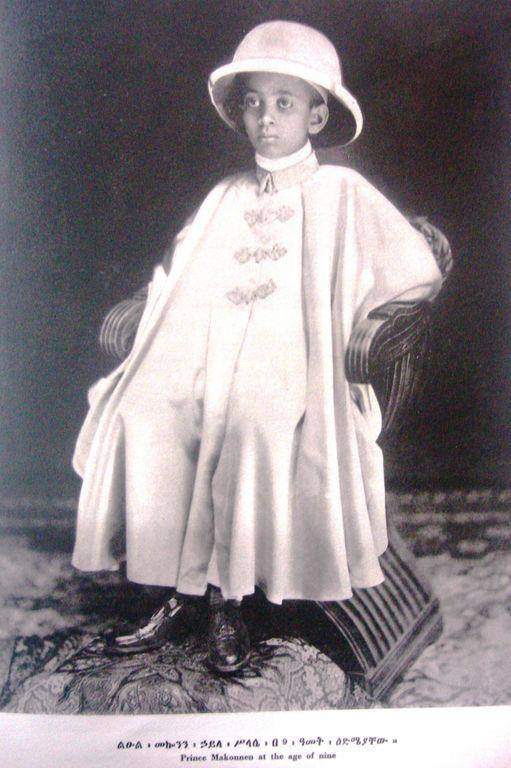 As has been observed in the preface of this book, I decided to write a record of my work beginning at the age of thirteen; everything I had done prior to that was under the direction and guidance of my tutor. From the age of thirteen onwards, although my physical strength may not have been great, my spiritual and intellectual powers began to increase gradually and thus had the entrance gate of this world opened. And this was the time at which I started to act on my own will, without being ordered by my tutor, distinguishing good and evil, and conscious that this action would offend others, that action would give pleasure, this being damaging, that on the other hand useful-and thus I began to climb the ladder of introduction to the world.

As the love that existed between H.H. my father and myself was altogether special, I can feel it up to the present. He always used to praise me for the work which I was doing and for my being obedient. His officers and his men used to love me respectfully because they observed with admiration the affection which my father had for me. I observed H.H. my father striving to fulfil, to the best of his ability, the Christian ordinances enjoined, by giving his money to the poor in trouble and to the church, and by praying at every convenient hour. As I grew up, the spiritual desire was guiding me to emulate him and so to conduct myself that his example should dwell within me. There was no-one who did not know that my father’s way of life was as described here above, either in the Palace or among the clergy. Of the great of that period there are still several alive at the time this book is being written, and everyone knows that it is not exaggerated. As my father noticed that all my
inclination was directed towards education, his joy was constantly increasing in the measure of his affection.