The reason why the rancour between Ledj Iyasu and myself began

After my appointment to the governorship of Harar and my marriage to Wayzaro Manan, I lived happily for about a year. But thereafter, since in this world joy and sadness always alternate, my joy began progressively to change into sadness. The reason for this is as follows: 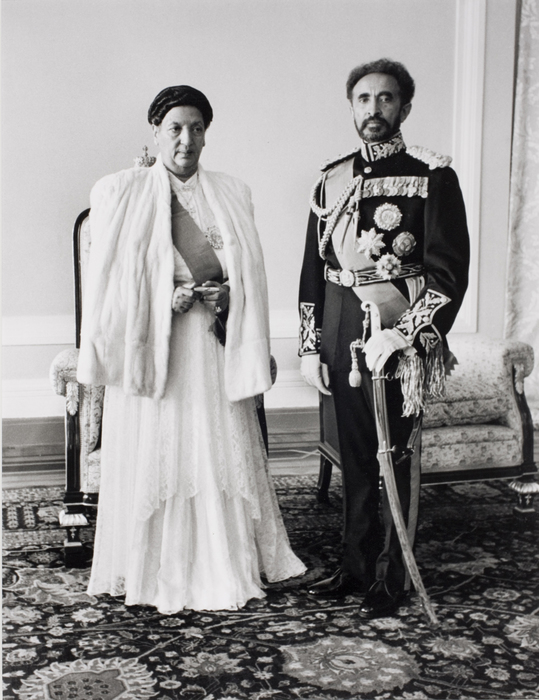 After the death of Ras Bitwaddad Tasamma, who had been Ledj Iyasu’s guardian and regent of the Empire, no other guardian had been appointed for Ledj Iyasu. But the latter thus sought in everything the company and counsel of worthless men who only wanted their own immediate profit, while the great nobles and ministers became hostile and removed their hearts from him.

Those worthless men whom he had made advisers associated with some foreign traders and said: ‘We are importing from abroad commodities like this; we are sending abroad goods like that, hence excuse us customs-duties.’ Very few only were those who sought the truth and advised him as follows: ‘Quite apart from obtaining permits by fraud, if they do this your government will be harmed; if they do that your government will profit; if they do this rotten thing, the people will be hostile.’

Furthermore, when he claimed, by virtue of his Wallo descent, to be descended from the Prophet Muhammad, counting back some forty generations, and when he worked for a meeting and rapprochement in faith with the Muslims, he would not accept it if anyone tried to advise: ‘Lay off, for it is this sort of thing that will bring damage upon your government and upon yourself.’ He began to arrange for the Palace arms and all the other excellent equipment to go to Negus Mika’el.

While, in doing all this, he was aware of everybody’s hostility, and instead of watching things by being in one place, he did a great deal of roaming about, joyfully invading tranquil provinces and killing people, some time going to Gimira, another to Wallo, yet another to Adal country, and sometimes to Harar. The blood of many was flowing. When he returned from his trips, the nobles and ministers, tendering advice and getting angry, all despaired when they realized their inability to restore his mind to sanity.

There were, however, some who advised him as follows: ‘If the honour of the great nobles of Menelik’s time were reduced and their rank diminished, then it would be convenient for you to raise to office the humble; it would assuredly result from this that these minor figures will respectfully love you alone, and with their support you will be able to act as you wish and to destroy your enemies.’ As this appeared to him to be true, he began to strive to bring this about.

He himself came upon me at Harar in 1907 (= 1914/15), summoned my army’s officers and the great among the peasants, and asked at a secret meeting: ‘Tell me if there is a wrong that Dejazmatch Tafari has done you.’ He then granted audiences while giving advice to my detriment, stayed for a few days and then returned. I heard this from men who had actually been questioned. 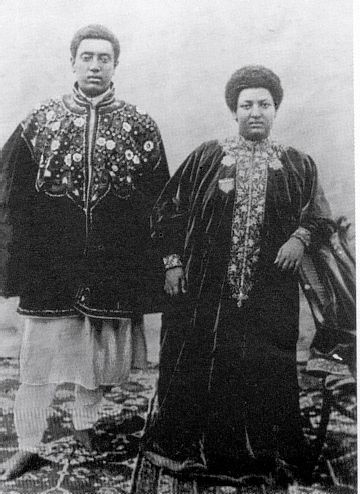 Afterwards, in Genbot (= May 1916), he summoned me to Addis Ababa; and when we had remained together for about two months, he set out from Addis Ababa by night on 21st Hamle (= 29th July), without informing me, boarded the train at Akaki, and next morning I heard about his descent to Harar.

When I knew for certain that he had gone down to Harar and although he went there without informing me, I thought it should not appear that I was hostile to his journey there because he had not given me prior information (for the title to the Harar governor­ship was mine), and I therefore wrote him a letter as follows: ‘If you are staying at Harar, let me come there; if you are returning to Addis Ababa, I shall return together (with you).’ When I had sent him that letter by the hand of my servant Zallaqa Kallala, he wrote back to me on 28th Hamle 1908 (= 5th August 1916) as follows: ‘I had told Bitwaddad Hayla Giyorgis that he should inform you of the reason why I came to Harar. If you were to come to Harar now and then to return with me to Addis Ababa, the railway deficit would be very great for you, because your army is so numerous; hence stay there. If I were to stay here for a long time, I would write to you again.’

When he entered Harar city, evil men, who came between us and tendered advice that he should dismiss Dejazmatch Tafari from the governorship of Harar and appoint himself, began to press him to put into practice the counsel they had earlier prof­fered, for now they had Ledj Iyasu to themselves. Therefore, on 7th Nahase 1908 (= 14th August 1916) he summoned my deputy, Fitawrari Gabre, and gave orders that all the camping places in the hands of Dejazmatch Tafari’s servants be seized-apart from those occupied by government troops. He then transmitted the following orders by telegram to Bitwaddad Hayla Giyorgis: ‘I have assumed, with immediate effect, the governorship of Harar. I have given the governorship of Kaffa to Dejazmatch Tafari; let him be told.’ He informed me that I was to go to Kaffa at once, as these were Ledj Iyasu’s orders.

Subsequently he (Ledj Iyasu) sent me a letter direct, written on the 10th of Nahase 1908 (= 17th August 1916), stating: ‘I have appointed Harar my own personal governorate; I have placed under your governorship Kaffa and Maji, and under your authority Gurrafarda.’ 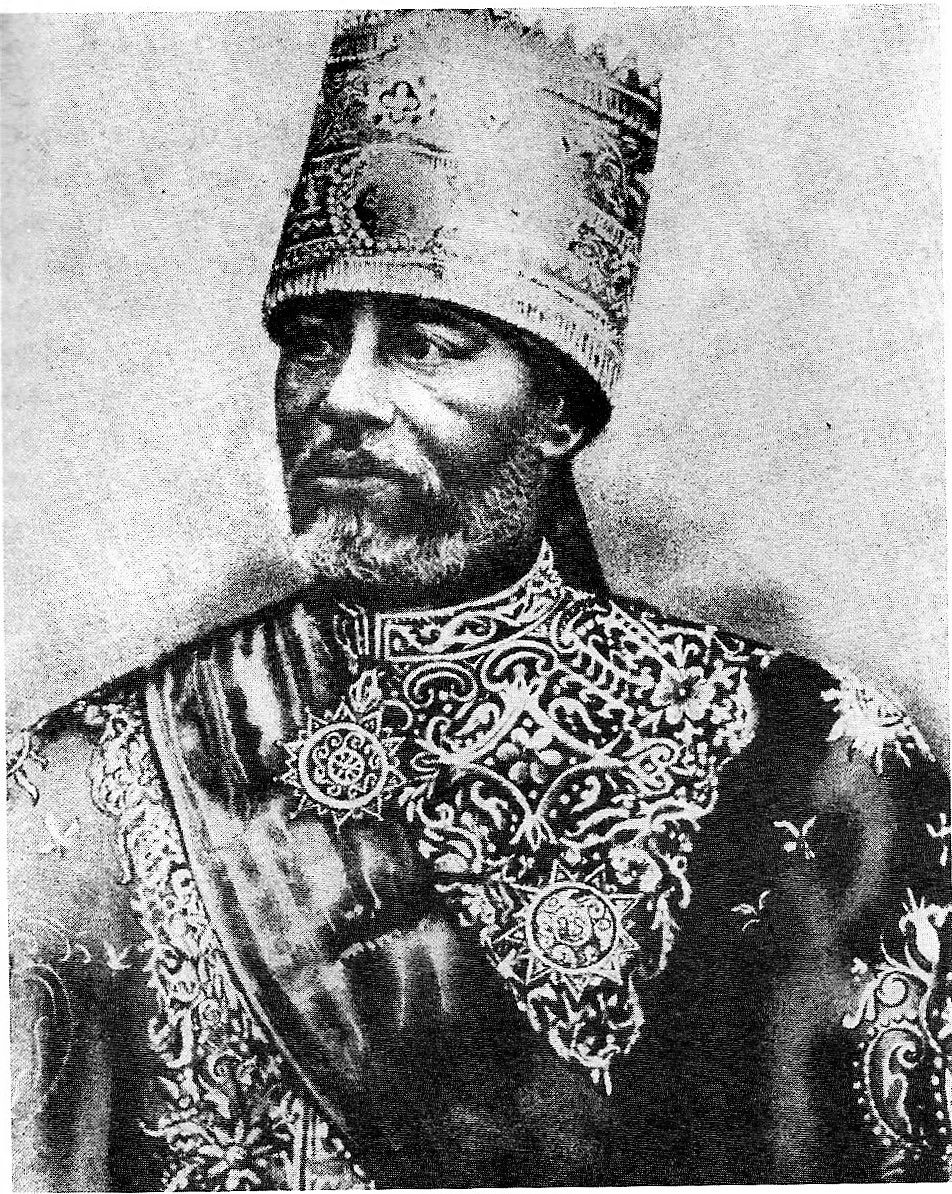 When the people at Addis Ababa, great and small, heard this, they declared openly: the fact that he (Ledj Iyasu) is taking away the governorship of Harar from Dejazmatch Tafari is not so much for the governorate but because he has been converted to the Islamic faith and for the sake of further rapprochement to the Muslims.

At the time of the Great World War, when some foreigners presented to him (Ledj Iyasu) their view: ‘even though you cannot help the English, the French, and the Italians, who are Ethiopia’s neighbours at the frontiers, with armed force, it would be good if you would at least assist with provisions, i.e. with food’, yet he did not listen. Instead, he had begun on an exchange of secret correspondence with the peoples surrounding Ethiopia, the Adalites and the Somalis, with a view to resisting the Allies. But as the representatives of the three governments resident at Addis Ababa had discovered this exchange of secret letters, they made an official approach and, it is reported, presented [the correspondence] to Bitwaddad Hayla Giyorgis.

When the leaders of Ethiopia found out about this whole affair, they became convinced of the need to depose Ledj Iyasu. But as it appeared to them likely that their secret would be betrayed if they were assembled together for consultation, they chose servants as trusted messengers and began to correspond through them as go-betweens. But some met by night at a hidden place and, after talking to each other face to face, separated again. Others again were asking: ‘Inform us first about the successor once Ledj Iyasu is deposed’; but the party which approved of Ledj Iyasu’s deposition began to grow steadily, since they gladly accepted the opinion when they were told: ‘We shall put Emperor Menelik’s daughter, Wayzaro Zawditu, on the throne and shall appoint H.H. Ras Makonnen’s son, Dejazmatch Tafari, as Crown Prince and Regent.’ 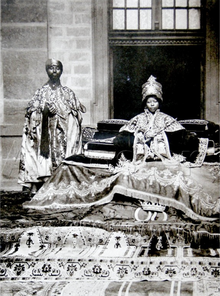 When they asked me to enter upon these consultations, (I replied): When I first departed for my father’s governorate of Hararge to take up my appointment, Ras Bitwaddad Tasamma took us both (Ledj Iyasu and myself) to the house of the Arch­bishop, Abuna Mattewos, and caused us to enter upon a cove­nant, by oaths and invocations, that Ledj Iyasu should not depose me from my governorship of Hararge and that I should not seek his throne by foul means. But now Ledj Iyasu has violated the solemn covenant of oaths and invocations, has dismissed me from my governorship of Hararge, and for my part this is sufficient evidence. Furthermore, I said to them: since you have now convinced me of Ledj Iyasu’s conversion to Islam, there is nothing in which I differ from you. And they gave me adequate informa­tion by reading out everything they had written, so that it be proof to the people for the future.