Our relationship to a statue, or a building, or a sign is always changing. Often the change is so gradual, happening over decades and generations, that the monument – the version of reality it embodies – simply recedes into the background. 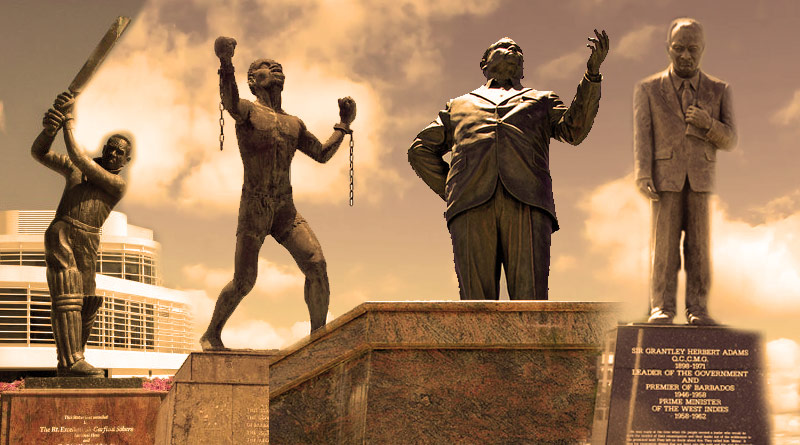 In the case of Lord Nelson and the people of Barbados, this is the reality as they walk past his statue. Most people, busy on their daily, don’t even bother to look at it all. Most Barbadians make the assumption that the past is past, that those ideas and values of Lord Nelson no longer have the power to threaten or harm, or never did.

The reality however, is more complicated. Barbadians need to be educated on the history of monuments to have any meaningful input in the debate on the removal of Lord Nelson’s statue from where it now stands. One thing Barbadians should know is what monuments do. Statues such as that of Lord Nelson normalize the past, for better or worse. They make injustices easier to defend and more insidiously, harder to see. For another, it’s the people most likely to defend those injustices who ultimately decide what is or isn’t threatening, not the people who have been most affected.

The African Heritage Foundation (AHF) is of the opinion that legacy of colonialization embodied in the symbols of that period, always have the power to menace. The many hundreds of monuments built in the century following emancipation speak to the brutal, persistent fact of white supremacy; that nearly all of them have remained standing through the civil rights era and the decades that followed, up to the present day, speaks to the fact that, however enlightened white Americans might think they are, their understanding of racism differs wildly from black Americans’ experience of it. This is also the reality of white Barbadians and many of the Roast Breadfruits who are thankful for the advent of slavery for their present economic, social or religious realities.

If you believe that Barbados is more or less equal, and whatever discrimination black people face is a problem with individual racists and not the symptom of a racist system, then you might struggle to appreciate the persistent, malevolent power of a stone likeness of Lord Nelson. 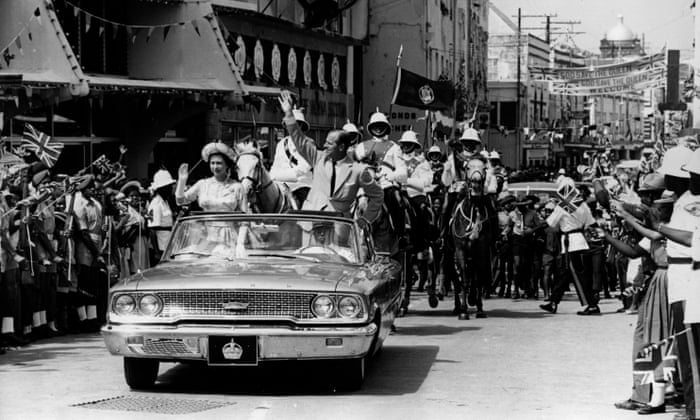 Colonial-era statues don’t of themselves teach us anything. But they can be portals to inquiry that lead to honest history. Most Barbadians and visitors to the island are not aware of the true history surrounding Lord Nelson and cannot get this from his statue. Since neither the DLP or the BLP seemingly have the ability to remove Lord Nelson from his present location, the very least that can be done is to erect a sign of some sort that tells the true history of the man placed next to it.

Nothing divides community sentiments about the history of Barbados’ colonial past and neo-colonial present quite like a vandalized statue dedicated to the man that fought against the abolition of slavery Lord Nelson. In 2017 the statue of Lord Nelson was defaced. The then Minister Of Culture Stephen Lashley was reported to have said ” “In my view, it is immaterial who or what that monument is” as he condemned that act of vandalism. 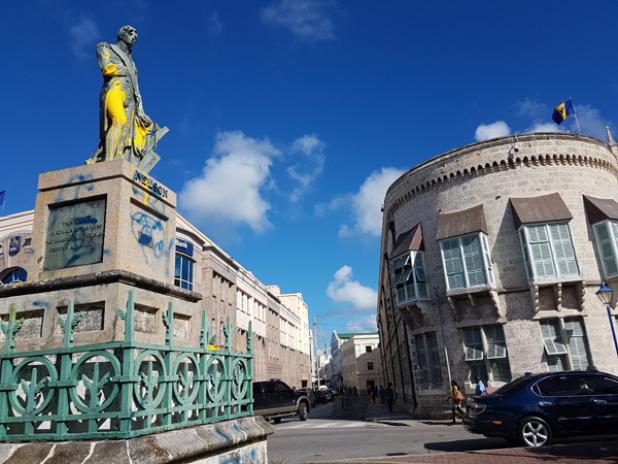 In the piece entitled, Why Nelson Must Fall, the then UWI vice chancellor referred to the exploits of the naval warlord.

“Nelson . . .  by his political decisions, military actions and public speeches, was a vile, racist, white supremacist; he disposed black people, and dedicated his political and military life to the cause of protecting Britain’s criminal possession of the 800 000 enslaved Africans held during his lifetime.”

“The 85 000 enslaved Blacks entrapped in Barbados only knew of Nelson as leader of the naval power dedicated to keeping them in slavery. The 15 000 slave owners in Barbados who welcomed Nelson in the Caribbean and celebrated his presence, did so because their greatest fear was black freedom,” he wrote.

Sir Hilary wrote that the vision of the slave owners who funded its erection remained intact, with Nelson unmoved and blacks still quivering. “Citizens have been psychologically programmed for two centuries and have not vandalized the obscenity in our city, nor scandalized the slave owners’ scam upon our society,” he wrote.

“We have reached the end of our endurance. We are not going to travel any deeper into this 21st century carrying the baggage of this 19th century brutality. Nelson should be taken down by the parliament before it is torn down by the people. It should be sent to the pier, out of site of the parliament, to hear a watery eulogy.”

Sir Hilary also called on the political parties to declare their position on the matter ahead of the election.

“Who will rise up and free the nation of this psychic abuse? Is there not a brave woman or man amongst us? Are we still living in fear of the Nelson project? Are we still quivering in fear of being public advocates of the ‘damnable doctrine?” he wrote.

The African Heritage Foundation (AHF) continues that conversation, and call for the removal of Lord Nelson from its present position or the diminishing of its colonial psychological strangle hold on us by signage that speaks to the true history of the man and his contribution to Barbados’ colonial past/present.

If you agree with the AHF please share this article and join us as we seek to address this matter with the Minister of Culture.