Barbadians will be aghast at this assertion about lack of pride. After all, we have Crop Over, that ultimate annual display of culture and national pride. Yes, Crop Over, that ode to the days of plantation when the white slave masters would allow the enslaved to celebrate the end of the crop. The end of the crop, signalling bountiful profit for the planters and a few hours reprieve for the enslaved from their arduous labour. Crop Over, the excuse for debauchery where anything goes in the name of culture and anyone who dares raise an objection to people practically having sex in public or to the objectification of women that is normalized by Crop Over music is labelled a prude. Fifty years after independence, the Emancipation Day march and remembrance that culminates at the Emancipation statue struggles to attract people. In contrast, Crop Over events at the same time of the year are sold out affairs even with their exorbitant price tags in harsh economic times. 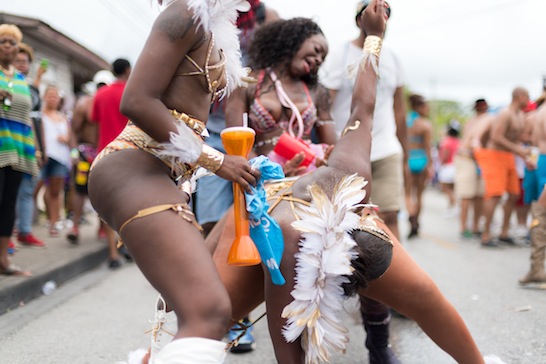 Yes national pride where fifty years after independence, the wearing by black people of their natural hair in a black majority country remains contentious. Fifty years after independence, black students can be singled out for “unruly hair styles” that are actually just normal natural black hairdos whereas white and Indo Barbadians sport their hair as they please without censure. Fifty years after independence, the Royal Barbados Police Force insists on a dress code for its officers whereby natural hairstyles of black people are banned and treated as offences subject to sanction. The irony in this is that in the UK such a policy does not exist! Neat, unruly, orderly and such type of words are used to demand compliance with standards of beauty wedded to European concepts and are masks for the belief that natural black hair is unacceptable. 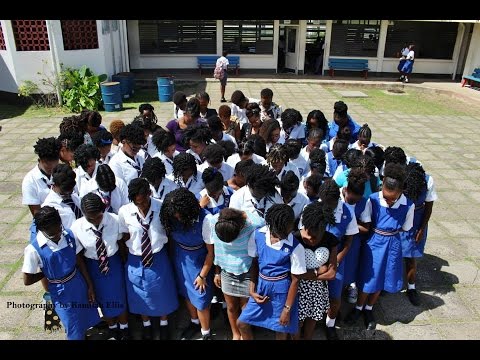 The impression one may derive from what I have written is a Barbados plagued by racial strife. That is not my intention. Barbados has undeniably made socio-economic progress since independence with quantifiable gains in the areas of education and health. The island boasts an extremely high literacy rate and there is a growing middle class. Political stability is a hallmark of the island. Even so, the fact is that the conservative nature of Barbadians has also nurtured an environment where questions of race have failed to be confronted frontally, openly and honestly. The term social contract has been used by some to explain why an island with such a brutal past has not erupted into violence and instability. I argue that the social contract is in reality a tacit agreement between economic and political elites to preserve the status quo albeit in a modified form. Economic elites maintain their grip on the major cogs of the economy and even allow some new entrants, particularly from the small Indian community. These relative newcomers some of whom have amassed much wealth and apply their own form of economic dominance and manipulation, add another dimension to race relations on the island. Theirs, though, is a story that has to be told in a separate article. Black Barbadians hold political control and socio-economic advancements have benefitted black Barbadians for the most part. Even so, at its core, the construct of the island in a way that advantages whites endures. I believe strongly that this structure could have been dismantled after independence to bring about a truly transformed society functioning in the image of its people and that this could have been achieved without causing political instability. However, Barbadians in general and especially those with political authority are conservative so the social contract was the method purposely used as the island proceeded into the post-independence era.

Fifty years after independence, we have an island in economic ruin where the rich, overwhelmingly white and Indian, insulate themselves from economic hardship and all of its associated inconveniences. The much vaunted black middle class lives in a state of astronomical debt. Unemployment figures continue to climb steeply. A large proportion of the island’s land is owned by rich white foreigners and Barbadians pay stupendous rates if they wish to own a piece of the rock, as they refer to Barbados. Much of the coast has been destroyed by tourism based infrastructure and one can drive on large parts of the South and West coast of the island without knowing that one is next to the water. The main players in the tourism industry which Barbados depends on heavily for its economic survival are white and/or foreign, meaning that the slice of the pie left for the average Barbadian to fight over is tiny. The island has also been witnessing a rise in uncharacteristically violent crimes and lawlessness. A decade ago Bajans would condescendingly attribute this type of vicious criminality to the pathology of people from Jamaica and Trinidad and Tobago and something that could never happen on their island. Sadly, I still come across some Bajans on social media doing this.

Most criminologists and sociologists would agree that crime and lawlessness are invariably linked to economic instability and poverty, so it is no surprise that with the island in the midst of economic turmoil, there has been a rise in crime. However, the solution to the economic problems in Barbados cannot rely solely on superficial economic bandages. They require a fundamental reorganisation of society where economic power is not concentrated in the hands of a few. There needs to be an acceptance that Barbados has to have an open and frank discussion of race. Politicians have to have the courage to implement change. I have little faith in politicians so undoubtedly it will require citizens holding them accountable and forcing them to govern in the interest of the majority of the population. It will require turning away from the traditional two-party system that has allowed the two political parties to protect the status quo. Race and economics in Barbados are intertwined and even conservative Bajans have a threshold. The violence and rage being demonstrated by young men in the committing of crime may well explode into something more. It is not something I wish will transpire and I pray that I am proven wrong. However, I cannot underline enough how ten years ago only the most astute would have predicted that Barbados would be in the dire situation it is now in.

1 thought on “Ode to Jin Jin. The Harsh Truth Behind the Symbolism of an Emancipation Statue Pt 3 Conclusion”