Do you who Alice B. Toklas and Brownie Mary were?

If you were asked to imagine who invented the cannabis brownie, you might think of Hindu holy men baking holy dishes to be used in religious ceremonies. You might even think of cannabis users in the 1970′ looking for creative methods of transporting the plant across boarders. Maybe someone wanted to make a pun about “baking” and then have a glorious session of stuffing their face with chocolaty carbs. 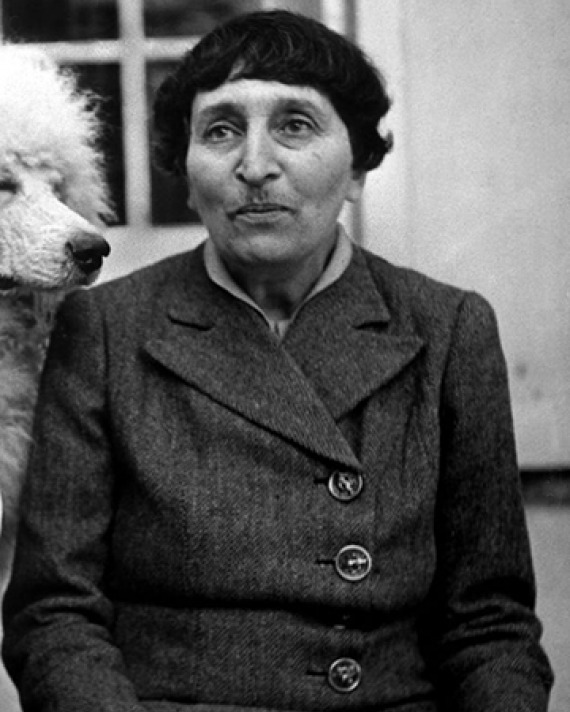 “Our time with cannabis far precedes our history with brownies. Evidence of human recreational and medicinal use of cannabis has been dated as far back 2737 BC, when Chinese emperor Shennong prescribed it for everything from nausea to memory loss. It wasn’t until the 30’s that the US federal government made efforts to vilify it and curb its use—which only resulted in it becoming something of a forbidden fruit.” – Hilary Pollack

Pollack goes on to say, “Brownies, on the other hand, showed up around the time of the 1893 World Fair, and were largely considered a decadent but ladylike dessert. And yet through the first half of the 20th century, despite its historical and widespread consumption on virtually every continent, cannabis never seemed to make its way into any popular cookbooks.”

In steps Alice B. Toklas, the life partner of writer and art collector Gertrude Stein an icon of gay and lesbian activism, Toklas was a prominent figure in the early 20th-century avant-garde parlor scene, casually kicking it with Henri Matisse, Ernest Hemingway, and Pablo Picasso.

Eight years after Stein’s passing, Toklas published The Alice B. Toklas Cookbook, a biography that contained an innocuous—but now notorious recipe—for “haschich fudge,” which she lauded as “the food of paradise.” Even the back cover of the paperback version proudly proclaims these to be “perhaps the earliest instructions” for such a dish.

Strangely the fudge was devoid of chocolate and comprised of dates, figs, nuts, sugar, and a curious menagerie of spices (coriander, black pepper, cinnamon, and nutmeg)—in addition to its prize ingredient, “canibus sativa”—the fudge was recommended as “an entertaining refreshment for a ladies’ bridge club,” and partakers were told to expect “euphoria and brilliant storms of laughter, ecstatic reveries, and extensions of one’s personality on several simultaneous planes.”

Readers were told that two walnut-sized pieces would be “quite sufficient.” Toklas even went into sourcing territory, disclaiming that “obtaining the canibus may present certain difficulties, but the variety known as canibus sativa grows as a common weed, often unrecognized, everywhere in Europe, Asia, and parts of Africa,” and mentioning the difference between indica and sativa varietals. The recipe is a mere half-paragraph long and is buried in hundreds of pages of text about crème brûlée and Paris. It is Toklas’s signature accomplishment, sparking great controversy and inspiring a flurry of cultural references over the next few decades. Her name made its way into the title for one of the earliest cannabis flicks in cinema history, the highly sensationalized 1968 Peter Sellers film, I Love You, Alice B. Toklas.

Apparently, even in 2014, the recipe’s use is still fairly common. A reporter from the Washington City Paper made and tested the brownies in 2012, and while he was concerned that they would taste like “ass and a half,” they apparently had a rather Christmas-y aroma (I suspect that this was the nutmeg at work) and a sweet, spicy, and chewy constitution, as well as confirmed potency.

Although she may have been a pioneer in the field of psychedelic baked goods, Toklas was not the only woman who made waves. In 1974, two decades after the publishing of The Alice B. Toklas Cookbook, a 54-year-old IHOP waitress named Mary Jane (har, har, har) Rathbun became well-known in San Francisco for selling mystical weed-laced brownies out of her house—and at times, brazenly out of a basket at a nearby supermarket. Through her business, she met LGBT and medical marijuana activist Dennis Peron, and the two joined forces in efforts to promote the legalization of medicinal cannabis. 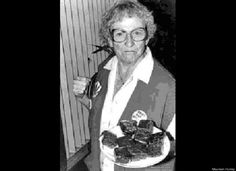 At the time of her first arrest in 1981, she had 18 pounds of marijuana and more than 600 brownies in her home. It was around this time that her persevering nickname, “Brownie Mary,” was coined.

A grandmotherly figure to the city and its ailing, Brownie Mary did extensive volunteer work at HIV and AIDS support groups, clinics, and soup kitchens, and many of her culinary clients were gay men. When she recognized that her brownies were helping to appease the nausea and loss of appetite caused by AIDS, she even began giving them away for free to the ill, and became well-known in the AIDS ward at San Francisco General Hospital.

Suffering from arthritis and other ailments herself, she is said to have consumed at least one of her own brownies every day to help with the pain. She would be arrested twice more, the final time at the age of 71, and typically showed up in court wearing pro-cannabis paraphernalia. In 1996, three years before her death, she too, released a cookbook: Brownie Mary’s Marijuana Cookbook and Dennis Peron’s Recipe for Social Change. Though it never gained the notoriety of Toklas’s book, she remains a cult figure in San Francisco marijuana legalization history and culture.