I was taking a stroll through Facebook when I came across a post that spoke to the reason why one man wearing dreadlocks, is offended when someone mistakenly calls him Ras, Rasta, Rastafari or even Roots. 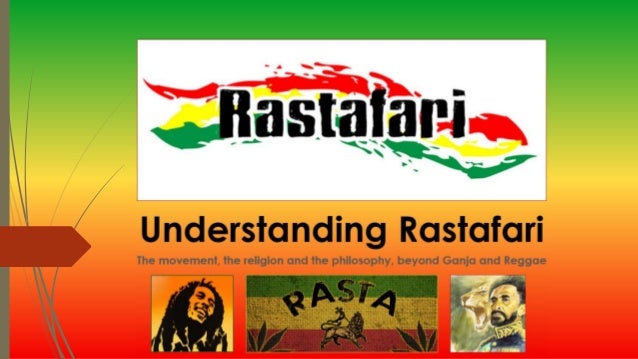 I am a Rastafari residing in Barbados, and I amazed at the dumbfoundedness, of this, I would like to say, “Brother”; but that would probably cause an offence as this term is synonymous with African centered/Pan African philosophy and culture, which he seems to have deep issues with.

Everyone is entitled to their own opinion, and I am fully aware that what Mr. Adamson wrote is just that,his opinion. I also have an opinion on Rastafari, and on the words written by Mr. Adamson about Rastafari.

I have known Mr. Adamson for a number of years, and he in all that time has never presented himself in the light of Rastafari or as a Pan – Africanist. He did however readily present himself as an aspiring politician, with ideas for governance that would greatly benefit Barbados. I think I was one of the many who would have called him Ras when we first met, and was promptly corrected. 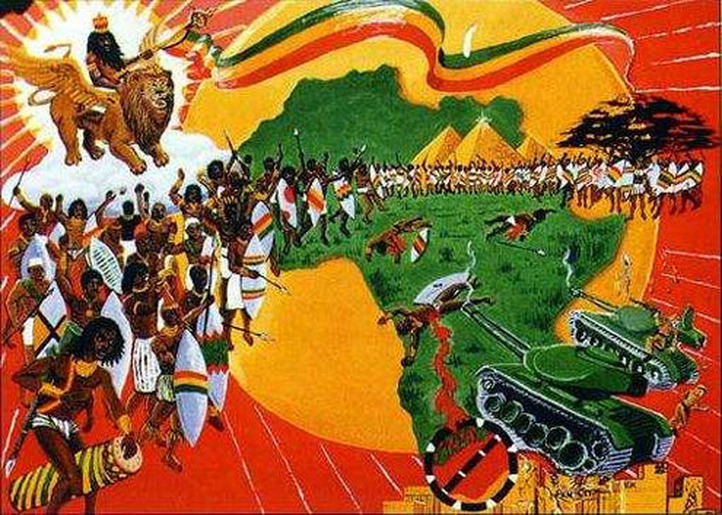 Anyway, Mr. Adamson wrote this, and my thoughts are keyed in red.

Stop stereotyping, profiling, labeling persons – who are wearing locks but are not Rastafari, as “Rastafari”, “Ras”, “Root”, etc..as in my case… Let us stick a pin here. Is it not a fact that the wearing of dredlocks in the African diaspora was popularized through the Rastafari movement? Is it not also a fact that many brothers and sisters were marginalized and brutalized for the wearing of dreadlocks in these regions? Like it or not Mr. Adamson, Rastafari has cleared the way, that you may freely wear your hair in that style, while you condemn us. Further to this the title of Ras, is a title of honour in the Ethiopian sphere akin to the title of Lord in the British society. Lastly the wearing of locks/long hair was seen as a mark of wise people/sages. It is therefore not unreasonable for someone seeing your locks, and knowing the history of that manner of wearing one’s hair, to call you Ras. Added to that, Mr. Adamson does not even have locks that he plaits into pretty hairstyles and such. He wears his locks just as I wear mine as Rastafari. 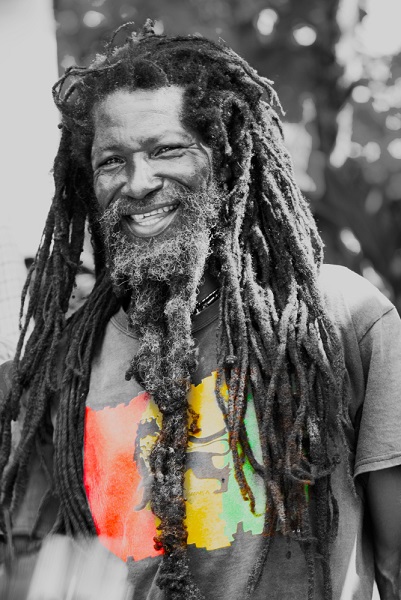 It is sheer ignorance when doing so… Where does the ignorance truthfully reside?
Simply call persons by their names/proper nicknames or address them in the usual way as if they were not carrying locks…
I fight this foolishness almost daily…wheresoever I go… And he wonders why!
Such persons who are doing this stereotyping, profiling, labelling, I will not allow them to define who I am…NEVER EVER…. Is my response to your dreadlocks, labeling? I wonder if anyone argues with Mr. Adamson that he is a Rastafari, after he tells them he is not? I did not! I know for a fact that the early Rastafari did not wear locks, and that there are many Rastafari who do not wear locks. It is a case of simple mis-identification. If I were to cut my locks and start dressing in the cultural/traditional clothing of Muslims, would you not come to a reasonable conclusion that I have embraced that religion? You could be wrong, and you would not know for sure unless you asked me, however we make educated assumptions based on the evidence placed before us. Get over yourself Mr. Adamson no one wants to define you, especially not as Rastafari.

Whilst I am entirely serious about such things, because I know who I am, I still support many things Rastafari and Pan Africanist..although I ceased having been considered as Rastafari for 7 years now…..owing to the stark failures of the Rastafari movement in Barbados. Wait, it is only 7 years now he is not Rastafari? He was Rastafari before? I know Mr. Adamson for well over 13 years, and as I said, he has always said he was not Rastafari. I am shocked! Further to this, if he was Rastafari, and retained his locks, then it is understandable why people would mistake him as a Rasta. As for my/Rastafari failures, let us take a look at what made Mark depart from the light of Rastafari.
1) Failure of many of them to support my candidacy and the PDC in the 2013 general election…not one Rastafari supported me in the election of that year. Since Mr. Adamson has made a claim to have been Rastafari 7 years ago, he should be familiar with the history and culture of Rastafari. The Rastafari community on the whole is not one given to politics. That being said some Rastafari do cast their vote on election day for one party or another, but many stay wide of such activities. Could it also be that Mr. Adamson was not convincing enough to his “Rastafari” community, to secure their support? I for one would not vote for him due to the manner in which he presents his politics. The average person does not seriously pay attention to his rants and raves, why should we? I am sure if he had the ability to present himself as a credible politician he would get support from the Rastafari community.

Mr. Adamson’s one man protest machinery.
2) The wretched failure to be at the forefront of the thrust to legalize the various uses of weed in Barbados, though from a religious standpoint herb is an important part of the faith’s religious observances. When has Rastafari ever not been at the forefront of the fight to legalize cannabis? I returned to Barbados around 1994 as a young Rastaman, and since that time I have had the good fortune to attend international Rastafari gatherings that spoke to the legalization of Cannabis and the way forward, I have also attended many panel discussions, symposiums and the like where Rastafari brothers and sisters made strong representation for the legalization of cannabis. I myself as Rastafari have in more recent times, trodding in the footsteps of my elders, made public representation for the legalizing of cannabis for the traditional use of said plant. It is the willingness of the Rastafari community to take legal action as it pertaind to the sacramental use of cannabis, recommended by an Attorney -At- Law that has produced a Sacrament Cannabis Bill. It is the further impending legal action of Rastafari against the Government that will address the shortcomings of this Bill. It is therefore my conclusion that this accusation against the Rastafari community is totally unfounded and malicious.

Ras Simba, Empress Osula and above Ras Adonijah all speaking up for the legalization of cannabis.
3) The enormous failure to have driven the Reparations agenda in Barbados, so much so that when the last DLP government had named a Reparations Task Force in its first term, only one Rastafari was named to it…Reparations is a fundamental principle in Rastafari. While Reparations is a fundamental principle of Rastafari, that call did not start with, does not end with, and is not exclusive to Rastafari. Thus it is only reasonable that representation on such a task force would be inclusive of persons from different parts of this society. Again I think this way of thinking to be very short sighted and limiting. We give thanks that Rastafari was able to sit at that table, especially with its history of societal rejection. This alone goes to show the advancements the Rastafari community as made in the 45-46 years it has been in Barbados.

Rastafari Empress speaking on Reparations.
4) Its gross failure to establish Rastafari schools for Rastafari and non-Rastafari….to teach Rastafari and Pan African principles and other subjects.. The inability of the Rastafari community to establish it own school in Barbados must be taken in the context of the length of time Rastafari was in Barbados, the brutality and social rejection it faced, and the social makeup of early Rastafari among other things. However it must be noted that Rastafari principles are passed on to children in the home. I am not negating the need for our own educational institute, but I am reinforcing the point that home is the first school. My organization and I have over the last couple years gave voice to the right of all parents, including Rastafari to homeschool. As this call is heeded by more and more Rastafari families, and the light of homeschooling further illuminates our society through the darkness of the COVID-19 pandemic, a further opportunity presents itself to my community to organize itself in the direction establishing a Rastafari school. 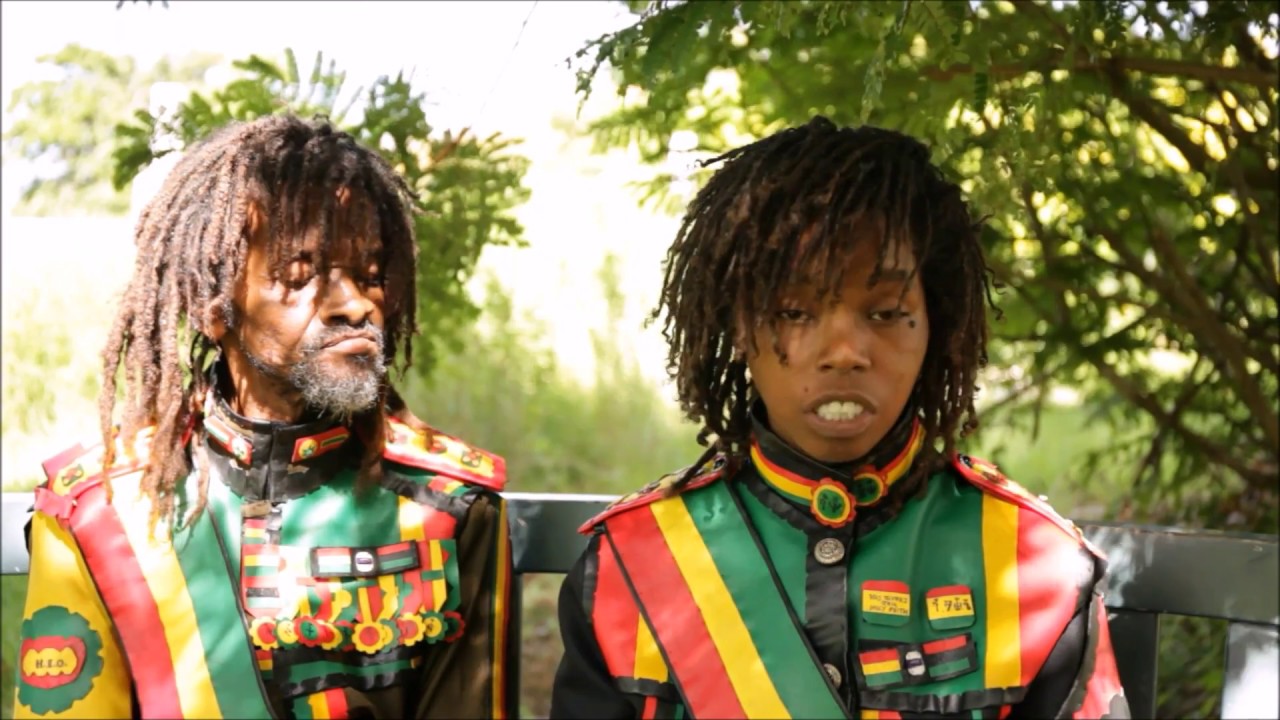 Rastafari parents who won the right for their children to homeschool.
5) The prodigious stark failure to establish a Rastafari commune in Barbados straddling – family, family, religion, culture, business, finance, cooperatives aspects, etc… Even though a Rastafari village is a wonderful vision, the reality is that Barbados is home to several thousand Rastafari men, women and children. Rightfully the aim of Rastafari was and is to establish itself in the Bajan community with equal rights and justice afforded to it. In such vein the Rastafari community has made remarkable advancements. Rastafari religion/spirituality along with its culture are some of the most established areas of the movement. From reggae music to the colours of Rastafari, hardly anything is more well known in Barbados. Everything cannot happen within a day, and the business and financial establishment of Rastafri is growing. Rastafari are owners of successful businesses and have been locating themselves in various collectives with the aims of making collective advancements.

A growing Rastafari business. One of many.
I will leave Mr. Adamson there and close by saying, the journey with Rastafari is not about what someone else has done or is doing. It is a journey into self and the understanding therein. when someone identifies with Rastafari as Mr. Adamson has claimed to have done, they claim Haile Selassie as their guide in life. Nowhere have I seen Mr Adamson speak to his rejection of Haile Selassie/Rastafari  based on loosing faith in the guidance of that man. As such I can only conclude that Mr. Adamson is drowning in himself and as such he is washing away his political aspirations. 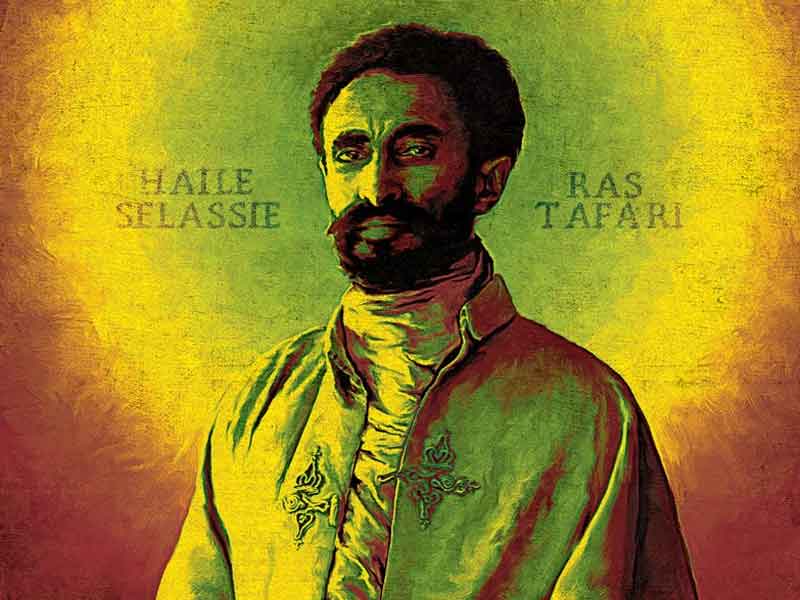 The last general election saw the emergence of several new political parties and politician hopefuls. While Mr. Adamson has been failing at his politics for a very long time, and is not new to the political arena, in my estimation he is little more than a political jester . Should we follow Mr. Adamsons’s rejection of Rastafari due to the “failings” of that community, then we must conclude that we must reject Mr. Adamson and his politics based their abject failings.

In his own words “THEY MUST GO”.
Simba