The author argues that soccer is a global phenomenon with enormous political and economic potential, and those who invest massively in it, will reap great economic, social, political and cultural benefits.

This article was first published in Pambazuka. Our Afrikan Heritage will share with you this very interesting article in a three part series. This inspection of football will take us up to the World Cup Finals that will be played on Sunday the 15th July.

The on-going Soccer World Cup has reached the final stage.  This year’s World Cup has come with surprises—hitherto mighty teams such as Germany, Brazil, Argentina, Spain, and Portugal, have been sent home.  The African continent had not a  single team left, after Senegal was sent home through “Yellow Cards.”  Most fans of African teams are doing some soul-searching to decide on whom to redirect their emotions as we approach the finals.

The criteria for selecting which team to support follows any of the following unrelated or even contradictory elements: colonial or linguistic ties (former colonial country; religious affiliation; team with more African players; team with one’s favoured players, etc.).  This is the psychology of soccer.  What is in soccer that excites wild emotions? Why is soccer such much-loved sport all over the world to the extent that it is now more popular than most religions or politics?

Since I started following the World Cup in 1990 up to today, I have come to a conclusion that football or soccer (as it is popularly known) has inbuilt philosophy and has a political economy of its own, like any self-contained system.  I will try to describe and analyse what could be the key philosophical and political economic elements of soccer using the World Cup as an illustration.  The main argument I will make is that soccer is a global phenomenon with enormous political and economic potential, and those who invest massively in it, will reap great economic, social, political and cultural benefits.  And from a pan-African perspective, Africa’s abysmal performance in the 2018 World Cup is a warning that African countries, both individually and collectively, are gradually losing a pan-African vision and passion.  How can a continent of over 1.2 billion people fail to front a serious pan-African team that can reach finals in the World Cup? Africa has basically failed to invest financial and human resources in sport that Africa clearly has a comparative advantage.

Soccer: global sport for the poor

In comparison with other world sports such as golf, rugby, lawn tennis, table tennis, baseball, cricket and swimming, soccer is relatively cheap.  All over Africa, children are seen playing in compounds or on the road, just using a ball made of banana fibers or plastic papers.  The goal posts can be just two stones or two small sticks.  You can even fold two shirts and make a goal post.  No one can claim that they do not have sport facilities to play soccer. 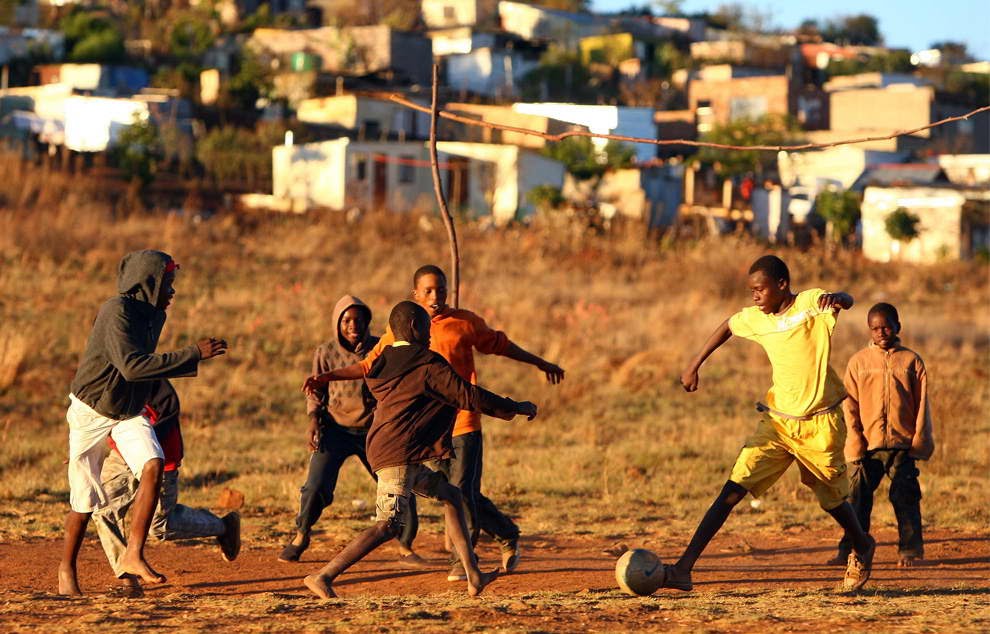 The rules of the game are also pretty straight forward: 11 players for either team; duration of the game—90 minutes split into 45 minutes each segment; only a goal keeper is allowed to handle the ball with his hands; faults are punished (handling the ball, kicking your opponent, being off-side, etc.); the referee is the final arbiter but he is assisted by lines men and recently a machine can help detect faults).  These rules are universal norms and they apply everywhere regardless of race, creed, and nationality.  This is what makes soccer popular global sport since all can easily follow it and understand what is going on even if one does not know the language of the commentators.

What constitutes the philosophy and ethic of soccer? Apart from rules that guide the smooth operation of soccer, there are some values and norms that those who wish to excel in soccer must have.  In a way a football match is a microcosm of society.  All the virtues and vices found in society can be discerned in soccer. 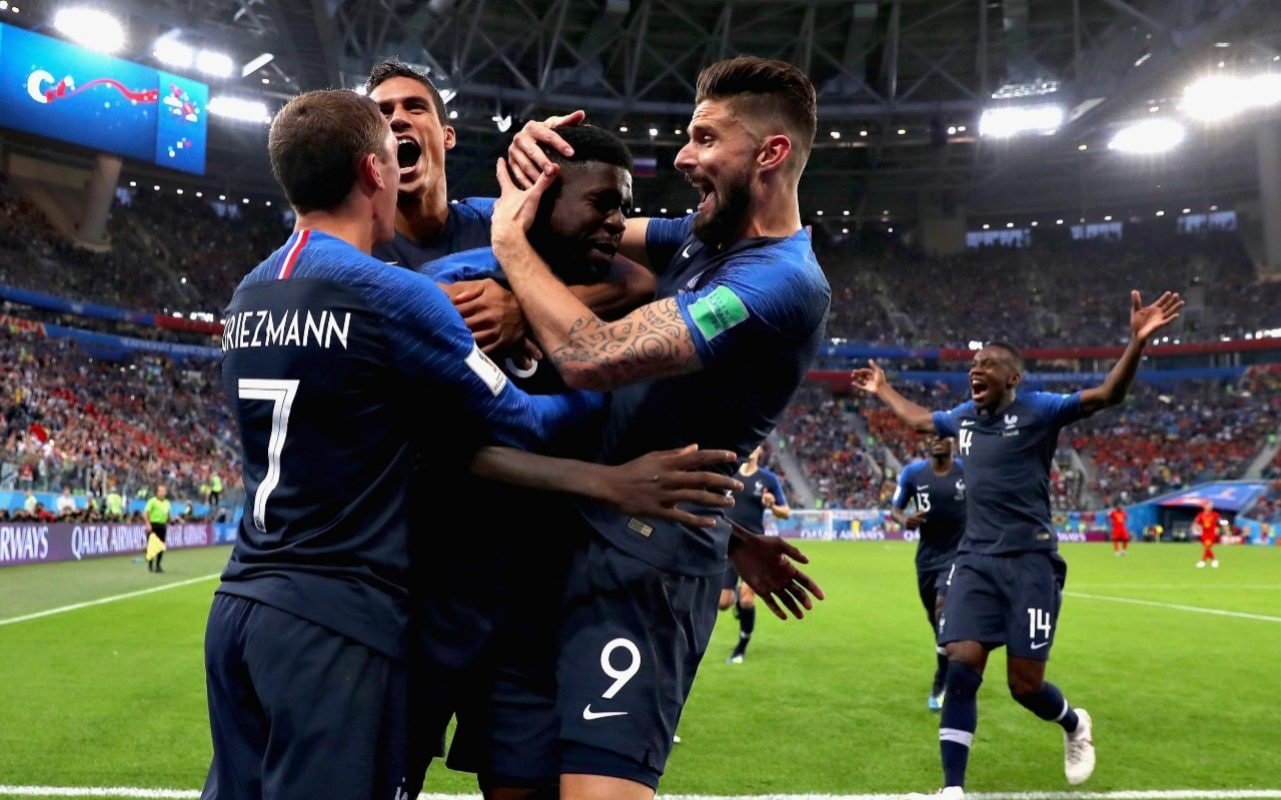 While commenting on soccer and comparing it with religious values, I coined the following acronym: SOCCER—Sacrifice; Organisation; Commitment; Courage; Enthusiasm; Resilience.  All soccer players spent a lot of time practicing and this takes time and sacrifice. A soccer team is an organisation with clearly defined roles: manager; coach; captain; referee; goalkeeper and various players.  Organisation happens at the team level but also within the game itself.  Commitment follows sacrifice.  If you are not committed to practice, and to team spirit, forget winning a game.  Courage is another key virtue in soccer.  A goalkeeper is “in the line of fire” just like those who play defence.  Those who score are those who have the courage to try but also to break through the defence of the opponent.  In fact soccer can be compared to a battle.  The faint-hearted need not enlist themselves.  Enthusiasm is about energy and passion.  That is why soccer thrives on fans who help to boost the morale and enthusiasm of the players.

A Rukiga-Runyankore proverb says it all: Guma, guma embwa ekeita muha—courage, courage, a dog killed a hyena.  If you enter the field to play soccer with an attitude of having been defeated already, you will most likely get defeated.  Enthusiasm is what keeps the players at it, going after the ball, keeping alert, being eager to win and to explore all opportunities that present themselves [to them].  Resilience is all about not giving up.  90 minutes is a lot of time and some players give up. That is why you see a lot of substitutions.  Poor performance is one reason for substitution, but often times, players lose momentum.  Will power is crucial here.  All great achievements are a result of resilience—studies, politics, business, sports.

Other values that help in soccer include: team work; co-operation; focus and concentration; honesty (try to score by using your hand and you get free kick); fairness (not being off-side, or not kicking your opponent, in the selection of the team, lines men and referee judging a particular case, not fixing matches or getting a bribe).  Soccer tries to follow the principle of rule of law.  Disagreements are handled with the help of a referee who acts as a judge following the stipulated rules of the game.  If there are major issues, the aggrieved party can appeal to a higher body like Fédération Internationale de Football Association commonly known as FIFA. Fairness is strictly enforced: both teams are accorded same time; teams change sides in case one side has some advantage; each team has only 11 players; injuries are taken care of promptly and fairly; fans cannot be allowed into the field to disrupt the match; when you lose you go away quietly without resorting to violence. I wish politicians would borrow a leaf from soccer.

Barbados is in the “Season Of Emancipation” at present. The African Heritage Foundation in recognition of this time has conceptualized and launched an “Emancipation Day Challenge”. You are invited to take the challenge and win prizes such as, day passes to Accra Beach Hotel, Ocean Spay Beach Apartments and The pirates Inn. You can also win jewelry from Facets International Jewelers and authentic African jewelry from Kenya. Included in the prizes are African clothing and original crochet clothing creations. Of course you can take the challenge as a matter of self interest.