While We were preparing Our patriots and Our people in these ways, the British authorities were holding back from Us information about what was really going on. Thus We heard everything belatedly. While We did not openly protest the Sudanese administration’s indifference to Our cause, Our dissatisfac­tion with it was made known to the British government. 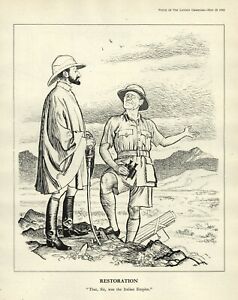 In order to settle matters, Sir Anthony Eden arrived in Sudan from London on Tikimt 20, 1933 [Oct. 30, 1940], accompanied by General Sir Archibald Wavell, Field Marshal Jan Christian Smuts, Mr. [later Sir] Michael Wright, Lieutenant General D P. Dickinson, Lieutenant General Alan G. Cunningham and other senior military officers. During the three days of talks, We appealed to Sir Anthony Eden for more logistical support and other necessities for the execution of the war plan. We also stressed that the pledges of assistance needed to be followed by substance and urged him to translate his promises into practice. Anthony Eden assured Us that a large amount of material and transport would reach Us as soon as possible.

Moreover, the conferees agreed to a provisional order of battle for the campaign. General Platt was to lead a detachment from the Middle Eastern command into the north through Eritrea, while General Cunningham was to command the East and South African forces through southern Ethiopia. We were to lead a small regiment composed of the patriots of Gojam, the exiles, and a detachment of British forces and push into central Ethiopia. 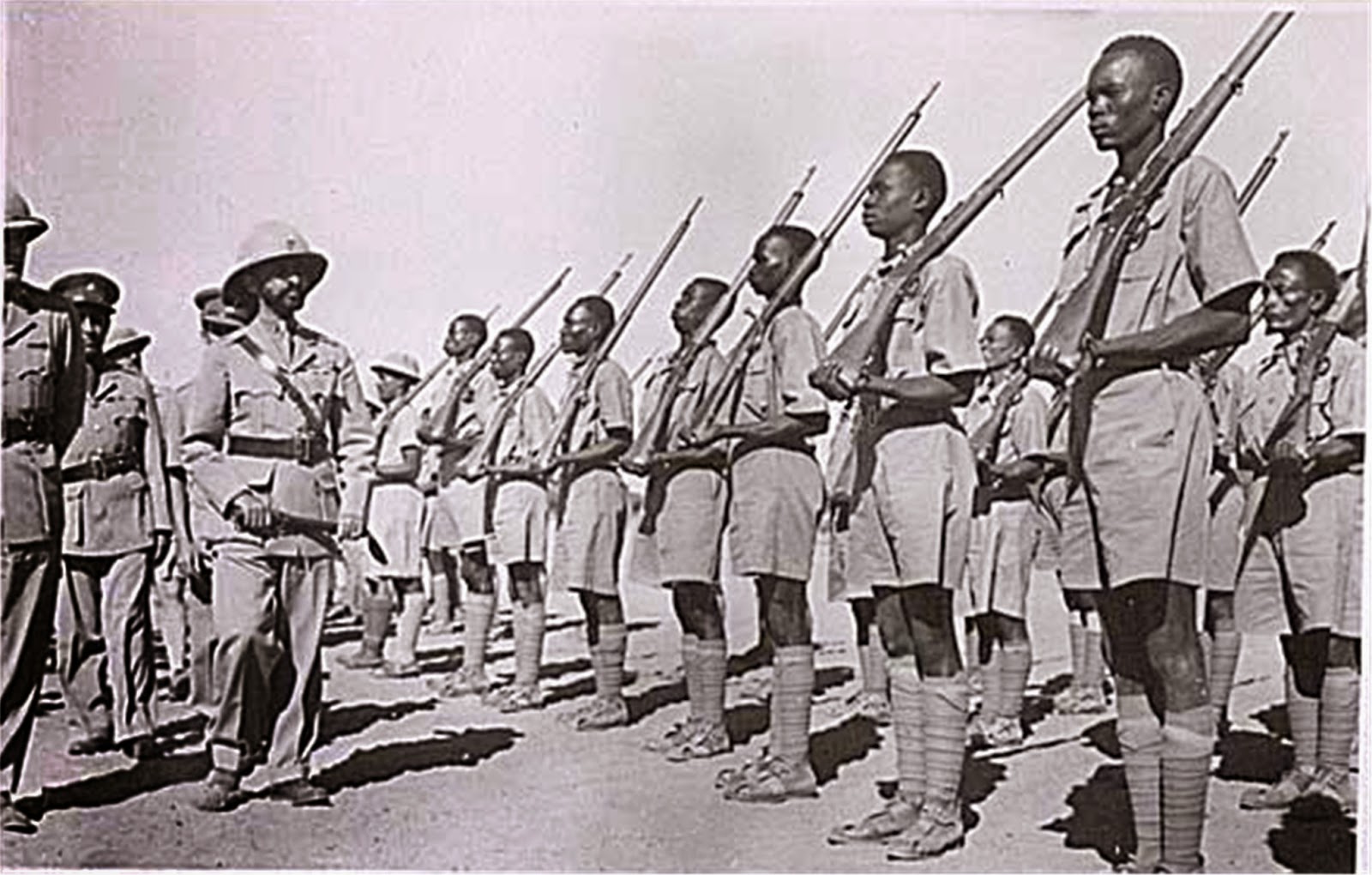 We also received an assurance from Anthony Eden and the rest of the senior military authorities that the necessary military equipment for the campaign would be provided. At this time, there was no commitment made by Ethiopia to pay or reimburse the British government in return for the military aid it was to give.

At the Khartoum conference a decision was made to provide 25,000 camels and pack animals for Our front alone. Toward the end of October 1940, while We waited for realization of the pledge made to Us by Anthony Eden, Major Orde Wingate came to Us from the Cairo command to be Our political and military adviser and to train the liberation forces. He told Us that, for training expenses, he had received a credit of one million pounds sterling from the British Middle East High command.

As the result of the report of Major Orde Wingate, We waited enthusiastically for the realization of promises. We were hoping to be able to provide sufficient military equipment, clothing and food for Our patriots and refugees as well as transportation to move the material and food. But all these took much time before they arrived. Meanwhile, Major Wingate and Ato Makonnen Desta went into Gojam to survey the strength of the Italians. They returned to the Sudan after having exchanged views with Sandford.

Shortly thereafter, in the month of Hidar 1933 [on Dec. 2, 1940], Major Wingate attended a high level military conference in Cairo. When he came back he explained the campaign to be undertaken in Ethiopia, in terms of the encounter between “Goliath and David.” He used the illustration to show the strength of the Italian forces. 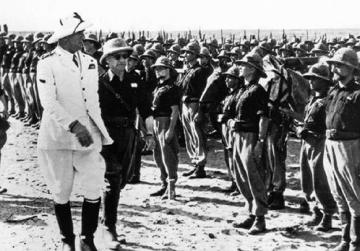 Although We were quite sure that the situation inside Ethiopia was ripe for starting the campaign, because of British procrastination, a long time elapsed before it was launched. Moreover, the lack of military equipment remained the biggest impediment to opening the campaign.

When it became necessary to integrate the Ethiopian refugees and patriots and organize them as a new force for the liberation campaign, a military school led by British military officers was established at Sobat and training soon began.

The Italians were aware that We were going to enter through Gojam and worried about it. Thus, they massed their forces there and assaulted Gojam, especially from Debre Markos and Bure. However, since Dejazmatch Negash was guarding the entrances to these places, the Italians were not wholly successful in their efforts.

On the other hand, We heard that the force that came in the direction of Bahir Dar and Dangla to attack our patriots was engaged by the soldiers led by Dejazmatch Mengesha Jembere, who overpowered the Italians and gained the upper hand. Consequently, the enemy force was weakened and withdrew in haste, while most Ethiopians who were fighting alongside the Italians deserted and joined the patriots. We used to spend the nights with a sigh of relief whenever We heard from the various people who came to Khartoum that the patriot forces were gaining the upper hand and expanding their area of control. The news of the strength of Our patriots was confirmed when We heard that they had dislodged the enemy at Gallabat and taken its control into their hands.

The enemy forces left Gallabat and Metemma to the Ethiopians and retreated to Mariam Wuha in order to join up with reinforcements from Gonder. However, Our patriots blocked the march, and their plans were not realized. As soon as We heard that Gallabat and Metemma were retaken, We sent messages to the peoples of Gojam, Gonder, and Kimant, as well as to the people of Armacheho to unite their forces and destroy the enemy and cut off one unit from the other.

Our patriots began implementing this strategy The enemy reinforcements sent to Gallabat were attacked by patriots led by Gerazmatch Wubneh Tessema, Gerazmatch Reda [Aleme] and other patriots from Chilga and Armacheho and were defeated before reaching their destination. As a result and owing to the presence of large numbers of patriots, Armacheho became the center for executing the campaign plan and a training ground for a new and powerful military force.

All these things happened eight months after the military conference with Anthony Eden. While we were waiting, We received a message from Colonel Sandford in December 1940, The message indicated that if the campaign were launched as quickly as possible, the whole liberation war might be over during the rainy season. It further explained that the sooner the campaign started the better it would be for executing its general plan.

On Our part, We suggested to the British authorities in Khartoum that it was necessary to launch the campaign in the month of January 1941. Afterwards, We learned that the goal of 25,000 transport camels had not been met as planned and that only 15,000 had been made available. Be that as it may, We insisted that the campaign be launched as soon as possible so that We could be among Our people, as We had promised, at the earliest possible time. A decision was made to expedite the beginning of the campaign, but in the meantime, a frustrating attempt was made to obstruct the program. 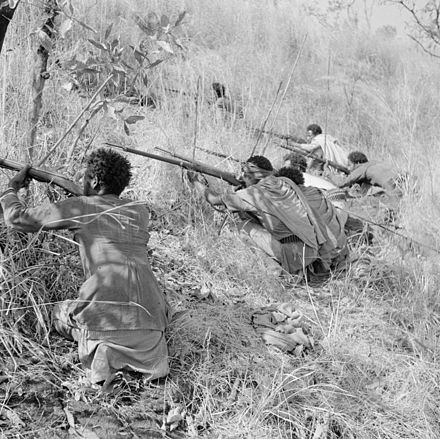 In the month of December 1940, a group led by an Englishman called [Lieut.] Colonel Courtney Brocklehurst arrived in Cairo. The group was bent on dividing Ethiopians along ethnic lines. Feeling that the time was right for accomplishing that purpose, they were successful in creating ambivalent attitudes among the British authorities.

Colonel Brocklehurst started off in England with the help of a few supporters. His team’s intention was to make its way into southern Ethiopia and there foment internecine conflicts and start a civil war. Ultimately, when the country was dismembered, they hoped to occupy it for Britain, In order to get the permission of the British authorities in Cairo, Colonel Brocklehurst suggested that, if I take my team into Southern Ethiopia and convince the people that We have come not only to liberate the country from the Italians, but also from the former administration, the people will be ready to line up with the British army and the return of the emperor to Ethiopia will not be necessary.

General Archibald Wavell assumed that the idea was presented in good faith and thought that it was the right plan for realizing British aspirations to expand its territories in East Africa. He and his political advisers permitted Colonel Brocklehurst to proceed to Khartoum and discuss the matter with the authorities in the Sudan. We heard that he had left Cairo and arrived in Khartoum where We were staying.

Even Major Wingate, a person who was assigned to work as Our political adviser, was confused about this matter. Since at that time Major Wingate’s knowledge about Us and the people of Ethiopia was very limited, he asked himself whether Brocklehurst’s initiative was genuine or a hoax. However, in spite of his confusion, Wingate discharged his duty as effectively as ever. Meanwhile, Brocklehurst was successful in convincing some British authorities.

We felt therefore that We should not watch the matter with cold detachment and asked Majors Wingate and Chapman-Andrews whether Brocklehurst’s goal was an objective of the British government, or, if not, why the initiative had been taken. They assured Us with the utmost candor that it was the sinister intention of some people and advised Us to send a telegram to Mr. Churchill through General Wavell.

Accordingly, We prepared the telegram and sent it to General Wavell in Cairo, asking him to forward it to Mr Churchill. In response, We were assured that the members of the Brocklehurst team would be dismissed, and they were immediately expelled from the Sudan. 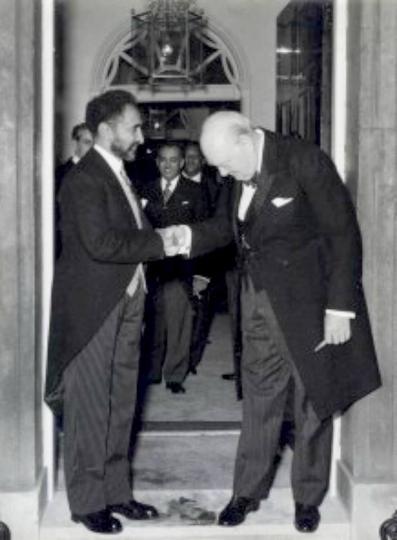 Even though We were distressed by the evil intentions of Brocklehurst and his supporters, at this point, We would like to recognize the political battle that people like Colonel Sandford, Major Wingate, Captain Steer and many others not listed here, waged on Our behalf. They deserve Our accolades for their commitment to truth and justice. We remember them with profound emotion and heartfelt commendation for their accomplishment.

After the end of the Brocklehurst challenge, We started mobilizing to begin the campaign. In the month of December, Britain and Italy were engaged in a full scale war in Libya. Afterwards, We heard that General Graziani was defeated in Libya, and We sent a telegram to General Wavell, the Supreme Commander of the British Middle Eastern High Command: “We would like to congratulate you on the victory of your troops over the Libyan forces led by General Graziani. This great victory owes much to British determination and patience and the cooperation of the Allied forces, and it will be the epic example of the future victories that are yet to be achieved on the other fronts as well.” In response, General Wavell sent Us a telegram in which he said, “Our victory over Graziani is the first of the victories which we are hoping to achieve on the rest of the fronts.”