I humbly bow… before you and greet you in the name of the Savior of the world.

Contrary to everyone’s prediction, Your Majesty’s government by the grace of God remains unerased in the register of the League of Nations. The future is also in hands of God. The current international political situation and what is likely to happen seems to be favorable for Ethiopia’s salvation.

The general ‘impression’ of the 18th Assembly seems to be in Ethiopia’s favor. The European nations resent Hitler’s and Mussolini’s politics. If a powerful country can forcefully take over a country and destroy all boundaries, many of them feel that the same thing may happen to themselves in the future. They had hoped that once Italy secured Ethiopia, she would work in harmony to bring peace to Europe. However, before the Ethiopian matter was resolved, Italy aligned with Spain and started to encourage the atrocities Japan is perpetuating in China as though it were appropriate. Many… [nations] do not want to see the Ethiopian affair buried, saying, although We cannot use force to oppose Italy, by upholding issues of principle, We can make things difficult for her.

Three Latin American countries (headed by Uruguay), in an attempt to please Italy, tried to gain acceptance for the proposal Italy forwarded through the 6th political commission, going around and pleading with each delegation; but they did not get sufficient votes. This was done in secret so that it would not be revealed in case they did not get enough support. But the idea had been presented to Monsieur Helium, and he was the one who exposed it. This was counted as a small moral victory for us. 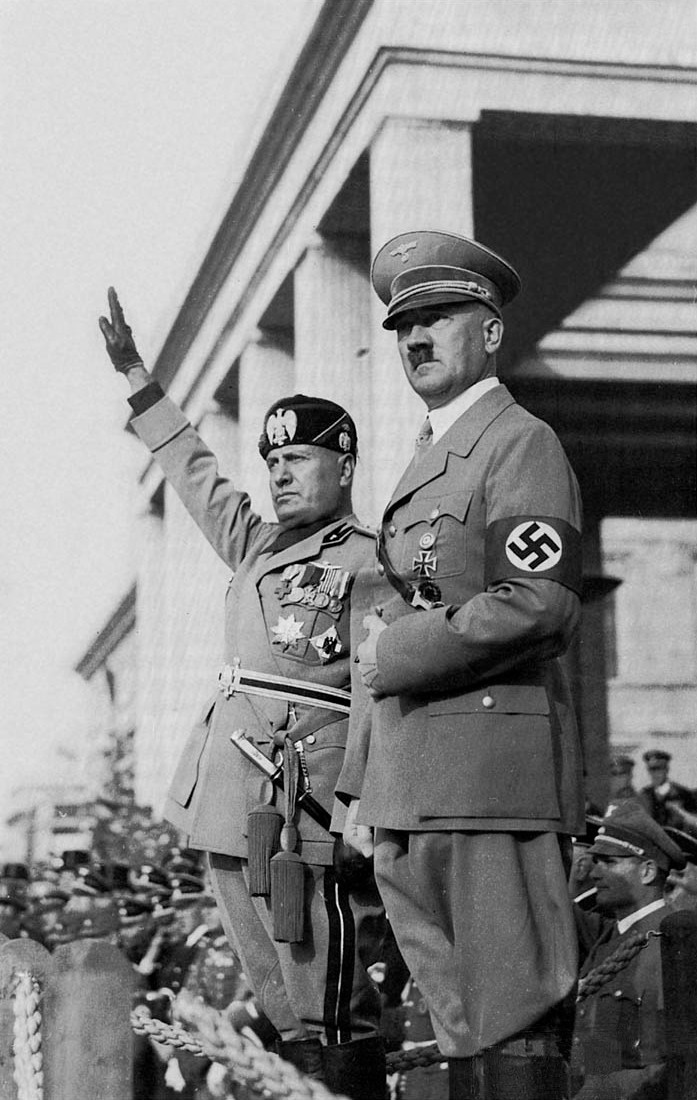 Meanwhile, many of the representatives liked the brochure we issued… under the name of the Abyssinia Association because it gave a brief account of the current situation in Ethiopia. Coincidentally the reports in several newspapers about the fighting in Dese, Mekele, Adwa, and to the south, showed that, Italy’s claims of wholly occupying Ethiopia were untrue and affirmed that the people had not ceased putting up resistance; this worked out in our favor.

The following suggestions are some of the ideas I elicited from various people with whom I discussed our future actions and options. If there were a choice, the mandate would be given to another country; however this option does not exist. War would be the last resort to dislodge Italy. Britain and France do not want Italy’s total destruction, because her strength is vital to maintain the balance of power and European security. 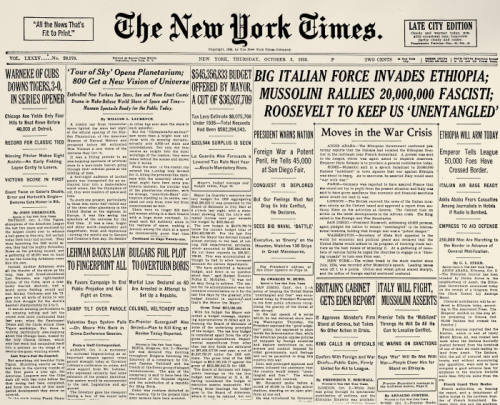 As it is impossible to develop the country without money, Italy is said ready to accept a mandate for Ethiopia because she needs to rule the country in tranquility in order to get financial credit from other governments.

This mandate should cover all of Ethiopia. If Your Majesty, for the sake of retaining nominal freedom for Ethiopia, would accept a small portion of the country and leave the rest to Italy, it would mean a permanent division of the country. Rather it would be better to accept the mandate for a few years, in order to take a course which would lead to the restoration of Ethiopia’s full independence when the right time for such action arises. The Fascist government is headed toward total destruction…. The lifetime of one person cannot be reasoned as more than one second compared to Ethiopia’s existence. That is what they say. 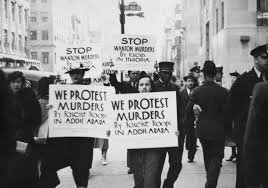 Second possibility: let Italy appropriate the portion of the country which she intended to snatch at the beginning of the war, and [let] the rest of the country proceed to the highest stage of development in independence under the sovereignty of Your Majesty and with the assistance of the League of Nations. At a convenient time, Italy would be made, peacefully or by force, to return those areas under occupation. At all events, the main thing is to make sure that Ethiopia’s independence is not obliterated. If France and Britain had the will, they could make Italy comply without recourse to war.

Third possibility: it is a good thing that the Ethiopian affair was not buried at the last assembly; from now on Ethiopia will not disappear. To begin with, the power of England has now reached a stage where it can prevent Italy’s will from taking effect; second, should war break out in Europe, Italy would side with Germany, and France and Britain would approach Your Majesty to return to your country and support them. If this happens, Ethiopia’s fate becomes obvious. Britain and France will provide military assistance. In return, they ask that the country be ruled peacefully in the future and that their interests in Africa be promoted more than others. Ethiopia is expected to recognize this “collaboration” with them and… show signs of friendship. Until all this happens it is best for Your Majesty to keep your dignity and wait patiently without showing any evidence of losing hope and without entering into any futile agreement with Italy or doing anything that might politically upset the British. If Your Majesty has any financial problems, you should inform the British people, who provide for ordinary political refugees, let alone a monarch who has sought refuge under their flag. 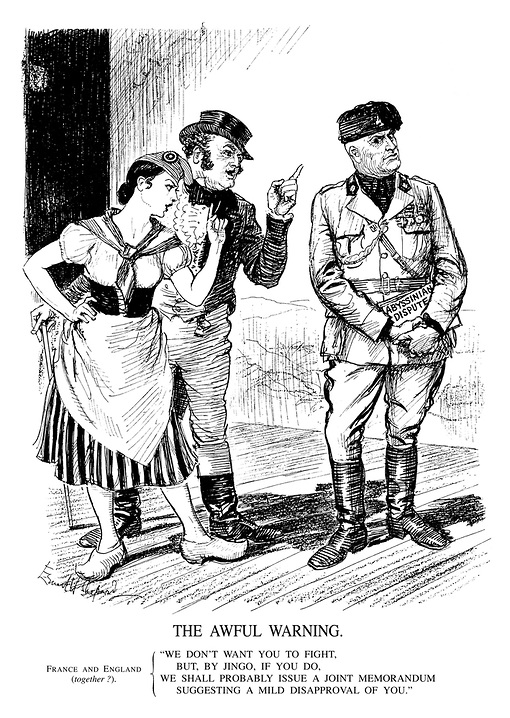 Above all Your Majesty should encourage the associations, which were set up in various countries, to continue their propaganda activities so that the Ethiopian case will not disappear from world public opinion. It is also good to encourage the newspaper called [New Times and] Ethiopia News so that its work may continue in a more informed manner and with greater diligence. It would also be helpful [for NTEN] to have a section on Ethiopia among the associations and within the League of Nations. This will help to remind the members of the associations of Ethiopia’s case, whenever the League comes into session. [NTEN] should have the authority to sponsor resolutions or change and modify the resolutions sponsored by others.

At the moment it is unthinkable to ask the League for assistance for the Ethiopian exiles. To begin with, no government would vote in favor of providing help, not due to unwillingness to assist, but each would prefer to keep silent rather than to displease Italy. In the second place, each would choose to keep quiet rather than to give Ethiopia’s enemies the chance to propose Ethiopia’s expulsion… [because its] government did not pay its contribution to the League of Nations. Nevertheless it would be good to inform the various private aid organizations, established to help Ethiopia, of any problems that the exiles are encountering. 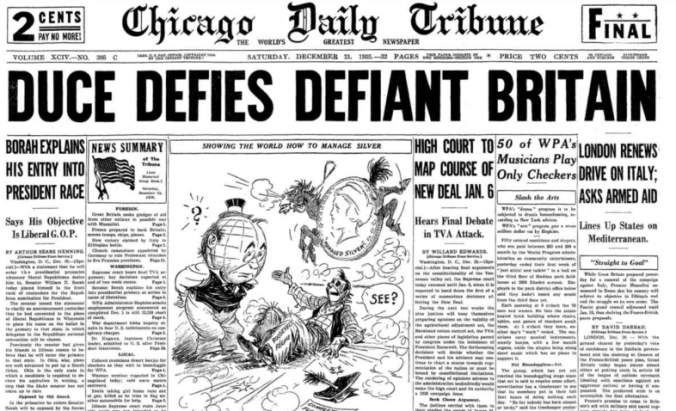 Another thing I observed while in Geneva was that the Muslim nations have resolved and joined ranks to preserve their interests and independence. The governments of Turkey, Persia, Afghanistan, and Arabia were able to forge an alliance. The Europeans, who usually sought to make them fight each other, are now enmeshed in serious troubles and quietly acquiesced to their move. In the future this alliance will fill world history with its concern more for Ethiopia than for Europe. These people look like us and are our neighbors… Italy is working to foment disharmony and hatred between Christians and Muslims, and I think it is important to find ways and means to foil Italy’s intentions… in order to keep the question of Ethiopia’s independence from disappearing from the sight of the Muslim governments. I would think that if three Ethiopian Muslim clerics could be found, it would be fruitful if they were to travel between Egypt and Arabia campaigning for Ethiopia’s cause. If the money to be expended for this purpose is not available, I think they themselves could find ways of securing financial assistance from their friends, provided that they really understand the cause they are working for. With regard to your desire to have talks with Mexico’s envoy I have presented your request to him, and he has shown his willingness to arrange a convenient time and place.