The Italians worried that the straits leading into and out of the Mediterranean sea might fall under the control of Britain and France. Afraid that in the event of a war these democratic countries would close the straits and block Italy’s shipping, Rome sought equal status in the control over the Mediterranean sea. She consequently supported… [General Francisco Franco] in Spain, providing him with weapons and men and by conducting some clandestine operations. If Italy gained some kind of authority over the entrances into the Mediterranean… the larger democratic governments would feel threatened by a possible blockade in the event of a war, as the sea was the only easy passage to their Asian and African colonies. Hence they were forced to oppose Italy in their own interests. Nevertheless, in order to avoid war… Neville Chamberlain and Mr. Mussolini began a correspondence to come to reconciliation at the expense of Ethiopia. The British government suggested to Mussolini that it would recognize his claim to Ethiopia if he stopped supporting Spain, which Mussolini rejected. 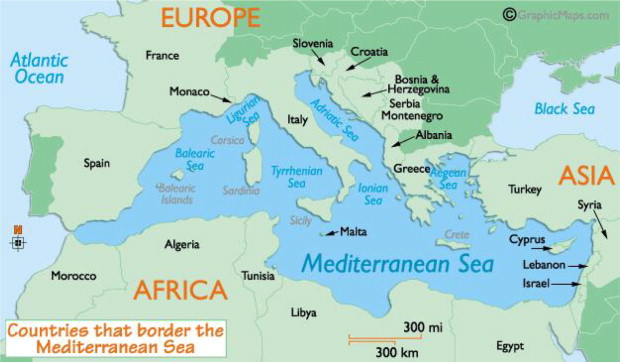 Mussolini used force to find his way out of the intricate situation and to alleviate his problems. His… submarines… harrassed ships moving about on the sea. Britain and France understood his goals and called Mussolini to a meeting in Nyon [on September 10, 1937] to achieve some kind of rapprochement; but, in the meantime, the Russians charged that Italian “acts of piracy are responsible for the sinking of our ships and we demand compensation.” Mussolini’s reply was that he would “not come to Nyon as a litigant ( a person involved in a lawsuit ).” Nevertheless other governments, excepting Italy and Germany, met at Nyon for discussions and agreed that French and British warships would safeguard the Mediterranean Sea; and… that any submarine that attacked ships… be sunk in retaliation. They also decided that Italy should secure her own coastal waters and notified her of their decision.

Italy on her part rejected the resolution on the grounds that she should be made an equal partner in safeguarding the whole of the Mediterranean…. Italy felt encircled and her movements restrained. Mussolini, therefore, went to meet Hitler to discuss future plans with the German government. After his return from his trip he transmitted the following speech to the British people: 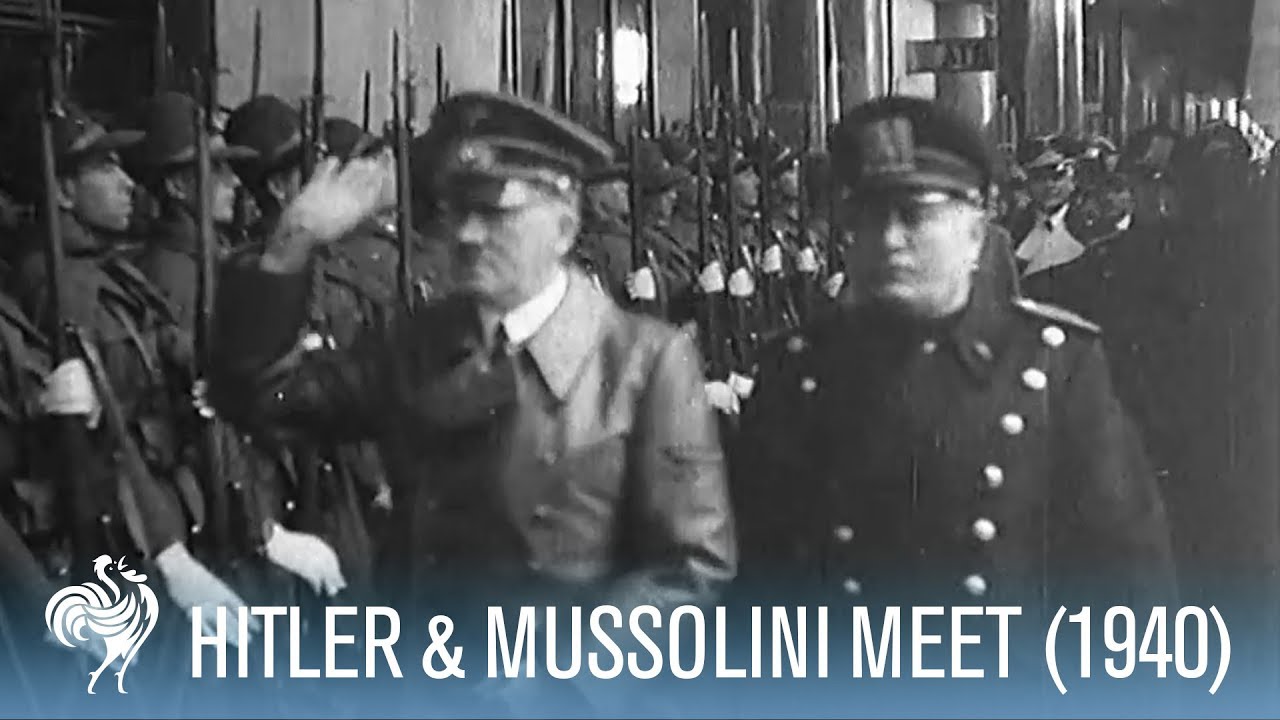 When an Italian called [Luigi] Negrelli first thought of the idea of digging the Suez canal, it was the British who considered him crazy. If this seaway is a highway for others, for Italians it is our lifeline. I repeat a hundred times, that we have no intentions of blocking this seaway. We ask that our… interest, to which we are entitled, be safeguarded. It is necessary that… reasonable Englishmen should understand that this position of ours is firm and inalterable. It is wrong to think that the two countries or the European powers are going to clash over this. In any case, there is one way in which we can come to an agreement. It would be in the interest of all of us to reach a genuine agreement immediately. If this is not done, and there is a desire to deny the Italians access to the sea that once belonged to the Romans, the people of Italy would stand united and whole-heartedly prepare for a war unprecedented in recorded history.

After this the political situation in England began changing, shifting, and taking new directions. Mr. Chamberlain, the British Prime Minister since February, 1930 [E.C. or 1937], began preaching to the British public, emphasizing the necessity of concluding a peace treaty with Italy. Some disagreements arose between the Prime Minister Mr. Chamberlain and the Foreign office Secretary Mr. Anthony Eden, with regard to the relations between Britain and countries governed by dictators. This resulted in Mr. Anthony Eden’s resignation [on February 20, 1938]… caused over the question of whether or not it was an appropriate moment to undertake negotiations in order to reach an agreement between Great Britain and Italy. Mr. Chamberlain was in favor of immediate rapprochement, while Mr. Eden’s views were very far from this position. 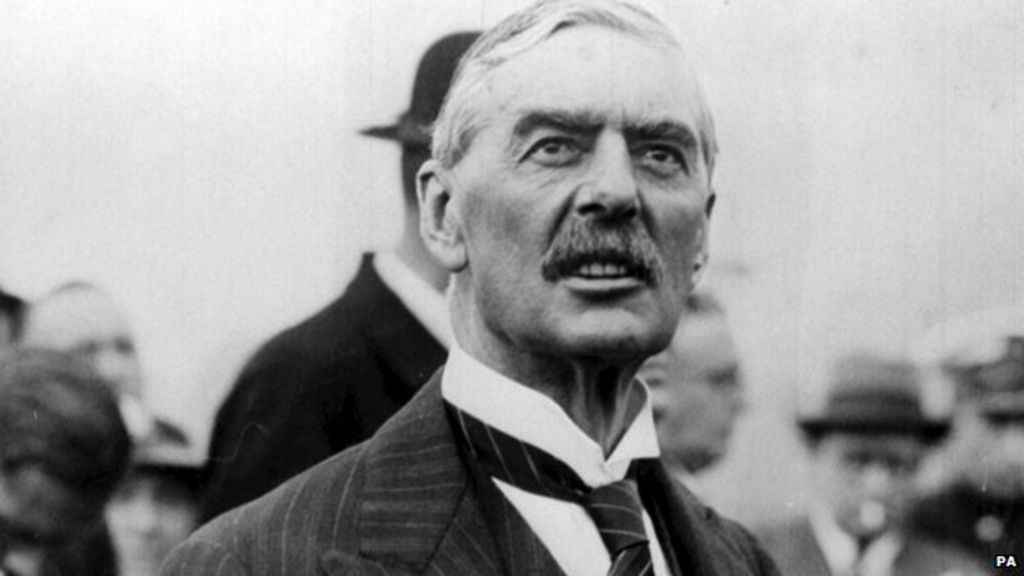 After concluding an agreement with Italy ending the Spanish civil war, Chamberlain openly announced that he would take the Ethiopian issue to the Council of the League for a debate. Consequently, We dispatched the following telegram to the General Secretary of the League of Nations indicating that We would be sending envoys in order to discuss Ethiopia’s case from a position of equality:

I understand that the Ethiopian case will be on the agenda of the May meeting of Council of the League of Nations. As indicated in the League of Nations’ charter, any member, even though not a member of the council, has the right to be present during council discussions when the meeting has to do with the country in question. Therefore for the benefit of my gallant people who are fighting for their freedom, I soon will notify you of the names of the Ethiopian representatives authorized to discuss Ethiopia’s case both at the council meeting and at the general assembly.

There were rumors coming from all directions that the rapprochement between Chamberlain and Mussolini was intended to hand over Ethiopia to the invaders. In order to clarify the situation, we issued the following statement from Bath on April 10th, 1938:

If, as some sources have indicated, the British government’s letter to the Secretary General of the League was sent to ease the League’s obligations that binds member nations so as to grant recognition to the Italian occupation, We oppose the decision in its entirety. It should be known that this decision has no connection whatsoever with the basic charter of the League, particularly with the resolution approved by all members and passed by the General Assembly in July 1936 prohibiting the granting of recognition to a country occupied by force.

Next, since We had determined to appear at the council meeting, several politicians offered their opinions on the matter. For example while the Manchester Guardian newspaper remarked that, “the presence of the Emperor at the meeting again will probably create an amazing drama,” the Daily Express on its part stated, “The Emperor has demonstrated in many ways that he would push his case and fight for it up to the last minute; the present decision to appear at the assembly will be another testimony to that effect.” 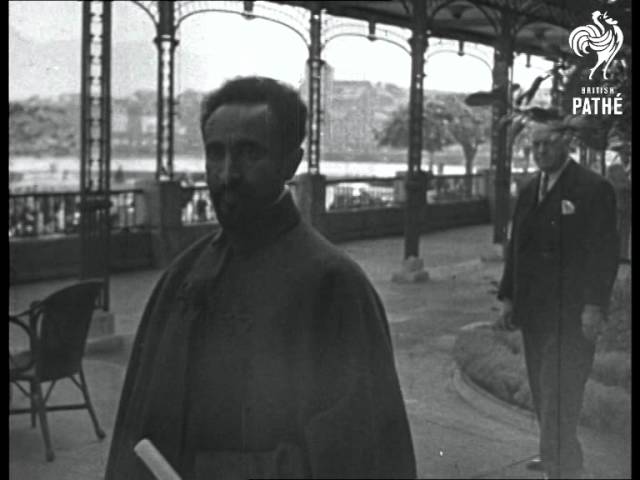 After this, the British delegation headed by Lord Halifax held an urgent meeting and decided that “the presence of the Ethiopian representatives at the assembly is appropriate and rightful.” The reason why it reached this decision, as far as We understood it, was that the British public was not then supportive of the aim of its government.