A PROPOSAL TO EXPEL ETHIOPIA FROM THE LEAGUE OF NATIONS-THE DEATH OF DEJAZMATCH NASIBU ZAMANUEL-RELATIONS WITH OUR AUTHORITIES AT GORE-THE DEFENCE WE MADE AGAINST THE DIPLOMATIC PROBLEM THAT RESULTED FROM THE OCCUPATION OF WESTERN ETHIOPIA-THE READINESS OF SOME COUNTRIES TO RECOGNIZE THE OCCUPATION OF ETHIOPIA-THE OBJECTION OF THE SWISS GOVERNMENT TO OUR REQUEST TO RESIDE THERE.

As if the blood they spilled in Ethiopia was not enough, the Italians were working to get Ethiopia expelled from the League of Nations…. Knowing that the issue would be raised at the Geneva assembly of Meskerem 1929 [September 1936], We left London for Geneva on Monday, Meskerem 12, 1929 [September 20, 1936], accompanied by Ras Kassa, Ato Wolde Giorgis Wolde Yohannes, Ato Taddesse Meshesha, Dr. [Jacovus] Zervos, and Abba Hanna. Azaj Workineh had left earlier with the report to be presented at the assembly, and spent the week working on it with Ato Lorenzo Taezaz. 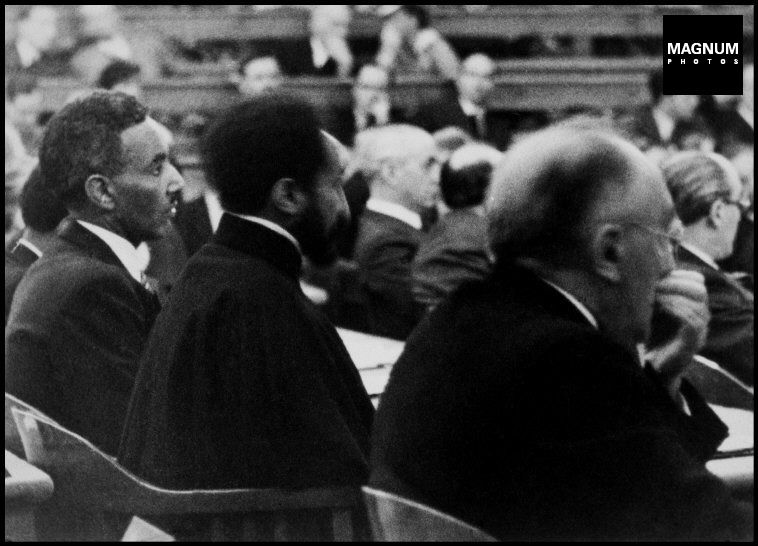 First of all, on Meskerem 13 [Sept. 23, 1936] the assembly decided that the Credentials Committee should study the controversial matter as to whether or not Ethiopia had the right to be in the assembly. On the same day, a sub­committee comprised of six countries was composed and started its deliberations.

Italy was not at the assembly. The French lawyer whom we had assigned to discuss Ethiopia’s membership on our behalf had been prohibited by his government from attending the meeting and was absent. On our part we prepared and presented a document to the committee explaining that we had transferred our government to Gore… [from where it] was being directed… on Our behalf in accordance with instructions… received from Us by telegrams and letters.

Italy and her supporters put forward a suggestion that no country should retain its membership after its capital city had been occupied. On the other hand they presented a forged document which purported that the people of Ethiopia had contentedly accepted Italy’s governorship. 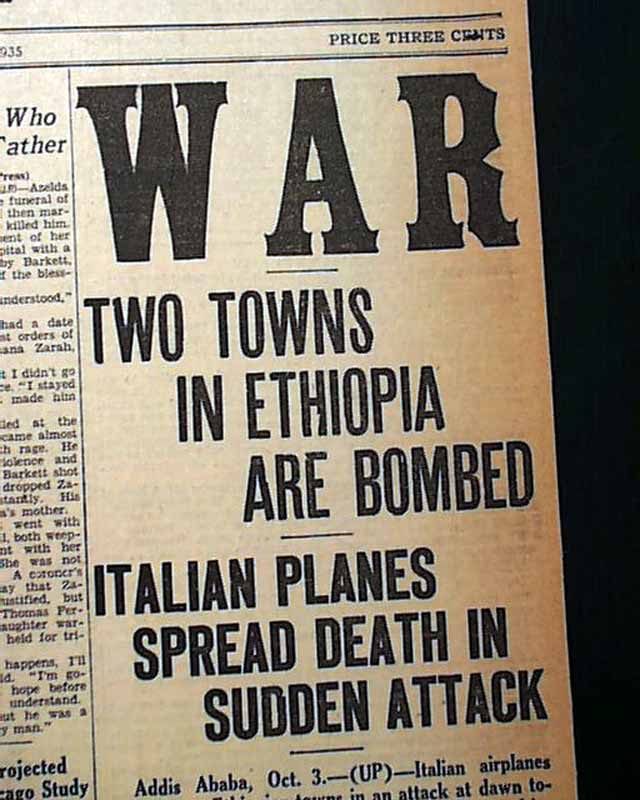 The committee, after a long discussion based on the evidence submitted by both sides, resolved to accept Ethiopia’s envoys and presented its decision to assembly [which] accepted the decision and forwarded it for a vote; out of forty-nine envoys, thirty-nine supported Ethiopia, four objected, and six abstained; and, as a result, a decision was made… [permitting Us] to send envoys to the assembly.

The countries which opposed Ethiopia were Austria, Hungary, Albania, and Ecuador. The six countries which abstained were Bulgaria, Panama, Portugal, Siam, Switzerland and Venezuela. The main points presented by the Credentials Committee to the assembly were the following:

1st. By a previous authority, Ethiopia’s representatives had the right to be at the assembly meeting.

2nd. Thereafter conditions changed. It was now difficult to ascertain whether or not the previous recognition applied to the present administration… [in Gore], or whether or not the emperor could effectively exercise his authority.

3rd. No member of the committee questioned the legality of Ethiopia’s membership and its conformity with the regulations. Rather, there was some discussion within the committee concerning the question of its acceptability.

4th. The committee cancelled as useless the motion that the case be presented to the Hague court, since its decision would not be ready for the present meeting.

5th. The committee unanimously agreed on the adequacy of Ethiopia’s credentials and that its delegates should attend the meeting.

6th. The committee’s recommendations concerned the present meeting and did not hold for future ones. 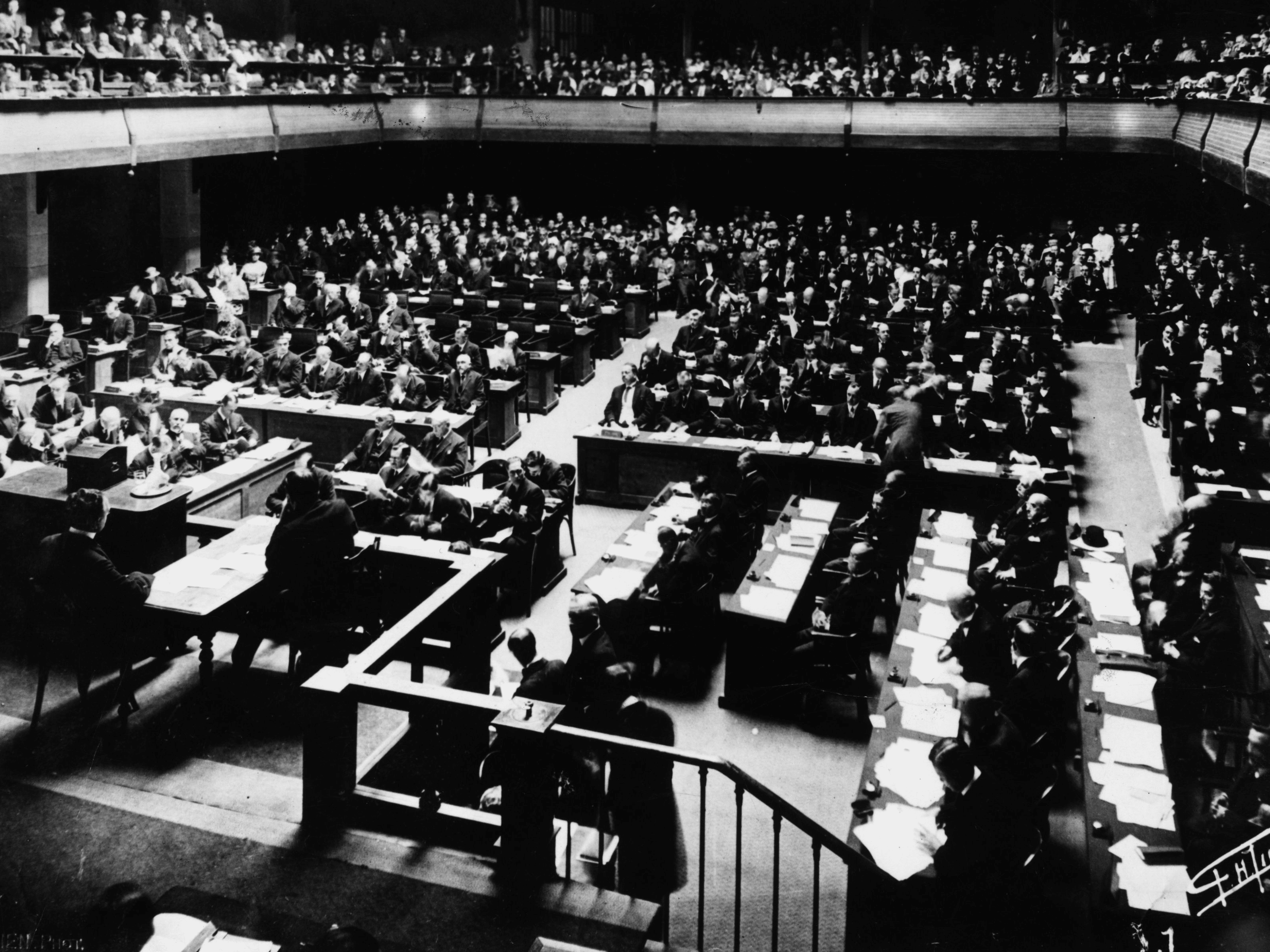 Our friends, who were happy at this decision, came over to the hotel where we were staying to congratulate Us and express their heart-felt love to Us and Our envoys. We also felt that We had surmounted one big hurdle in retaining Our membership seat in the League, although Our initial objective of acquiring military equipment and a loan of money had failed

.We returned to London and continued to live in Bath. There we heard the death of Our faithful servant Dejazmatch Nasibu Zamanuel on Tikimt 6, 1929 [Oct. 16, 1936] in Davos… Switzerland while undergoing treatment, and stayed at home to mourn him. Immediately We sent Our Foreign Minister Blatengeta Herui Wolde Sellassie to Switzerland to attend the funeral.

Our friends expressed their sympathy to Us by holding a public gathering in the Chesterfield salon on Tuesday, Tikimt 10 [Oct. 20], praying in commemoration, standing for a moment of silence and making speeches of condolence. Among them were people such as Professor [Herbert Stanley] Jevons and Sir George Paish, the founders of the Abyssinia Association. 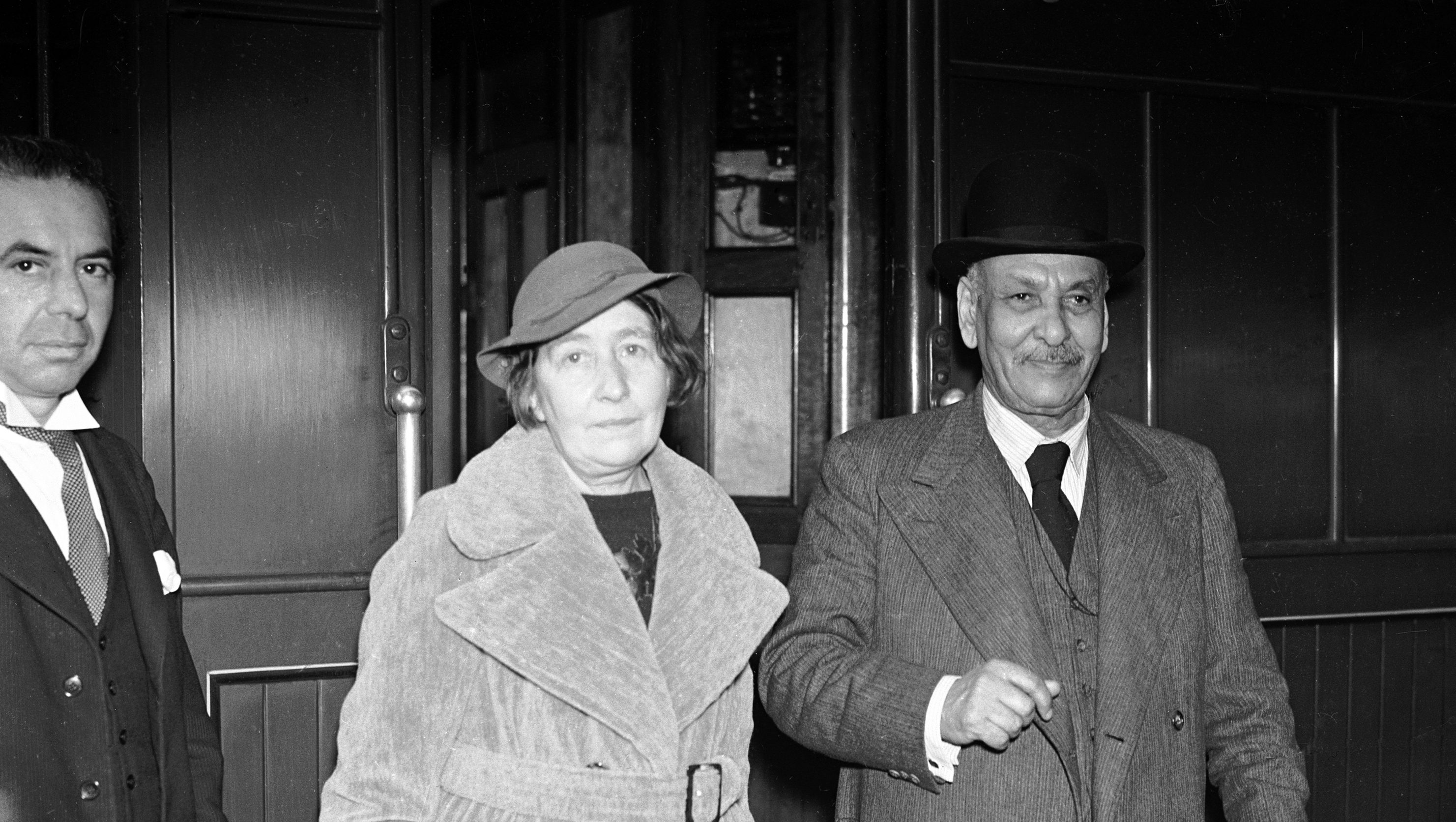 Because the letters and telegram messages of Our patriots were not reaching Us in a timely way, we found it very difficult to make known the situation in Ethiopia in order to win the favor of world public opinion. However, We continued to receive some written documents that assisted in Our struggle, directly or indirectly. At a time when fascist propaganda flooded the whole world, We received a telegram from Bitwoded Wolde Sadik and Ras Imru [which] We passed on to the Secretary General of the League of Nations. The words of the telegram were as follows:

To His Excellency Monsieur Joseph Avenol,

General Secretary of the League of Nations,
Geneva.

In reference to the correspondence we made regarding the acceptance of the delegates of Ethiopia at the assembly, We ask you to communicate the following words to all member countries.

Those whom We authorized to administer Our imperial territory in Our absence have sent Us the following appeal to be forwarded to the League of Nations.

We have received Your Majesty’s telegram of October 4th [Meskerem 26th]. Having confidence in the League, the imperial government has been accomplishing its duties peacefully and diligently, and, indeed, it does have Western Ethiopia under its control. Meanwhile, we have learnt that the invading Italians, without having any compassion, have sworn to terrorize and literally annihilate the Ethiopian people by using planes and to destroy the government resident in Western Ethiopia. A huge military force has started its way towards here. Without adequate money and armament, we cannot resist the power of the enemy. Should the peaceful and freedom loving people who have fully trusted the League be left to total destruction at the hands of the atrocious invader? The blood of our suffering people is crying out for justice to the Almighty God and to the League of Nations. We believe that our lamentations will be heard. We beg Your Majesty to request the League to view the struggle of Ethiopia with a clear conscience and extend its help. We earnestly request Your Majes­ty once again to appeal to the League.