Eunuchs were castrated African men kidnapped from Darfur, Abyssinia, Korodofan, Zanzibar and other African nations and sent to Turkey, Arabia and other Middle Eastern countries to serve in the courts of sultans.

Young boys, often victims from raids and wars, were subjected to the horrid and inhumane process of castration without anesthesia which had high mortality.

To stop the bleeding, hot coals were cast into the naked wound, which was followed by horrifying screams from the victims.

Since they could no longer perform any sexual function, they obtained great privileges as harem guards and palace courtiers. They came into a life of influence and luxury possessing silk garments, Arabian thoroughbreds and jewels which reflected well on their wealthy masters. 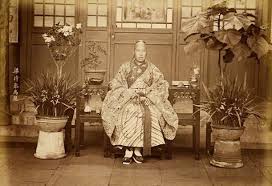 Their duties included serving as guards and caretakers of mosques, as well as, administrators.

In the Ottoman Empire, until about 100 years ago, the Black eunuchs played key roles at the courts of the royals. However, their presence for over three centuries seems to be deliberately shielded.

In his 2016 book “The Black Eunuchs of the Ottoman Empire,” Northern Colorado professor George Junne says eunuchs had been present in earlier Islamic households and courts. 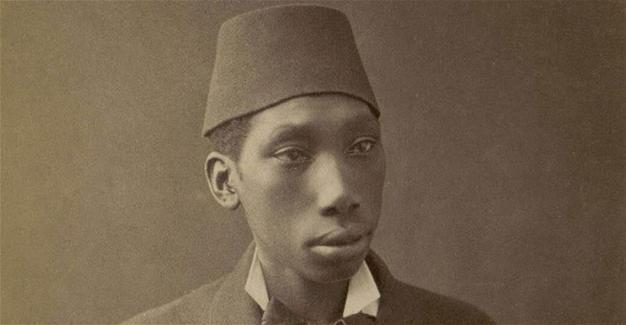 However, the Ottomans started the blood-curdling practice of eunuch-making after conquering the Christian Byzantine Empire of Istanbul in 1453.

He writes: “In the Ottoman court and other wealthy households, eunuchs served as neutral, nonthreatening, non-gendered emissaries in a moral universe that was highly charged with sexual tension. There was plenty of demand for eunuchs, and a steady supply was guaranteed by Arab horsemen raiding Africa. Most died during the castration process, driving up the price of those who survived”. 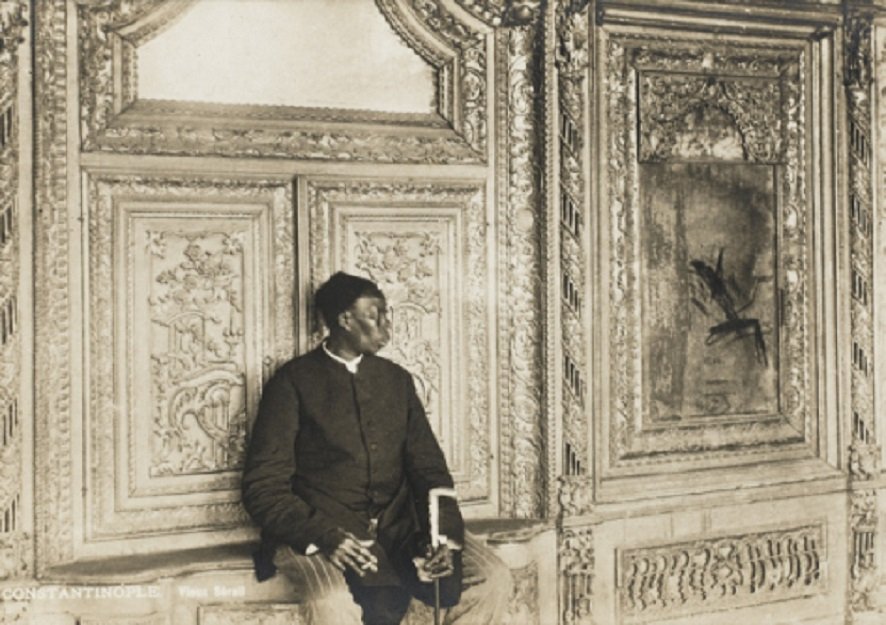 According to Prof. Junne, there may have been as many as 800 court eunuchs organized in a hierarchical, well-defined structure, adding that “Eunuchs who served the sultan favorably, plus those who learned Turkish and who converted to Islam, could progress in the system. A few would procure appointment to administrative posts within the empire, some serving in Cairo and Medina.”

While eunuchs who served powerful masters and found favour with sultans were respected and even feared, the unfortunate ones in the Ottoman Empire were slaves who received contempt and ridicule.

The Chief Black Eunuch (Kızlar Ağası) was immensely powerful and carried out overt and covert missions for the sultan and was the only official who had his ear at all times. 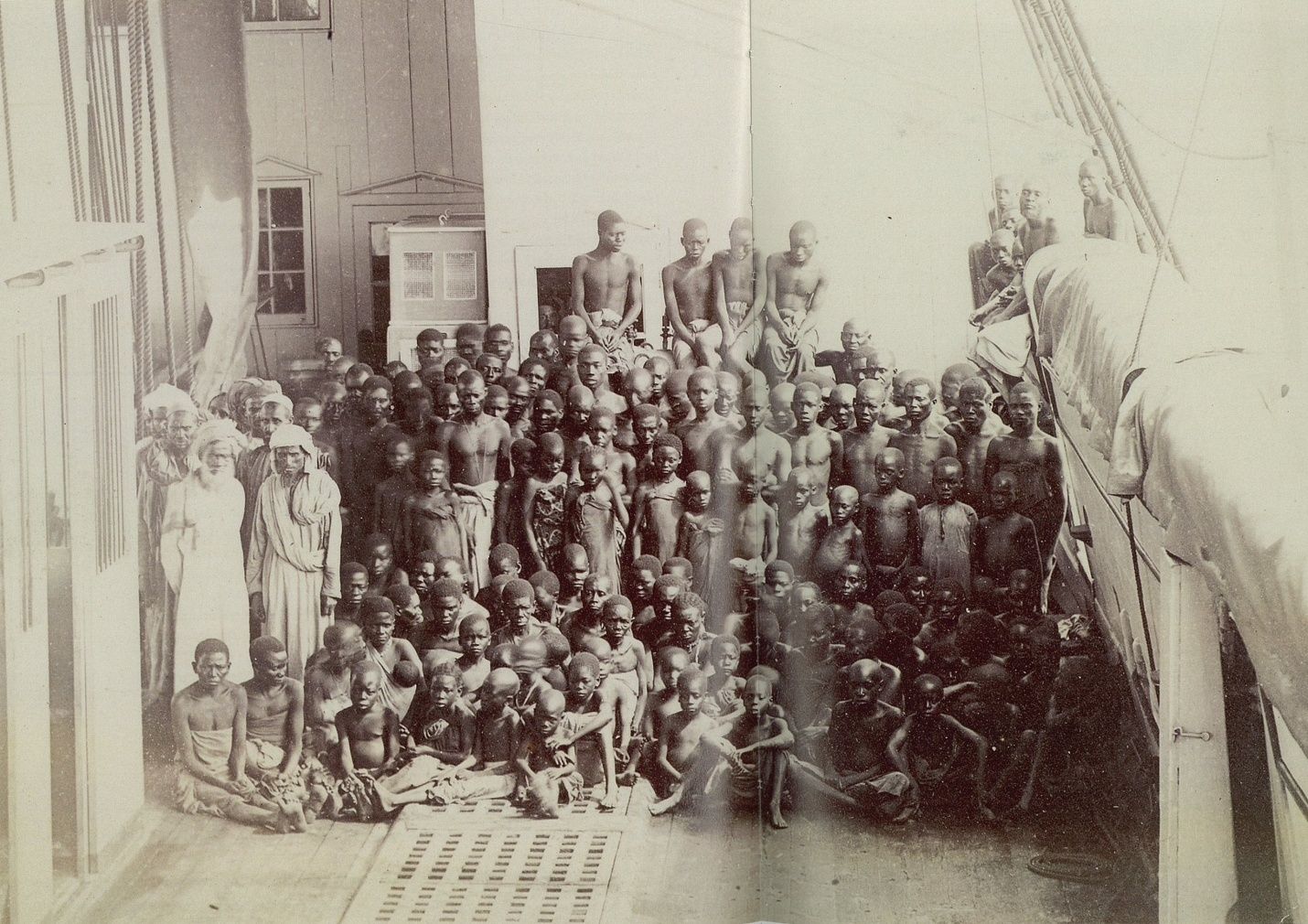 “They had the authority to grant favors through which they could add to their riches (which reverted to the sultan after their death as they had no heirs).

“The Chief Black Eunuch also often helped with state appointments, served as a supervisor of the holy places under Ottoman dominion, built and rebuilt mosques in Istanbul and elsewhere, administered the properties and estates of the sultan’s mother and children, helped train young members of the court, and was entrusted with the venerated “Sancak Ştoerif” (Sacred Standard) of the Prophet Muhammad,” according to Prof. Junne.

The Ottoman Empire was abolished in 1923, replaced with the Turkish Republic.

With a society embarrassed of its cruelty to them yet failing to integrate them, the Black eunuchs seem to have melted into oblivion with Turkish society barely discussing them.

Our Afrikan Heritage Online has a new category ” Rastafari Movement In Focus” which will inform on the journey of the Rastafari movement from its inception in the 1930’s until our present time. It will also highlight activities in Rastafari communities internationally.

ALL RASTAFARI BROTHERS AND SISTERS ARE REMINDED THAT THE ORDER OF THE NYAHBINGHI IN UNITY WITH THE AHF WILL BE HOSTING THE “RED LIGHT CONGO NIGHT”, TOMORROW, SATURDAY 19TH OCTOBER. THIS ACTIVITY WILL BE HELD ON THE 3RD SATURDAY OF EACH MONTH AND IS INTENDED TO BE A FUNDRAISER IN SUPPORT OF THE NYAHBINGHI HOUSE AND THE AHF. THE “REDLIGHT CONGO NIGHT” WILL BE HELD AT THE AHF’S HEADQUARTERS “LIBERTY HOUSE” LOCATED ON UPPER TWO MILE HILL ST.MICHEAL. TIME 7PM – 12AM

THIS IS AN ALCOHOL AND FLESH FREE ACTIVITY. ONLY ALCOHOL ON SALE WILL BE NATURAL WINES. ITAL AND NATURAL JUICES WILL BE ON SALE.

DONATION AT THE DOOR $10. ….. MUSIC PLAYED BY AHF HOUSE SELECTORS.