As Barbados moves to possibly engage the International Monetary Fund (IMF) as a means of addressing the island’s economic situation, Barbadians should know the history of this organization and how it is presently impacting on other countries.

At its most basic level, the IMF is an international banking organization that lends developing countries money on the condition that such countries adopt policies that the IMF feels stimulate economic growth and sustainability the best.

In the IMF’s own words, “The IMF’s primary purpose is to ensure the stability of the international monetary system—the system of exchange rates and international payments that enables countries (and their citizens) to transact with each other.” Another one of its stated core goals is to make the state as small as possible so it cannot meaningfully intervene in the economy.

Neoliberalism, or the belief that a market functions best with as little interference as possible from outside factors like governments, is the philosophy behind the IMF and forms the backbone of its policy recommendations.

The IMF is intricately tied into a web of neoliberal policy makers and advisors, including top advisors to several dictatorships including Chile’s Pinochet—an infamous ruler who led the government of Chile from 1973 until 1990. During that time, he transformed a socialist economy into a neoliberal dream of open markets using a mix of government cuts and military force.

What pushed Pinochet to radically alter Chile was the influence of his economic advisors, who put the neoliberal philosophy of the IMF into practice. In the years to follow, the IMF would press neoliberal policies onto tens of countries, prying them open to global competition while shutting down as much of the states as it can in the quest to achieve ‘pure markets.’ 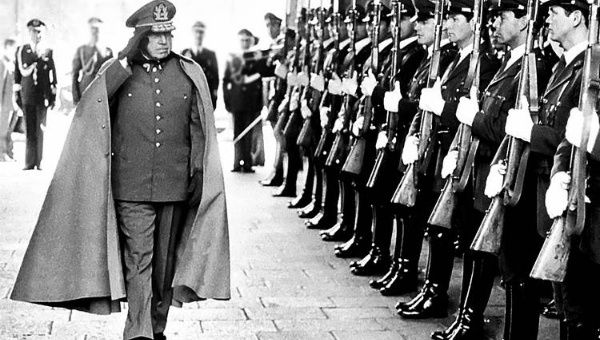 Neoliberalism is a policy model of social studies and economics that transfers control of economic factors to the private sector from the public sector. It takes from the basic principles of neoclassical economics, suggesting that governments must limit subsidies, make reforms to tax laws in order to expand the tax base, reduce deficit spending, limit protectionism and open markets up to trade. It also seeks to abolish fixed exchange rates, back deregulation, permit private property and privatize businesses run by the state.

How is Neoliberalism connected to Neocolonilazation?

Neoliberalism has in the past three decades had a tremendous impact on both thought and practice throughout most of the world, and has dominated international development since the early 1980s. Although neoliberalism presents itself as modern and progressive, it is argued that the underlying ideologies and power agendas have their origins in the political debates of the eighteenth century and earlier. Through an analysis of neoliberalism from a world-historical and global perspective, indications are seen that the international development agenda has more to do with political and economic interests than with benevolent pro-poor development. This leads to
the debate about redistribution of resources and State-led Development versus Free-market Development, which is inextricable from the discussion of Liberal Democratic Peace Theory versus Realism. From this perspective it is argued that the notion of democratic peace is used as a popular seductive rhetoric, to legitimize western military interventions and the imposition of economic policies in the name of democracy, human rights and free market economy. In this context, it is argued that neoliberalism cannot be analysed without also considering inherent links to imperialism and neo-colonialism, which is being resisted by pan-African movements.

Underdevelopment Theories, most notable the Dependency Theory and World System Analysis may provide a more comprehensive picture of ‘development’ that incorporates Western covert operations and wars by proxy, and that includes the notion of imperialism and neo-colonialism. As influential scholars such as Paul Baran (1957), Andre Gunder Frank (1967) and Wallerstein (1992) argues, economic development in underdeveloped countries is profoundly inimical to the dominant interests in the advanced capitalist countries. To avoid such development strong states will form alliances with domestic elites in the weak states, who will ensure that the strong states will have easy access to natural resources and cheap labour and thus be able to maintain traditional modes of surplus extraction. From this perspective aid is intended to undertake the interests of the core capitalist states and to keep competing capitalist states at bay, by ensuring functional military structures, and the maintenance of law and order through so-called development projects. The IMF has said it is changing its policies to encourage more stability and peaceful economic transitions. However, if the recent instability in Tunisia, Jordan and Sudan are any indicator, then it appears the IMF’s attempts at internal reform have already failed.

In June, 2016, the IMF posted a report online entitled, “Neoliberalism: Oversold?” where several of its experts come to the conclusion that the organization, after decades of sparking violence and fueling despotic claims to power, may not be as democratically oriented as it thinks itself to be. The report posits that “Instead of delivering growth, some neoliberal policies have increased inequality, in turn jeopardizing durable expansion.”

According to Brendan Meighan, a consultant at the World Bank and an economic analyst focused on the Middle East, the IMF has “softened its approach in recent years.”

In Sudan, bread prices doubled after the government removed subsidies for the good. Predictably, thousands to the streets, and hundreds were arrested, including journalists and activists. The government used lethal force, tortured many dissidents and even confiscated the papers of opposition news outlets.

While claiming the IMF has reformed itself, it concludes its report with a re-evaluation of Pincohet’s dictatorship, which it typically heralds as a great example of a politician decisively determining the future of his country.

The report quotes economist Joseph Stiglitz, saying that Pinochet’s Chile  “is an example of a success of combining markets with appropriate regulation.” No mention is made of the thousands who disagreed with Pinochet on the exact vision of Chile’s future, which was foreclosed to those who were priced out of it or killed.

One part of the government the IMF has never advocated to cut is its military, which is relied on to enforce its new economic policies on its people, using force if needed.

Though Pinochet’s economic advisors, nearly all of whom were IMF-aligned neoliberal evangelists, convinced Pinochet to privatize much of Chile’s state-run enterprises and cut down the public sector in the name of ‘tight monetary policy,’ Pinochet found room to increase the defense budget massively.

“Policymakers, and institutions like the IMF that advise them, must be guided not by faith, but by evidence of what has worked,” the IMF’s own report says.

However, “Since 2011, despite the fact that there is no evidence whatsoever that the policy recommendations of the international financial institutions actually work and lots of evidence that their failure was a significant factor motivating the uprisings, the IMF and World Bank are back at it again with only cosmetic rhetorical changes in their policy recommendations,” argued Dr. Joel Beinin, professor of Middle East history at Stanford University, in an interview.

The IMF’s strict adherence to neoliberal progneses has and will likely continue to necessitate strong-armed enforcements and a further evaporation of the middle and working classes in the Middle East and beyond.

The deployment of state-sponsored violence to enforce the will of the IMF is no coincidence: it is often the only means governments can use to force its people to comply with the IMF’s purish economic vision.

More and more Middle Eastern countries are having to face a choice: take a loan from the IMF to prop up its economy, or develop itself democratically.

What do you think is the answer to the economic crisis in Barbados? Should we engage the IMF? How sustainable is borrowing money to pay debt? When we privatize, what protection do Barbadians have from the new owners? Who has the money to buy? Who will be in control?

1 thought on “The IMF. Barbados be in the know.”