The recent encouragement and associated actions by the Barbadian Prime Minister of Barbados to forge closer ties and relations with African countries, has been seen by many as positive and progressive, within the framework of reparations, in the area of self-repair. 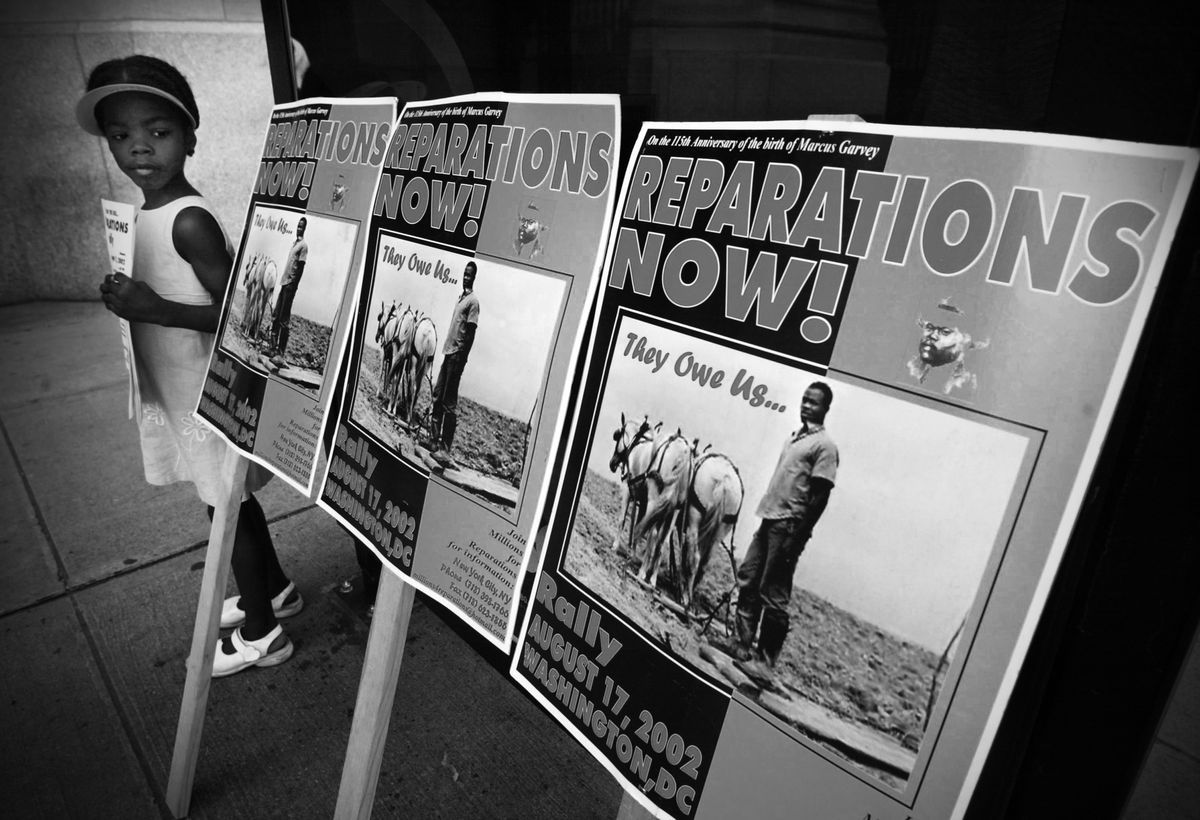 Closer ties between the Barbadian government, and that of Ghana, along with other African countries, will hopefully offer Barbadians who wish to repatriate better support to do so. At present, African descended diasporians who have repatriated to the continent, have been faced with immigration challenges that do not speak to the essence of repatriation. It is therefore hoped that governmental ties between Africa and Barbados will result in the creation of bi-lateral policies and agreements that better facilitate the process of repatriation.

That being said, the Barbadian government along with non- governmental entities, should be seeking to educate its people on various aspects of African culture that will be essential for smoother social integration between the two countries.

One such aspect of Ghanaian culture that Barbadians must take note of is the use, or rather non use of the left hand. In Ghana, and many African countries there is a general taboo on left-hand use. Giving, receiving, eating, and drinking with the left hand are considered to be rude by virtually all
members of the community. A significant portion of the people also considers pointing by the left hand to be rude. Pointing, here, includes both gesture that indicates a directed path and gesture that indicates a direction toward a particular location. Consequently, they avoid pointing by the left hand in face to-face interaction, especially with superiors and strangers.

To further emphasize this aspect of Ghanaian culture, the following excerpt from a Ghanaian newspaper illustrates this taboo. The excerpt appeared in a series of articles, in which a question from a reader is answered by a columnist. In the following article titled “Why Not the Left hand”,
a foreigner who recently moved to Ghana raises a question about the left hand. 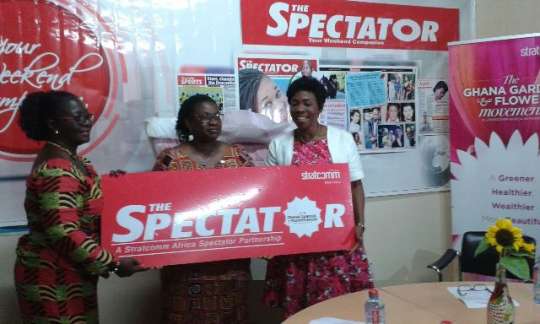 Dear Monica, It is a fundamental part of our culture not to either shake hands, give an item or point by the left hand…

Another article in the Ghanaian mass media also underlines the significance of the pointing taboo in Ghanaian cultural identity. A Ghanaian weekly publication, The Sun (18th-24th November, 1996), published a letter from a well-known Ghanaian actress in the section, “A letter to Maame”. She describes a cross-cultural clash between a Ghanaian film director and an English director of photography during the shooting of a movie in London.

The story in the film was set in Ghana with Ghanaian characters. The film was shown in Ghana when it was completed. Among the crews, the director was the only Ghanaian. The problem arose in the shooting of a scene in which “the little girl Ama sees Sister Mabel on a horse back in the bush. Sister Mabel points at an object further off with her right hand” (Sister Mabel was played by the actress). The director of the photography, an English man, was not happy because the action did not conform to the established film language. He claimed that, considering the positioning of the actors, Sister Mabel should point with the left hand. The Ghanaian director and the actress had to give a lesson on Ghanaian culture to the crew to resolve this conflict. After the description of this experience, the letter continues, “in Ghana, making gestures or pointing at objects with the left hand is considered highly provocative and culturally disrespectful. Foreign oriented Ghanaians use the left hand with no ill intentions. But then, care must be taken when one is in the midst of culturally oriented Ghanaians or Africans. Such a person sooner finds his/her actions unacceptable, especially when seen on our screens”.

The letter indicates that there may be some individual variations as to the gesture taboo. Such
variations may be the cause for the tragedy in the following incident, which is
also reported in a local newspaper.

The following incident, which was reported in a Ghanaian newspaper, The Ghanaian Chronicle (October 12th, 1998), illustrates how serious the consequence of violating the taboo can be. An airforce officer was driving behind a cab, and started to overtake the cab. The cab driver gestured with the left hand to the officer. According to what the cab driver told the newspaper, which the
officer denied, he and his friend were physically abused because of the offensive left-hand gesture. According to him, the officer questioned him as to why he used his left hand to give him a signal. Then the officer called in his junior officers, who took the driver and his friends to the airforce base, shaved them with broken bottles, beat them up, and locked them up in a room till the following day without food or water. The newspaper article does not make it clear exactly what kinds of gestures were performed with the left hand except to say that the gesture was performed “to signal to the officer of the impending danger his over-taking could pose to other vehicles and himself.” One could imagine some pointing gestures were involved in doing so.

This alleged violent reaction by the officer is obviously extreme (extreme enough to be newsworthy). However, it illustrates very well how strongly some of the people feel about the gesture taboo. This situation in Ghana raises a couple of questions. How does a taboo on a particular type of gesture shape the gestural practice of the community? In what context do people nevertheless produce taboo defying gestures? 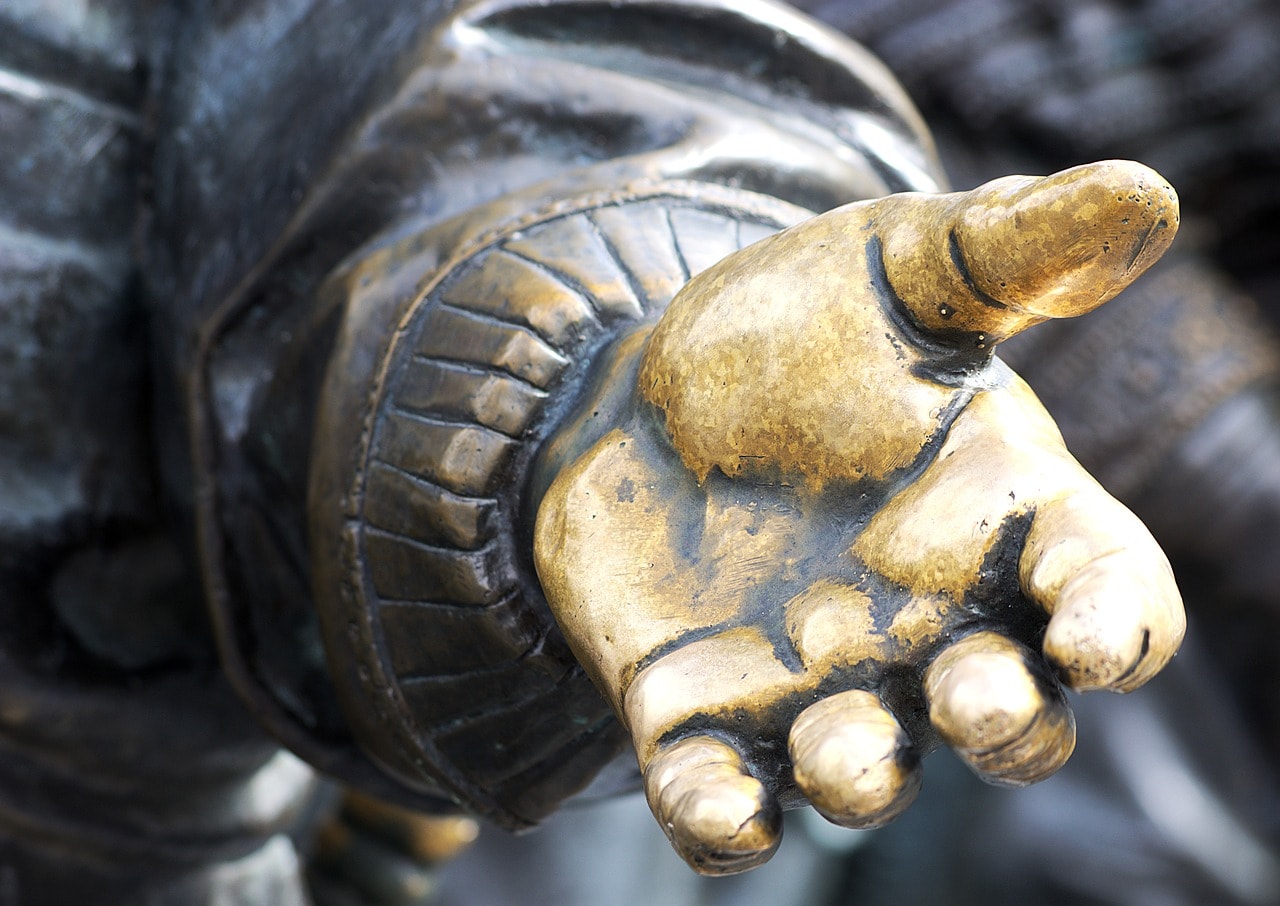 The gesture taboo has consequences beyond the general suppression of left hand pointing. The question of how body movements are defined as a gesture for the purpose of the taboo is a topic well worth exploring should one wish to reside or even just visit the African continent.

The inappropriateness of left-hand pointing (and other activities) in various ways has been explained as, “it is part of the custom”, “it is a taboo”, “you’re in the wrong”, and “you’ve insulted the person”. The underlying theme of these various reasons is that the use of the left hand is a violation either of the lore of the community or of the interlocutor. One expression that was recurrent in almost everybody’s explanation, in one form or the other, was bu (respect, regard,
consider, think about (someone)). Among the uses of the expression were mèbu amea o ‘you’ve not respected the person’, mède bubu amea nu o ‘you’ve not accorded the person respect’ or mefia bubu o ‘it does not show respect’. 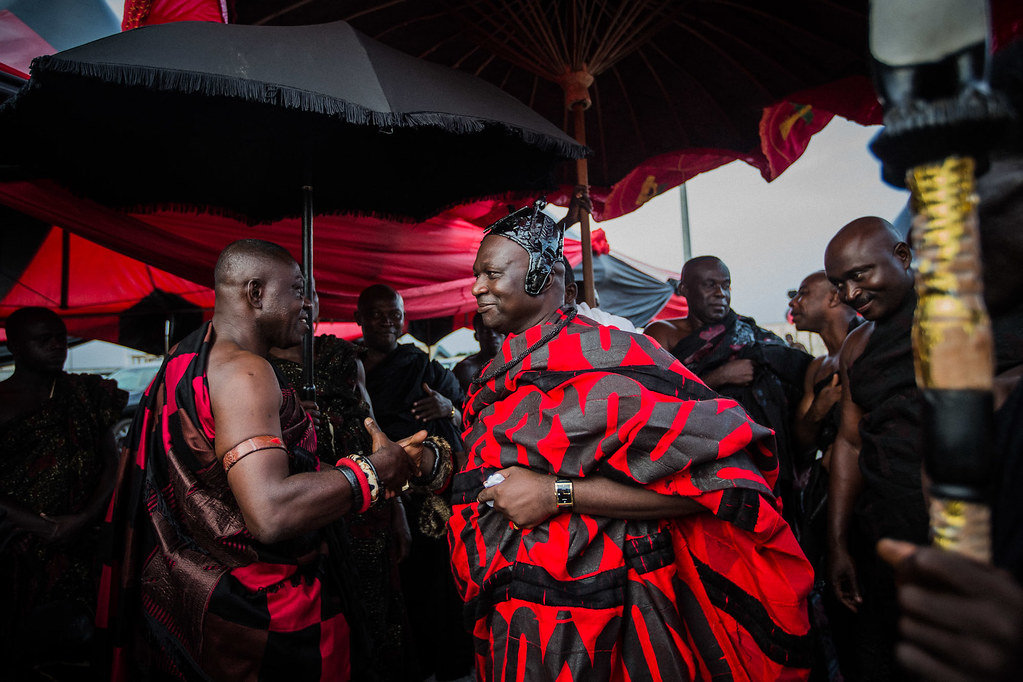 Left-handed men and women have existed for more than 30,000 years. For centuries, individuals have been in search for the answers to why people prefer left- hand over the right- hand, and why the left- hand is such a minority. It is a curious quirk of human nature that most of us (90%) prefer using our right hand, while a minority of around 10% prefer using their left – a ratio that
has remained remarkably stable across cultures and ethnicities for several thousand years. It is still a mystery on several levels: Why do left-handers exist in the first place? And what is
so special about the right side of the world?  Although left-hand humans are in the minority, the fact that they exist suggest there are certain advantages to variations in handedness across a
population. The evidence for the determination of left-handedness has been attributed to intrauterine factors, physiological, genetic and environmental, and data of various sorts have been used in attempts to establish one fact or another.

In medieval times lefties were thought to be in league with the devil and considered less intelligent than right-handers. In the Middle Ages, the left-hander lived in danger of being accused of practicing witchcraft. The Devil himself was considered a southpaw, and he and other evil spirits were always conjured up by left-handed gestures.

In Africa these are some of the understandings of Right vs Left.

a. Right side associated with men, left with women.
b. Right equivalent to ‘good’, left to ‘bad (inferior).
c. Right connected with good luck, left with misfortune,
or correspondingly, happenings on the right side being good
omens, those on the left bad omens.
d. Left representing fortune; right misfortune.
e. Right side preferred, left considered inferior.
f. Color associations with right and left.
g. Right and left denoting orientation. Cultural understanding and cultural awareness are a vital part of international communication. Knowing using the left-hand is considered rude in African cultures is just the beginning of positive nonverbal communication.

Left-handedness has been celebrated in other cultures, where the lists of enduring empire leaders such as Alexander the Great, Julius Caesar, Napoleon Bonaparte, Leonardo Da Vinci-one of the
finest minds in human history, Albert Einstein-celebrated as the quintessential modern genius, juggernaut corporation leaders Bill Gates, Warren Buffett, Henry Ford, John Rockefeller, and movie stars are esteemed. Even six past presidents of the United States have been left-handed.

Uhuru Kenyatta who was elected President of Kenya in March 2013 and reelected in 2018, is a left-handed writer. So are Bernard Bembe-Tanzania’s Foreign Minister, Namadi Sambo, Kashim Shettima, Babatunde Fashola, Oluwarotimi Akeredolu, Adams Oshiomhole-Nigerian Leaders; Professors Zaynab Alkali and Ayanniyi Alhassan. Shaykh Muhammad Rajab was a left-hander and a courageous Sudanese horseman. The Vice-President of Liberia, Moses Blah is lefthanded.

The stigma of “sinister”, “dirty” lefties has persisted due to societal mores in Africa.

Sources: How a taboo on the use of the left hand influences gestural practice. Sotaro Kita and James Essegbey.

Left-handedness and Stigmatization in Africa: Implications for Parents and Teachers Ayanniyi B Alhassan.