Our Afrikan Heritage Online has created a space on its website to facilitate the sharing of information as it relates to the Rastafari community in Barbados, regionally and internationally.

The category is entitled ” Rastafari Movement In Focus” and will be grounded on the pan-African activity of that community which informs the culture of colonial resistance it has produced.

As Rastafari in Barbados and their brothers and sisters internationally advocate for the right to use cannabis within their sacrament and thereby address other infringements of their religious/spiritual rights, the question is asked, can the Rastafari community internationally be considered a “Nation”?

To start answering this question we look to the definition of what a Nation-State is, as stated by the United Nations Education , Scientific and Cultural Organization (UNESCO).

UNESCO – The nation-state “is one where the great majority are conscious of a common identity and share the same culture” .

AHF – This can be clearly seen within Rastafari. For the most part the wearing of locks, eating of ital,the use of cannabis, the recognition of Haile Selassie I as the nucleus of their consciousness, their language and overall respect for the natural living energy of the universe are but a few of the tenets within their culture that gives it a common identity.

UNESCO – The nation-state is an area where the cultural boundaries match up with the political boundaries. The ideal of ‘nation-state’ is that the state incorporates people of a single ethnic stock and cultural traditions. However, most contemporary states are polyethnic. Thus, it can be argued that the nation-state ” would exist if nearly all the members of a single nation were organised in a single state, without any other national communities being present. Although the term is widely used, no such entities exist”.

The nation as we think of it today is a product of the nineteenth century. In modern times a nation is recognized as ‘the’ political community that ensures the legitimacy of the state over its territory, and transforms the state into the state of all its citizens. The notion of ‘nation-state’ emphasizes this new alliance between nation and state. Nationality is supposed to bind the citizen to the state, a bond that will be increasingly tied to the advantages of a social policy in as much as the Welfare State will develop.

AHF – ” Rastafari culture does not encourage mainstream political involvement. In fact, in the early stages of the movement most Rastas did not vote, out of principle. Ras Sam Brown formed the Suffering People’s Party for the elections of 1961. Although he received fewer than 100 votes, simply standing for election was a powerful act.

In the election campaign of 1972, People’s National Party leader, Michael Manley used a prop, a walking stick given to him by Haile Selassie, which was called the “Rod of Correction”, in a direct appeal to Rastafarian values.

In the famous free One Love Peace Concert in 1978, first Peter Tosh lambasted the audience, including attending dignitaries, with political demands that included legalizing cannabis. He did this while smoking a spliff, a criminal act in Jamaica. Bob Marley asked both then-Prime Minister Michael Manley, and opposition leader Edward Seaga onto the stage; and a famous picture was taken with all three of them holding their hands together above their heads in a symbolic gesture of peace during what had been a very violent election campaign. 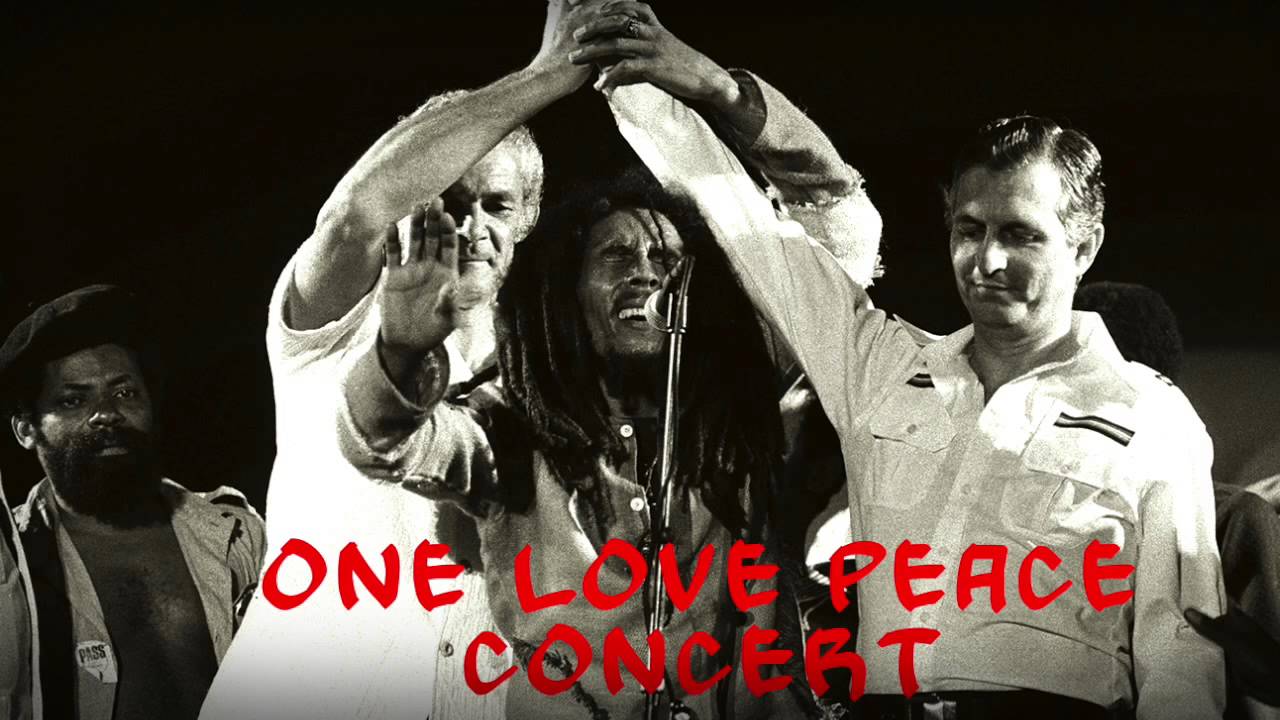 Ras Sam Brown was born on 16 December 1925 and died in August 1998 while attending an international trade fair in Barbados. He was a Jamaican Rastafarian elder well known in Kingston for his politics after he participated in the elections of 1961 with his Suffering People’s party. He received fewer than 100 votes, yet by being the first rasta to ever stand for politics his influence has been greater than this statistic suggests, especially as at the time there was generalized feeling in the Rastafarian movement that Rastas do not vote. He had a 21 point plan. Some of his ideas were:

Members of the Rastafari movement are an inseparable part of the black Jamaican people. As such we cannot and do not proclaim any higher aims than the legitimate aims and aspiration of the black people of Jamaica.

The Rastafarian Movement stands for freedom to its fullest sense and for the recovery of dignity, self-respect and sovereignty of the black people of Jamaica. The Rastafarian movement, for the furtherance of these ends, must have the backing and support to lead a political party of its own.

The Rastafarian movement has the backing of no political party. We are the subject of persecution and discrimination. The Rastafarian movement therefore has decided to actively join the political struggle and create a political movement with the aim of taking power and implement measures for the upliftment of the poor and the oppressed. All men, therefore, are free, irrespective of colour to join this political crusade. The only condition is that he must abandon evil.” Important.ca

UNESCO – After the First World War the principle of ‘the right to national self-determination’ were commonly used by international lawyers, national governments and their challengers. The demand that people should govern themselves became identified with the demand that nations should determine their own destiny. By this followed that ‘state’ and ‘nation’ came to signify the same and began to be used interchangeably. ‘National’ came to mean anything run or regulated by the state, as in ‘national health insurance’ or ‘national debt’5. Today, the idea is that nations should be represented within a territoriality defined state. 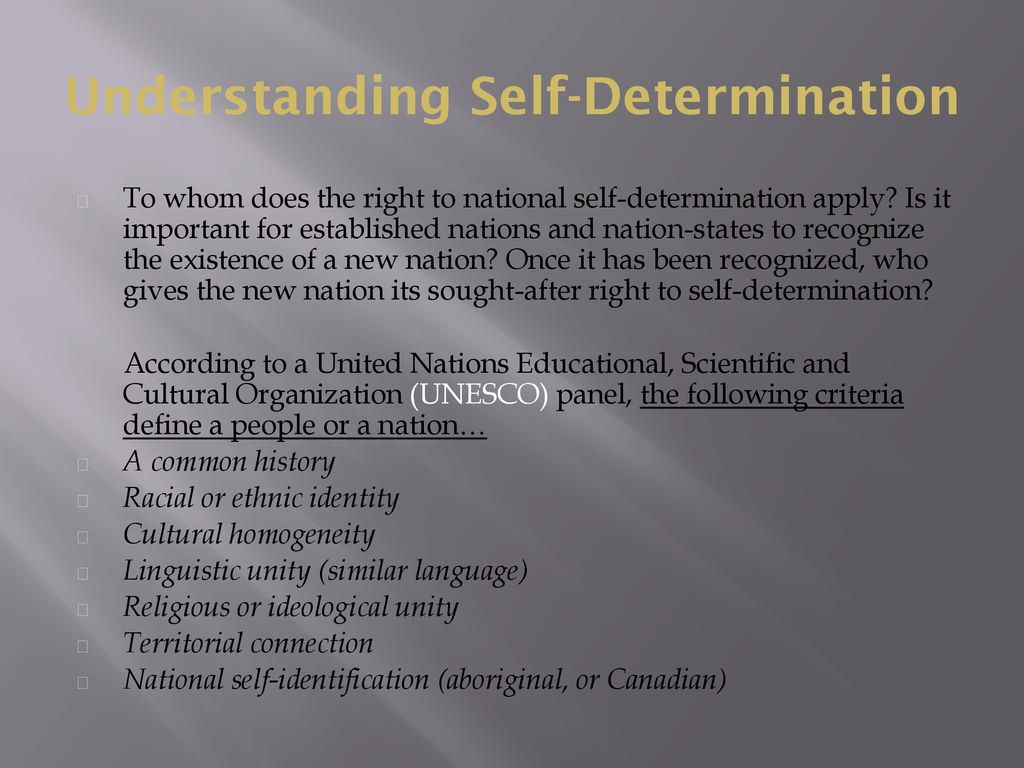 Nevertheless, the idea of the nation-state is more problematical as the state can no longer be seen as the primary focus of national culture. The ‘crisis of the nation-state’ refers to the separation of the state from the nation. Social identities, and in particular national culture, can reassert themselves in a variety of ways due to a gradual freeing of the state from some of its traditional functions. In Western Europe the crisis of national identity is related to the rise of a new nationalism that operates at many different levels, ranging from extreme xenophobic forms to the more moderate forms of cultural nationalism. Underlying this new nationalism is more hostility against immigrants than against other nations; it is motivated less by notions of cultural superiority than by the implications multiculturalism has for the welfare state. Accordingly, one important challenge facing the democratic multi-cultural state is to find ways of preserving the link between social citizenship and multiculturalism. Without a firm basis in social citizenship, multiculturalism can undergo continued attacks from nationalism, often as a result of social insecurity.

AHF – The history of the rise of the Rastafari movement from its inception in the 1930’s is marked with violence perpetrated by the state against it. “The theological roots of Rastafari can be traced to the independent preachers Leonard Percival Howell, Robert Hinds, Archibald Dunkley and Joseph Nathaniel Hibbert, whom, in the early thirties, were the first to establish the claim that Ras Tafari Makonnen, the newly crowned Emperor of Ethiopia who took the name of Haile Selassie I, was God. These four men preached, among other things, the divinity of Haile Selassie I, Black pride, Black freedom and the return of the Black Diaspora to Africa. Like most of the first preachers inspired by Ethiopianism and Pan-Africanism, these Rasta pioneers felt more comfortable talking with the mass of the people in the streets than making ceremonious speeches shut away in their Church. Nonetheless, they all had their own congregation over which they reigned with a charismatic authority. However, among these early Rastas, Howell was by far the one who played a critical role in the development of the Rastafari religion with his Pinnacle community.” Rastafari: Alternative Religion and Resistance against “White” Christianity, Jérémie Kroubo Dagnini

In 1933 Leonard P Howell made the first public announcement that “ The Lion of Judah has broken the chain and we the black race  are now free, King George the fifth is no more our king”. He was arrested and jailed for sedition. That period ushered in what was the birth of the Rastafari movement as we know it today, following the coronation of Emperor Haile Sealssie on the second of November 1930. This is a prime example of multiculturalism clashing with the state in a violent way.

It would seem by the UNESCO definition of a nation – state, and the noted separation of nation from state, Rastafari adherents should be considered a nation of people. If this is indeed the case and Rastafari has moved into the realms of being a nation, this carries with it sovereign rights and recognition’s.

This direction of reasoning will be continued in another article. That article will feature some of your answers to the question, ” Can the Rastafari movement be considered a nation of people”?

YOU ARE REMINDED THAT THE ORDER OF THE NYAHBINGHI IN UNITY WITH THE AHF WILL BE HOSTING THE “RED LIGHT CONGO NIGHT” TONIGHT. THIS ACTIVITY WILL BE HELD ON THE 3RD SATURDAY OF EACH MONTH AND IS INTENDED TO BE A FUNDRAISER IN SUPPORT OF THE NYAHBINGHI HOUSE AND THE AHF. THE “REDLIGHT CONGO NIGHT” WILL BE HELD AT THE AHF’S HEADQUARTERS “LIBERTY HOUSE” LOCATED ON UPPER TWO MILE HILL ST.MICHAEL. TIME 7PM – 12AM

THIS IS AN ALCOHOL AND FLESH FREE ACTIVITY. ONLY ALCOHOL ON SALE WILL BE NATURAL WINES. ITAL AND NATURAL JUICES WILL BE ON SALE.

DONATION AT THE DOOR $10. ….. MUSIC PLAYED BY AHF HOUSE SELECTORS.