The Red Light is a fundraising activity that is hosted by the African Heritage Foundation (AHF). On the first and third Saturday’s of every month the AHF creates an easygoing, relaxed environment  for you at its Red Light lime located at its headquarters, Upper Two Mile Hill, St. Michael from 9pm – 2am.

Each month the Red Light features a person of interest that has made significant contributions to the liberation physically and mentally of Africans and their descendants globally. The Red Light is a social event that is married to one aim of the AHF, which is to introduce more African centered education into the public arena of Barbados. To do this the AHF uses one of the monthly Red Light lime’s to screen a documentary on an event or person of note in the liberation struggles of Africa and her people.

Persons who attend the Red Light lime are asked to make a small contribution of $10 at the door. Revenue collected from this activity is used by the AHF to fund its Homeschooling service. The homeschooling service assists parents who wish to utilize this option for the education of their children. Many parents who utilize this AHF service hail from the lower working class of the Barbadian society. As a charity the AHF facilitates a number of these parents who are not financially able to afford the personalized tutoring their children need to progress to do so. The Red Light is one activity the AHF hosts to allow it to finance the creation and duplication of lesson plans, compensate tutors, purchase materials and books for its homeschooling service.

Repairs to the AHF headquarters are also needed. These repairs will allow the AHF to open a room to facilitate a library and games room for children. Persons visiting the Red Light can see the work that needs to be done, and that has been done, as the AHF prepares to expand its homeschooling service.

Reggae is the genre of music featured in the Red Light lime. However it is not unusual to find inputs of soul, jazz and hip – hop at this lime. “Reggae” comes from the term “rege-rege” which means “rags” or “ragged clothes”. When it started out in Jamaica around the late 1960s, reggae music was considered a rag-tag, fusion of other musical styles, namely Jamaican Mento and contemporary Jamaican Ska music, along with American jazz and rhythm & blues; something like what was coming out of New Orleans at the time. Most listeners didn’t even distinguish reggae from Jamaican dancehall music or the slowed down version of ska music known as Rocksteady, until possibly when the band Toots and the Maytals came along.

Their songs served as a sort of public notice that a new style of music had been born and was staking its claim on the musical frontier. 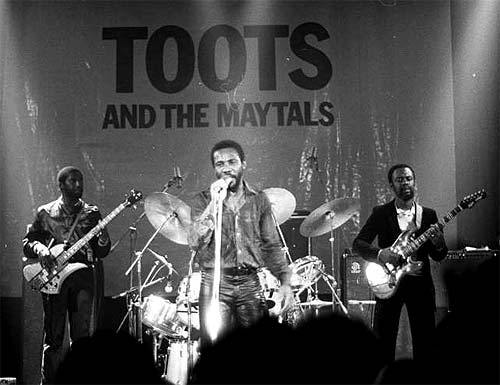 Besides its sound, reggae music is frequently associated with some common themes in its lyrics. The earliest reggae lyrics spoke mostly of love, specifically romantic love between a man and a woman. But as the music and the musicians making it made their way into the 1970s, reggae started taking on a heavy Rastafarian influence. Now the love being sung about was not just romantic love, but cosmic, spiritual love, the love of one’s fellow man, and of God, or “Jah”. It  also spoke of Africa and the repatriation of  African descended people, whose ancestors were captured and brought to the west. When reggae singers weren’t singing about love and African redemption, they were singing about rebellion and revolution against the forces impeding that love and redemption, like the extreme violence, poverty, racism, and government oppression they were witnessing and experiencing.

Reggae music reached more popular international acclaim after singer Jimmy Cliff released a movie called “The Harder They Come” with a powerful socio-political storyline and an equally strong reggae soundtrack. This sudden global attention and interest in the music paved the way for reggae’s biggest superstar, Bob Marley. Today reggae music has spurred the innovation of a whole new range of musical styles, like modern Jamaican Dub, and been infused into many other popular genres, like hip-hop and rap. Yet still you can find limes and dance sessions akin to the Red Light in every corner of the world playing that authentic, roots reggae like it was when it started out in Jamaica over 50 years ago.

December 8th and 22nd. Please note the change of date in December.

Finally you can send an email to info@afrikanheritage.com requesting to be added to the Red Light listing.

With either the email listing, whatsapp chat or FB page you will receive reminders of Red Light activities and updates on the progress being made by the AHF with its educational services.

Please share this activity and help the AHF make the Red Light a purposeful, progressive and profitable fundraising endeavor.