President of the Barbados Road Safety Association (BRSA) Sharmane Roland-Bowen and a group of people that are against the use of marijuana for recreational purposes plan to pressure the Government into rethinking its position to have a referendum on the matter. We await this new collective that will be called ” the Coalition for a Safe, Healthy and Productive Barbados”.

On the other side of the cannabis fence, the African Heritage Foundation(AHF) is in the process of rallying support from Barbadians at home and abroad for its call for Prime Minister Mia Mottley and relevant members of her  cabinet to attend a public meeting to discuss an amnesty on arrest of persons in possession of small amounts of cannabis and small home garden cultivation (please take survey at end of this article).  It is being proposed that this amnesty last until the referendum is conducted and conclusions are made. 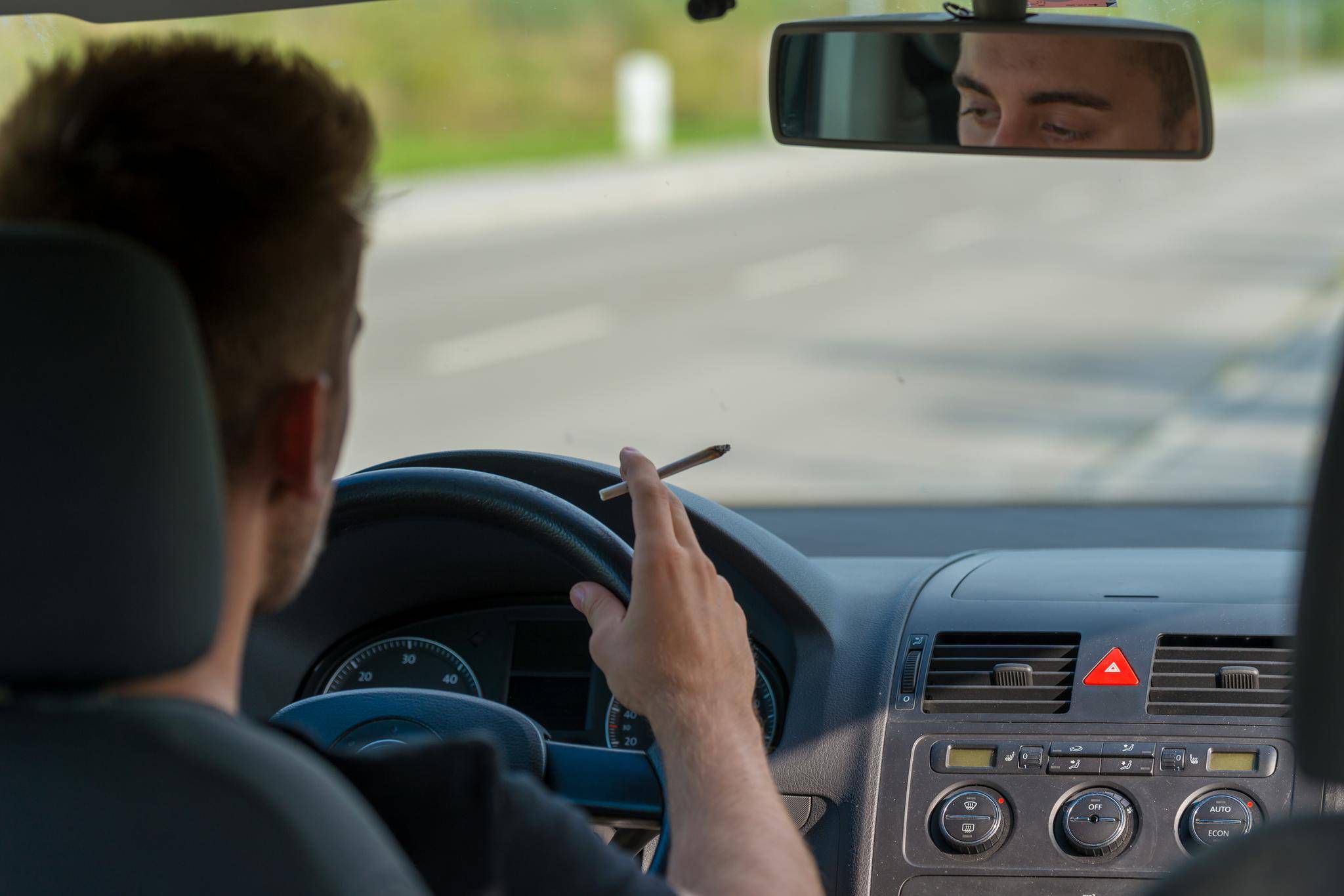 While approaching the issue of cannabis legalization for recreational use from different vantage points, both the AHF and the forthcoming  Coalition for a Safe, Healthy and Productive Barbados agree that Barbadians have not been educated enough on the matter of cannabis legalization and its possible impact on various aspects of their society. Thus they would enter into any forthcoming referendum uninformed. 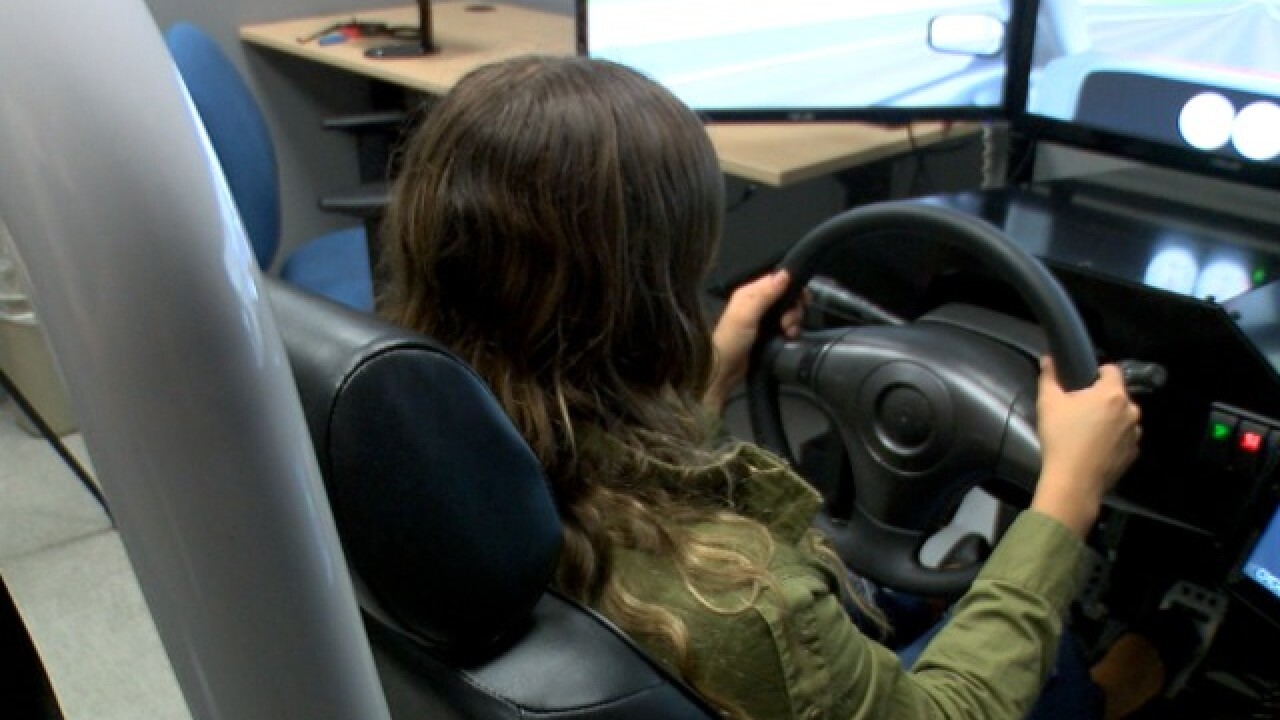 In a study that was done by the Reason Foundation entitled, ” Does Marijuana Legalization Increase Traffic Accidents” in September 2018 it was concluded.

Unlike alcohol, the effects of marijuana on driving performance are not well documented or predictable. Simulator studies have found that drivers affected by THC may suffer from slower reaction time, swerving in the lane, impaired cognitive performance, impaired route planning, and risk-taking. Yet other studies have found no adverse effects on sign detection, sudden lane change, or response to sudden hazards.

A 2015 study produced by the National Institute on Drug Abuse (NIDA) used a driving simulator to assess how marijuana and alcohol affect driving performance. While both THC and alcohol caused subjects to increase in-lane weaving,4 the NIDA study found that only alcohol increased the number of the times the driver left the lane when weaving and the speed of weaving. One explanation is that, unlike drivers under the influence of alcohol, drivers who have used marijuana tend to overestimate their impairment and may try to compensate by driving more slowly and increasing following distance.

The NIDA study also found that drinking alcohol and smoking marijuana together resulted in weaving even if blood THC content and BAC were lower than the per se impairment thresholds for using either substance alone. Even low amounts of alcohol created a synergistic effect with cannabis which increased impairment. Yet, a 2016 study conducted on the same driving simulator found that marijuana actually mitigated some of the effects of alcohol by reducing the time spent above the speed limit.

While simulator studies can provide valuable insight into how marijuana affects key cognitive functions necessary for driving, such as the ability to respond to sudden changes, they may only show what drivers are capable of—not how they actually perform when driving.

Studies suggest that the number of drivers with detectable levels of delta-9-tetrahydrocannabinol (THC), the main psychoactive component of marijuana, in their blood plasma tends to increase following legalization of marijuana either for medical or
recreational use. However, cannabis’s chemical compounds being present in a blood test does not mean a driver was impaired by cannabis at the time of the incident. THC can be present in blood plasma as much as a month after marijuana has been consumed, whereas impairment tends to peak relatively soon after consumption. Thus, the prevalence of THC in the blood plasma of drivers does not provide useful information about the prevalence of marijuana impairment. In fact, the National Highway Traffic Safety Administration (NHTSA) concluded recently that “there are currently no evidence-based methods to detect marijuana-impaired driving” and as a result, “the scope and magnitude of the marijuana impaired driving problem in this country cannot be clearly specified at this time.”

It is far too early in the history of legalization to make determinations about whether legalization increases the number of impaired drivers, but for the time being it appears there is no relationship between the two.

Alcohol use is an especially important factor to consider when evaluating accident fatalities in medical marijuana states. A study in the Journal of Law and Economics looked at traffic fatalities from 1990 to 2010. During this time period, 14 states and Washington D.C. enacted medical marijuana legalization (MML). The authors found that traffic fatalities fell by between 8% and 11% in the first year after the passage of MML laws and continued to fall for a further three years. Interestingly, despite most medical marijuana users being 40 or older, the reduction in fatal accidents is largest among those aged 20–39. Moreover, the reduction in fatalities is almost entirely attributable to a reduction in the number of accidents involving individuals with high blood alcohol content. The authors suggest that the most likely explanation is that medical marijuana is serving as an alcohol substitute.

Consuming marijuana in one’s own home, even if alcohol is also being consumed, dramatically reduces the likelihood of driving while impaired.

A study published by the National Bureau of Economic Research (NBER) replicated parts of the above study using a slightly different methodology and time period (1990–2009). It came to similar conclusions, finding that alcohol-related traffic fatalities dropped in states that had introduced MML, especially among those aged under 21. But curiously they found that the presence of marijuana dispensaries in states with MML seemed to negate this effect. The authors suggest that this might be due to the more recreational use of marijuana in states with dispensaries.

A final study, published in the American Journal of Public Health, explored the same relationships as the NBER paper but using a longer time period (1985–2014), during which more states had enacted medical marijuana laws. This study also added the condition that dispensaries were operational. Again, the authors found that states with MML laws had lower traffic fatality rates. On average, traffic fatalities decreased by 10.8% following the enactment of MML. However, the effect varied considerably from state to state: seven states experienced fatality decreases while in two states (Rhode Island and Connecticut) MML laws were associated with an increase in fatalities. Meanwhile, contrary to the findings of the previous NBER study, the presence of operational dispensaries was associated with a decrease in accident fatalities.

Numerous studies demonstrate conflicting evidence on the relationship between cannabis legalization and auto accidents, though many are riddled with data and methodological issues.

An analysis from 1990–2010 found that auto accidents related to marijuana have steadily increased following both medical and recreational legalization but had no control variables. A study conducted by NHTSA in Virginia Beach found that THC was the drug most frequently detected in the oral fluid or blood of drivers. THC was found in 7.6% of drivers involved in a crash but only 6.1% of control drivers, implying a 25% increase in crash likelihood for those with THC in their blood. When demographic factors are taken into consideration, however, the presence of THC had no statistically significant effect on crash likelihood.

Similarly, a study looking at car crashes in Auckland, New Zealand where at least one occupant was hospitalized or killed found that acute marijuana use was significantly associated with crash injury after controlling for some factors such as age, gender, and time of day with an odds ratio of 3.9. However, after also controlling for risky behavior such as seat-belt use, sleepiness score, and speed, the effect of marijuana intake on car crash likelihood was no longer statistically significant. However, the effect re-appeared for habitual users who used marijuana acutely before driving. One study found that “marijuana-related” traffic deaths increased 66% in Colorado when comparing the average of post-legalization 2013–2016 to pre-legalization 2009–2012.

However, looking at total “marijuana related” deaths without accounting for other factors highly distorts the true impact of legalization. Moreover, these studies equated marijuana presence with not only impairment but causality, regardless of whether alcohol was present.

The AHF intends to host a public panel discussion/civil debate with invited guests of interest, the president of the Barbados Road Safety Association (BRSA) Sharmane Roland-Bowen and a few of people who are against the use of marijuana for recreational purposes. It is hoped that when the time comes the invitation to this forum will be accepted by the above mentioned people. A public discussion that is recorded for future broadcast is a great educational tool in the united goal of both organizations to provide more cannabis education to the people of Barbados.

You can read the entire study here …. https://reason.org/wp-content/uploads/2018/08/evaluating-research-marijuana-legalization-traffic-accidents.pdf

The AHF asks you kindly to take a few more minutes of your time and complete it survey located at the link below. Thank You!