Being a concerned cannabis citizen of Barbados, I attended the afternoon portion on day one, of the 2nd Annual Barbados Medical Cannabis Conference to hear a bit more about the impending Medicinal Cannabis Industry. 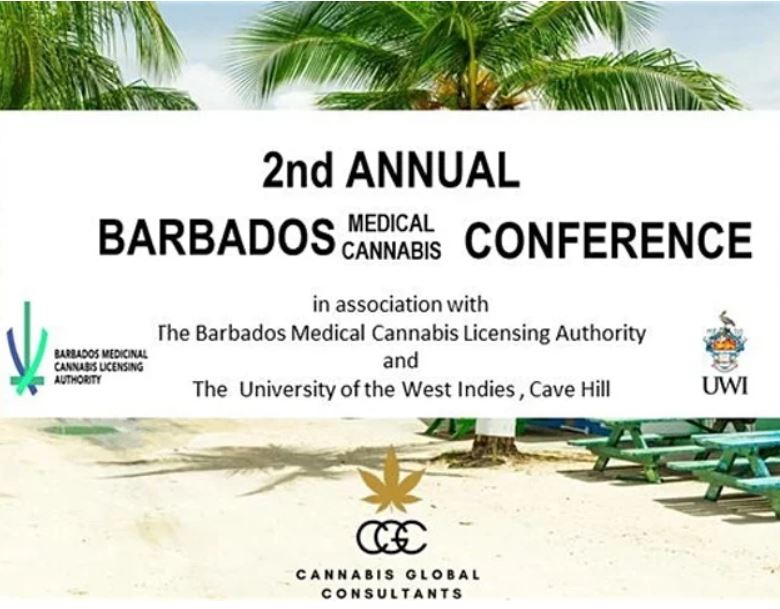 For me the most informative presentation was given by a Trinidadian brother who spoke of the international regulations that govern the sale of cannabis intended for export, for medicinal purposes. He noted that the ” medical cannabis” had to be 100% organically grown. The production of Sugar Cane for the industry has saturated the soil of Barbados with many harmful chemicals he said, making much of it unfit for the cultivation of “medical cannabis’. 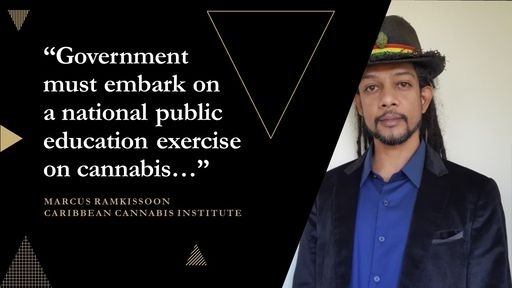 It was also interesting to hear that St. Vincent and Jamaica at present were only able to export cannabis for research purposes and not for actual use in the “medical cannabis” industry. According to the above mentioned brother, territories who have allowed personal cultivation for its citizens, cannot export cannabis for process into medical products. I am thinking this stipulation has to do with cross fertilization, and the fact that cannabis female plants are highly receptive to pollen blown in the wind from male plants in the area. I am also now thinking that it seems more than likely that the Barbados Medical Cannabis Industry will have to be restricted to indoor grow. It is clear that the driving force of Barbados’ involvement in the Medical Cannabis Industry is founded on the possible economic advantages to be had. To cash in on this stream of revenue, Barbados, like others will have to conform to the international regulations set for that industry. This being the case recreational cannabis use cannot be allowed and cultivation for sacramental use must be confined. The indigenous medical use of the cannabis plant by all, is not even a consideration in the minds of those who are setting about to work their medical cannabis extortion on the people of Barbados.

It was noted by the CEO of the Barbados Medical Cannabis Authority that much had to be considered, as the regulations regarding the formulation and sale of licenses for participation in the industry was concerned. This she said was the reason why not much was being heard from the controllers of “medical cannabis”. In the spirit of inclusion it would be good if the people of Barbados were allowed to weigh in on these regulations. In a time of high tension as far as corruption in the political arena is concerned, the government should be making the development of the Barbados medicinal cannabis industry more transparent. My final point of observation was that international cannabis industry specialist, are getting the sense that the development of the medical cannabis industry in Barbados is being handled in a progressive manner. This was stated by the hostess and several panelist during my brief visit to this conference. Many on the ground will beg to differ.

The reality, as it pertains to the inclusion of all concerned groupings in the development of a ‘medical cannabis’ industry in Barbados. is not very progressive. It is factual that everyone is invited to have a voice at the various cannabis forums that have been held over the past year, however, the majority of voices speaking on behalf of the marginalized people are being ignored.  Take a look at the Rastafari community. For all of its participation in the various cannabis forums mentioned above, what have they achieved? They have been given no stake in this “medical cannabis” industry, no freedom to cultivate and use for their own personal purposes, a law that unjustly governs the use and cultivation of cannabis for their sacrament, while making their Human Rights something that they have to apply for. 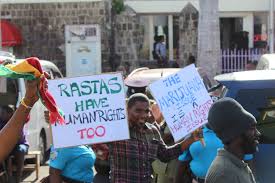 So while the media covers the invitations and the contributions made by various concerned groupings on the island, it is not as forthcoming in highlighting how the voices of these people are being ignored.

I was asked by a doctor attending the conference what I would have done differently in roiling out a medical cannabis industry in Barbados. I said I would have started with a comprehensive national educational program. This program would utilize all concerned groupings. I went on to say I was of the opinion that the fist cannabis farm in Barbados should be state owned, meaning owned by the people of Barbados.  It was at that point our conversation was  interrupted and cut short. I am told advertisements are still being shown on the television that locate cannabis as a dangerous drug.

If it were up to me I would establish community cannabis councils. These councils would be tasked with managing community involvement in the national medical cannabis industry. They would be points of information for community members as it pertained to the development of the industry.

I would involve “legacy farmers”, those who presently, and have in the past  cultivated cannabis for their personal and community development, in the development of national strains. These councils would be responsible for getting community cultivated cannabis tested, so that farmers know exactly what they are working with, and what their strain is best suited for in relation to health etc.

I would have started everything with an indefinite amnesty on the arrest of persons for the cultivation and possession of small amounts of cannabis.

Any cannabis reform must start with the people. In particular it must start by making provisions for reparations for those communities most disadvantaged by the unjust laws that presently govern the cannabis plant.

As our human rights are being slighted to facilitate big business, the people of Barbados must act for justice. We can now longer just speak up, we have to act up. Let us demand answers from the government and just inclusion in all cannabis reform.

30% of foreign investment is but a smoke screen. Do not forget that a person with enough money can, in a sense purchase Barbadian citizenship. Why then would a multi million dollar company give up 30% of its shares, when the owners can just apply for citizenship?