As the youth from the St. Michael School continue to work on their mural, they are being exposed to some African history.

The mural started by some St. Michael School friends will incorporate African gods, animals, landscapes, tribal and modern Africa in an explosion of paint.

Yesterday evening the young artists took to painting their mountain scene. As I watched it being developed an idea hit me. I told them it would be interesting if they depicted an actual mountain from Africa. I then asked if they had ever heard of Mount Kilimanjaro, to which the answer was no. One of the artist quickly did a google search of the famous African mountain and changed  what you seen being painted here to a deception of Mount Kilimanjaro.

A little history on this famous mountain.

Covered in mist, full of legends and mystery, Mount Kilimanjaro (otherwise known as the roof of Africa) attracts the interest of people from all corners of the world.

Shrouded in gray, dark clouds and covered in mist most of the day, Mount Kilimanjaro with a height of 5,895 meters is located some 330 kilometers south of the Equator, giving an awesome and magnificent inspiration hundreds of miles away.

Kilimanjaro is one of the leading single and freestanding mountains in the world, and it composed of three independent peaks of Kibo, Mawenzi and Shira. The entire mountain area is 4,000 kilometers of the earth surface. 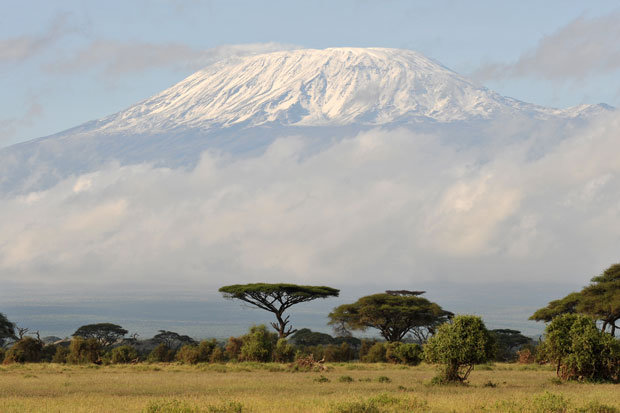 Formed some 750,000 years through volcanic eruptions, Mount Kilimanjaro took several geological changes for 250,000 years, and the present features were formed during the past 500,000 years after a number of upheavals and tremors took place to cause formation of 250 volcanic hills and crater lakes including the magnificent Lake Chala down its slopes.

While Mount Kilimanjaro is Africa’s jewel today, earlier occupants of its slopes took this glorious and glamorous mountain to  be a place not to go in fear of reprisal from God because it was his almighty seat. Locals today see the dwindling snow as a punishment from God because too many humans attempt to climb it everyday. Tourist deaths on the mountain are as well, connected to wrath from God.

Uncounted stories, thousands of myths and legends are told about Mount Kilimanjaro. Locals on the slopes, the Chagga people, are telling us of pygmies said to be no larger than human children, and who dwelt on the mountain’s caves and ravines. These ravines, which have never been explored by tourists, are said to have been inhabited by mountain pygmies who survived by hunting and gathering. 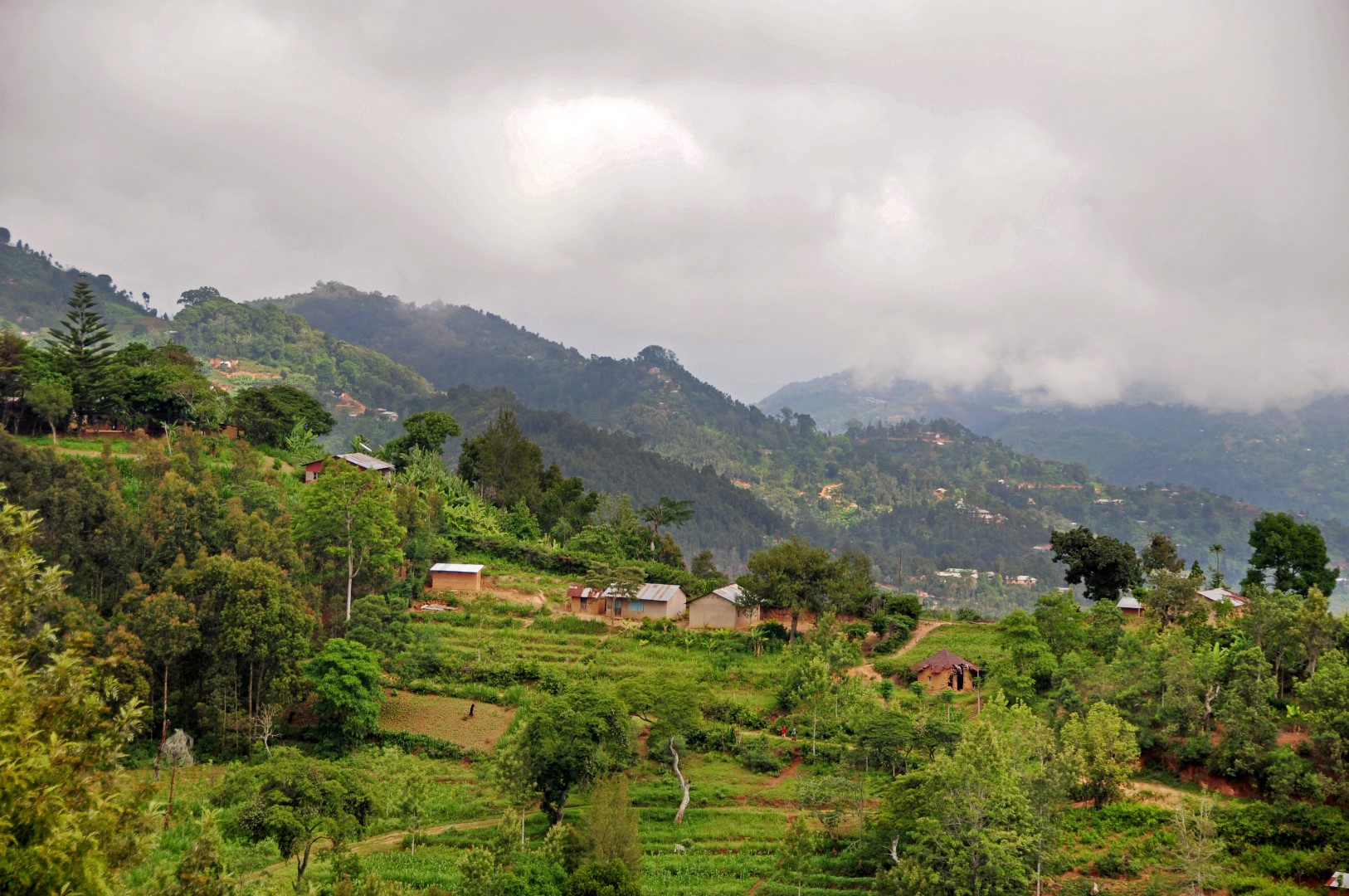 Stories on Mount Kilimanjaro tell of mountain gorillas once lived inside the dense, rainforest surrounding its slopes many years ago. Tales from locals, though no scientific data yet available to ascertain this, have occupied the minds of tourists climbing the mountain today.

Adding to the mystery of this highest mountain, there, probably dozens of names to mention it, as it remains a puzzle today. 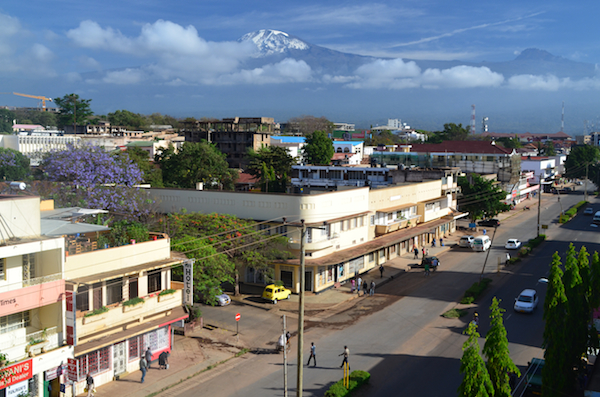 For the local Chaggas, the name Kilimanjaro does not belong with their history or legend, it does not mean much although it’s the most famous name to foreign visitors or others from far away. They don’t have a collective name for this majestic mountain, they have two separate names. They call the highest peak “Kipoo” or Kibo and the shortest peak “Kimawense” or Mawenzi.

The Maasai people on the very lower slopes never gave a name to this awe-inspiring mountain but the Wakamba people on the Kenyan side named it “Kilima Jeu” and “Kayolaa.”

Germans named the mountain “Kilimandscharos,” though nobody knows where the Germans got the name. Some argue that it could have been a contraption from wrong pronouncement from the Chagga’s expression “Kilemeiroiya,” meaning not easy to climb on.

It is also believed that the present name of the mountain was derived from the Swahili people from Mombasa and other coastal towns who called it “Kilima Njaro,” or mountain of caravans, because they used the mountain as the symbol to determine directions form far away, as their compass.

Some historians also feel that outsiders may have changed the Chagga word to “Kilema kyaro,” which means “difficult journey to Kilimanjaro.” Another theory is that the travelers to the mountain may have asked the Maasai living on the plains what they called the mountain, and the Maasai may have answered that it was the source of water using the word “Ngare” that then evolved to “Njare” or “Njaro.”

Other writers have since suggested that the name means “Shining Mountain,” “White Mountain” or “Mountain of Water.”

Kilimanjaro, unlike other known mountains in the world, has its present name remaining a puzzle to this date.

Although mentioned in African legends, the earliest written records of the mountain date back to the second century when a Greek geographer Ptolemy from Alexandria in Egypt wrote about the land beyond “Opone” and the great snow mountain in Rhapta. Opone, according to Ptolemy, is the coastal part of Somalia and northern coast of Kenya, and Rhapta is the big landmass or the great East African massif where Mount Kilimanjaro is part of this, huge landmass.

Mount Kilimanjaro had been thought to be the source of River Nile and a Mountain of mystery – the mystery being a snow capped Mountain in Africa. Africa was thought to be a continent of savages, thus stories about the continent were often down played.

In 1846, Dr. Ludwig Krapf and Johann Rebmann landed at the coast of Kenya and set up a missionary at Rabai, close to the town of Mombasa. In 1849, both Krapf and Rebmann confirmed their sightings of the great Mountain. Rebmann saw the mountain from his camp at Taveta in Kenya. 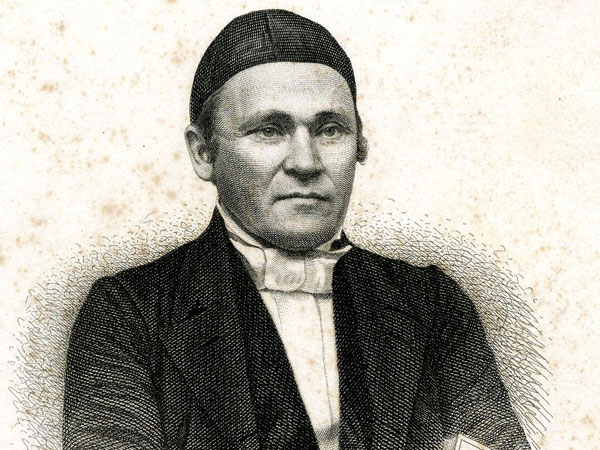 Reports about the mountain were received by the Royal Geographical Society, which prompted a great debate about the accuracy, about the height and possibility of snowcapped mountains in Africa.

In 1861, Richard Thornton attempted the first climb. The Mountain was new to him and had a difficult time penetrating through the second zone. Also the weather was too bad and forced him down. In 1862, Otto Kersten and Baron Von der Decken attempted the climb. They climbed over 15,000 feet but were forced down because of bad weather.

On October 5, 1889 that German Geologist succeeded to reach the Kibo peak, the highest point on the African continent. He named this loftiest spot in Africa Kaiser Wilhelm’s Peak.

Retired Tanzanian army, General Mirisho Sarakikya is the known Tanzanian to have climbed the mountain 38 times in his annual pilgrimage to the rooftop of Africa. The General saw this majestic mountain as the only natural laboratory and a therapy for unknown diseases. “If you manage to reach its peak, then, be assured of your body fitness, you are physically fit. When you have a health problem, the climbing exercise will detect it and you will not reach the top point”, the General said. Money raised from this activity helps to fund various AHF projects. You can click this link to see what the AHF has been and is presently doing  http://www.afrikanheritage.com/category/projects/

You can also make a donation to the AHF through this website. Just click the donate button.