” All I want to say is that they don’t really care about us”. That was one of the mantras being chanted by the nurses of Barbados as they marched in protest of being poorly treated by this government.

Like a lot of Barbados today, I personally have many grouses with this government and its treatment of Barbadians across the board. Many of my articles speak to why the Rastafari community should not support the re-election campaign of this government, so I will not touch that matter in this article. This article is being written in support of the marching nurses, and the “unfaired”, in Barbados.

I was unable to attend the march. but I am fully in support of the nurses, who after being some of the first on the frontline to address the COVID-19 situation, are now being treated in a manner unbecoming of any government that truly cares. It would seem that the slogan used by the government in the last election, “Mia Cares”, is the same slogan that will be used as a yardstick to judge her and her party in the court of the people’s opinion. 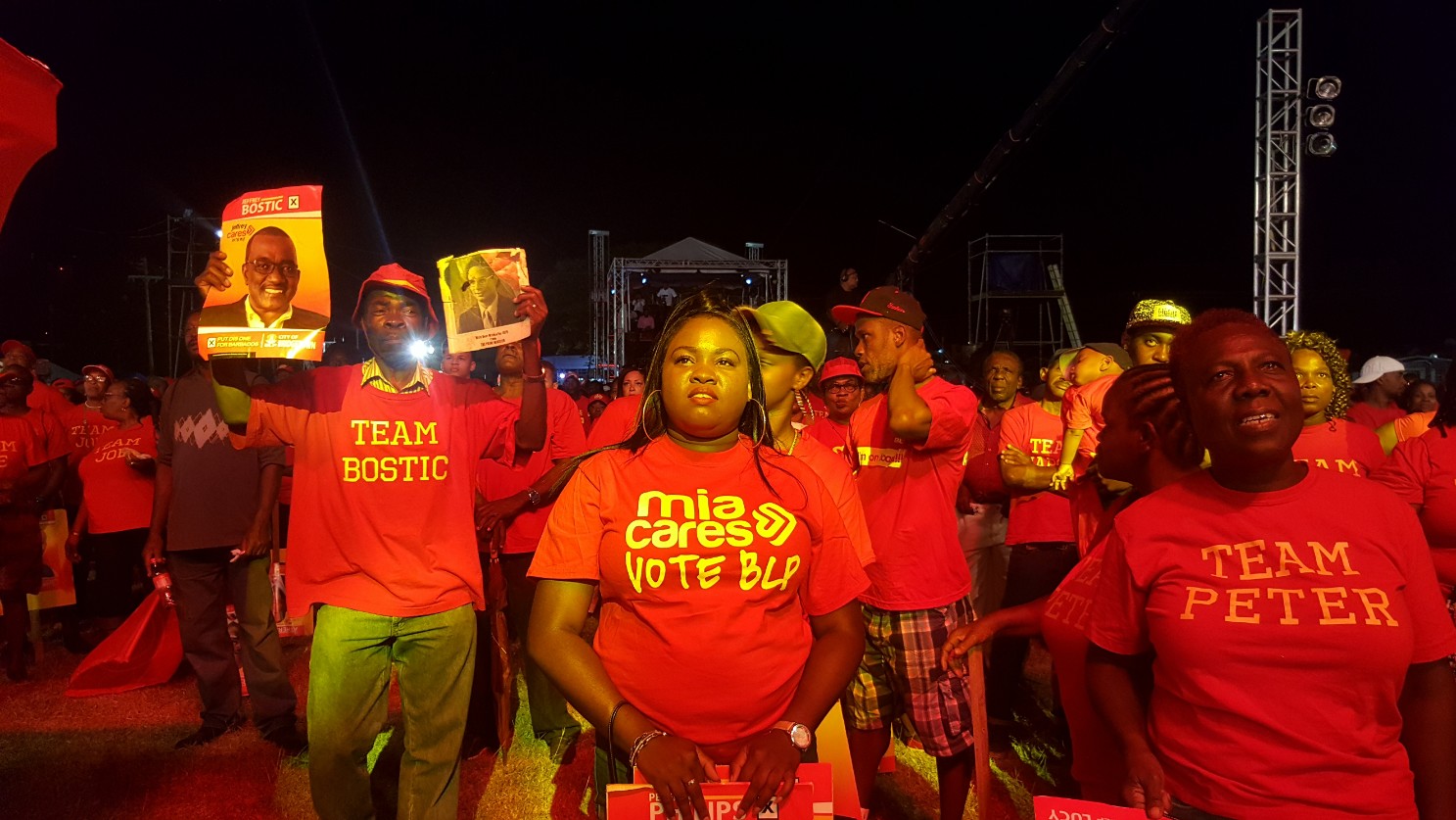 Many Barbadians are waking up to the reality that in actuality Mia does not care about anything or anyone beyond her personal political ambitions. I have had conversations with a Minister in her government who prior to the calling of the elections was fed up and disgusted with his party’s handling of several affairs including those of Rastafari. This is a person who when convenient was thrown under the bus the by Prime Minister, whispered a little about internal corruption in the party, was given a hush position, and now is on the road running again for his party, who he knows fails the people in many ways.

“Of Good Character” are three words we honestly cannot ascribe to this present administration., but three words that can are, “Lack Of Integrity”.  Integrity is  the quality of being honest and having strong moral principles; moral uprightness if you will. Picture this, you are responsible for hosting a very important race in which you will partake. You start the race when you have a head start. Due to your delayed announcement of the race, it has put the other runners at a disadvantage. If this were the case we would be quick to say that was unfair, even if it was within the rules of the race to do so. Being legal does not make something right or even ethical. This is what Mia and her Mottley crew have done as it pertains to the blitz attack, calling of this election. We can clearly see a lack of character and integrity within this move by the government. Added to this, the calling of this election was sinisterly done at a time when COVID positive cases were sure to be on the drastic rise. After the Old Year’s Night celebration as expected there was a notable increase in COVID 19 cases, and the government took that opportunity to announce COVID 19 positive people will be denied their right to vote. Just another right that this government is taking away from the people without a second thought. Is this the type of government Barbados wants? Is this the type of politics Barbados wants?

As I drive about Barbados now, all I can see are the government’s posters all over the place. If I were a visitor to the island I would think only one party was in this election. This will go down in the history of Barbados as the most unfair election of all time. Is all fair in love and war? Can Barbados afford to give a government that does not care about the will of the people a second term in office? Can Barbados afford to give a Prime Minister who has no qualms about letting Barbados know how stupid its masses are when they question a national medical procedure that is cunningly being imposed on them? Can Rastafari in Barbados afford to support a government that has without a second thought, denied them their freedom from cannabis persecution, and therein an opportunity to truly develop and empower themselves? Can parents support a government that had little to say about the call to pit children against parents as it pertains to the experimental COVID 19 vaccine? Can Christians support a government who has turned its back on God? God in this case being the foundation for love, justice and moral direction. Can Barbados afford a government who cannot get anti corruption/integrity legislation passed but can advance a number of other bills and superficial initiatives? Can Barbados support a woman who when seeking election, used her “support” for a grieving mother and child who lost their son and brother in an accident, that was caused by a man who refused to obey the law of the land; but was quick to abandon that mother and child when elected as she set out to do business with that same man? Note: That relates to the matter of the Rastafari woman vs Mark Maloney and the illegal construction of a structure on the ABC Highway at Coverly, that has now reached the High Court, where only the mother is charged for the accident and the loss of her son’s life. Bob Marley sang, “man to man is so unjust”, here we have “woman to woman”, is so unjust. In all fairness the Prime Minister cannot relate to the love of a mother for a child and thus cannot relate to such a loss. He who knows it feels it, more words from the legend. In short she cannot really care.

Barbados clearly needs an administration that truly represents the wishes of the majority of its citizens. It needs a government with some sort of political scruples. Barbados needs a government that respects the rights of its people. This is the perfect opportunity for Barbados to hold its representatives accountable, and to show successive governments what will be their fate should they disrespect and disobey the will of the masses.

Take away your vote and watch her. Time to tame the dragon.