Today is International Women’s Day (IWD). In many parts of the world this day is spent paying homage to the struggle of the early feminist movement with events of protests and celebration being held. Initially, fighting for universal adult suffrage, these pioneers sparked a movement of universal civil awareness. What I find ironic about the origin of the feminist movement and even something like the celebration of IWD, in the west, is that this flame was ignited in the Soviet Union’s Russia and carries very heavy overtones of communism and a socialist ideology. The west often frowns on communist ideology while supporting capitalism and all its drudgery. We have come a long way from the hundred year old understanding of the pioneers of the early feminist movement and we have now a neo-feminist ideology that I can not seem to wrap my head around. However, I shall touch back on this.

I know that the day will be spent extolling every and any influential woman we can find, remember or that filters through our news feed. We have seen the rise of several women to prominent positions in our society, namely the office of the Governor General, the Prime Minister’s office, the office of the Director for Public Prosecution and that of the head of one of the largest trade unions on the island, and though these are wonderful to acknowledge on this one day, we often forget the greatness of even the women society ignores.

The female is seldom acknowledged for her true value. Society recognizes her outward beauty, as seen on any and every product merchandised for sale, far more easily than her inner essence and beauty. Her works are often trivialized but are necessities to everyone around her existence. She often hears more whining than words of love and encouragement, much like Sade’s ‘King of Sorrow’ – she is drying everyone’s tears. Many times we have a weight on our shoulders comparable to that of the world but we press on, like Maya Angelou ‘And still I rise’! What is more valuable than rubies the proverb asks? Do we as women really know our worth?

Recently, a friend and I were talking about the divine feminine energy and she shared an Orisha pataki, which is the Yorùbá term for the sum total of all Yorùbá myths, songs, history and stories, on the origin of Ifa, which is a predominantly West African system of spirituality and divination. 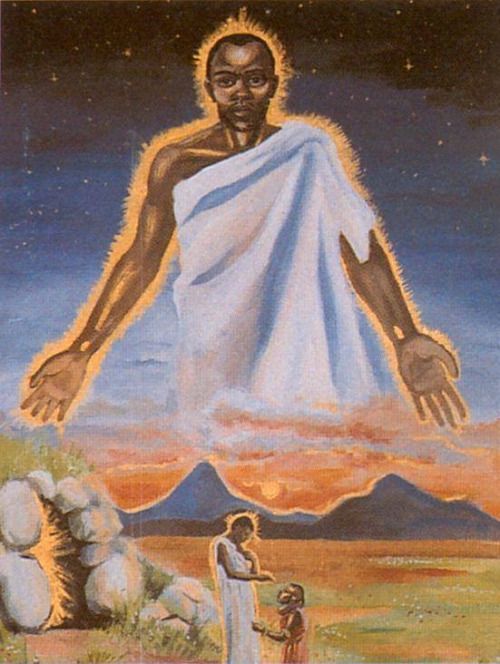 The pataki simplified states that the Sky Father Olodumare had sent several Orishas to earth to do works and bring forth life. However, the male Orishas insulted Oshun, the mother of sweet waters, love, beauty and pleasure, saying that she wasn’t needed. As such, Oshun retreated; withdrew herself and her essence. As we know water is essential for the growth of any living thing; thus, without sweet water, life cannot exist. The impasse was settled by Olodumare – the male Orishas were made to apologize to Oshun, she returned her sweet waters and life again flourished. This pataki I think carries a strong resemblance to what we see in the world around us. OSHUN SEEMS TO HAVE RETREATED. Where is the divine feminine energy? Our oceans are rising. The monsoons are drying up. Places are experiencing unprecedented levels cold weather. Snow caps are melting. Thousands of families have been put on the breadline. Our educational system is in disarray. Our children have no love for themselves beyond what they can see; that is, their physical attributes. Our children have no respect for themselves furthermore others. There is an err of hopelessness that only the poorer masses seem to feel and hear. There are no real tangible solutions to poverty alleviation. Crime continues to soar. Decadence hemorrhages out of the body that is society. 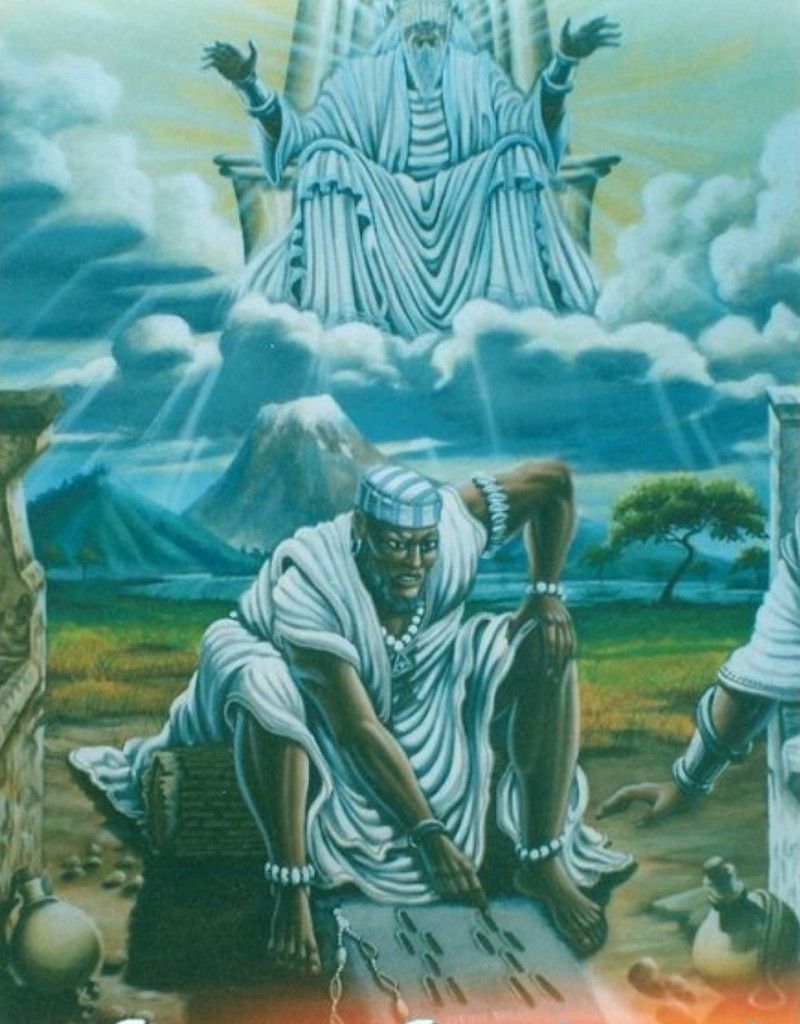 Louis Farrakhan says that a nation can rise NO HIGHER than its WOMEN. How high have our women risen, really? Let me be clear this is not a superficial high I speak of. The glass ceiling is a feminist construct and one I think needs critical analysis before we as black women jump onto it. The heights I speak of and what I think is being referred to in the statement are heights of respect for the divine feminine in self actualization which then permeates others through sheer energy. A rising that propels generational change through attitudes and behaviours – something as simple as values. 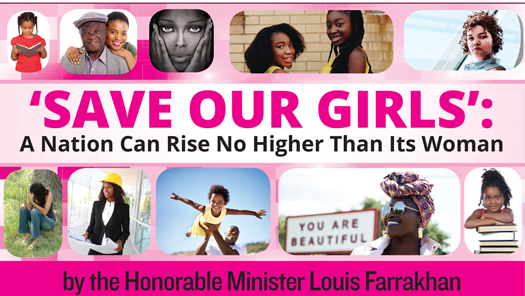 My daughter had an assignment on Women’s Rights recently and she asked me what I thought about the topic. Naturally, I asked her what she thought first. Our conversation touched on feminism, western ideologies, violence against women and a wide range of other topics from the welfare system to the socialization of genders. I am guided by my ancestors as I write this, the greatest and lowest of them all, I revere you!
Asè!

With that said, let me touch back on an earlier point made about neo-feminist movements. What we have now in terms of feminism is a well orchestrated feminist illusion constructed to appear to tackle big patriarchy. This is the same patriarchy upheld by feminist when it suits the situation and especially with regard to the annihilation of the African ideology of family. Marimba Ani states that ‘feminism cannot be African because it focuses solely on the experiences of one gender and not the collective experience of the family’. From my understanding of history the black female was used and weaponized, much like in slavery times, against the black man; thus, the African construct of the family broke down. Many of these ills continue to plague us: single parent households, generational welfare dependency, chronic poverty, moral decay fed by a feeling of hopelessness with no immediate amelioration for redress.

Though I don’t subscribe to this western neo-feminist ideology, I definitely support women’s rights advocacy that treats to things like violence against women, equal educational opportunities, reproductive freedoms and ending female genital mutilation. I support these things but I can not conform to the neo-feminist agenda. 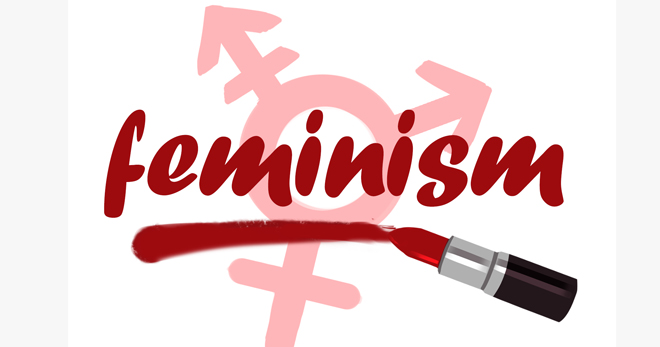 The world is now sheeted with eggshells. There is a level of political correctness that has become sickening and scary at the same time. Everything said, sung, reported, videoed or seen is scrutinized for all the wrong reasons I think. Quite recently, Farmer Nappy produced a song for 2019 carnival entitled ‘Hookin Meh’ and a well known feminist wrote a column in a local news paper chastising the video’s subliminal messages. She cited violence, the children’s involvement in the couple’s problems and the objectification of the female by the singer’s friend. Now, I watched the video and my interpretation was a man seriously ‘begging fah he woman’ not to leave him. Begging because she is special, likening her unto a trophy. Again, isn’t the female’s value not compared to something even greater than rubies? In which world would a child not beg for his father to stay if he’s privy to his father is being asked to leave? As for the implication of violence i didn’t see anything beyond a man enjoy his food and expressing himself using his hands while eating. I can’t totally knock her for her limited line of thought though because the female is constantly objectified in the media and in entertainment; furthermore, she does it to herself now and many times children are placed at the center of domestic disputes where they should never be.

To me this was a clear example of not choosing our battles wisely, there are a plethora of clear human rights violations against women, countless women being mistreated by corrupted systems, droves of lost young women searching for a more tangible solution to their existence. From my assessment Farmer Nappy meant no disrespect even indirectly.

In contrast, we will ball Happy IWD today March 8th and cruise tomorrow, big hailing a “Surf Rat” when he degrades the feminine via airplay, to the lowest degree. We will post all of the most fantastic women we can find today and then some will try to justify why society should not frown on teenage females scantily clad in boxie drop-outs, while some brandish their nipples in public. 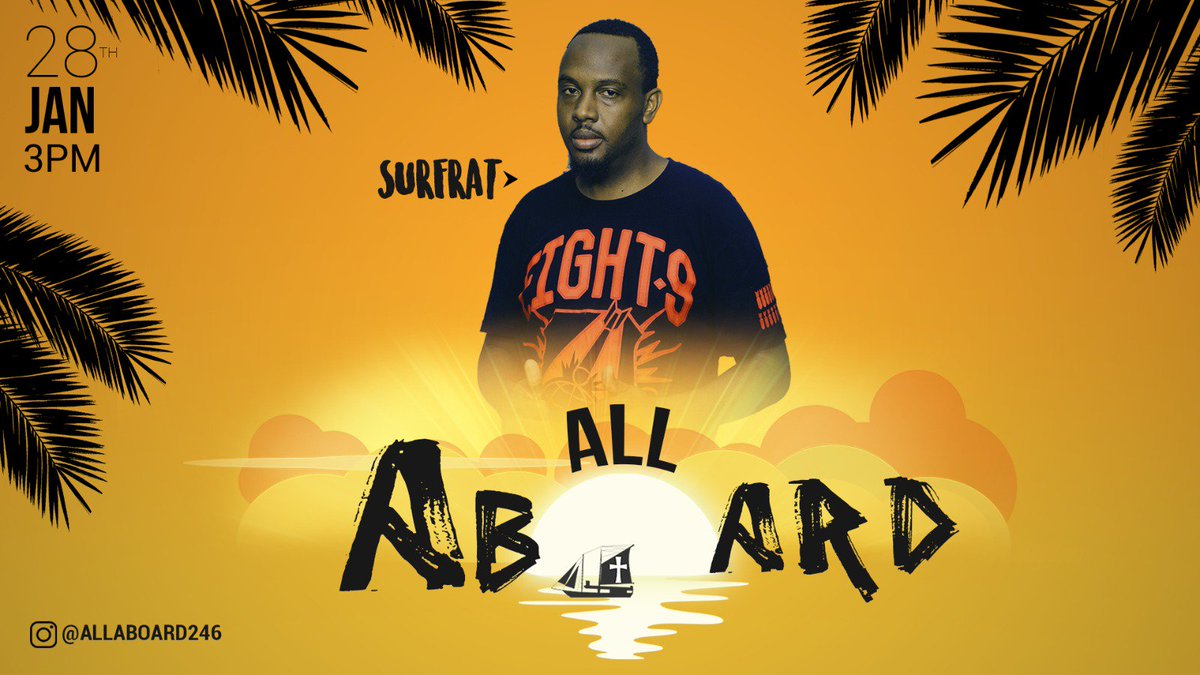 Has any of us ever seen the current Prime Minister’s nipples exposed in public? But we would all encourage our young women to emulate the current PM.

Most things are aesthetically pretty, sadly. The energy of the divine feminine has been relegated to just that (prettiness) and we women have also been perpetrators of this by omission and by condonation.

On this IWD let us remember and pay homage to the countless females who have not had their names written on history’s page. The countless women who are not in any high positions of authority publicly but who are the masters of their destiny and households. Let us remember those women struggling in one way or the next with life, financially, drug addiction, abuse whether physical, emotion or mental, self inflicted or otherwise – that they be guided from their heavy burden to recognizing the energy within themselves. 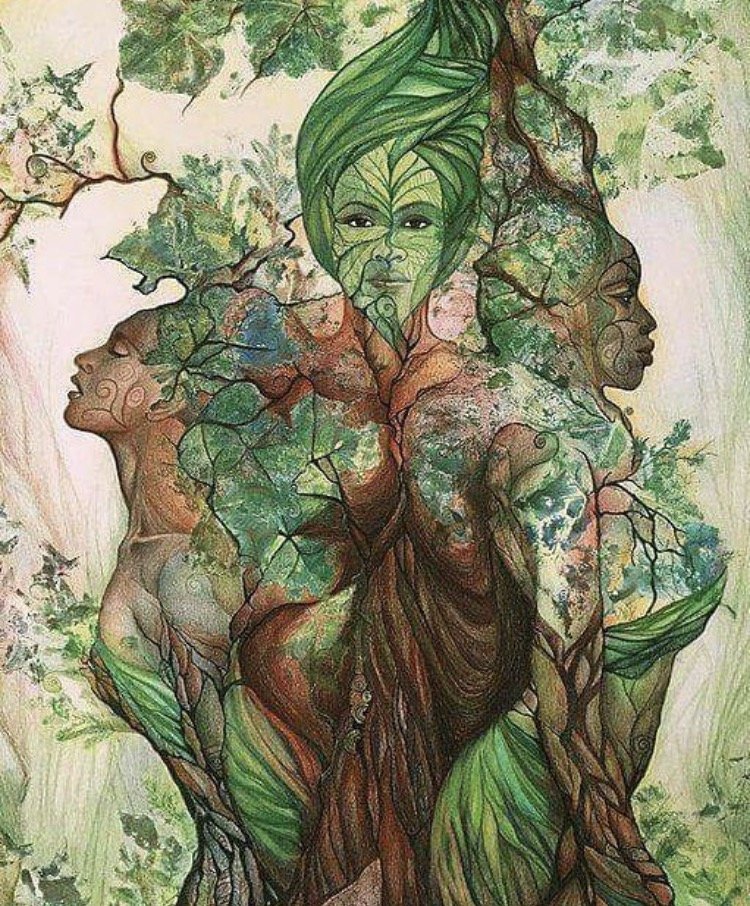 Feminism was never an African issue because we understood the value of our women’s role in community building. Let us remember we were Queens before we were enslaved as prisoners of war and taken to the west. Let us always remember to extol ourselves and each other daily. We can always seek evidence and guidance from the past to chart a new direction for ourselves. SANKOFA!