Did you know that Madagascar was the fourth largest island in the world? It is located off the southeastern coast of Africa.

It is located about 250 miles from the African continent. Even though the island is located so close to the African continent, and most depictions of the African map include Madagascar, its population is primarily related not to African peoples but rather to those of Indonesia, more than 3,000 miles to the east. The Malagasy peoples, moreover, do not consider themselves to be Africans. Madagascar was colonized by France, and as such a continuing bond with the French has led to the island developed political, economic, and cultural links with the French-speaking countries of western Africa. The animal life and vegetation of the island are equally anomalous, differing greatly from that of nearby Africa and being in many respects unique.

To date Madagascar has reported 128 confirmed cases of COVID 19 with 75 recovered and no deaths. The government has made it mandatory to wear face masks in public areas, and are sentencing those who break that law to sweeping the streets along with other forms of community service.

The new rule was announced on 20 April alongside the gradual lifting of lockdown measures in the three main cities.

The head of anti-coronavirus operations general Elak Olivier Andriakaja, said that most people on the street respected the rule. He concluded that they were scared of having to sweep pavements which they saw as shameful.

The general said sufficient public awareness was done on the situation and now sanctions had to be put in place to support the rule of law.

Around 500 people in Antananarivo and Fianarantsoa were penalized on Monday, said police deputy head Christian Rakotobe. In Antananarivo 25 people were sentenced on the spot and forced to sweep the capital’s dusty streets.

Added to this President Andry Rajoelina said herbal tea would allow Madagascar to succeed where all other countries had failed. He is so convinced in this remedy for COVID 19, he said school pupils in Madagascar faced expulsion if they refused to drink the herbal tea. 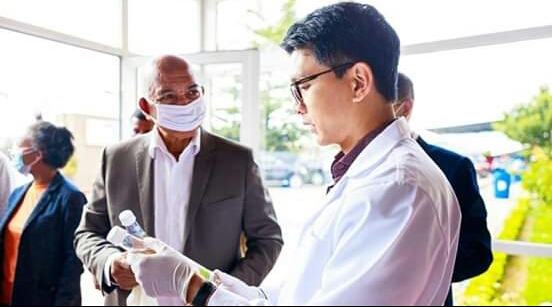 Andry Rajoelina launched “COVID-organics” amid great fanfare, particularly on the radio and television stations he owns.

Developed from plants found in abundance on the Indian Ocean island, COVID-organics had allowed Madagascar to succeed where all other countries had failed, he said. 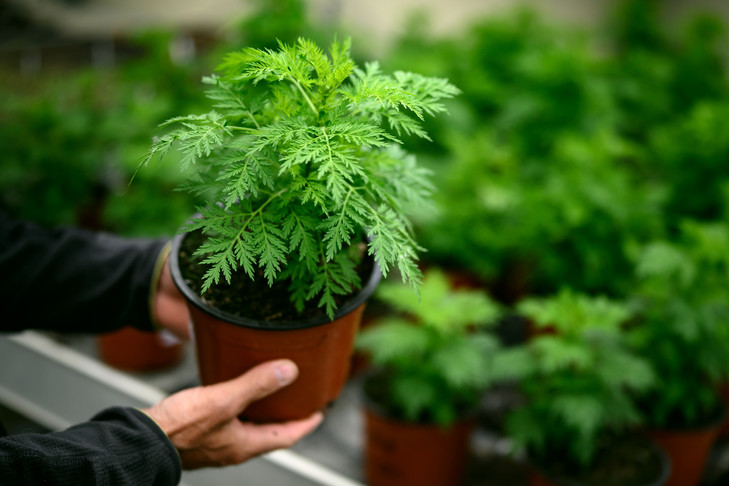 Not only would the product stop anyone who drank it from developing the virus, it would heal anyone who had caught it within seven days, the president told reporters. Two people had already been cured, he added.