The sub-title of this article is “An anatomy of an Enigmatic African Polity.”  This was deliberate.  The discussion so far has steered away from controversies around Ethiopian studies and the politics of knowledge. The discussion has also not touched on the political economy of Ethiopia and its democratization process.  It is now appropriate to embark on a cursory look at Ethiopia’s contested intellectual terrain in the backdrop of its long match to modernization and democratization.  Important to state at the outset that some of the contradictions hinted at in the previous sections such as complex and diverse ethnic identities, contested historiography, foreign relations, and religion, play a crucial role in the complicating the process of nation building and consolidation of democracy in Ethiopia.

From  a geopolitical point of view, there is a contestation on where Ethiopia lies—Eastern Africa or Horn of Africa? By the fact that Ethiopia is the headquarters of the African Union (AU), this gives it a strategic position within the African continent.  But there is some centrifugal force (real or imagined) that tends to pull Ethiopia to the Orient.  One obvious factor is religion. Both Orthodox Christianity and Islam are global faiths that enjoy a universal appeal and try to extend their influence globally.  Ethiopia is therefore tied to the Near Eastern and Middle Eastern religious loci.  No intellectual discourse can ignore this fact.  This is both an advantage and a challenge.  Intellectually, this makes Ethiopia like a moving target that defies easy conceptualization.

Just to site another example from regional integration discourse.  Ethiopia is part of IGAD, but Ethiopia is not part of the East African Community.  Two of the main countries of the East African Community Kenya and Uganda are very close to Ethiopia, with Kenya sharing a border with Ethiopia to the North.  If there was a road linking South Sudan to Ethiopia, Uganda would be a few hours from Ethiopia by road.  Has the epistemic gap generated a geopolitical barrier in the Horn of Africa? The fact that Ethiopia was not colonized during the scramble for the rest of Africa, does not cushion it from the negative impact of colonization chief among them being the balkanization of Africa into small unviable states.  Using a Pan-Africanist discourse, it is easy to notice that colonial architecture that curved Kenya, Somalia, Djibouti, South Sudan, Uganda and Sudan out of the Horn of Africa or East Africa, also affected Ethiopia directly.  The much talked about Ethiopian isolationism can be traced to this colonial project that created spheres of influence for Italy, Britain and France around Ethiopia, in a territory that would be one large geopolitical entity. 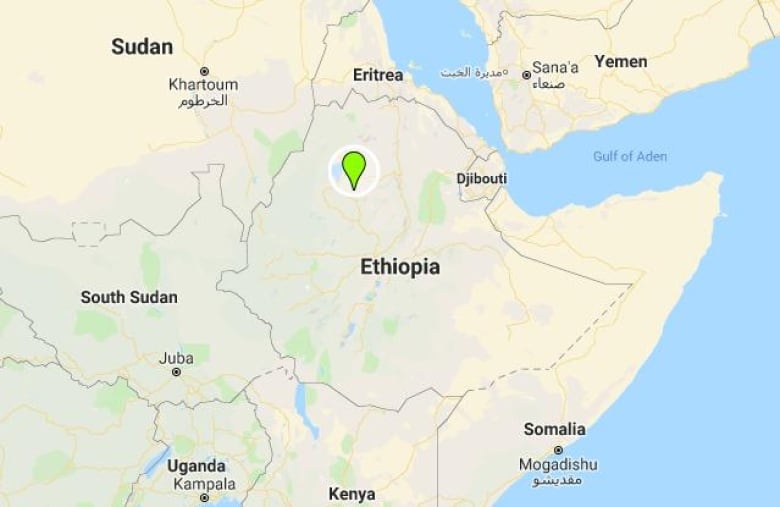 What about inside Ethiopia? Inside Ethiopia there are some intellectual currents of contestations along philosophical and ideological lines.  Ethiopia like other states in Africa, regardless of the influence of colonialism or lack of it, faces the challenge of state formation, national cohesion and democratic consolidation.  The other key challenge is the model of development to be followed.  All these issues are still haunting Ethiopia and the new Prime Minister Dr. Abiy Ahmed will have to figure out how to address them.

Ezekiel Gebissa and his colleagues, in a captivating title, Contested Terrain: The Oromo and Ethiopian Studies, have laid a foundation for radical discourse on identity politics in the context of Ethiopian studies that commenced in the 1950s. Truth be told, when Eritrea got independence from Ethiopia (some would say this is regrettable), there has been some real or imagined threat of disintegration under the banner of self-determination by other ethnonational groups. There is a question of dissenting scholarship amidst hegemonic and dominating discourse.  And with it comes a related issue of democratizing intellectual discourse.  There is much talk about widening democratic space in Ethiopia, but a precondition for political participation is free exchange of ideas and opinions, including dissent.  Free and democratic discourse should be able to candidly address issues such as: history, conquest, resistance, land question, political consciousness, nationalism, diaspora, human rights and national reconciliation.  Struggles for expression and participation as demonstrated by Ethiopian student movements, have been an essential ingredient in Ethiopia’s recurring revolutions. One can even coin an aphorism that “All history of hitherto existing societies, is a history of struggles for expression and participation.”  If you suppress expression and participation, you attract a revolution. 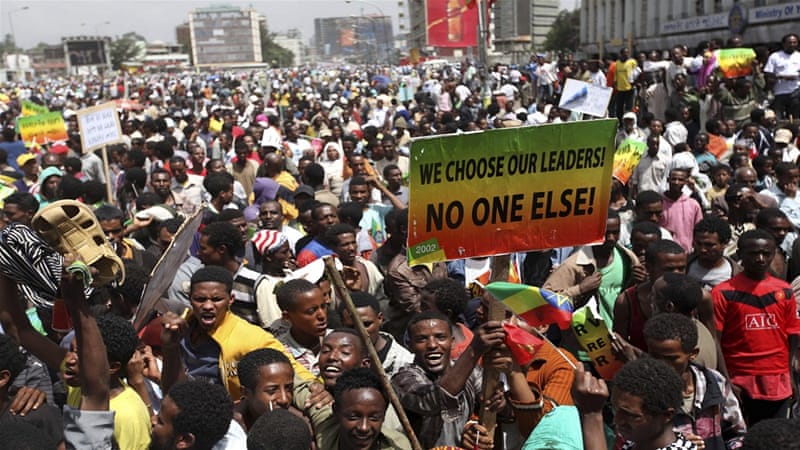 Right at the heart of the juridical framework that holds the Ethiopian state together, one can detect some inherent contradictions, that if not well handled can lead to serious political challenges that can threaten national cohesion.  For instance article 39 of Constitution of the Federal Democratic Republic of Ethiopia (FDRE) of December 1994 states: “Every Nation, Nationality and People in Ethiopia has an unconditional right to self-determination, including the right to secession.”  If such a provision is made in a country that has over 80 ethnic communities that are loosely brought together, while they have unique identities and histories, it can increase the appetite for secession, especially when economic benefits are not equitably distributed in the country.  The same article also provides for equal recognition of all languages, but kept Amharic as the working language of the Federal government.  What happened is that each state was left free to choose its working language.  Those who carefully observe the country have noticed that as other ethnic communities emphasize their own language, fluency in Amharic diminishes. This can easily undermine national cohesion and unity in the long run. 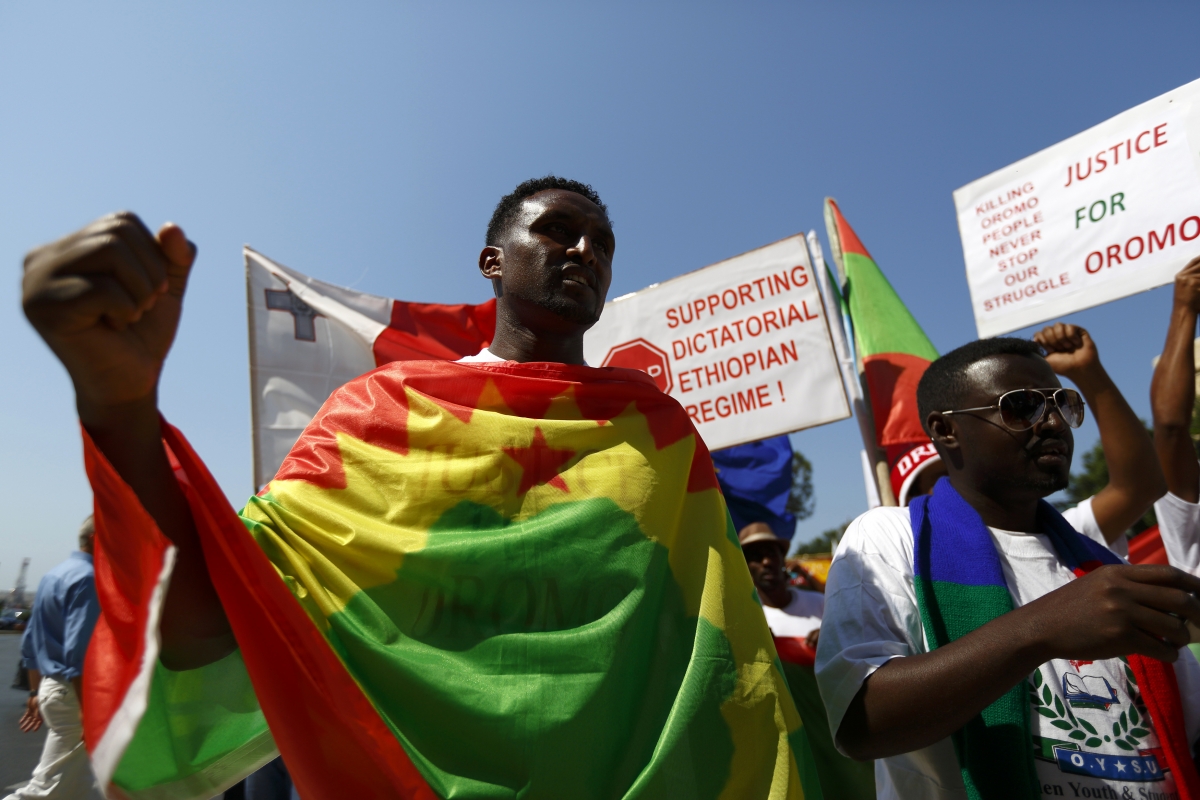 Still looking inside the enigmatic polity of Ethiopia, the national question has remained defiant.  Merera Gudina argues that the underlying issue undermining democracy in Ethiopia is an autocratic and authoritarian culture that can be traced to ancient monarchical style of rule, consolidated by the Derg Military regime, and further reinforced by ethnic federalism that was adopted by the 1994 constitution. Merera Gudina was rather prophetic in identifying ethnic rivalry and tensions engendered by an ill-conceived decentralization policy: “The ruling party’s decentralization drive carries in itself the tendency of heightening the competing ethnic nationalism which have further provoked intra- and inter-élite rivalry across the board.”

We may have to look to philosophy and political economy for some sort of working synthesis to make sense of the Ethiopian enigma.  One scholar who has tried to subject Ethiopia to a philosophical inquiry from a historical and political perspective is Professor Messay Kebede. It is quite interesting that Messay Kebede sites the conviction that Ethiopians have being the elect of God (theme of manifest destiny), and further suggests that Ethiopians consider ancient borders of Ethiopia to extend to “…Egypt in the north, Kenya and Uganda in the South, and Yemen across the Red Sea.” Two problems of Ethiopia that many scholars agree about are: “the weakness of political unity and the persistence of ethnic loyalties—by the geographical configuration.” In concluding his study, Messay Kebede calls for a modernization that entails celebrating ethnic and religious diversity, and that cherishes the values of mutual respect and tolerance of the other.

You can read part 1 of this article here ……. http://www.afrikanheritage.com/dr-abiy-ahmeds-ethiopia-anatomy-of-an-african-enigmatic-polity/

You can read part 2 of this article here …… http://www.afrikanheritage.com/only-god-who-understands-ethiopia/