Thus far, 139 people answered the question, ” Do you think cannabis should be legalized for recreational purposes in Barbados?”, in an ongoing online cannabis survey being conducted by the African Heritage Foundation (AHF). 70.5% or 98 peoples said yes, 15.1% or 21 people said they were unsure and 14.4% or 20 people said no. 137 people answered the question ” Have you ever attended any of the public forums on cannabis held in Barbados?”. 84.7% or 116 of those people said no.  These cannabis public forums are about the only space allotted to the public for comment on cannabis in Barbados. Seeing that the vast majority of Barbadians do not attend these public cannabis discussions and such, how then do they have their opinions heard? Please take the African Heritage Foundation’s cannabis survey. It is anonymous and the AHF cannot tell who takes it. This survey is an opportunity to have a cannabis say in cannabis Barbados. Findings from this survey will be shared publicly and with the Prime Minister’s office as the AHF seeks to have a comprehensive national cannabis educational program rolled out, and an interactive forum where PM Mottley could answer questions and take suggestions given by the public at large.

That being said the AHF continues with the publishing of the “Final Report – Report of the CARICOM Regional Commission on Marijuana”.

Cannabis/ marijuana has deep historical, cultural and religious significance to Caribbean peoples. It can be traced to several ethnic, religious and cultural traditions within Asia, Africa and the Middle East and from ancient times was known throughout history as a substance with healing properties. It was introduced during the post-emancipation period to the Caribbean countries of Guyana, Jamaica, and Trinidad and Tobago by East Indian indentured labourers.

The designation of cannabis/ marijuana as an unlawful substance and a dangerous drug is of relatively recent vintage. For most of our history, cannabis/ marijuana was a free substance, grown naturally and easily throughout the region. Indeed, many CARICOM citizens have memories of their grandparents and forefathers using cannabis/ marijuana in benign fashion, such as “bash tea”, before the advent of prohibition, or, at least, its strict enforcement.

In spite of its social significance, the cultivation and importation of marijuana was officially criminalized in 1913 under the Opium Law in Jamaica and subsequent legislation expanded the scope of prohibition. Criminalization elsewhere in the region came in the 1930s pursuant to the 1937 Dangerous Drug Ordinance in the UK. These were responses to international treaty formation which deemed cannabis/ marijuana a “dangerous drug” without value, despite the lack of scientific or medical data to support this classification, a status that has now been proven to be inaccurate. There is evidence that its acquisition of an illegal status was also due to attempts to stifle competition with alcohol, which had just emerged out of prohibition itself. Harsh, criminal penalties were imposed on cannabis in all its forms within a context of strict liability. This led to the demonization of the substance and the criminalization and imprisonment of many persons in the Caribbean, often for possessing small amounts of the substance and even when using for medicinal purposes. 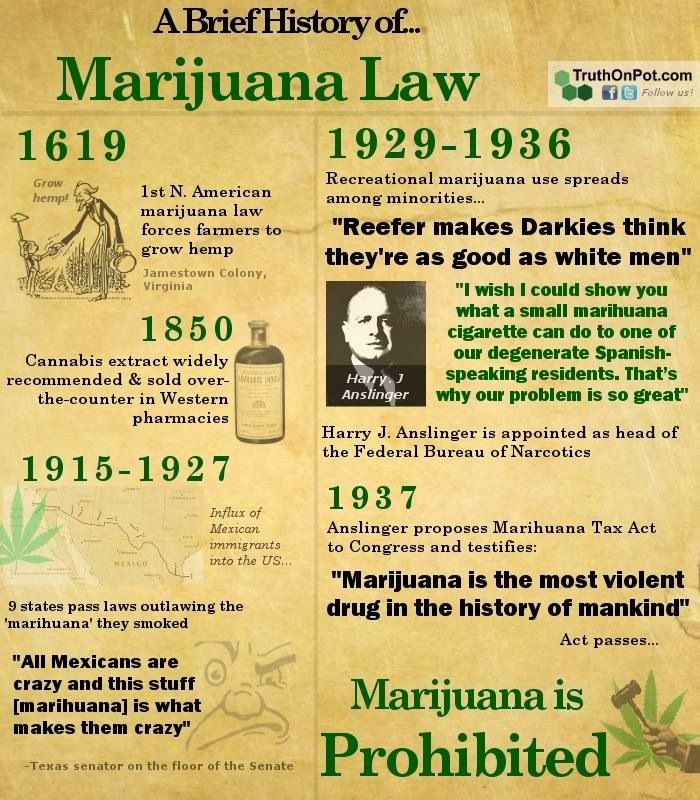 Remarkably, despite extensive controls and punitive measures, use of cannabis/ marijuana has persisted and taken root globally in many societies. Cannabis/ marijuana is also widely used in the Commonwealth Caribbean across all borders and strata, despite the draconian, prohibitionist legal regime that exists in every Member State. It is the most extensively used illicit drug in the world. The World Drug Report (2017) notes that an estimated 183 million people consume it.

The Commission considered the several multi-faceted aspects of the cannabis/ marijuana question. It analysed the social, religious, legal, scientific and medical issues associated with this subject, gleaning information from literature reviews and views from the public. The consequences of a legal regime that is grounded in prohibition and enveloped by criminal sanction, but unaccompanied by a solid evidential basis, are far and wide. They encompass questions of social justice, the efficacy of law enforcement, human rights
issues and the very legitimacy of the law itself.

After holding national Consultations receiving several submissions and a petition from the public, reviewing data from polls and surveys from several countries, it is clear that in the region, attitudes toward cannabis have changed in recent times. There is now overwhelming support for law reform moving away from the prohibition on cannabis and consequent criminalization. This holds true not only from the data, but the many prominent persons and groups that have lent their voice to this cause from all walks of life, including church leaders, magistrates, judges, social workers, educators, doctors, Chief Justices, DPPs, Members of Parliament and senior members of the Bar. For example, this Report illustrates that in Barbados, public opinion for those who want law reform grew to over 63%, in 2017, from below 30% three years previously, while in Grenada, it was 61 % in 2018 and 62% in Antigua and Barbuda in 2016. Similar statistics obtain
elsewhere in the region.

To be continued …… You can read part 1 of this series of articles at this link if you missed it yesterday ( http://www.afrikanheritage.com/take-the-advice-of-your-commissioned-advisers-pm-mottley/)