That percentage could very well continue to drop in the next few years as more research and awareness of the drug surfaces. Gradually, medical marijuana is getting less and less stigmatized as being a harmful substance. Research and studies in favor of cannabis continue to be released, showing marijuana in a different light…

A light that could actually give patients optimism about their lives and, even more important, their health.

Delegate Eileen Filler-Corn is chief co-patron of the Virginia bill on the Democratic side. She’s been working on the proposal for four years.

It [medical marijuana] is a huge, huge deal, especially for people with epilepsy, multiple sclerosis, Crohn’s disease, or cancer. Things happen very slowly in legislature, and this was an educational process.

It’s no surprise that it has taken this long for lawmakers, doctors, and others to understand the benefits of medical marijuana. We needed education on the drug. A lot of people were afraid to make that leap into research because of potential consequences.

That’s more than half of the country!

Even though the mayor of New York continues to enforce the prohibition of cannabis, he had this to say. ” As Mayor of the City of New York, it is my duty to foresee and take steps to prevent the development of hazards to the health, safety, and welfare of our citizens. When rumors were recently circulated concerning the smoking of marihuana by large segments of our population and even by school children, I sought advice from The New York Academy of Medicine, as is my custom when confronted with problems of medical import. On the Academy’s recommendation I appointed a special committee to make a thorough sociological and scientific investigation, and secured funds from three Foundations with which to finance these studies. 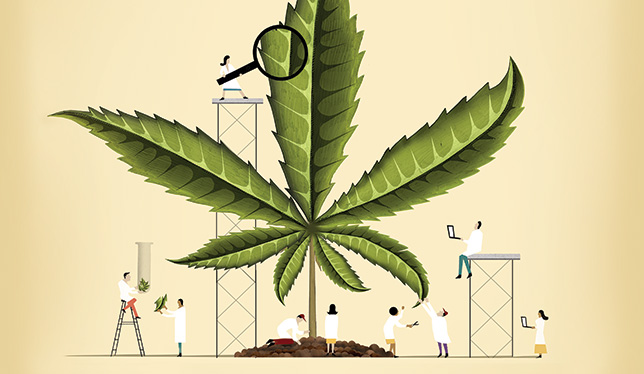 My own interest in marihuana goes back many years, to the time when I was a member of the House of Representatives and, in that capacity, heard of the use of marihuana by soldiers stationed in Panama. I was impressed at that time with the report of an Army Board of Inquiry which emphasized the relative harmlessness of the drug and the fact that it played a very little role, if any, in problems of delinquency and crime in the Canal Zone. The report of the present investigations covers every phase of the problem and is of practical
value not only to our own city but to communities throughout the country. It is a basic contribution to medicine and pharmacology.

I am glad that the sociological, psychological, and medical ills commonly attributed to marihuana have been found to be exaggerated insofar as the City of New York is concerned”.

You are asked to share this article with others so that they may participate in this activity.

If you are interested in joining or working with a civil society cannabis legalization advocacy collective, please send email to info@afrikanheritage.com you can also Whatsapp 268 7084. No calls please.