In light of the recent efforts by the Barbadian state to put limitations on Rastafari as it pertains of their spiritual/religious use of cannabis, the state must be reminded that in doing so, it is violating international law and incurring legal responsibility. The Rastafari nation falls within the international legal definition of “indigenous or tribal peoples”, as recognized in various international law documents and instruments, such as Convention 169 of the International Labor Organization and the UN Declaration on the Rights of Indigenous Peoples. 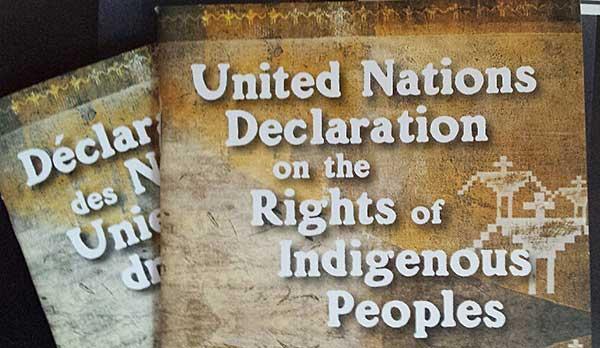 As made clear by the Inter-American Court of Human Rights in Saramaka vs. Surinam, African communities whose ancestors have been illegally deported from Africa, are beneficiaries of the law of protection confided to indigenous and tribal peoples. Their spiritual/religious observances, including plants they traditionally use in these respects, are protected by international law.

The judgement of the Inter-American Court for Human Rights, is especially relevant to Ras Simba’s legal battle in Barbados to have unjust limitations, that were imposed by the sate on Rastafari, as it pertains to the sacramental use of cannabis, removed. Rastafari, as the Saramaka, are descendants of illegally enslaved and deported Africans who fought to maintain their Africaness and sovereignty. This is the reasoning behind the Inter-American Court’s ruling, when it defined the Saramaka as a “displaced indigenous people”. The same is accurate for the Rastafari nation.

That Barbados may, or may not have not ratified the ILO Convention 169 is no detriment to this assessment, as neither is Suriname. In fact, the Court has made it clear that the protection that ILO 169 provides has become a standard of international customary law that even binds states that are not party to the ILO Convention. 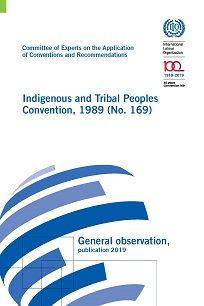 Since this ruling by the Inter-American Court of Human Rights, the United Nations have adopted the Declaration on the Rights of Indigenous Peoples. It is generally considered that the Convention recalls what are already standards of international customary law, thus not necessitating ratification by individual states. Art. 26 of the UN Declaration states that indigenous peoples, including displaced indigenous peoples, have a right to freely practice the traditional/customary religion that they use.

Art. 1 of the International Covenant on Civil and Political Rights, further confirms the right to self-determination. The placed limitations on Rastafari as previously stated clearly violates this statute.

Thus, by the applicable international legal standards, Barbados has an obligation to respect and protect the rights, especially religious rights, of Rastafari, as a displaced indigenous African people. The Barbadian government and state clearly committed a grave violation of international law in its non-respect of Rastafari traditional religious/spiritual rights.

Since the state does not desist from this, all venues to secure Rastafari rights, including the present constitutional motion against the Attorney General of Barbados, application to the Caribbean Court of Justice, bringing the matter to international attention and addressing the United Nations Human Rights Committee.

Rastafari along with many Barbadians will soon be faced with the mandatory taking of COVID-19 vaccines. At present, affidavit’s are permitted for exemption from the taking of vaccinations by persons who for personal reasons do not wish to do so. The question is, will these affidavit’s still be applicable for use against the impending COVID-19 vaccination. Will the state recognize our human rights not to be vaccinated if so desired, or will it once again try to take these rights away from us?

Today it is me, tomorrow it will be you.

What is the International Labour Organization Convention 169 (1989)?

The International Labour Organization (ILO) is an agency of the United Nations dedicated to improving working conditions of the citizens of its member states. In 1957, the ILO developed and ratified Indigenous and Tribal Populations Convention, 1957 (No. 107), an international instrument dedicated to improving the living conditions of Indigenous peoples worldwide. In 1989, ILO Convention 107 was revised and renamed Indigenous and Tribal Peoples Convention, 1989 (No. 169). Convention 169 recognizes Indigenous peoples’ right to self-determination within a nation-state, while setting standards for national governments regarding Indigenous peoples’ economic, socio-cultural and political rights, including the right to a land base. The convention is law within the nation-states that have ratified it.

Since the mid-twentieth century, world leaders have attempted to develop international legislation to protect Aboriginal rights. These instruments have not been without problems and controversies—many experts, for instance, now view the ILO conventions as yet another form of paternalism toward Indigenous peoples. However, these instruments remain important tools for achieving recognition and protection of Aboriginal rights, and paved the way for the adoption, in 2007, of the U.N. Declaration on the Rights of Indigenous Peoples.