Through focussing on the legality of cannabis, the UK’s Court of Appeal in the Quayle case failed to analyse any medical evidence and adopted what the political philosopher Buchanan  might term a parochialist view, in the sense that it implicitly rested on an unqualified acceptance of the moral–political status quo of cannabis prohibition.

The judges in Quayle argued that parliament and the elected government of the day were better placed to determine ‘social, medical and legislative policy’, because for the court to do so ‘would involve an evaluation of the medical and scientific evidence’, and ‘a greater understanding of the nature and progress of the tests of cannabis which have taken and are taking place’. But, as Buchanan observes, the correct application of human rights norms should involve drawing upon reliable, factual and relevant information to guard against parochialism and an arbitrarily restricted set of moral values.

Unfortunately, the Quayle, Oakland Cannabis Buyers’ Cooperative and Gonzales cases reflect a clear desire to maintain the prohibitive status quo. The Quayle judgment in particular failed to conform to even the most basic human rights adjudication process, which according to Alder involves embracing consequentialist as opposed to deontological reasoning, as the protection of rights typically hinges on assessing outcomes. For Alder, this process lends itself more easily to a cost-benefit analysis, rather than a more abstract consideration of the intrinsic value attached to an individual’s rights. Though this observation is intended to criticise the inherent artificiality when balancing two incommensurable values in human rights disputes, that is, a State’s interests against an individual’s, even this failed to emerge in Quayle.

There was in fact room in the case for a detailed discussion of the medicinal uses of cannabis. In Quayle, there were nine instances where the Court of Appeal referred to the expert evidence adduced from earlier judgments, which concerned the medical benefits of cannabis consumption, and there was one discussion of the risks involved. Furthermore, pharmaceutical interest in the therapeutic application of various cannabinoids was increasing around this time. GW Pharmaceuticals have now successfully licensed their ‘cannabinoid medicine’, Sativex, in 11 countries (including the UK), for the treatment of multiple sclerosis spasticity (GW Pharmaceuticals, 2014). This interest, combined with the substantial historical research literature (Aldrich, 1997; Russo, 2005, 2007) and more recent evidence on the medicinal usage of cannabis (Guzman, 2003; Leung, 2011), especially in the treatment of cancer (see ‘Canadians for Safe Access’, n.d. http://safeaccess.ca/research/), means that in view of Buchanan’s reasoning, such uses at least warranted a discussion.

What is more, several countries hold licences to prescribe Bedrocan (pharmaceutical grade medicinal cannabis) to treat a wider array of medical conditions (Bedrocan Canada, 2014; n.p.). The company first produced medicinal cannabis in the Netherlands through their Office of Medicinal Cannabis government-run programme. This Dutch model was unique as it dispensed a variety of cannabis strains to medicinal consumers through pharmacies, depending upon their health needs. This programme has a well-documented source of data, since consumers typically purchase their product through the same pharmacy as any other prescription medicine (Hazekamp & Heerdink, 2013). Indeed, the company has been hailed as promoting quality control, education, research and patient care, and it is perhaps for this reason that several other countries hold import licences (Hazekamp & Heerdink, 2013).

Most recently, Bedrocan has been licensed in Canada (Bedrocan Canada, 2014), which may help to begin to address the lack of strain variety in Health Canada’s centralised medicinal cannabis programme. The public health implications of providing a choice of cannabis strains are arguably substantial, since Di Forti and Murray (2014) and Curran (2014) have acknowledged the potential negative impact that higher tetrahydrocannabinol cannabis strains could have upon the mental health of some consumers. As Nutt, King, and Nichols (2013) argue, the UK Misuse of Drugs Regulations (2001) currently make it very difficult to conduct appropriate scientific research on different cannabis strains, as cannabis is listed in schedule 1 of the Regulations, meaning that it is subject to the tightest controls. They suggest that this is adversely and unnecessarily constraining the ability of clinical researchers to explore the considerable therapeutic potential of cannabis (see also Nutt, 2015).

The ever-increasing medicinal developments have also impacted upon individuals who embrace a more internalist conception of health. According to Hayry (2004), Tsakyrakis (2009) and Walsh (2010), an individual’s values and beliefs should form an intrinsic part of any judicial reasoning process. To interfere with a person’s health choices without any sound ethical reasoning invites a determinist response (Walsh, 2010) which thereby fails to adequately balance the interests of the State with those of the individual. If the judiciary in Quayle, Oakland Cannabis Buyers’ Cooperative or Gonzales accepted any internalist deliberations, then a bona fide balancing act may have been conducted, which explored the therapeutic benefits of empowering individuals to make their own health care choices. Coomber, Oliver, and Morris (2003), Jones (2006) and Waldstein (2010) all observe that self-care practices in relation to medicinal cannabis use are increasing. The organisation ‘Bud Buddies’, founded by an original Quayle defendant, Jeff Ditchfield, have illegally supplied medical cannabis to others for 15 years, and they have been heavily influenced by Guzman’s scientific research into the efficacy of cannabis oil for treating cancer. One of the ‘Bud Buddies’ patients featured in their ‘Project Storm’ film acutely summarises his position: ‘It’s better to be a living cannabis criminal, rather than a dead law-abiding citizen’ (n.d. http://projectstormthefilm.com).

This powerful testimonial supports Sen’s (2004) view that one should be wary of public health policies which only seek to protect plural, externalist conceptions of what is ‘good’ for us. In fact, one of the primary criticisms directed at Health Canada in the Hitzig case was their refusal to legalise cannabis compassion clubs or to create properly regulated distribution centres. Lucas (2008) observes that Canada’s compassion clubs and societies supply more medicinal cannabis, produce a more varied supply and participate in more medical research than the government’s programs, all at no cost to the taxpayer. In this sense, the claim in the Quayle judgment that whilst Article 8(1) could apply to those self-medicating with cannabis, it would definitely not extend to those involved in supply appears to be too narrow from a public health perspective. 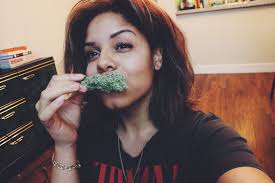 This unyielding judicial restriction in Quayle prevented the court from fully engaging with the situation of two of the appellants in the case, Taylor and Lee, who ran a holistic clinic which supplied cannabis to patients, many of whom were suffering from debilitating diseases or terminal illnesses. As Szasz famously observed in his polemic, Ceremonial Chemistry, ‘today in therapeutic societies, only the physician is allowed to dispense ‘dangerous drugs’. If anyone else does so, he is called a ‘pusher’, and is again condemned and punished regardless of the consequences of his efforts’ (Szasz, 2003, p. 66). Yet, through embracing a broader conception of health, as facilitated by a human rights lens, the judiciary could have feasibly recognised the preferential treatment afforded to the pharmaceutical industry and the dominant health care systems. If the UK government were to officially recognise this state of affairs, public health policies could develop which reflect the de facto social club and compassionate club models observed in the US and Canada (Lucas, 2008; Reiman, 2008). When researching medicinal cannabis facilities in California, Reiman (2008) observes that the holistic community-based models can offer more social, physical mental and emotional support than the traditional pharmacy model alone. According to Reiman, such facilities respond to the often multi-faceted health needs of medicinal cannabis consumers, for whom a commonality is illness, both chronic and terminal. Public health approaches therefore need to facilitate individuals adjusting to complex health factors. Reiman (2008) notes that the social support groups, counselling and the entertainment services offered in California, can alleviate depression and facilitate social integration, a significant outcome given the often compounding needs of chronically ill consumers. Arguments have started to be made as to how the UK’s growing Cannabis Social Clubs could develop their model therapeutically, and how both the Dutch pharmacy model and the social club model could be integrated to allow for a holistic, broader and a more interconnected approach to health (Bone, 2014). 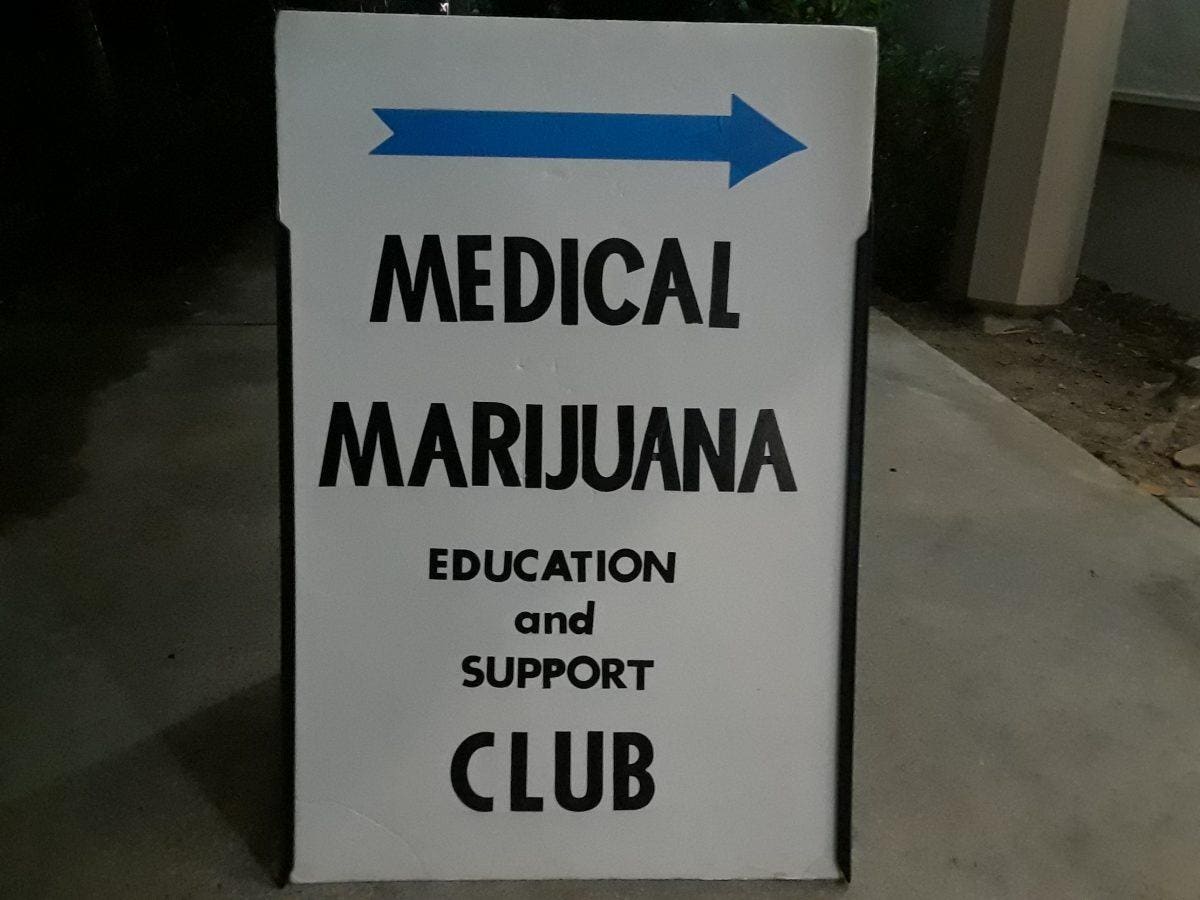 A final failure of the UK judiciary to embrace a broader conception of health is through their implied concern that the individuals in Quayle may have derived pleasure from their cannabis use, as opposed to it solely relieving them of pain (Quayle, para. 77). Rather than accepting pleasure as a valued and legitimate health outcome – in line with the WHO’s broad definition of health, encompassing the idea of ‘complete well-being’ – pleasure is often negated or frowned upon within the drug policy sphere (Holt & Treloar, 2008). In reality, pleasure is what motivates most, if not all, mammalian behaviour (Coveney & Bunton, 2003; Mackenzie, 2011). Thus, it is important to account for pleasure as well as harm in any judicial balancing exercise and to generally theorise a place for this notion, which various harm reduction and public health initiatives across the globe are beginning to do (Bunton & Coveney, 2011). The Chicago Recovery Alliance observes a notable increase in safer injecting practices when service users are informed that they will maximise their pleasure through injecting at a certain angle, as opposed to when the organisation solely informs them that injecting at a certain angle would limit their chances of damaging a vein (Scott, 2013). Winstock also explores the relationship between harm reduction and pleasure through generating ‘The Highway Code: A Guide to Safer More Enjoyable Drug Use’ from the ‘Global Drug Survey’, in order to maximise the benefits and to minimise the risks derived from psychoactive substances (Global Drug Survey, 2014). Race (2009, p. ix) observes that pleasure remains a contentious issue within the drug policy field since ‘taking drugs for pleasure would appear to transgress the moral logic of ‘restoring health’ that guarantees their pharmaceutical legitimacy’. Regardless, commentators are beginning to challenge the biomedical hegemony of psychoactive research, through embracing the idea of ‘entheogenic therapy’, ‘benefit maximisation’ and ‘pleasure’ more generally into our developing conceptions of health and well-being (Blainey, 2015; Mackenzie, 2011; Tupper, 2008). 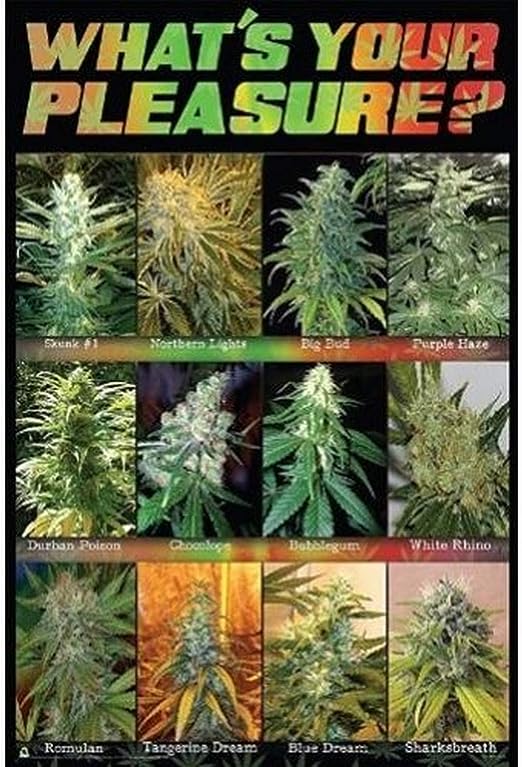 Tupper’s concept of benefit maximisation feeds into reshaping understandings of medicinal cannabis consumption. Both the social club and pharmacy regulatory models encourage vaporising cannabis as a pleasurable and safer delivery method, which positively builds upon global public health campaigns to recognise tobacco use as a health hazard (WHO, n.d). In California, female medicinal cannabis patients can now purchase ‘Foria’, a therapeutic cannabis oil ‘designed to enhance female pleasure’ (Foria, 2014 http://foriapleasure.com/pages/about-us). The Aphrodite Group, a collective of caregivers and patients, responsible for its development, states ‘that health and pleasure are naturally inseparable’. Additionally, Chapkis (2007) highlights that for patients coming to terms with a terminal illness, the high itself and the elevation of mood they can obtain from cannabis, particularly if they are in chronic or untreatable pain, can actually be therapeutic.

Cannabis Barbados asks that you consider seriously what you have just read, and locate it  within the context of Barbados, its emerging Medicinal Cannabis Industry and its Sacramental Cannabis Act. We must rise as an informed people against the tyranny of cannabis prohibition and its associated punishments.