In Garvey’s ethical understanding, God is the ground of all reality and thus the transcendent anchorage for his moral anthropology.

It is his contention, then, that humans are created in the image of God, that there is no inferior person or race, and that all humans are equal. Thus, he says, “That God we love, that God we worship and adore has created man in his own image, equal in every respect, wheresoever he may be” (1967, Vol. 1, p. 68) and regardless of whether he is Black, Red, Yellow or White. As a good and merciful God, Garvey argues, “He would not in his Great love create a
superior race or an inferior one.” This ethical commitment to human equality is not only racial equality but also intraracial equality and by extension class equality. Thus, Garvey, speaking to the question of an African aristocracy, says, “Africa shall develop an aristocracy of its own, but it shall be based on service and loyalty to the race” (1967, Vol. 1, p. 53). 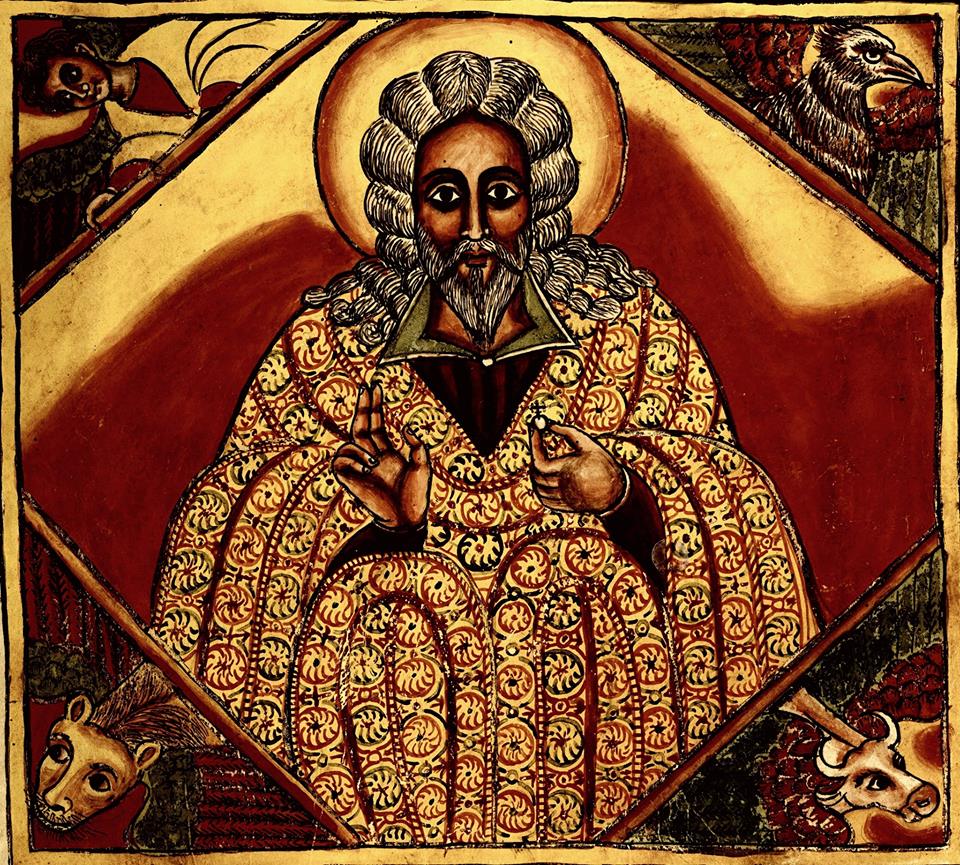 Furthermore, having been created in the image of God, humans are not only equal but also “have the same common rights.” And with these equal rights and equal status and potential, Garvey contends, there is an ethical obligation to defend and exercise these rights and act equally in the world. In fact, he maintains that there is a Divine expectation that humans of all races will act equally and “be the equal of other(s).” For Garvey, to act and be equal
is to be free and productive, to be “masters of your own destiny, to function as man, as He (God) created you” (1967, Vol. 1, p. 69).

Garvey contends that “the highest compliment we can pay to our Creator . . . is that of feeling that He has created us as His masterpiece; His perfect instruments of His own existence, because in us is reflected the very being of God.” Indeed, “When it is said that we are created in His own image we ourselves reflect His greatness.” This biblical concept of humans as containing within them a spark or aspect of the Divine leads to the development of the concepts of dignity, inherent worthiness, and Christian moral theology and anthropology. And though Garvey does not use the term dignity, it is clearly conceptualized and contained in his moral portrait of the human person.

It is important to note here that Garvey’s thick conception of the Divine likeness and dignity of the human person has its earliest roots in ancient Egypt. It evolves in the context of the Sebait (moral instructions) of King
Kheti for his son Merikara in the First Intermediate Period of ancient Egyptian history, c. 2140 B.C.E. In this sacred text found in the Husia, Kheti says of humans, “Well-cared for is the flock of God, they are in his image
and came from his body,” that is, person. This concept is further developed and stressed in the Husia in the narrative of Djedi, a sage who visits Pharaoh Khufu’s court and puts forth the concept of human dignity rooted in the divinity of the human person. In this encounter, Djedi defends the sacredness of life and the person of a nameless prisoner, identifying him on the level of the pharaoh, that is, also a member of the “noble flock” of God and thus a human being bearing both divinity and dignity. The word shepes, which Djedi uses to describe humans as the “noble” images of God, translates as august, highly, esteemed, worthy of the highest respect. It is often used to describe the
Divine and is meant to stress the Divine nature and sacredness of all human life, regardless of social status. Its noun form, shepesu, translates aptly as dignity as we use the term in modern moral discourse and as the Africans of Kemet, ancient Egypt, used it also.

For it spoke then and speaks now to an inherent worthiness that is transcendent of any other value placed on
humans, equal in all humans and inalienable, that is, it cannot be taken away by king, congress, courts, president, prime minister, or anyone. This historical note reflects an irony of history on which Garvey would have lectured, that is, that the people who gave the world this concept first have had to struggle so hard and long to affirm and secure it for themselves.

Thus, Garvey upholds a concept with its intellectual origins in Africa, even though it passes through Judaism and Christianity to reach him. And it would have been interesting to witness how he would have addressed this
fact, if he had been grounded in ancient classical African culture and knew this. For Garvey made regular reference to the glories and achievement of classical civilization, noting that when the “White race had no civilization
of its own, when White men lived in caves and were counted as savages, this race of ours boasted a wonderful civilization on the banks of the Nile”

Closely linked to Garvey’s key anthropological concept of humans as the image of God is the image of God as a reflection of the people who worship him. In a word, even as humans are in the image of God, God likewise
expresses himself in the images of the people who worship Him. In his remarks on “the Image of God,” he (1967, Vol. 1, p. 33-34) notes that each people has an ideal of God as seen through their own particular perspectives or their “own spectacles.” Thus, he says Black people have their own ideal. And whilst our God has no color, yet it is human to see everything through one’s own spectacles, and since White people have seen their God through their
own spectacles, we have only now started (late though it be) to see our God through our own spectacles. 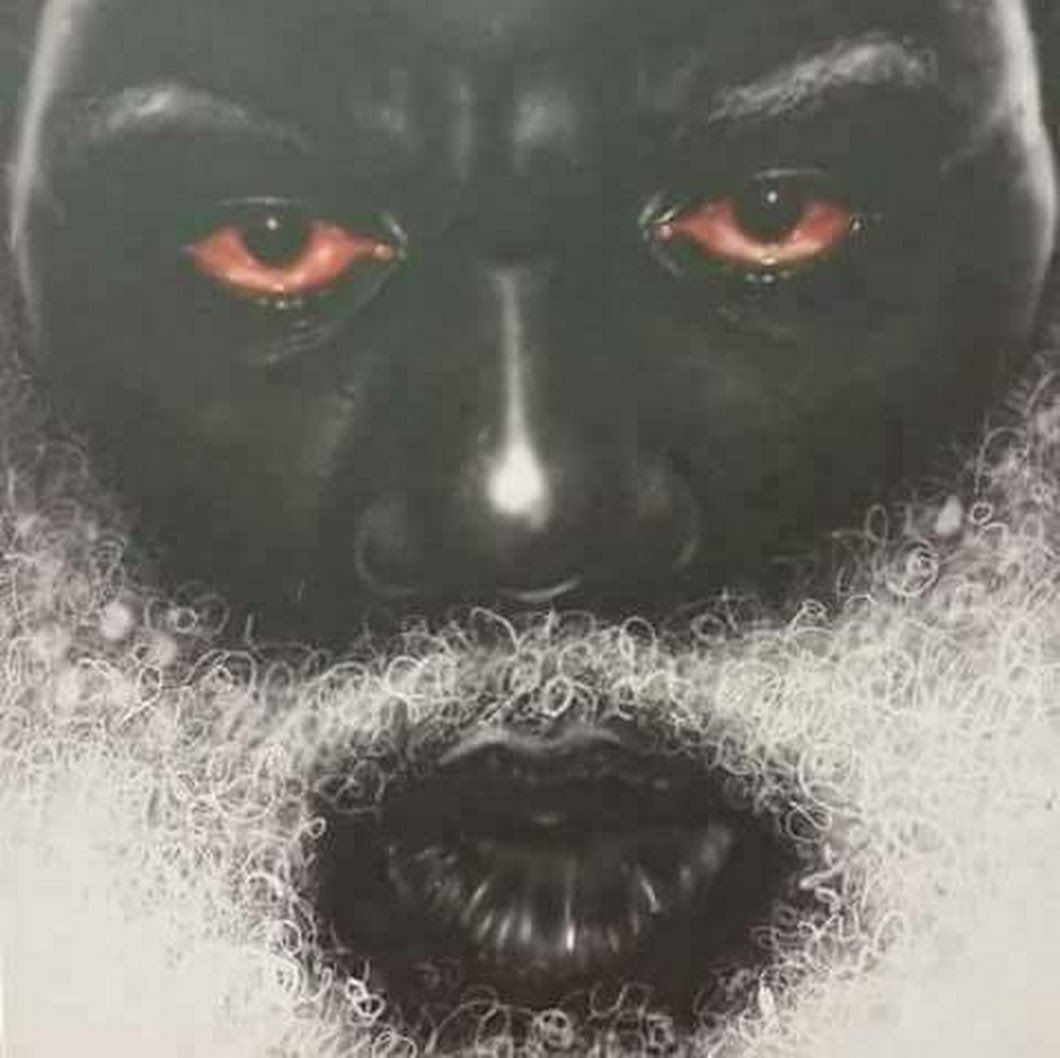 Noting the ethnic and racial character given to the universal God by Jews and Gentiles, that is, White Christians, Garvey states that as for “the God of Isaac and the God of Jacob let Him exist for the race that believes in
[Him].” But “we [Black people] believe in the God of Ethiopia, the everlasting God—God the Father, God the Son and God the Holy Ghost, the one God of all ages.” He concludes stating that “that is the God in whom we believe but we shall worship Him through the spectacles of Ethiopia.” There is in Garvey’s moral theology and anthropology a reflection of Bishop Turner’s (1971) bold assertion that “God is a Negro,” that is, Black, in a context where God in the form of Jesus of Nazareth was unquestioningly perceived, posed, and painted White. But Turner’s initiative does not
spread or have the impact Garvey’s initiative does. Garvey’s initiates a rethinking of Christianity and its meaning for Blacks on a different level and with a wider reach and impact (Burkett, 1978).

Also, Garvey’s position and discourse influenced the development of Black nationalist Christianity from the Shrine of the Black Madonna (Cleage, 1968, 1972) to the Rastafarians (Barrett, 1988; Morrison, 1992) and the general stress on the Blackness of Jesus and God in the progressive Black Christian community. This concept also finds its way in Black liberation theology in the early works of James Cone (1969), who quotes the Kawaida contention of Blackness as Africans’ ultimate reality and argues, as in Kawaida, the importance of the color and liberational role of God in
Black people’s lives and history. This general push toward a God in one’s own image and interests and humans in the
image of God has been a central aspect of progressive Black religious and ethical thought in various forms and degrees since Africans began to embrace Christianity. However, Marcus Garvey took it to a new level, expanded the arc of African theological and ethical concern, and established a foundation others after him would follow and build on in their own particular ways. 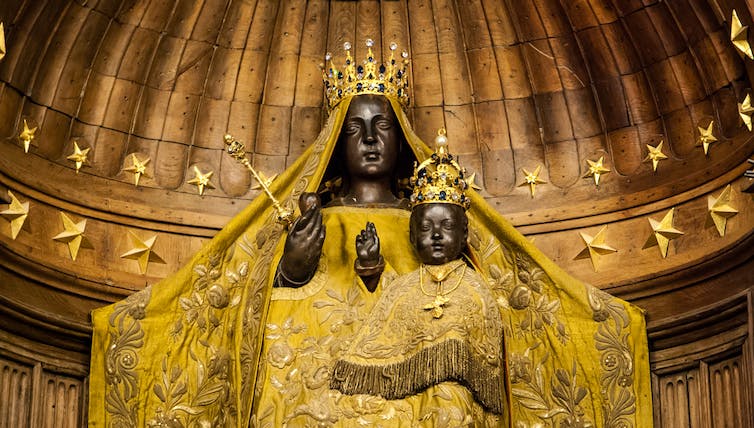 It is Muhammad and Malcolm X who built on this legacy and laid the basis for the evolution and emergence of Black liberation theology, which sought in its early history to be an Afrocentric approach to Christianity. For, although the Black power movement set the ultimate social and political context for the evolution of Black liberation
theology and ethics, it was the Nation of Islam, Messenger Muhammad, and Min. Malcolm X that for the first time problematized Black Christianity and compelled it to justify not only its particular conception of Christianity
but also the conception and embrace of Christianity as a whole from a Black perspective.

Topic: Have the actionable philosophies of our past revolutionary leaders fallen on dead ears or is there a need for an ushering in of a new ethos of the revolutionary black leader?

Feel free to send email info to info@africanheritage.com to be updated of the zoom link for this discussion. Additionally, comments and questions about the discussion can be sent to 260-4795 on the night. (No calls, only text)
Live Streaming on our Facebook (@ROARseries.bb or @AHFcaribbean) & Zoom accounts.