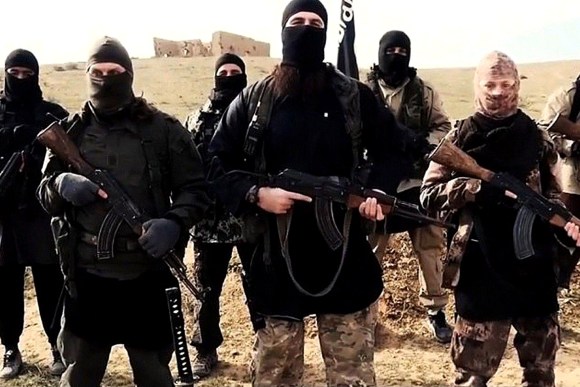 ISTANBUL – Since its emergence in Syria and Iraq, the extremist group of Islamic State (ISIS) has been expanding to reach several countries including Egypt, Libya, Ethiopia, some of the former Soviet republics and recently the Caribbean Islands.

Pro-ISIS activists have recently circulated a video under the banner “Those who Believe and Made the Hijra”, showing a man beside his three children calling on Muslims in the idyllic islands of Trinidad and Tobago to rebel.

“I fled my homeland because Muslims in Trinidad and Tobago were restricted and oppressed,” Abu Zayd al-Muhajir said in the video clip.

“People were free to wear the hijab or other Islamic clothing, but Muslims could only practice what they were told,” he added.

“You cannot practice your true Islamic religion outright,” al-Muhajir said. “I insisted on leaving that land, because my children will grow up without knowing true Islam.”

He said that his three children are now learning English, Math, and Sharia at an ISIS-run school.

Another ISIS militant speaking in the video, identified as Abu Khalid, said he had converted to Islam because “Muslims’ family structure is much stronger”.

“The holy Quran taught me how to be determined to make jihad,” he added.

Abu Mansour al-Muhajir, another ISIS member from the twin island Caribbean country who appeared in the video, said he had travelled to Syria to fight allies of the devil (in reference to Syrian president’s allies, mainly Russia and Iran). 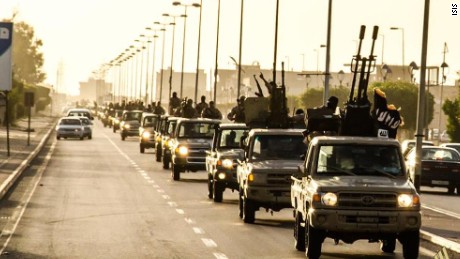 Al-Muhajir pointed out that Islam’s Prophet mentioned that there will come an era when all the nations of the world will gather around to wipe you out; “we the Muslims,” he said.

The man thanked God, saying “we will make jihad for this cause and to gain the reward of Allah.”

Last year, 30 citizens of Trinidad travelled to Syria to fight alongside the terror group, according to the republic’s former national security minister, Gary Griffith.

The United Nations has also warned the country is being a fertile environment for recruiting and training militants to carry out suicide operations.

Earlier this year, an American senior official revealed that dozens of militants have already left Caribbean countries to fight for ISIS in Syria.

“Extremists could potentially get across the U.S. border when they return back home from the war-torn countries,” Marine Gen. John F Kelly, chief of the US Southern Command, has said.