A second defining characteristic of the human person in Garvey’s moral anthropology is the God-given status as “lords of creation.”

This designation is, for Garvey, an expanded emphasis on ethical agency, that is, the will, capacity, and even Divine authority to act and with it the obligation to act in creative, productive, and redemptive ways in the world. In his essay “Dissertation on Man,” Garvey defined the human person in terms of his or her capacity for self-formation and self-determination. He states, “Man is the individual who is able to shape his own character, master his own will, direct his own life and shape his own ends”. This strong sense of agency is reflected in ancient African texts and modern nationalist thought such as Molefi Asante’s (1998) Afrocentricity, with its stress on agency, victorious self-assertion, and initiative in the world. In his seminal work introducing his theory of Afrocentricity, Asante (1988) praises Garvey as an intellectual inspiration for his own work and describes his philosophy as a “brilliant ideology of liberation in the first half of the 20th century”. In fact, he says, “In no nation in the world was there a philosophical treatment of oppressed people any more creative than Garveyism.” He concludes his analysis of Garvey’s thought by posing it as a contribution and precursor to his own, saying, “His vision foreshadowed the Afrocentric road to self-respect and dignity”. Thus, Asante recognizes and respects Garvey as a philosophical forerunner to his Afrocentric initiative.

Again, the metaphysical ground of this agency is in his interpretation of the Christian creation narrative. “When God breathed into the nostrils of man the breath of life, made him a soul, and bestowed on him the authority of ‘Lord of Creation,’” he says, “He never intended that the individual should descend to the level of a peon, a serf, or a slave, but that he should always be man in the fullest possession of his senses, and with the truest knowledge of himself”. He argues that humans have wrongfully evolved into a series of classes of inequality, that is, servant and master, a situation not of Divine intention. For “God didn’t create classes, He created MAN,” that is, humans as humans, with equal dignity, rights, and potential.

Following again Christian theology, he offers a standard anthropocentric conception of human relations with nature, arguing that “after the creation, and after man was given possession of the world, the Creator relinquished all authority to his lord except that which was spiritual”. By “his lord,” Garvey is speaking of humans, as indicated above, as lord of creation. In his remarks on “The Function of Man”, Garvey reaffirmed this interpretation of man as the lord of creation, saying, “God placed man on earth as the lord of creation. The elements—all nature are at his command—it is for him to harness them, subdue them and use them” as he sees fit.

This, of course, is taken from the Judeo-Christian creation narrative and is articulated in the Bible, in Genesis 1:26-28, in which humans are told to “fill the earth and subdue it and have dominion over the fish of the water and over the birds of the air, and over every living thing that moves on earth.” He concludes that the major scientific achievements of his day, the harnessing of electricity, the steam engine, and “wireless telegraphy,” all reveals to us that man is the supreme lord of creation, that in man lies the power of mastery, a mastery of self, a mastery of all things created, bowing only to the Almighty Architect in those things that are spiritual, in those things that are Divine.

Garvey gives further articulation of this conceptualization in remarks titled “Divine Appointment of Earth” . He makes three points here. First, he argues the equality of all humans and the equal potential of all people to achieve similar goals and that for any race to admit that it cannot do what others have done “is to hurl an insult at the Almighty who created all races equal in the beginning.” The second point he makes is that “no race has an exclusive right to the earth,” that “all of us were created lords of creation and whether we be white, yellow, brown or black, nature intended a place for each and everyone.” 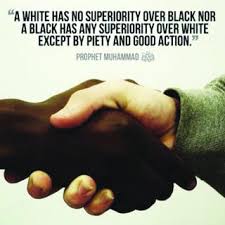 Finally, in his constant concern with his central and overarching project of liberation and redemption, Garvey argues that even as other peoples struggle for the protection and preservation of their own land, Africans will likewise struggle and “shall shed, if needs be, the last drop of their blood for the redemption of Africa and the emancipation of the race everywhere.” For these he sees as a God given place and right in the world. 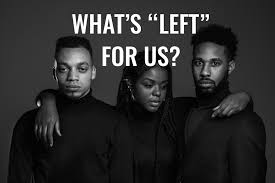 Here, Garvey focuses in on the sacrifice and struggle needed not only to politically liberate the continent and African peoples but also to free them from the fear, self-doubt, and distorted images of Black people imposed on
them and the world. It is at this point that Garvey also engages the ethical portrait of the human person as a self-maker, not in the sense of one having self-destructive hauteur and hubris but, as argued above, as one having a
rightful sense of status as a reflection of the Creator, capable of working out our righteous will in the world. It is in this sense that Garvey defines us humans as “master of our own destiny,” “a masterpiece” of the Divine, and
“perfect instruments of His own existence, because in us is reflected the very being of God”. And that being is creative, righteous, and rightfully reflective of and reverential toward “our Creator who made us in the fullness of ourselves.”