About Our efforts to free the slaves and the progressive improvement, year by year, in the struggle for their liberation

It had been customary in the past in Ethiopia, a part of Africa- just as it had been in Asia, Europe, and America-to sell and to buy slaves. Nevertheless, the number of those who arrived by way of sale and purchase was small, for the majority of slaves came through capture in war. The reason is that in Ethiopia, from the 15th to the 18th century, the power of Muslims and pagans had prevailed against her, gradually and little by little, while many of her provinces rebelled against the reign of the Emperor, estab­lishing their own nobility and looting the country. But later on the kings before Us, and in particular Emperor Menelik, con­quered these provinces in battle to restore them as of old to the unity of Ethiopia; and as for all those who had come by way of capture in war, it had been the custom that they should live in slavery to their captor-in accordance with ancient usage. Nevertheless, those who had come as prisoners of war were scarcely distinguishable in appearance (except for a few) from other Ethiopians, and therefore it is very difficult to identify them as slaves. Thus the slavery of some was in name only, but in their mode of living they were not much different from their captors. They were able to purchase and to sell rest (hereditary land owner­ship) or, like other people, to have rest rights established by the government, to attain officer’s or ministerial rank in government service, or in the service of the Church the rank of deacon, priest, monk, or priorship of a monastic order or the deanship of a cathedral. 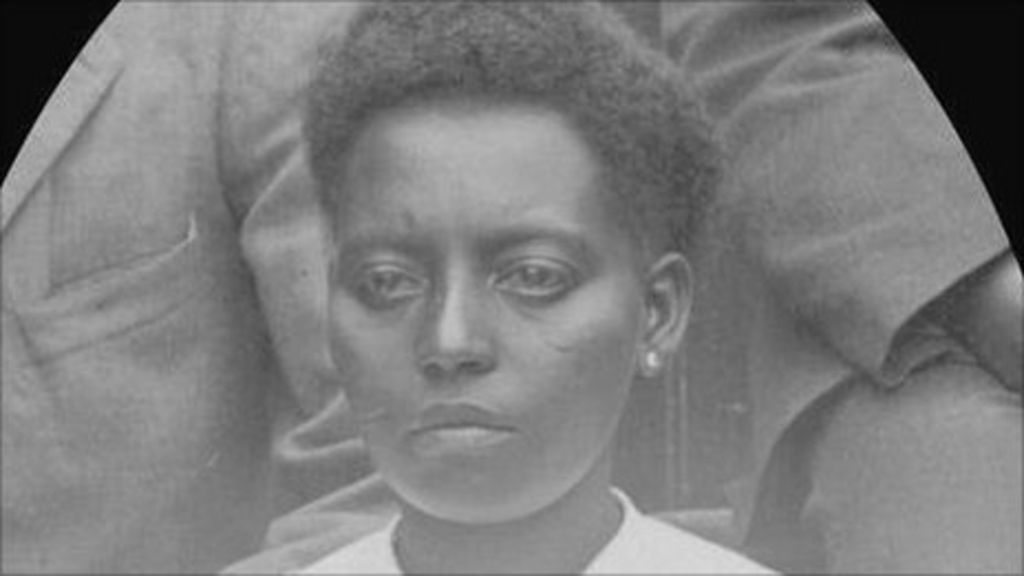 As they were indistinguishable in appearance and mode of life, they could even be married to their captor or his son or his relations. When their captor died he might leave them rest and money in his will, having treated them like his children.

Again, as is the practice all over the world, there are many people in each province who are doing a day’s work being taken in service for a wage. Yet, while the Italians knew all this, they spread it about that there were slaves rather than workers employed for a wage in some rich man’s house. They spread these rumours exaggerating to the point of perjury. 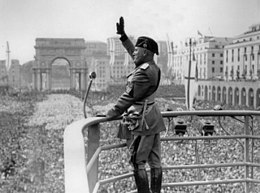 The story which proves this is that of a rich man who was descended from a Galla family and who lived in the Harar region. This man-by the abundance of his goodness and his conscience- said that it was more useful to give one’s money to one’s relatives than to give it to alien workers and thus collected the children of his brothers and sisters and relatives and employed them for wages.

But the Italian Consul at Harar, without knowing or examining all this, wrote a report to his government claiming that such and such possessed so many slaves; as this appeared to his government to be true, it preferred an indictment against us and presented it to the League of Nations. 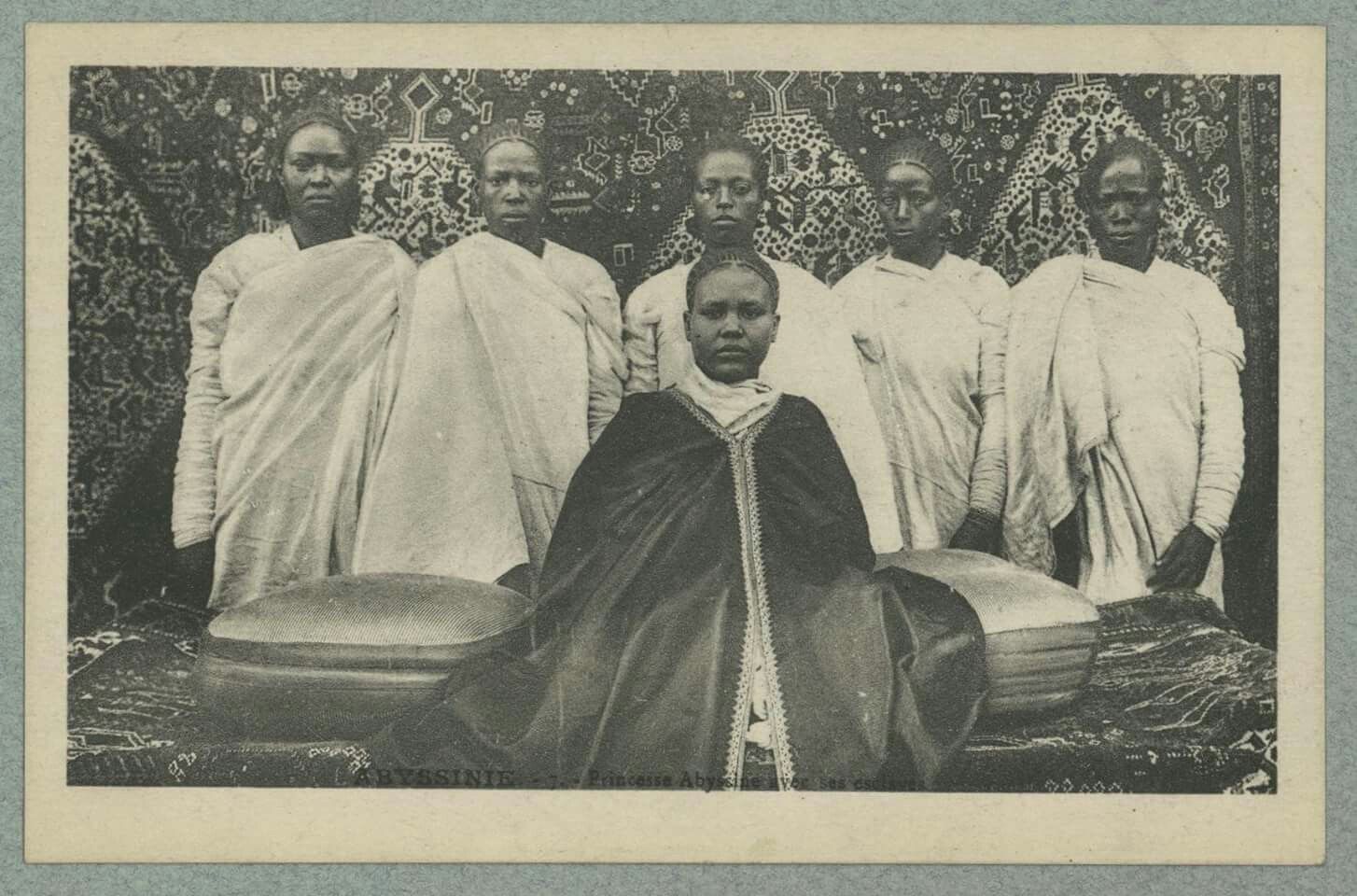 Ethiopian Princess with her slaves

Apart from the slaves who were set free by the proclamation and ordinance which We promulgated as regards the liberation of slaves, We were doing everything possible to set free the slaves by seeking several other opportunities. Thus the governor of the Beni Shangul, Sheikh Hojele, told Us that in his country many slaves had gone free by virtue of the proclamation and ordinance; whereupon We said to him: ‘You cannot expect to be praised for those who are set free on the basis of the proclamation and ordinance, but if you release them of your own free will, that will bring you credit.’ As he told Us ‘it is with my permission that so many slaves go free’, he sent them subsequently to Addis Ababa and We informed him that We were arranging for them to receive instruction. When those slaves were sent to Addis Ababa, We gave orders that they should receive a certificate of their liberation. They immediately entered a military school and began to study. Many of them were selected for musical education, and M. Andre Nicot, whom We had recruited from Switzerland, taught them music. When they had completed their training, We provided them with a uniform and they lived in clean dwellings which We had constructed for them. All the foreign envoys and consuls at Addis Ababa knew about Our awarding to one of them, who had excelled in knowledge, the rank and uniform of a lieutenant [command of 100] and about Our decorating him with an order; they also knew that others with him had carried out properly their work of musicianship.

Everyone who saw and knew this shanqella who had received the rank of lieutenant used to admire him, for his height was 2.10 meters. And now We hear that in Genbot 1928 (= May 1936), when the Italians entered Addis Ababa, they captured him and killed him.

But in view of what We have done for the emancipation of the slaves and for civilizing them through education, it is amazing that the Italians should make representations to the League of Nations to the effect that Sheikh Hojele had sent to the Emperor a special tribute of slaves! 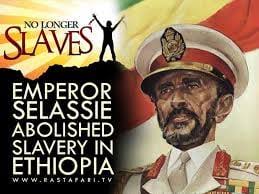 As We have shown above, this slavery problem is recognized in the hearts of men as something that is not preordained by nature in terms of master and slave but had yet remained firmly established by custom; consequently, Emperors Theodore (Tewodros), Yohannes, and Menelik, who reigned in Ethiopia from 1845 to 1906 (= 1852/3 to 1913), had promulgated decrees against the sale and purchase of slaves in Ethiopia. But because at that time it was not customary to set up special offices for work of this kind, their intention remained unaccomplished, as it was impossible to observe and enforce the decree on account of the vastness of the country.

But now, since We accepted responsibility for the affairs of government as Regent Plenipotentiary of the Ethiopian realm, We followed on the foundations laid, as regards the liberation of slaves, by the three kings whose names have been mentioned above and let it be known by proclamation, on 22 Magabit 1916 (= 31 March 1924), that in Ethiopia slaves were no longer to be sold or purchased. We promoted an ordinance by which people were to be punished, who in future were found to be selling or purchasing slaves, and by which slaves were to go free who had come by way of purchase or capture prior to the proclamation. At Addis Ababa and in other regions offices and courts were set up by which the proclamation and ordinance were to be enforced, and for this work We recruited an adviser from England, Mr. de Halpert; as judges and secretaries were appointed and the entire work of administration progressively improved very greatly, many slaves were set free. Their number was above one hundred thousand. The number of those set free each year is to be found in the register of the League of Nations at Geneva.

Again, when in 1923 (= 1931) a delegation, sent by the British Anti-Slavery Society, came to Addis Ababa, We informed them orally and in writing, after a great deal of discussion, that We shall see to it that within fifteen or, at most, twenty years from now all slaves would go free and that slavery would be totally eliminated from Ethiopia. But in any country a few offenders must always be expected, and if some men are found trans­gressing the proclamation that has been promulgated, all the foreign envoys know that We have punished them even with the death penalty. Therefore, Our conscience does not rebuke Us, for We have done unceasingly everything possible as regards the liberation of the slaves.