About our treaty with Italy concerning port facilities at Assab, the construction of a road, and general amity

We were frequently distressed about the fact that it was an obstacle to civilization that Our country lacked a sea-port of her own. Particularly since Ethiopia entered the League of Nations and contacts with governments of the world had greatly expanded, We became convinced of the need to find an outlet to the sea; We therefore requested Italy to make available for us port facilities in the Assab region.

Furthermore, We had been reminding the French Minister at Addis Ababa, from time to time, of Our desire to obtain access to the sea in the Jibuti area. The reasons why We were considering obtaining a sea-port at Jibuti were, in the first place, that, when the French Government originally seized Jibuti, it was by agreement with Ethiopia and, in the second place, that it was a French Company that built the railway, under a concession from the Ethiopian Government, connecting us to Jibuti.

Later, in 1916 (= 1924), when We came to visit Paris at the invitation of the French Government, We disclosed to M. Poincare, the then Prime Minister, that it was Our desire to obtain access to the sea in the Jibuti area. He had given Us a hopeful reply, but when, after Our return to Our country, We repeatedly requested the French Government to confirm the expectation given to Us, they kept Us waiting for about two years with several excuses and without giving a firm decision. The Italian Government, however, were not pleased at Our discussions with France about obtaining an outlet to the sea.

Afterwards, in 1919 (= 1927), H.M. Victor Emmanuel III sent his uncle, H.H. the Duke of Abruzzi, to Addis Ababa to return Our visit. As soon as he arrived, he informed Us of his instruc­tions to discuss with Us, since he happened to be on the spot, the question of access to the sea and the construction of a road, but we postponed these talks until the official visit had been completed.

It had appeared to Us and to all Our people that the visit to Addis Ababa of H.H. the Duke of Abruzzi was apt to strengthen greatly the existing friendship with Italy. Therefore, ever since We heard officially about his visit, We prepared a big programme suitable for the reception. In particular We put in hand the building of a new palace in which he was to stay, within the precincts of Our palace, and it was completed within a brief period. The house was called ‘The Duke’s House’ and used to be known by his name up to the end of the war. 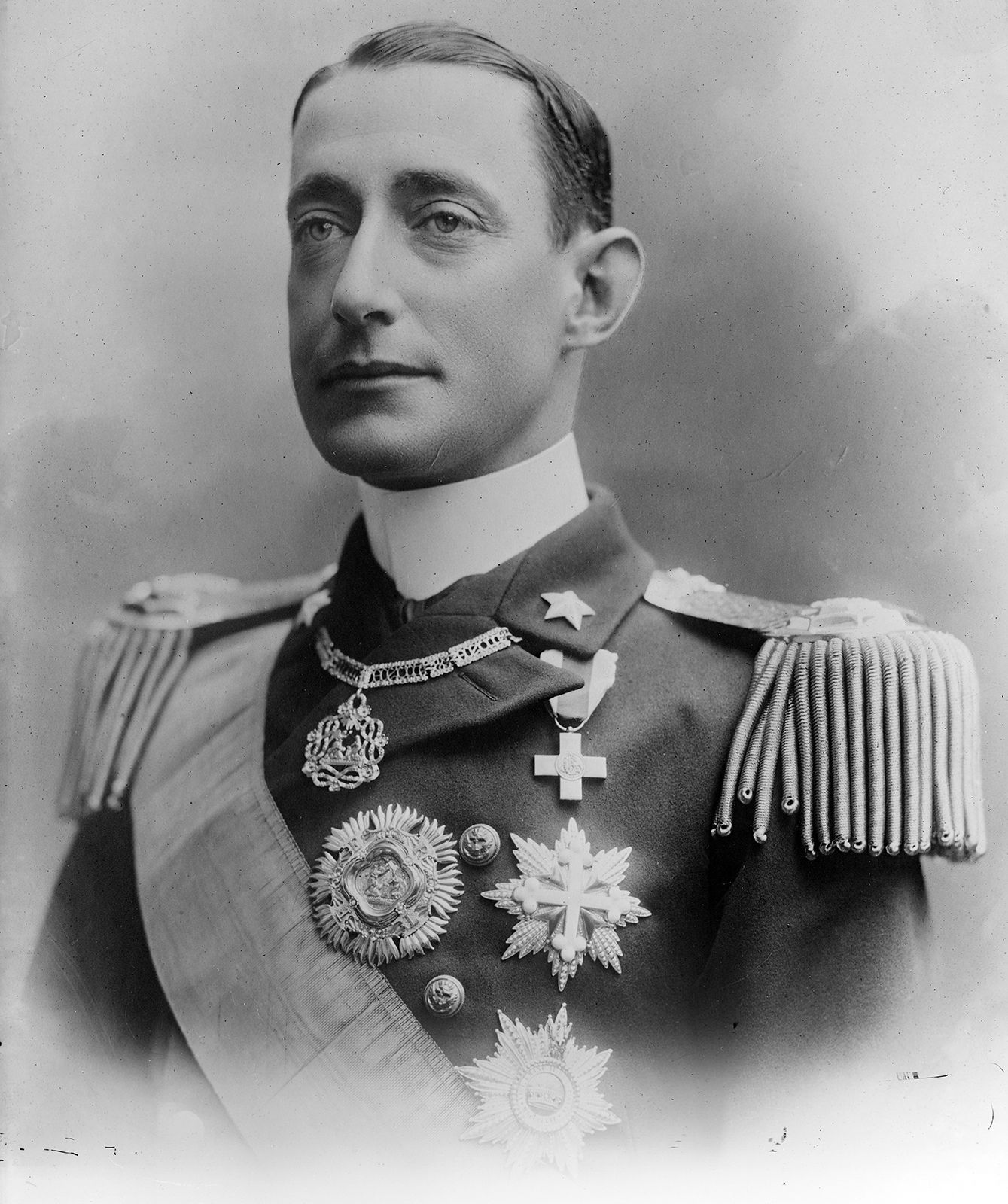 H.H. the Duke of Abruzzi

When he was about to return to his country at the conclusion of the official visit, he asked to be permitted to speak about the matter to which he had referred, for he had received instructions from his government to give certain information to the Ethiopian Government. He then declared as follows:

‘As my government has heard that you have initiated con­versations with the French Government with a view to obtaining access to the sea-conversations which have so far remained inconclusive-it is my government’s intention to grant a sea-port in the Assab area and to construct a motor road from the port to Dessie, while the two governments establish a mutual aid com­pany; it is further my government’s intention to conclude a treaty of friendship that shall remain in force for 20 years, and I am therefore to enquire as to the wishes of the Ethiopian Government. This matter had already been broached previously when you came to Rome in 1916 (= 1924).’ When he explained his government’s proposals in these terms, We accepted them as satisfactory, for we would thus obtain, in the first place, an outlet to the sea and, in the second, a period of 20 years without war in which Ethiopia would work hard and reach a high level. The matter then came before the great princes and nobles, and after it had been approved We signed the following treaty:

‘Whereas it is the desire of the Empress of Ethiopia, Her Majesty Zawditu, and of the King of Italy, His Majesty Victor Emmanuel III, to consolidate and strengthen further the friendship existing between the two governments and to bring about an expansion of the economic relations between the two countries; accordingly H.H. Tafari Makonnen, Heir to the Throne and Regent Pleni­potentiary of the Empire of Ethiopia, in the name of H.M. Empress Zawditu, in his own name and that of their successors, and Commendatore Giuliano Cora, Minister Plenipotentiary of the Royal Italian Government, in the name of H.M. Victor Emmanuel III and his successors, having reached agreement have covenanted as follows:

There shall be everlasting friendship between the Imperial Ethiopian Government and the Royal Italian Government.

The two governments have entered into a mutual obligation not to do anything for whatever reason that might affect or damage the independence of the other and to safeguard and protect their respective interests.

The two governments have entered into an obligation to extend and to cause to flourish the trade existing between the two countries.

Italian native citizens, subjects, and protected persons, while residing in Ethiopia, and Ethiopians, while residing in Italian colonies, as regards their trade and employment, necessities of livelihood and administration, and in anything that concerns the exercise of their professions, their trade and their employment- it is incumbent upon them to observe and to honour the laws of the state in which they are living. Notwithstanding anything stated above, there shall remain applicable to the said Italian subjects and protected persons, while resident in Ethiopia, the provisions laid down in article VII of the treaty between the Emperor of Ethiopia and the Government of the French Republic, concluded on 1st Ter 1900 (= 10th January 1908), as long as this treaty remains in force.

The two governments bind themselves to submit to conciliation or to arbitration-judges any matter arising between them on which they cannot agree and which is incapable of being resolved by the customary diplomatic means-without recourse to the force of arms. As regards the procedure for selecting arbitrators, the two governments shall exchange notes once they have reached agreement.

This treaty shall be registered with the League of Nations. The two governments must accept it after ratification. Once proper arrangements have been made, they shall exchange the instru­ments of ratification at Addis Ababa as soon as possible.

This treaty shall remain in force for 20 years from the date of ratification. When this period has expired it shall be renewable annually.

Later on, in 1921 (= 1928-9), H.H. the Duke of Abruzzi returned to Addis Ababa once more. The reason for his visit was, now that the treaty of friendship and road construction had been signed, to decorate Us with the Grand Order of the Annunziata with golden chain and then to proceed to Mogadishu, having on the same occasion traversed Arussi and explored, from its sources, the great river Webi Shebeli which rises at the meeting point of Arussi and Bale and flows down to Italian Somaliland. 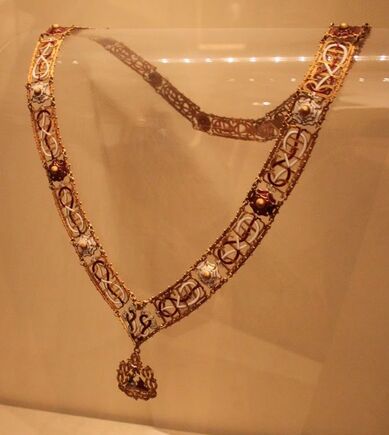 The reason why he wanted to see the sources was, according to the version he told me, that he had founded a large concern with a big agricultural enterprise near Mogadishu and that the water irrigating those plantations was derived from the Webi Shebeli.

We sent with him a number of men as guides, so that no mishap should befall him throughout his journey.

Even though the Duke of Abruzzi was an Italian Prince, We had hoped things would turn out in accordance with his assurance, for he had certainly declared repeatedly that the treaty of friend­ship which had been signed would remain firm.

While We had every intention of observing our treaty obli­gations and honouring our undertaking after we had concluded the treaty of friendship and of road construction, We spent a lot of money appointing engineers from Holland and set them to survey the direction of the road to Dessie, in conjunction with our own engineers at Addis Ababa and the people on the spot. After we had completed drawing up the plans and when we were ready to request the Italians that the road works be started, they were not at all intent on the work but rather on inciting quarrels as of old; they thus delayed matters by dragging their feet and by asking that the work be carried out on their engineers’ surveys and calculations-criticizing what our own engineers had done by way of surveys and measurements. But in Europe they began to spread the rumour by letting it appear that the Ethiopian Govern­ment had violated the treaty by postponing the work. Whatever the damage to herself might be, Ethiopia refrained from spending her money on press campaigns or from spreading mendacious propaganda, like Italy, but stuck to the truth firmly. Yet it undoubtedly suited Italy-in spreading this sort of report-to claim that she had to take Ethiopia by war, as the latter was in breach of her treaty obligations. By Italy’s own actions all this has become clearly apparent.