Ras Haylu is the son of King Takla Haymanot of Gojjam. When King Takla Haymanot was still called Ledj Adal, he married Wayzaro Laqatch, a relative of Emperor Takla Giyorgis who reigned in 1861 (= 1868), and then received the title of Ras. Later on, after Emperor Yohannes had succeeded to the throne in 1864 (= 1872), he gave him the crown and proclaimed him King of Gojjam in 1873 (= 1881). 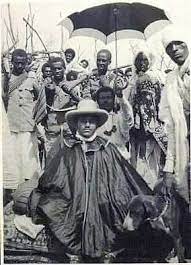 However, from the beginning all his activities had been of a deceitful nature; since he meant to bring about the downfall of his father’s officers, he caused imitations of their seals to be engraved and then wrote messages suggesting that they were betraying Emperor Menelik. When he submitted these to Emperor Menelik, the officers denied having done anything of this sort; when, as a consequence of their protest, the matter was investigated, it was revealed to his disgrace that he had treacherously caused these fictitious seals to be engraved. He was, therefore, condemned to imprisonment, but after he had remained at Afqara for 7 years, Emperor Menelik in his goodness released him from prison and restored to him once again the governorship of Gojjam. He subsequently married Empress Taitu’s niece, Wayzaro Assalla-fatch, and in honour of the wedding in 1901 (= 1908-9) he received the title of Ras. He then gave up the name Seyum and adopted the name Haylu. Ledj Iyasu, entirely at the request of his father, King Mika’el, married Ras Haylu’s daughter, Wayzaro Sabla-Wangel. 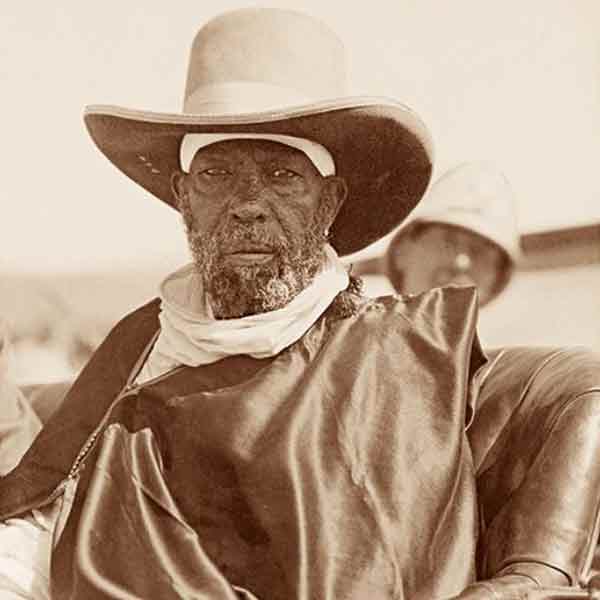 Ras Haylu used to prepare a fine welcome for all the Italians passing through Gojjam and to give them an escort. Apart from this, he pretended to be ill and used to travel to and fro to the Italian commercial agents and doctors resident at Dessie or Gondar.The Italians who were appointed as resident commercial agents at Gondar, Dessie, and Magalo used to be selected for their medical training. The reason was that by being able to meet district governors and the people in the course of medical work they were conveniently in a position to carry on their deceitful propaganda.

We never ceased suspecting all these Italian activities. But, on one hand, We were mindful of Our treaty obligations and, on the other, We felt that, if We forbade the people, living in the districts which had an agent, to go to the agency for medical treatment, the Italians would accuse Us before the world claiming that We were impeding civilization; We therefore waited patiently until We discovered major evidence of these activities.

Later on, when Italy made energetic requests to establish a consulate in Gojjam, We granted her permission, as it seemed to Us proper to honour the treaty of friendship; she subsequently set up the consulate.The reason for which customarily a request was made to appoint a consul was that subjects (of the applicant power) were resident in the area concerned and were engaged in commerce there. But Italy did not possess a single subject or merchant, be he white or black, at Dabra Marqos, and thus everybody was aware that it was for propaganda purposes only. There, in the consulate compound, the consul established a clinic, and the notables and the people of Gojjam went there for medical treatment. 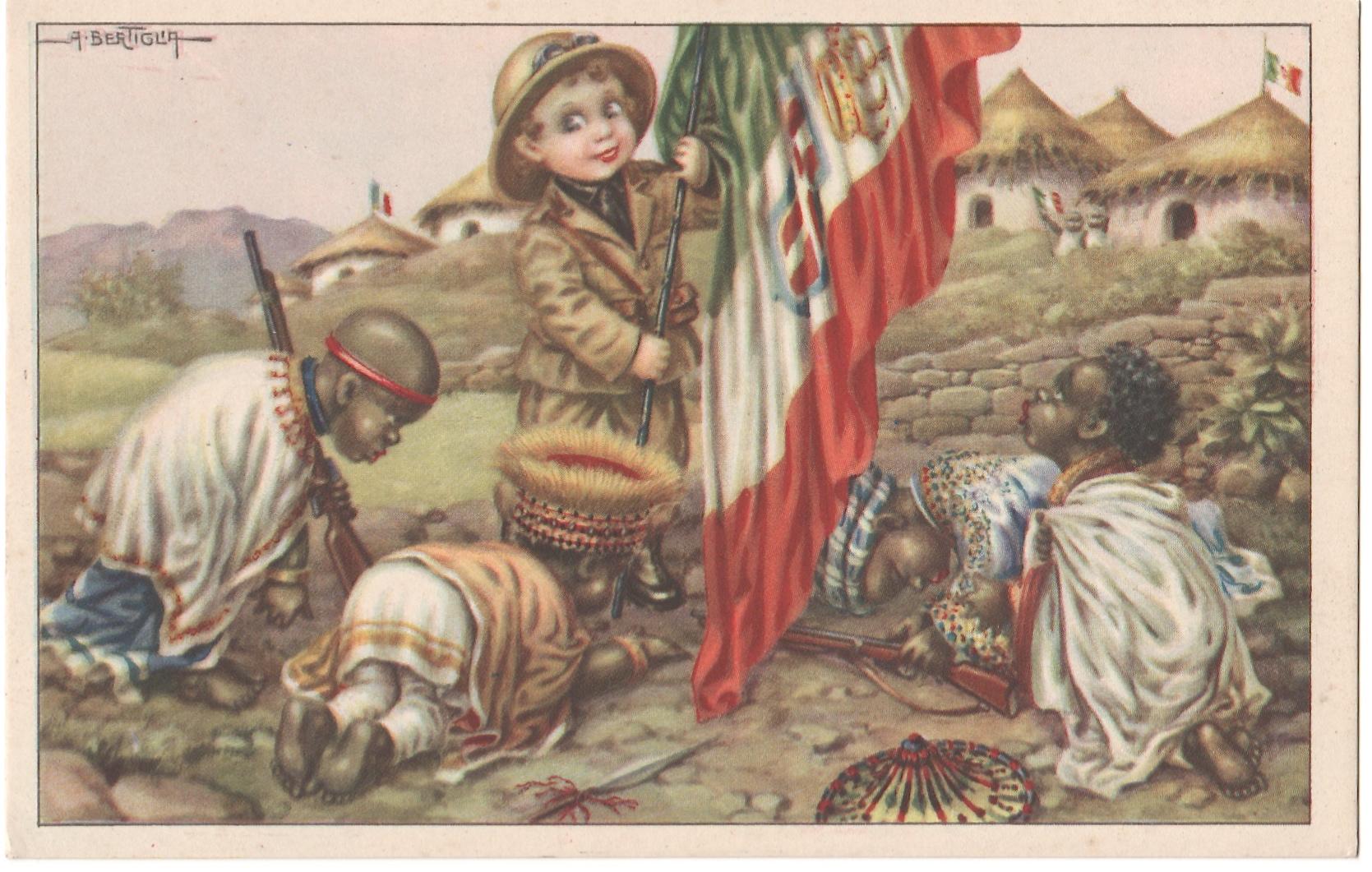 We did not suspect that Ras Haylu had any thought that the government of Ethiopia should be abolished and become Italian. But after some lapse of time We finally heard that the Italians were telling him that, if he were to cause the escape of Ledj Iyasu from his place of detention, he (Ras Haylu) would, when Ledj Iyasu became Emperor, be proclaimed at least King of Gojjam, his father’s governorate, and possibly even King of Gojjam and Bagemeder. His daughter would in that case become Queen consort. They further told him that the Italian Government would assist him in everything he required in bringing this about and in any difficulties he might encounter.This piece of advice by the Italians had entered deeply into Ras Haylu’s heart and he was waiting for a suitable moment to attempt this project; he, therefore, came to Our coronation to Addis Ababa and stayed for about two years; and meanwhile he began scheming in secret, with the help of money and by all other means at his disposal, to bring about the escape of Ledj Iyasu from his place of detention at Fitche. The deceitful plan which had been devised for this was as follows: when Ledj Iyasu had escaped from detention at Fitche, he was to cross the Mugar and meet Ras Haylu at Metcha; he was then to cross the Blue Nile at Gendabarat or at some other convenient spot, and when he reached Dabra Marqos he was to issue a proclamation about his emperorship and at once to install Ras Haylu as King of Gojjam; from there he was to cross into Wallo by way of Bagemeder, and when at Dessie he was to assemble by mobilization decree the armies of Gojjam, Bagemeder, Semien, Tigre, and Yajju; he was then to go to Shoa and, after fighting with Us, was to enter Addis Ababa.

If it were perchance to happen that this plan of Ras Haylu’s should come to grief, he had spoken to the Italians about an aeroplane, so that Ledj Iyasu might conveniently and quickly cross into Gojjam by aeroplane. When a certain Baron Franchetti, before departing from Asmara, requested permission through his legation to land in a large field situated between Addis Alam and the town of Gannat, because there was no sufficiently large field at Addis Ababa on account of the size of the aeroplane in which he was travelling and which had four engines, We had no suspicion of any connexion with the affairs of Ledj Iyasu or Ras Haylu and granted him permission to land near Addis Alam. But the secret was the plan to engineer the escape of Ledj Iyasu, for Metcha was near Addis Alam.When the aeroplane arrived, many people who had gone to receive it noticed that inside it were a machine-gun as well as rifles and many cartridges. After it had remained there, in the vicinity of Addis Alam, for about ten days, it requested once more authority to move to a field near Addis Ababa where the radio-station is situated nowadays; We granted this permission. Only later on was it revealed that the purpose of this was to take Ras Haylu from Addis Ababa to arrange a convenient meeting with Ledj Iyasu.

However, God’s designs prevail over those of man, and the plan by which Ledj Iyasu was to escape from Fitche went wrong and there occurred a delay in his get-away and in issuing any information about his escape. Hence Baron Franchetti, after waiting for a whole month without news of Ledj Iyasu, returned to Asmara with his aeroplane on 8th Genbot 1924 (= 16th May 1932). 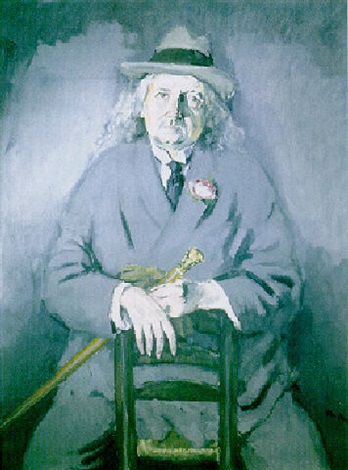 Portrait du Baron Franchetti
On the fourth day after Franchetti’s return to Asmara, Ledj Iyasu escaped from Fitche; and when he reached Yaya Gullale he sent a letter to Ras Haylu: ‘I have escaped, and now let us meet’. But since all the arrangements Ras Haylu had previously made had gone awry, he was not prepared and quickly despatched the headman of Gendabarat to acquire some fifty horses for him.Ledj Iyasu had sent letters not only to Ras Haylu but also to other chiefs; since Ras Haylu meant to pretend that he had not been involved in the matter and thus to escape blame by seductive words, he showed Us the letter which had reached him from Ledj Iyasu and claimed: ‘Ledj Iyasu wrote to me in order to seduce me by a ruse, but I have no master or King other than Emperor Haile Sellassie, and You are bound to recognize that I am loyal to Your government.’

But Ledj Iyasu’s escape and Ras Haylu’s involvement in the entire affair had already been widely rumoured at Addis Ababa, and many indications were discovered which proved his involve­ment in the matter. When his briefcase which was in his servant’s hand was found and when its contents were examined, the code by which he corresponded with Ledj Iyasu was discovered to his discomfiture as well as other signs mutually known only to these two.When the man whom Ras Haylu had sent to purchase horses was seized and interrogated, he gave evidence against him and confessed that Ras Haylu had instructed him: ‘When you have bought the horses and met Ledj Iyasu and heard what he has to say to you, come back!’ But in the end the Ras confessed and said: ‘It is true that I have done all this, for Satan misled me; only You in Your goodness can do mercy unto me.’ A week later he came before the court for judgement to be given when the judges, unanimously, condemned him to death.

But We commuted the sentence of death and arranged that he should stay, with his property confiscated, in confinement at a specified place. When Ledj Iyasu had waited for some time for Ras Haylu in the Metcha and Gendabarat regions, he heard of his arrest and imprisonment. Thereupon he crossed the Blue Nile, and when there remained a journey of only two days before entering Dabra Marqos, the people of Gojjam seized him and handed him over to Dejatch Dasta Damtaw whom We had despatched for this purpose.In 1909 (= 1916), when Ledj Iyasu was deposed, the Italians had manifested their opposition to him and had spoken to Us in this sense. But now they pretended to be friendly towards him and aided his escape from Fitche; this proves that they were devising plans to take Ethiopia by provoking us to fight each other, while they themselves would not have a single soldier killed in battle.