Ras Kassa had, before the rainy season, gone to his governorate of Bagemeder and had spent the rainy season there; We therefore transmitted to him orders to set out at once and go to join Ras Seyum. We directed that Our War Minister, Ras Mullugeta, should proceed in advance from Shoa, together with the army commanders enumerated here above.

On 8th Teqemt (= 19th October 1935), when he took leave of Us by parading the army in front of Us, We gave him (since he had to proceed with the troops) and the army mustered before Us the following precise orders: 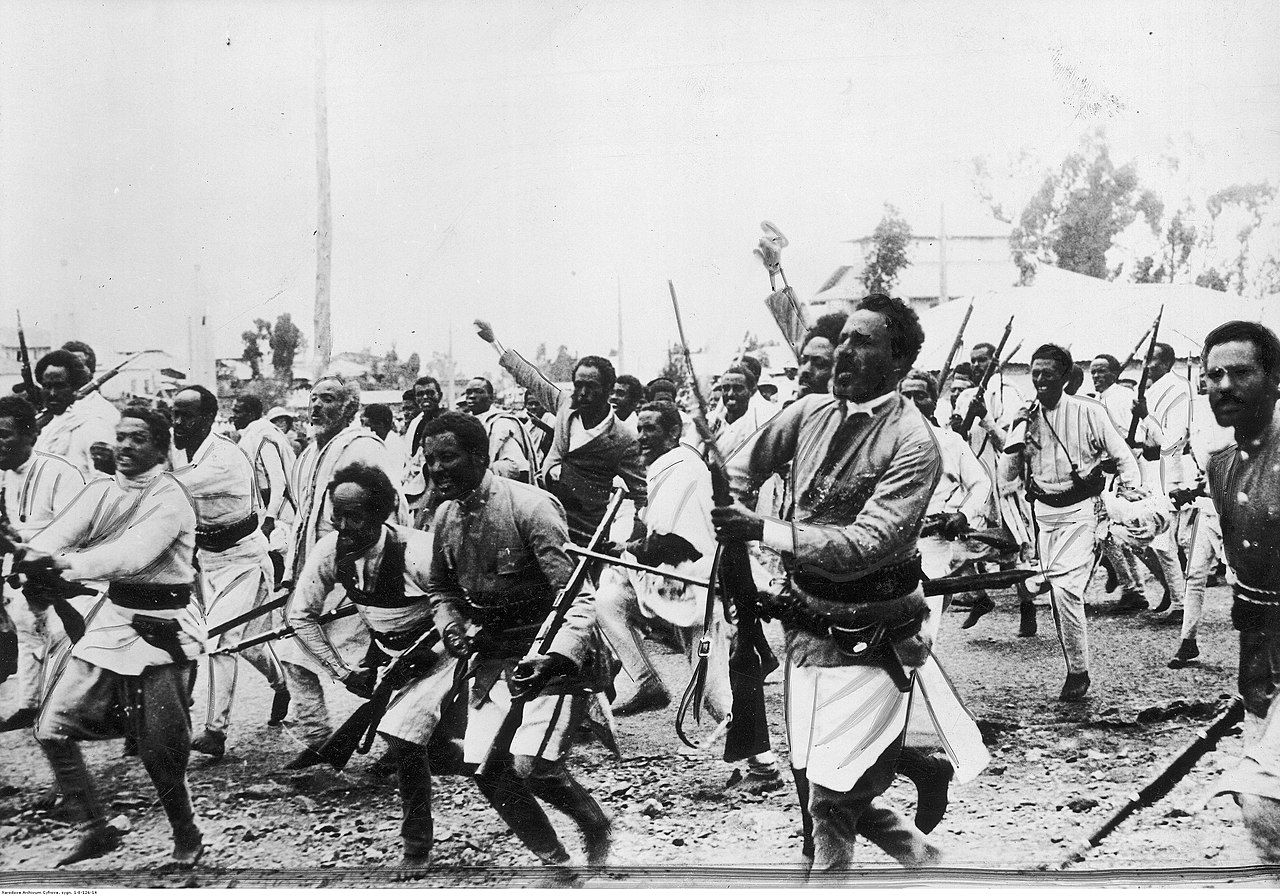 ‘It gives Us pleasure watching your departure, determined to shed your blood for your country’s independence and for Us, your Emperor, and his honour.

Because it is to the servant he trusts that a master commits his property, so have We instructed you to resist the enemy-placing your faith in God, while you take care of Our army and help everyone in whatever their difficulties may be.

The enemy who has now come upon us is not a new or unexpected enemy but he is our mortal foe of old. Everything he has now achieved by virtue of Our refusal to send Our army preventively to the front-trusting as We did the peace-seeking efforts of the League of Nations-has been through cruelty, not even killing excluded, and he cannot be suspected of tenderness to soldiers, to the old and to women and children. We have already heard about the early stages of his mercilessness to women and children.

As death can in any event not fail to occur, it would be wrong to forget that it is of great advantage having it said that someone died shedding his blood for his country’s liberty, his King’s honour, and for the good name of his generation rather than that he died of a cough, a head-cold or of typhoid. If someone dies in war he is said to be extraordinary, but to be stunned at someone’s death is to debase the dignity of valour.

It cannot be doubted that to a soldier, a peasant, or a trader his country’s independence is his greatest pride. It is, therefore, important to convince you to the utmost extent possible that quarrels and deceitfulness amongst you should disappear, that love and unity should spread, and that a servant should acknowledge obedience to his master and a soldier to his officer. If the Italians are proud of their weapons against us, we on our part are proud that our greatest weapon against them is the help of God. Our flag, red, yellow, and green, and our seal with the legend “the lion has prevailed” are the symbol of our independence; lest this symbol of our freedom should perish, it is a great honour for our good name and for our history if we die shedding our blood to the very last drop. 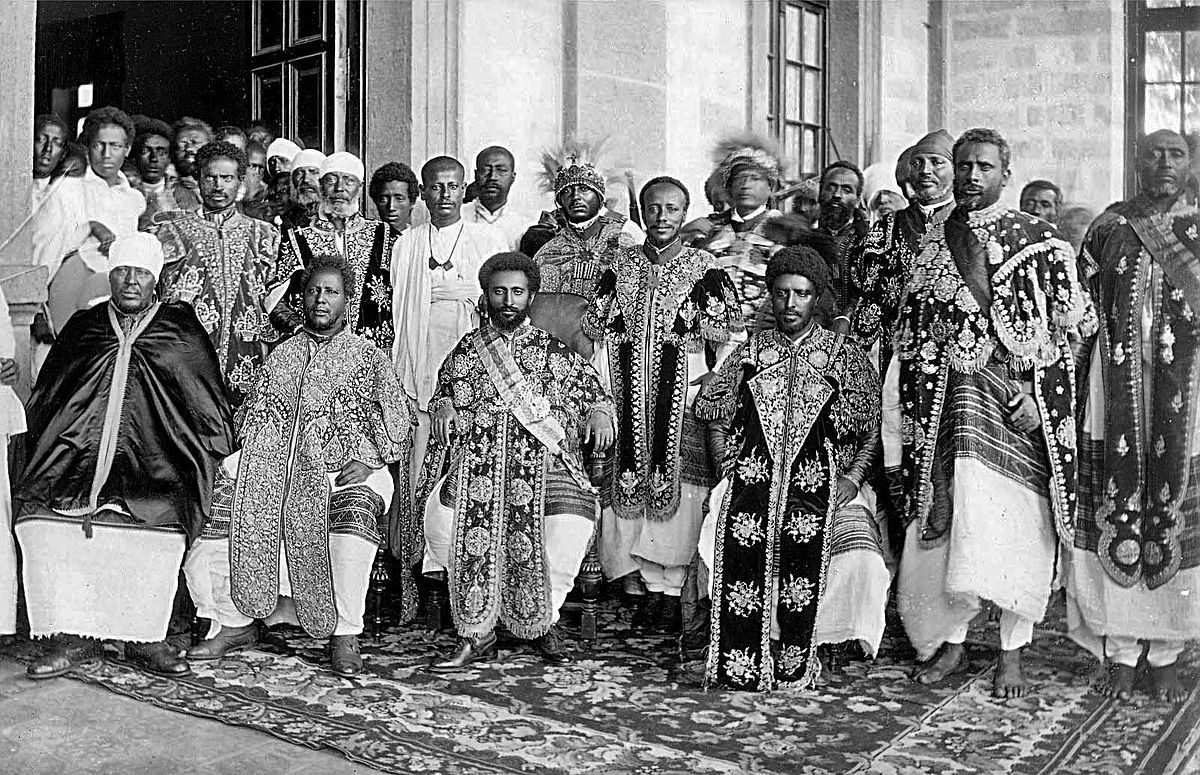 The reason why We have told you this is that it would suit the enemy if you were to enter the war simply in order to die, without taking precautions and like a butterfly in the flame, rather than save Ethiopia from the hand of the enemy as you are fighting a war according to contemporary fashion.

What exactly you should do is set out as follows:

(1) When you set up tents, it is to be in caves and by trees and in a wood, if the place happens to be adjoining to these-and separated in the various platoons. Tents are to be set up at a distance of 30 cubits from each other.

(2) When an aeroplane is sighted, one should leave large open roads and wide meadows and march in valleys and trenches and by zigzag routes, along places which have trees and woods.

(3) When an aeroplane comes to drop bombs, it will not suit it to do so unless it comes down to about 100 metres; hence when it flies low for such action, one should fire a volley with a good and very long gun and then quickly disperse. When three or four bullets have hit it, the aeroplane is bound to fall down. But let only those fire who have been ordered to shoot with a weapon that has been selected for such firing, for if everyone shoots who possesses a gun, there is no advantage in this except to waste bullets and to disclose the men’s whereabouts.

(4) Lest the aeroplane, when rising again, should detect the whereabouts of those who are dispersed, it is well to remain cautiously scattered as long as it is still fairly close. In time of war it suits the enemy to aim his guns at adorned shields, ornaments, silver and gold cloaks, silk shirts and all similar things. Whether one possesses a jacket or not, it is best to wear a narrow-sleeved shirt with faded colours. When we return, with God’s help, you can wear your gold and silver decorations then. Now it is time to go and fight We offer you all these words of advice in the hope that no great harm should befall you through lack of caution. At the same time We are glad to assure you that in time of war We are ready to shed Our blood in your midst for the sake of Ethiopia’s freedom-as indeed We have explained to you in the speech We delivered 11th Hamle (= 18th July 1935).’