After the Italians had entered Adwa by dropping bombs from aeroplanes, rather than by valiant battle, they disclosed in their daily communiques that many Ethiopian nobles had deserted the Emperor and gone over to them. This news was not the whole truth. According to the custom of our country of Ethiopia, when nobles who have been army officers or provincial governors relinquish their appointments, being no longer able to carry out the work owing to advanced age or ill-health, or when some of them are dismissed from their offices owing to some offence having been proved against them, there are many of them who remain on their inherited property engaged in agriculture or trade or being otherwise maintained. When they live in such circumstances, they do not cease to be referred to by their former rank. 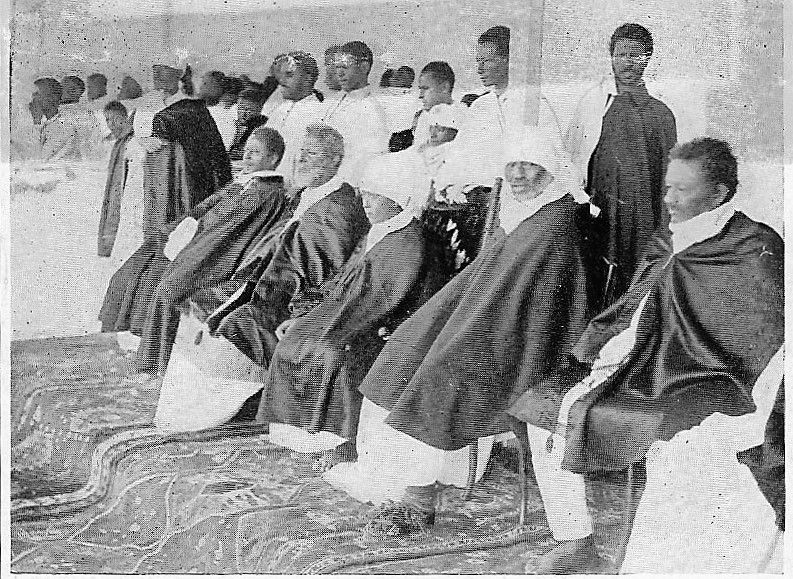 The Italians, however, induced these nobles who had retired from government service to go over to them, by force or by intimidation, and began to reveal over the radio that a certain Dejazmatch or Fitawrari or Qagnazmatch had deserted his Emperor and gone over to them: ‘The country accepts us, the people like us,’ they claimed.

But it was not possible to deny and to claim as mendacious the news of the betrayal of Dejazmatch Hayla Sellasse Gugsa, of the nobles of the Tigre.

Dejazmatch Hayla Sellasse is a son of the Tigrean Prince Ras Gugsa Araya. Being the son of a prince he had married Our daughter Zanaba Warq. But when only about a year had passed since marrying her, by misfortune both his wife and his father had died in quick succession to each other, and he had thus fallen into deep grief. But although his wife and his father had died, We had no thought of lowering him in rank and, in fact, gave him his father’s governorate of Endarta, Agame, Bora and Salawa, as well as authority over Edda-Mahone and the two Awlalo regions; We also directed that he should reside in the chief city of Maqalle. 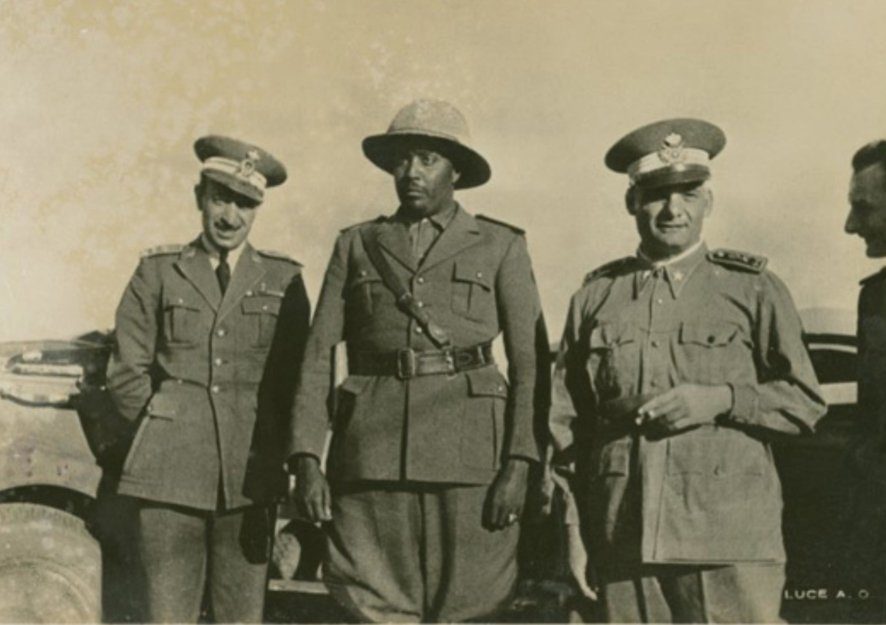 His father, Ras Gugsa, and Ras Seyum had lived in mutual envy and distrust about the headship of the Tigre; and now, since he was still young, two small districts from the extensive governorate which his father had held were added to Ras Seyum’s domain. He took this as a pretext and progressively made plain his hostility towards Ras Seyum, meaning to carry on the quarrel that had been started by his father.

The Italians had been laying it down in their preparatory planning that they might be able to take Ethiopia, without recourse to military force, by inciting the important men to mutual enmity and by inducing them to desert the Emperor. Thus when they heard about the quarrel that had started between Dejazmatch Hayla Sellasse and Ras Seyum, they began exchanging messages with the former. Some people gave Us this news, but We discounted the reports directed against him and did not suspect that a man who claimed to be a descendant of Emperor Yohannes would betray Ethiopia-whatever the circumstances, for Emperor Yohannes had been an opponent of the Italians. 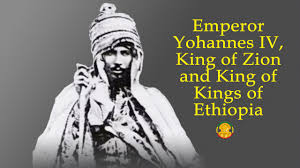 Lest this calumny that had been rumoured against him should be revealed, he used to write to Us as follows: ‘If by any chance the Italians should invade us by military force, I shall resist them to the utmost in my province of Agame-until I die.’ He sent further messages to say: ‘I have exchanged messages with the soldiers of the Hamasien and have arranged that they should desert and come over to us.’ Later he wrote: ‘Those soldiers with whom I have communicated have come over to me.’ A second piece of evidence which he offered for his loyalty was concerning his accusation against Dejazmatch Kabbada Aragaw, his father’s brother. The substance of this accusation was as follows:

‘Dejazmatch Kabbada Aragaw is not loyal to our government. The fact which proves this is his constant exchange of correspondence with the Italians. Having discovered a letter by which he entered into such communication, I have been able to lay my hands on it. Further, he sent his two sons to Asmara and arranged that they should receive their education from the Italians. Therefore, please send a plane to me, for it would be best if he were to come to Your Majesty. If not, he will cause me difficulties by making propaganda for the Italians here. The letter which I have obtained I had to purchase for money from the hands of one of his intimates.’

With the intention of ascertaining the truth of this matter, We told him to send the letter to Us; after he had done so, We had Dejazmatch Kabbada brought to Addis Ababa by plane. By his acting in this manner, it seemed to Us that all the suspicions against Dejazmatch Hayla Sellasse were untrue and We neglected the matter.

But when We were told about the Italians entering Adwa and Agame, We also heard that he had confiscated the weapons of the men from Hamasien who had come over to our side and had arrested them.

‘To Haile Sellassie I Emperor of Ethiopia. Dejazmatch Hayla Sellasse whom you trusted has betrayed his mother Ethiopia and his father the Emperor and has made it known by proclamation that he has gone over to the Italians. The army of Wag alone, fighting at Maqalle, will not be able to repulse the Italian invader who claims that he will take the whole of Ethiopia. It would, therefore, be well if troops, armed as much as possible, were to come to us.’

Many of Hayla Sellasse Gugsa’s officers left him at once, declaring: for the sake of our faith and our history we shall not fight our Emperor jointly with the Italians and deliver Ethiopia into the hands of foreigners. By their coming to Us, We were finally convinced of the truth of his treachery. A servant of his, who had deserted him and had loyally come over to Us because Dejazmatch Hayla Sellasse had betrayed his country and surrendered to the Italians, gave Us the following report:

‘When my master, Dejazmatch Hayla Sellasse, went to Asmara for medical treatment or in order to go by boat to Addis Ababa, the Italians used to tell him: “We shall wage war against Ethiopia; after destroying Ras Seyum we shall place you on your father’s throne and make you King of the whole Tigre.” They also used to show him the multitude of their cannons, their machine guns, and their aeroplanes as well as the modern make of their rifles. Thus, on one hand, they would give him hope of obtaining the whole Tigre and, on the other, would make him afraid, in view of his tender age, when he observed the mass of Italian military equipment.’

The fact which establishes the truth of this, together with what We have said above, is that, when Dejazmatch Hayla Sellasse defected and got mixed up with the Italians, General de Bono issued a proclamation in his favour, declaring: By the command of H.M. King Victor and the Duce, Monsieur Mussolini, we have assigned to you the whole of the Tigre up to the Ala water and have nominated you Ras. However, after their designs had been accomplished, they did not even give him Maqalle, his father’s seat, let alone the whole of the Tigre.

After the Italians had accomplished the desertion of Dejazmatch Hayla Sellasse, they believed that other great officers would desert and go over to them and that on these grounds the hearts of Our soldiers would be panic-stricken. But in fact there was no-one, officers or men, who was stunned or made afraid by his treachery-apart from detesting and hating him, declaring: this is the brother of Judas Iscariot!

After he had announced his desertion, Our officers were approaching Maqalle and, while his chiefs and servants were getting in touch with Our officers, they determined to try to catch him. But when he heard this, he left Maqalle, at 7 o’clock (at 1 a.m.) during the night of 30th Maskaram (= 11th October 1935), together only with up to 50 of his retainers, and joined up with the Italians having gone by way of Edaga Hamus. Those men from the Hamasien, who had deserted from the Italians and whom he had detained in prison at Maqalle, got out of prison as soon as he had escaped and joined up with Our men.

After he had made common cause with the Italians, he remained, until the end of the war, in fear of his own servants and countrymen-going about the country, at times to Maqalle, another time to Agame or Edaga Hamus, and again to Adwa, taking extreme precautions and guarding himself like a murderer, but in not a single place did he join battle with Our soldiers and fight. We do not think that foreign historians, let alone natives of Ethiopia, will ever forget the story of his treachery. It must not be thought that he who betrays his mother will benefit his nurse.