What was found there included officers’ uniforms and rifles, many machine-guns together with a great deal of ammunition as well as provisions lasting for many days. On the morrow they counted up to four hundred Italian bodies who had been killed, but as they were concerned that Italian soldiers might come back and launch an attack upon them, they left the place and returned to Shire. Ras Emru informed Us of this by telegram and We directed that it should be issued as a communique. Afterwards, however, the Italians had the road leading from Adwa to Asmara guarded very carefully, and Ras Emru’s troops had thus no opportunity of waging a major battle-apart from inflicting some damage by occasional minor incursions. 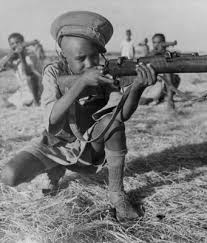 When the Italians realized the position and strength of Ras Emru, they detached a contingent from their army at Aksum and directed them to go to Salaqlaqa to build fortifications, while Ras Emru, on his part, began taking precautions by having shelters dug in which his soldiers could be protected from bombs. Later on, the Italians clashed with Ras Emru in the neighbourhood of Salaqlaqa, and throughout the entire day there raged a fierce battle.

But the Italians possessed guns that could strike from a great distance and so they fired on our soldiers from far away; on top of this they dropped bombs on them from planes and sprayed them with mustard poison, so that Ras Emru was obliged to draw back with his army.

And again on 2nd Magabit (= 11th March) the Italians followed up their attack and, after another severe battle had been fought, as usual many aeroplanes arrived wiping out the Ethiopian forces by spraying mustard and yperite poison, so that Ras Emru, being almost on his own, had to withdraw to the rear.

Furthermore, the Italians had begun to send out week by week a very large number of planes and to set on fire, with incendiary bombs, provincial towns, such as Dabat in the Semien, Gondar in Bagemeder, and Dabra Marqos in Gojjam. When the soldiers from these regions who were taking part in the war heard about this, they panicked and felt unable to stay on the battlefield, and so started to return home little by little. 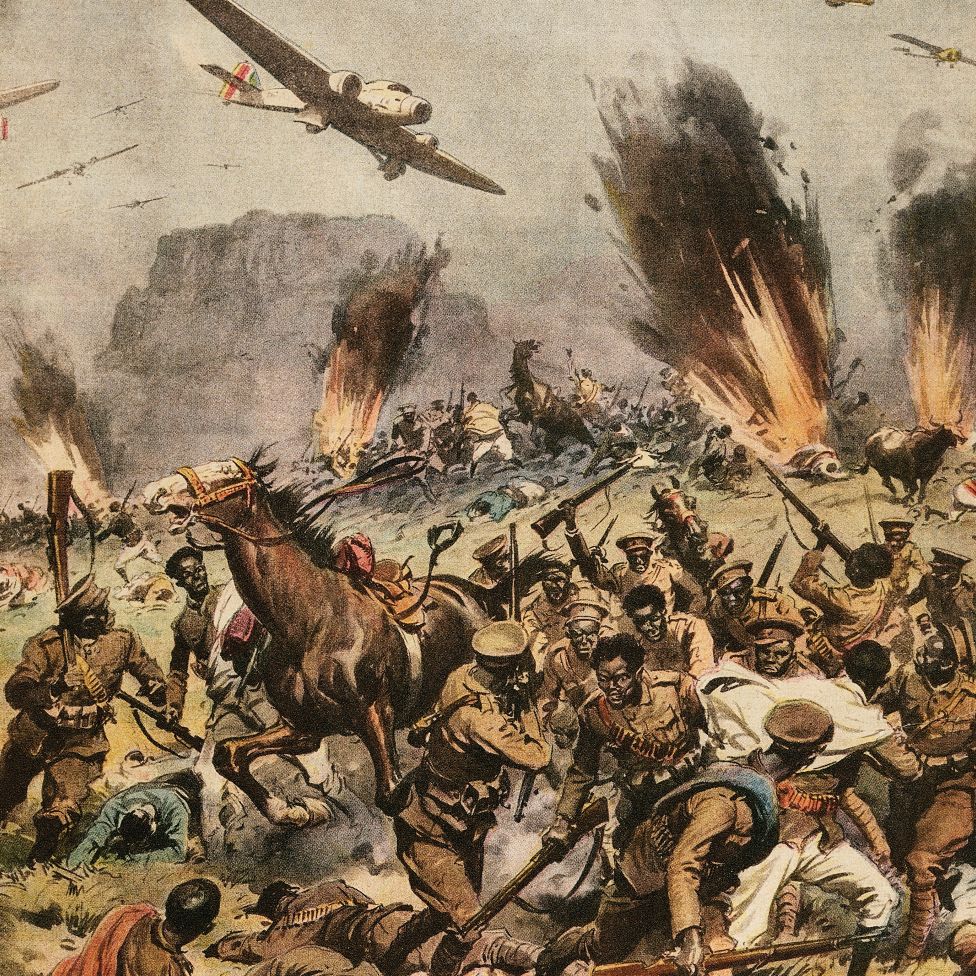 Nevertheless, Ras Emru had remained offering resistance until he had heard about the military situation on Ras Kassa’s front in Tambien, on Ras Mullugeta’s front at Amba Aradom and Alage, and on Our front at Maytchaw. But after he had heard about this, he returned to Gojjam with those of his soldiers who had survived the bombs, gas, and mustard poison. When Dejazmatch Ayalew heard of the Italians entering his governorate of Semien, he went to the city of Dabra Tabor in Bagemeder.

The Red Cross doctors, stationed on the northern front between Koram and Lake Ashange, were working with all possible care and strength. Dr. Dassios, whom the Ethiopian national Red Cross Society had sent, was never parted from Us. However, from Koram onwards as far as Maytchaw, there was no other doctor apart from Dr. Mal’aku Bayyan who travelled with Us as Our own personal physician. In the neighbourhood of Koram and Ashange the doctors whom the British Red Cross Society had sent assisted us with much care, while observing Red Cross regulations; We shall never forget this. They had set up their camp at a great distance from the army positions and had spread out very widely on the ground the Red Cross sign as well as the British flag; they had also sewn them on their tents, so that the Italian aeroplanes should see them from far away and recognize that it was a Red Cross camp. But when the Italians in their aeroplanes saw this Red Cross sign, they argued that there would be no-one to question them if they violated Red Cross Society rules and regulations; they therefore dropped bombs upon them with audacity and, breaking their entire medical equipment, made it into a heap of old iron. They made the tents look like old moth-eaten rags. The injured and the sick to whom the doctors were ministering remained buried there when the ground on which they were lying was turned upside down by the bombs. We do not suppose that there are recorded in the annals of any war waged in our contemporary civilization any similar acts of cruelty. We trust that all who read these lines will not fail to observe, when they see such lawless actions, that in Italy the work of civilization is reckoned to be worthless. We must not recoil from repeating this over and over again. 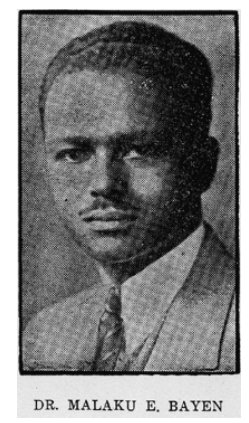 When setting fire to places where the sick and injured are lying in the hope of receiving medical treatment and of recovering there (and in addition to finishing off the injured by crushing their bones anew), the Italians have committed the following deeds of violence which are bound to humiliate and shame them exceedingly in front of all decent men.

After the Italians had obliterated with their bombs the English Red Cross mission, the doctors sought and discovered a cave in the neighbourhood of Koram which seemed to them a strong shelter which the Italians would not be able to reach; they therefore brought all the sick and wounded into that cave and made them lie down there. But the Italian aeroplanes sniffed out this cave like a hunting dog and followed along there; it became therefore impossible to bring further injured people to the cave or indeed to take out those who had entered. The wounded as well as those who carried them had the greatest difficulty in passing in and out. On these grounds the British Red Cross doctors believed that it would be preferable to transport the injured by loading them on to mules which would walk in scattered groups rather then conveying them by lorries which are very clearly visible. It was thus necessary for Dr. Melly, their leader, to go back to Addis Ababa to purchase mules and additional medical equipment. On top of this the doctors also had to take care of their own lives and those of their assistants. Hence Our people, who had hoped that the Red Cross doctors would treat them and look after them, when they saw the kind of attack that was descending upon the doctors as well as such acts of cruelty (which should never be carried out against human beings) being perpetrated against them, felt sure that it was with the devil that they were fighting. Thus their lack of hope and their despair exceeded all bounds. 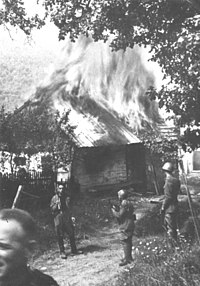