Things go well with Our armies in Shire and Tambien

It was with Ras Seyum’s troops that the Italian military forces first came into hostile contact. Ras Seyum’s soldiers were about 30,000. These were not, however, concentrated in one place only but were fighting dispersed over a number of separate positions. We had transmitted orders to Ras Seyum not to engage in face to face fighting but to remain well to the rear. The reason was to prevent any harm befalling him if he were to join battle while on his own before Ras Kassa, commander of the northern army, reached him; a second argument was to induce the Italian troops to move towards the centre and thus to afford an opportunity of surrounding them. 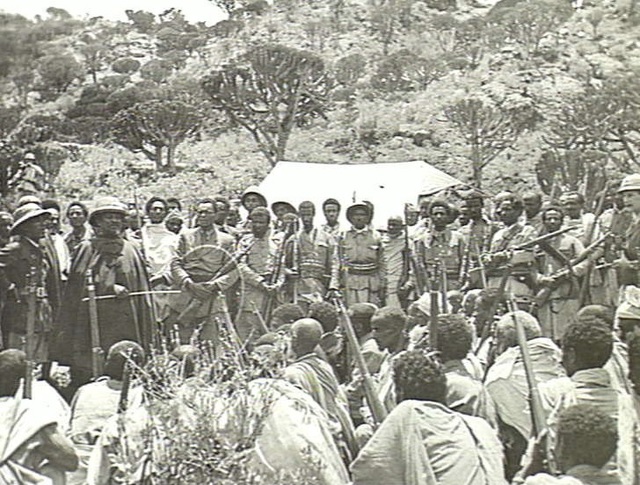 After Ras Seyum had been waiting, in accordance with the instructions he had received, for some two months, withdrawn towards the rear and in defensive positions, at the end of Hedar (= early December 1935) Ras Kassa caught up with him; and while they were waiting, Ras Seyum being stationed on the left wing, Dejatch Ayalew was at the front, and Ras Kassa in the rear, the governor of Gojjam, Ras Emru, joined them with an army of 10,000 men. It had been arranged that he should look out for any enemy forces coming from the direction of Shire. Of course, by proceeding in this manner We had not been thinking that the Italians would exterminate Our army by smoke gas and yperite poison but rather that they would join battle by frontal attacks and infantry action with machine guns and rifles. The intention was, in fact, to enable Our army which was positioned on the right and left, in front and rear, to surround the enemies and to cut them off, as soon as they entered into the centre (of the trap). We were further contemplating that the army in Ras Kassa’s sector was, perhaps, too small and vulnerable, and We therefore issued orders that, from the armies which were with Our War Minister, Ras Mullugeta, the groups under the following officers should be detached and go to Ras Kassa’s sector: Dejazmatch Mashasha Walde, Dejazmatch Mangasha Yelma, Dejazmatch Bayyana Wandemagagnahu, Fitawrari Zawdu Abba Koran. On the basis of this pre-arranged plan things had turned out favourably for Our troops in Shire and Tambien. Among these officers Dejazmatch Bayyana Wandemagagnahu, having fought with bravery, was killed. 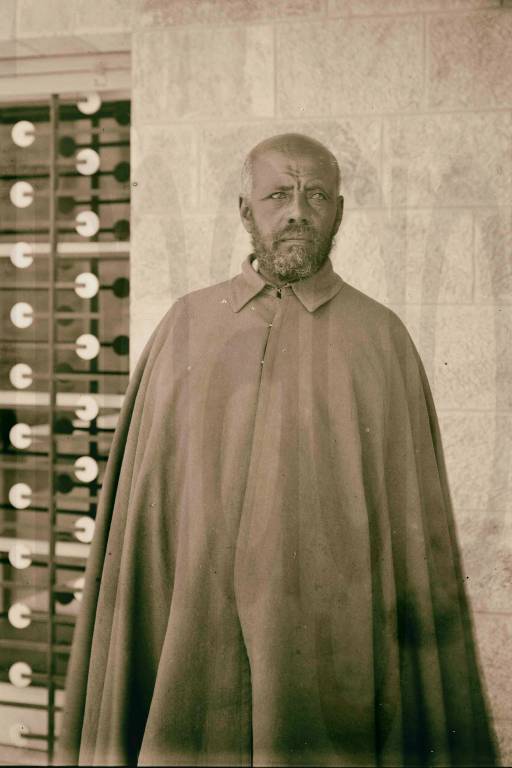 At that sector it was Eritrean soldiers who fought hard against Our army, but Italian Blackshirts were few in number.

But the Italian Blackshirts were positioned so far to the rear that there was great difficulty finding them. When they saw Our army come upon them face to face with swords drawn, they fled before all else. Thus in general they would not join battle without preparing a route of escape. 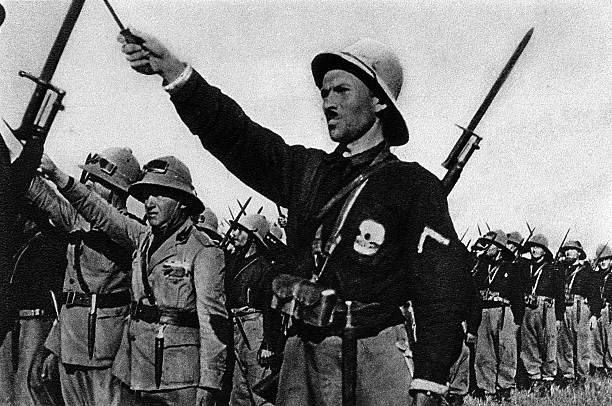 Of those of Our soldiers who were holding defensive positions in the Shire and Tambien regions there were only about 10 per cent who had Mauser rifles. But 90 per cent had rifles more than forty years old, such as facile Gras, Schneider, and similarly antiquated weapons. They did not possess more than 125 machine-guns. As to cannons, they did not have a single one, apart from that captured from the enemy. And that captured gun was not working at all, as it was found that some parts of it were missing.

The lead of the facile Gras bullet is black and soft and, therefore, when it rests against a bone, it expands and rubs against it. If it penetrates through flesh, there is a big and extensive wound where the lead emerges from the flesh. For this reason, when the Italians noticed this, they announced that we were hitting them with dumdum bullets. At Abbi Addi and on the Erba Wayne Our army, under the command of Ras Kassa, fought hard and was victorious. In the Shire area the army which had been sent under the command of Ras Emru also fought valiantly and captured more than a hundred machine-guns and a great deal of military supplies. But Our soldiers, according to their long-established custom, would throw up their rifles and, unless they engaged in a sword-battle at close quarters and face to face, they would not reckon it valorous to kill by shooting with rifles from a distance. Hence it is true that by such actions they suffered heavy casualties.

Apart from the battles at Abbi Addi and Erba Wayne, there was a large-scale engagement at Shum Awre. At the time of this battle the Italians emerged from their fortified positions and the engagement became a face to face fight. There were no planes in the air, and it was a battle of true heroism. The only difference between Our soldiers and the Italians was that Our men possessed antiquated weapons only, while the Italians had modern arms. Nevertheless, Our soldiers with their customary agility entered into the midst of the battle, leaping forward like leopards, while the Italian soldiers began to flee leaving behind their machine-guns, rifles, and ammunition as well as their telephone and radio equipment. Thus the hearts of Our troops were increasingly fortified.

To estimate the quantity of captured weapons and equipment it is sufficient to say only that it took many hundreds of soldiers four whole days to go to and fro between the arena of the battle and their encampments. After Our soldiers had brought in the arms and equipment, diarrhoea spread in their camps and caused them a good deal of harm, so that, in fact, the suspicion was aroused that perhaps the defeated and fleeing Italians might have placed some poison upon their equipment.

Although the Italians were superior to us in modern arms, Our soldiers had the advantage in terms of courage. There is therefore no doubt that the Italians suffered heavy casualties at that time.

While Our soldiers, who had won the battles in the Tambien and Shire regions, were fighting with obsolete rifles like the facile Gras, they yet managed to capture more than 300 machine-guns and many cannons and tanks.

There were very few in Our army who knew the instrument of war called ‘tank’. When they set out from Addis Ababa and We gave them written advice about the precautions against tank attacks, there were some who said ‘What is a tank?’ Subsequently, however, when they had observed, three or four times, the manner of their operation on the battlefield, they got used to them and followed the precautionary counsel; thus they suffered no damage at all from the tanks. Similarly, they would remain hidden in crevices and bushes until the tank had passed; then they would follow and, like a leopard, would leap climbing on top of it and kill the crews by shooting at the various holes. At times, on account of the heat, the Italians would step out of the tanks and sit under the trees; Our men would then emerge from their hiding places and kill the enemy soldiers and capture the tanks. On Dejatch Ayalew’s front, a man called Fitawrari Shafarra captured five tanks in a single day.

As things had gone favourably for Our army fighting in the Tambien and Shire area during Tahsas and Ter (December-January), they had been very close to forcing the Italians to abandon Aksum and Adwa and to getting to Maqalle and cutting it off. Ras Emru, in the Shire region, was watching very carefully to the east and south of Aksum. He gave his soldiers provisions, as he had been ordered to do, before the opportunity had passed; he then calmed their hearts and began the battle. The Italian army on his front was estimated to number some 25,000. On 11th Yakatit (= 19th February 1936) he detached a part of his army and despatched it towards the Marab. When they reached the meeting point of the Asmara and Adwa roads, the Italians who were in the fortress of Rama shone a light on them. They at once began shooting, killing five men and wounding a few. The Italians, however, announced that they had killed 45 and wounded more than a hundred.

But Ras Emru’s soldiers approached with a mixture of caution and daring and launched an attack upon the enemy; the Italians at Rama, apart only from those killed and injured, fled in haste and escaped.