Our army, which had advised that we should fight at Koram and had taken an oath to this effect, was beginning to disperse claiming they had been told to go on the road to Lasta; they proceeded on their march with mutual recriminations.

The chiefs who had remained with Us observed the condition of the army and remarked to Us that it would be better to retreat to the area behind us and to fight in Lasta or Yajju. However, as We were convinced that it was not a useful enterprise to do things on Our own without an army, We departed from Edda Agafari on Sunday, 27th Magabit (= 5th April 1936), at 12 o’clock (= 6 p.m.), marched through that night and then rested at Lat Giyorgis at a cave called Gureza. 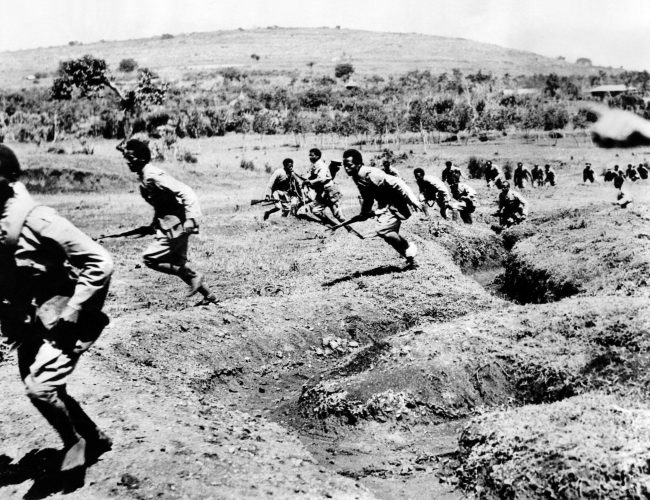 On Saturday, 3rd Miyazya (= 11th April), We crossed the Takazze, and when we had arrived at Telasfarre Sellasse We spent the night at church to celebrate the festival of the Resurrection (Easter).

On Sunday, 4th Miyazya (= 12th April), We spent the day at Telasfarre Sellasse on account of the Easter festival and also remained there overnight. As prior to this day the army, which was on the move, had marched onwards, a journey of three or four days, We transmitted the following order with the intention that no harm should befall either those who had gone ahead or those who had remained behind: 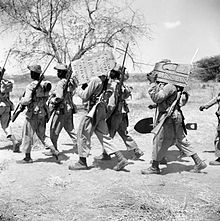 ‘May it reach you officers and troops who have advanced ahead: the fact that you have gone ahead and got separated from Us has caused harm and, therefore, as soon as this message reaches you, you are to stop and wait at the various places at which you are encamped. If, however, you proceed further after this order has reached you, you will be in the position of enemies towards me and my government.’

After this message had been received, Ras Getatchaw and Ligaba Tassaw stopped and waited in a district called Gemwasha, but other chiefs and troops, having gone ahead, lost many men when the country people attacked them.

On this day, at four o’clock in the evening (= 10 p.m.), We reached Lalibala and stayed the night in the house of H.H. Ras Kassa. At ten o’clock during the night (= 4 a.m.) We went to Beta Maryam Church and had mass celebrated there.

On Tuesday, 6th Miyazya (= 14th April), We toured and visited all the churches of holy Lalibala. On this day the American missionaries who were at Lalibala received Us and offered Us hospitality. Subsequently We went out to visit Ashatan Maryam; later We returned and again spent the night in Ras Kassa’s house. 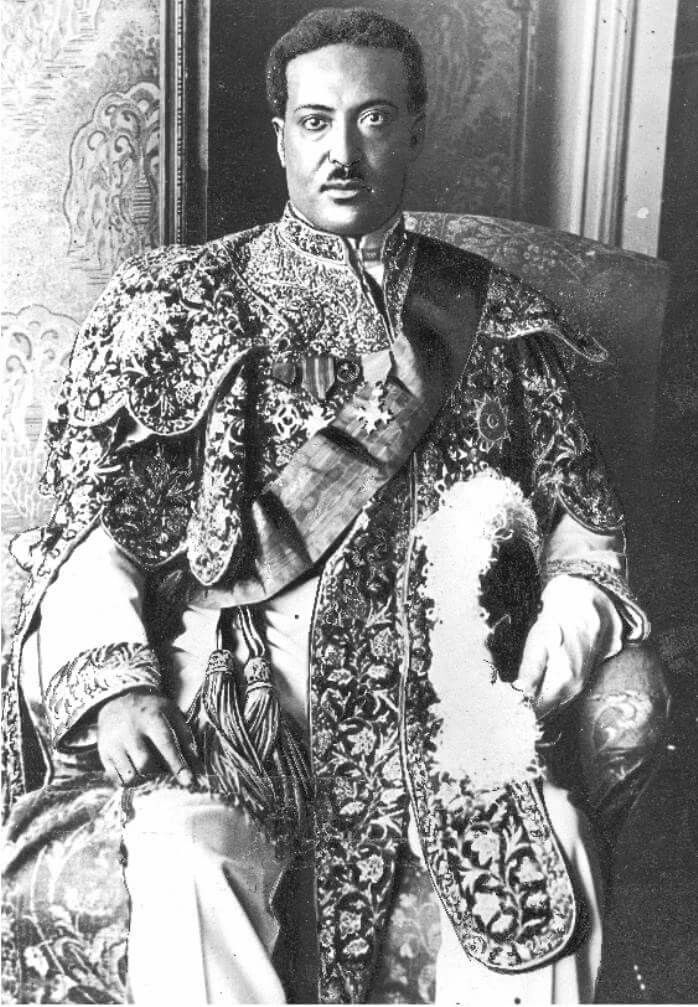 On 7th Miyazya (= 15th April), at eight o’clock at night (= 2 a.m.), We departed and began Our march; in the morning We paid homage from afar to the Church of Holy Na’akweto La’ab and then passed on to Gannata Maryam. When We arrived there, the priests of Gannata Maryam said the msebho prayer (the Magnificat) and received Us with songs. Subsequently We returned to Telasfarre, and arriving there at six o’clock (= noon) We spent the night there.

As We had previously heard of some clashes occurring between the army on the march and the country people, We issued the following proclamation, so that troops as well as peasants should stop the quarrel amongst themselves and concentrate only on resisting the enemy.

‘The Lion of Judah has prevailed.
Haile Sellassie I
Elect of God
King of Kings of Ethiopia.

Men of my country of Ethiopia: While We are stationed at one place only, together with Our army, our enemy has come upon us not only on one side but distributed over some eight directions, the fighting and mutual enmity between peasants and soldiers has become a source of great harm to Our country and to Our people. As Our attacker has been striving to destroy Ethiopia’s independence, setting fire to churches, uprooting inherited land, and debasing our religion, We have sent an army to Tambien and Maqalle, and We Ourselves have been toiling, entering into the slaughter to the extent that God has enabled Us. But because it is only by fighting for many days that we shall be able to repulse our enemy’s might and because We have become convinced that by staying in one place for a long time soldiers and peasants get into mutually hostile positions and fights, on account of looting, which are injurious to Our people, We are now marching towards Shoa to wage the great battle in a province in which there are ample supplies. 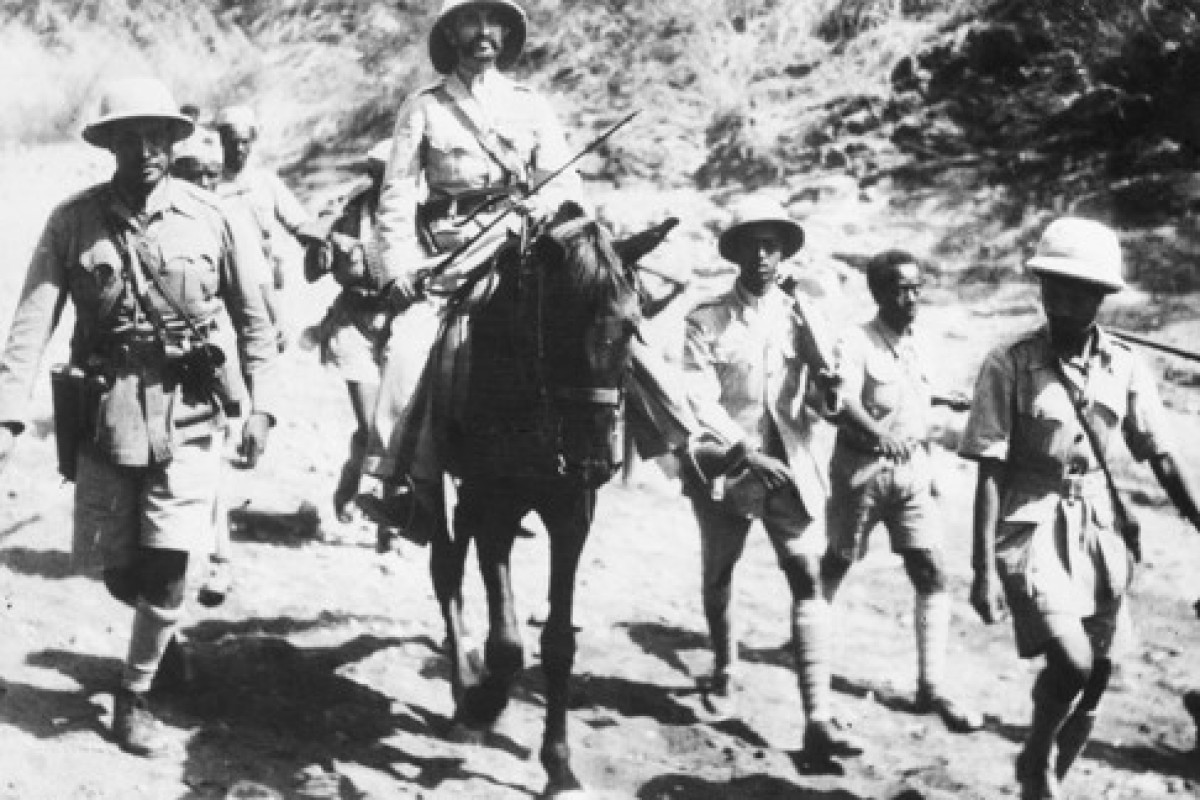 Do not believe it to be the truth when the enemy who has now invaded us distributes to you some pamphlets making his message appear agreeable. You have heard with your own ear and seen with your own eye the violence and iniquity he is now committing even upon our churches, priests, monks, and women. As he has come against us determined to extinguish our descendants and to pass our inheritance to his son, it is well known how even a thorn, let alone a human being endowed with intelligence, can cause trouble by hurting him who stumbles upon it at its habitat. So when he enters your land, attack him who camps or marches upon it with all the means at your command; go about your land and fight wherever you are, lest your country and your land be violated. But if it causes you difficulty to work while remaining on your land, then come to where We are and We shall give you your livelihood for yourself and your dependants; so fight in company with Us for your country, your inherited land, and for your religion. Since our enemy has risen up to extinguish Ethiopia’s future generation, whether rich or poor, he assembles the people, in whichever district he enters, only to exterminate them with machine-guns; you will be convinced of this if you ask what happened in Tambien and Adwa. Even the gentry who submitted to his command he arrested and carried away, without any wrongdoing whatever being found against them. Therefore, whether you fight or do not fight, death is bound to come to you. That I tell you this is not to my advantage or to deceive you; it is in fact for your own benefit. As I know for sure that afterwards there will catch up with you contrition that cannot be forgotten and loss that cannot be made good, believe what I tell you without doubting it, for I have made God the witness that I make known to you that which I know myself.

Subsequently We transmitted the following written orders, in particular to the army marching with Us:

‘As it is necessary to observe caution on the journey henceforth, I shall appoint an officer for you who have none, so march without getting separated from him; you who have an officer, see that you are not separated from him during the march. On the march, two-thirds should join the escorts; one-third to join the camp followers. When you are on the march, keep your baggage in the centre; you are to march without leaving your path, taking great care and being in front and at the rear, left and right. If you remain behind the rearguard or if you pass ahead of the Fitawrari, you will be punished. If you are the commander of a marching column, obtain your papers in turn and proceed observing the order you have been assigned, without advancing ahead or straying behind. Ammunition is for you to fight with and is not for you to use for marketing; hence do not sell it.

Since Our army had turned back in disarray, it was clearly a useless matter for Us alone to carry on the work together with a few of Our men. The plan which We had conceived, i.e. of going ahead to Yajju, taking up position there and to fight, had remained unfulfilled. Similarly, all the places which We had intended to be used for fighting had been occupied by the enemy who had got there first, and therefore We had to march being conducted along directions and routes which We had not intended to take. In the districts which We had to traverse We certainly encountered things which were troublesome for Our convoy.