The plan upon which We were resolved when We departed from Addis Ababa had been for Us to go to Geneva and to draw the attention of the League of Nations, with Our own voice, to the affliction and suffering brought upon us by the Italian aggres­sor as well as to seek justice. But We were conscious of the need, first of all, to prepare for the Empress and Our family, and for the many army commanders who had come out into exile with Us, a place at which they could stay, and We therefore decided to go to Jerusalem.

Hence, on Miyazya 25th (= 3rd May) the British warship ‘Enterprise’ arrived at Jibuti, and the Captain informed Us that We should prepare for embarkation.

The reason why this warship had reached Jibuti so quickly was this: when we were fighting with the Italians at Maytchaw, they had destroyed, by aerial bombardment, Our radio and telephone communications with Addis Ababa; Our ministers were, therefore, unable to get in touch with Us for about a month, and as news from Us was cut off and they were in difficulty over it, they contemplated sending the Empress and Our family to Jerusalem, while they themselves would go to western Ethiopia and set up the government at Gore. They held conversations with the British Minister at Addis Ababa with a view to the British Government sending a warship for the Empress, and the British Government had already notified its willingness to do so. Some people, however, had gone so far as to spread it about that the reason why We were travelling on a British warship and had decided to come to Europe was that a friendly government had intervened in the matter and had proffered advice to this effect. This is a fairy-tale which is totally false, and there is no truth in it whatever. The main reason is simply as We have expounded it above. Also, since We were going to Jerusalem, in a British mandated territory, no-one can fail to see the propriety of travelling in a British warship. Those people who have expressed this idea may not be cognizant of the nature of British hospitality.

On the morrow, Monday 26th Miyazya 1928 (= 4th May 1936), at approximately 10 o’clock (= 4 p.m.) in the afternoon, We boarded the warship. Just before the ship was about to sail, the army commanders who had continued resisting on the Ogaden front, i.e. Dejazmatch Nasibu Zamanel, Dejazmatch Habta Mika’el Yenadu, Dejazmatch Amde Habta Sellasse, Dejazmatch Ababa Damtaw, and Dejazmatch Makonnen Endalkatchaw, came to Us to convey a report on what they had done in the past and to receive orders on what they were to do in future. After submitting their report and receiving instructions for future action, they took their leave with great sorrow. Later, however, with the exception only of Dejazmatch Habta Mika’el Yenadu, they were to come on another boat.

As the ship set out on her voyage, the Government of the colony of French Somaliland offered Us a farewell salute by firing guns and by having aircraft fly close to the ship in which We were sailing. Our heart was touched with joy at this gesture.

Another five British warships (torpedo-boats) followed at a distance the warship in which We were travelling.

When We reached Port Said, after passing through the Suez Canal, Our consul at Port Said and some other Ethiopians were in a boat with our greatly honoured tricolour flag; as they rowed their boat close to the ship, We saw them wipe off their tears with their handkerchiefs, and thus that great grief of Ours was re­awakened and We were deeply moved. Moreover, the ship was not stopping there, and there was thus much sadness in all our hearts at our passing by without being able to meet each other. On the fifth day We reached the port of Haifa, and our ship anchored there. Other British warships were positioned in formation there to await Our arrival.

At a small distance from the ship in which We were, there was an Italian boat at anchor, called the ‘Carnero’ and bedecked with flags. There was no doubt that they had done this with malice, thinking that We would be sad at seeing an Italian vessel now at Our arrival as an exile from Our own country.

As We disembarked, the musical band of the ‘Enterprise’ sounded the Ethiopian national anthem. Stepping on to the shore, We passed along the mustered ranks of the soldiers giving Us a respectful welcome; and here likewise they played the Ethiopian national anthem. Even the Jews and Arabs who had been quarrelling amongst themselves forgot their dispute and, standing together, watched Us with pleasure and respect.

Thence We set out for Jerusalem and when We reached the railway station there, the British Government authorities received Us with honour. First of all We went to Golgotha, and after We had paid homage at the Tomb of our Lord, We went to the King David Hotel.

On the following day We went out to Our monastery called Dabra Gannat. At Jerusalem there is an extensive monastery which has been firmly established for a long time, and there live in it, entering into holy asylum, monks and nuns who have come from Ethiopia having renounced the world. 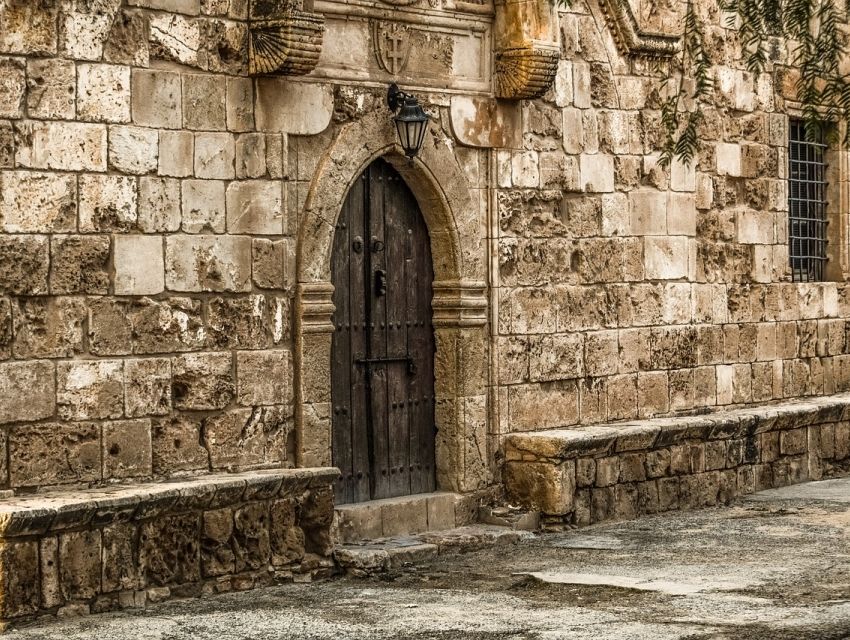 Their joy is great, for they live in this monastery conversing in Amharic and celebrating Mass in Ge’ez.

But now when they heard of the entry into Addis Ababa, Our capital city, of our aggressive enemy, and when they saw Our arrival in a foreign country as an exile from Our own, and in particular when We told them that in the Italian war many churches and many books had been burnt and that many monks and priests, women and children as well as the aged had perished through poison gas and bombs, they began bursting into tears. 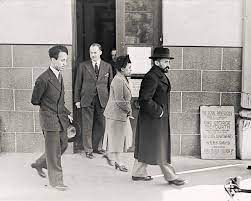 Later on, in accordance with the plans which We had made when departing from Addis Ababa, We transmitted to the League of Nations at Geneva the following message, in order to explain the reason why We had come here as an exile from Our country.

To the Secretary General of the League of Nations at Geneva.

We would request you to make known, on Our behalf, the following to member governments:

In leaving for abroad to stop the total extermination of the Ethiopian people, We are resolved to devote Ourselves in peace and in liberty to halting a war of aggression such as has never been seen or heard of in modern times, that is without parallel and is outside the character and nature of man. We also wish to bring about protection from Italian evil deeds and the honouring of international obligations as a basis of Ethiopia’s ancient independence and, indeed, the peace of the nations of the world.

From the beginning We have done everything possible to prevent peace being disturbed. We faithfully defended our country until Italy began to strike with poison gas like rain and until it became obvious that our resistance could not be continued, for if we did [not] resist the result would only be the extermination of the Ethiopian people.

And now We request that the League of Nations should not cease the strenuous efforts to have the covenant honoured and that it should not recognize claims of sovereignty or of territorial expansion through improper military force in breach of treaty obligations.