A US court is set to hear a lawsuit against the German government over demands for reparations for a colonial-era genocide in former German South West Africa. Pressure on Berlin is growing, reports Daniel Pelz.

Suing the German government can be quite difficult. That’s what Herero and Nama representatives have learned since they lodged their lawsuit against the German government a little over a year ago, demanding reparations and aninclusion into ongoing negotiations between Germany and Namibia over recognition of the colonial-era genocide. South West Africa was officially renamed Namibia by the UN General Assembly in 1968. Namibia became independent in 1990.

Then, in November, the US embassy served Germany’s foreign ministry with the court papers – but Berlin’s top diplomats sent them back six days later. “The service violates the sovereign immunity of the Federal Republic of Germany, and thus will be rejected,” they told their US counterparts in an accompanying diplomatic note seen by DW.

This was followed by a flurry of action. Through a lawyer in the US, the German government applied to the New York’s Southern District court for the suit to be thrown out. But Judge Laura Swain dismissed the application on technical grounds. Now Germany has until February 9th to file a new one.

For the plaintiffs’ lawyer, that comes close to a victory. “Even though the German government attempted to reject diplomatic service, they now acknowledged that they must respond to the complaint, so I am quite confident that they will send a legal representative to the court on January 25th,” the Hereros’ lawyer, Kenneth McCallion, told DW from New York. Diplomatic sources in Berlin, on the other hand, told DW that the suit violated the principle of state immunity. The German government had informed the court in New York about its position, the sources said. 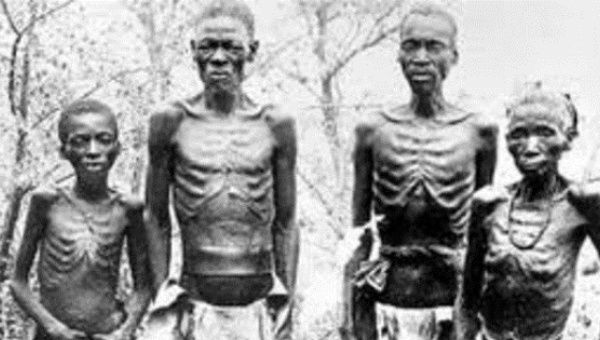 But even if the German government continues to stick to its line or if the Hereros do not get the verdict they are hoping for, the lawsuit has already had some effects.

The court case – and the failure of the German goverment toofficially apologize for the killings of tens of thousands of Herero and Nama men, women and children by imperial troops in the then colony of German South West Africa in the early 1900s – has led to widespread criticism of Berlin’s approach to the matter.

“Many Namibians have quite a derogatory view of the German government,” German-Namibian expert Henning Melber told DW. “The German government has not done itself a favor by practising delaying tactics.” More than two years ofclosed-door diplomatic negotiations between both sides have so far failed to yield any results. Both sides remain tight-lipped about the progress of negotiations and have refused to give any details about why the talks have not come to any conclusion.

Pressure on the German government is also growing from within. “I find it embarassing that the German govenment is still not able to apologize to Namibia for the genocide against the Hereros and Namas,” the parliamentary floor leader of the opposition Green Party, Anton Hofreiter, told German broadcaster ZDF.

Germany’s special representative Ruprecht Polenz, who has been leading the negotiations since November 2015, refutes criticism of the German approach. “We have reached agreements and rapprochements on different points of discussions,” he told DW. “We now have to work on the details.”

Polenz said the German side had proposed a so-called “particularly affected communities trust pact.” “The idea is to run projects particularly in the Herero and Nama territorities in four different areas: vocational training, electricity supply, affordable accomodation and land reform,” he said.

Polenz, however, denied that the proposed fund marked a shift in German policy. “The Namibian government had always emphasized that Namibia is one country. We’ve always said that we respect that, but that the additional assistance should be focused primarily on the historically affected communities,” he said.. “When we agree on projects, we will try to make sure that they are mainly directed towards the areas of the Hereros and Namas.”

Still, the proposed fund could be a sign that Berlin and Windhoek are slowly feeling the heat and are inching towards compromise. Germany had long ruled out paying reparations to Hereros and Namas living today when the negotiations began, pointing to “generous” amounts of development assistance paid to Namibia since independence in 1990. However, a number of Herero leaders, including the current plaintiff Vekuii Rukoro, insist on reparations for the affected communities, with some also touting the idea of a fund. 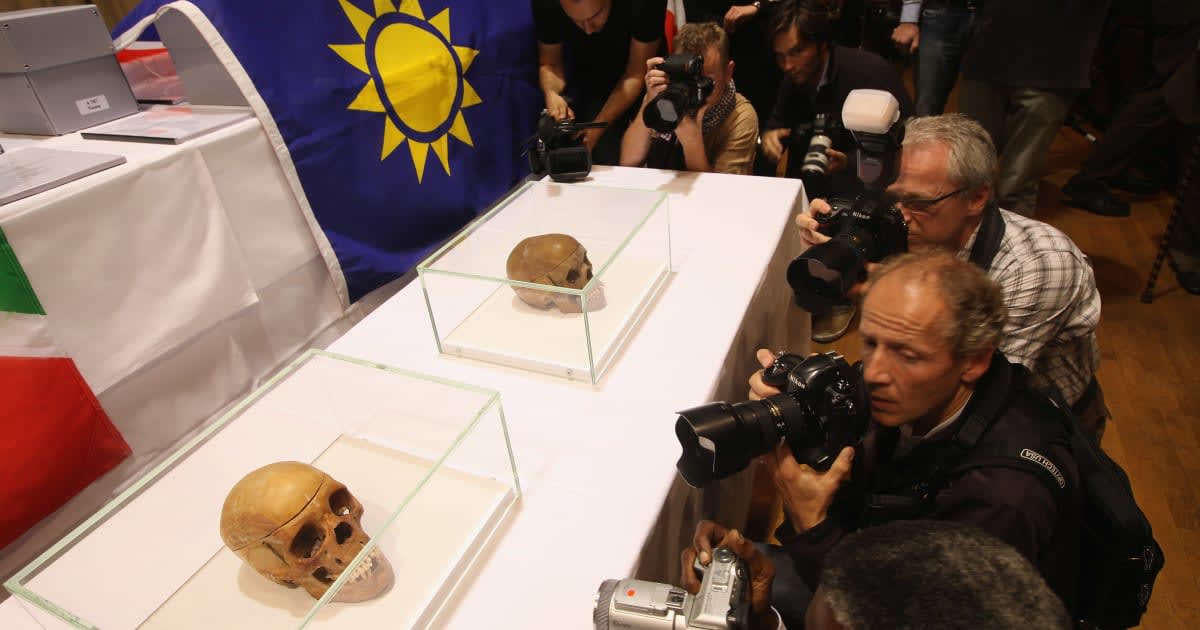 A face-saving mechanism for Germany?

The proposed fund would, therefore, provide a face-saving mechanism for the German government, which could assist the affected communities and which might, in turn, ease their public pressure on Germany or even persuade them to stop their lawsuit. At the same time, the government could publicly stick to its official line that it did not pay reparations – an impression that the government is desperate to maintain to avoid demands for reparations from citizens of other former colonies.

It is currently unclear whether Herero and Nama leaders will approve the idea. It also remains to be seen if the fund will contain enough money to make a meaningful difference. There is also still no word from either side about when the negotiations might be concluded.

But an official German apology will still take time, even if the negotiating teams do reach an agreement any time soon. At the moment, Germany only has a caretaker government in place and it could still take months before a new government is up and running.