The Ivine Order of the Nyahbinghi Theocracy Reign on Tuesday  5th November delivered a letter of introduction to Prime Minister Mia Mottley’s office, and the same document to the Attorney General’s office the following day. The communication to the Prime Minister and Attorney General, expresses the position of The Ivine Order of the Nyahbinghi, as it relates to cannabis for sacramental use by Rastafari, the recently passed Medicinal Cannabis Industry Bill 2019, and the indigenous traditional use of the plant by adults.

With the announcement by the Attorney General that a bill is being drafted to facilitate the legalizing of cannabis for sacramental use by Rastafari, priest and priestess of the Ivine Order of the Nyahbinghi Theocracy Reign, who are of the opinion that they should be consulted and included in such considerations and developments.

This document is intended for public viewing for total national transparency on the position of the Order of the Nyahbinghi Theocracy Reign as it pertains to I’n’I sacred plant and our human rights. I‘n’I assert and give notice of our rights under S.77 of the Copy Rights, Designs, and Patents Act.1988 to be identified as the author of the foregoing article. – Order of the Nyahbinghi Theocracy Reign

The Ivine (Devine) Order of the Nyahbinghi Theocracy Reign greets you today on this historical 50th Anniversary of Ras-Tafari presence on the land Barbados. This time period coincides with the 21st anniversary of hosting Their Imperial Highnesses Prince Ermias and Prince Bekere of Ethiopia in Barbados. We do greet you with pleasantry and thanksgiving.

To the Most High and Mighty King of Kings Haile Selassie 1; and by the Grace of God, King of Ethiopia. Defenders of the Faith and interpreters of the Bible wish grace, mercy and peace through our Lord.

Great and manifold are thy blessings, most dread Sovereign, which Almighty God, the Father of all mercies, bestowed upon us the people of Africa, when first he sent Your Majesty’s Royal Person to rule and reign over us. For whereas it was the expectation of many who wished not well upon our Sion, that upon the setting of that bright Occidental Star, Emperor Haile Selassie of most joyous memory, some thick and palpable clouds of darkness would so have overshadowed this Land. That men should have been in doubt which way they are to walk, and that it should hardly be known who is to direct and unite the millions of Africans taken away into slavery and scattered in the four corners of the earth. The appearance of Your majesty as the ‘Sun’ in her strength, instantly dispelled those supposed and surmised most, and gave unto all that were well affected exceeding cause of comfort, especially when we behold the Theocracy Reign established in Your Highness, and your hopeful Seed, by an undoubted Title ‘Lion of Judah’, and this also accompanied with peace and tranquility at home and abroad. 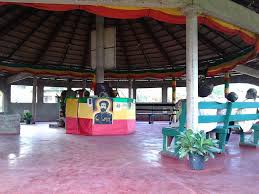 Words of Emperor Haile Selassie I:

“Colonialism and the policy of racism impose soul searching questions of human rights, weighing equally on the conscience of all men and nations of good-will. History amply shows that the freedom enjoyed by the many becomes fragile when the denial, even to the few, of basic human rights is tolerated.

Our efforts as free men must be to establish new relationships, devoid of any resentment and hostility, restored to our belief and faith in ourselves as individuals, dealing on a basis of equality with other equally free people.

We believe in cooperation and collaboration to promote the cause of international security, the equality of man and the welfare of mankind.

We believe in the peaceful settlement of all disputes without resorting to force.

All well-ordered and modern states can only base themselves upon Courts of Justice and Conduct of Laws which are just, correct and geared towards the protection of the rights of individuals.

Justice is a product of education.” Emperor Haile Selassie I

The Ivine Order of the Nyhabinghi Theocracy Reign is claiming its human and constitutional right to use cannabis within their spiritual observances for sacramental purposes and as such is informing you of our intent and rationale for impending actions.

Introduction to the Ivine Order of the Nyahbinghi Theocracy Reign

The ‘Nyahbinghi’ stands as the predominant orthodoxy of Ras Tafari patriarchy in Barbados. Its origins are rooted in the history of the great warrior Queen Nyahbinghi who hailed from the Great Eastern Rift Valley of Central East Africa -bordering South Western Uganda, Northern Rwanda and Eastern Congo (RDC), an area known as the Kigezi. Nyahbinghi orthodoxy combines tenets from both the Bantu and Nilotic civilization. Supporting information recounts Nyahbinghi’s arrival from the Congo into the Kigezi Kingdoms as a descendant from the Royal Family in Ndorwa (1609-1672), North-East Rwanda. It is clear therefore that our Sovereign culture carries: (1) pre-colonial history; (2) colonial invasion 1909-1914; (3) WW1 years 1914-1919; (4) undermining 1920s – 1930) and (5) Jamaica/Caribbean restoration in formation of the People Ras Tafari movement (1930s onwards).

Anthropogenic study shows the monophysite roots of Nyahbinghi to be directly related to the oldest of Christian Churches the Oriental Orthodox, specifically the Coptic and Ethiopian Orthodox faiths. This accounts for the people of Ras Tafari veneration of the Ethiopian Monarch, His Imperial Majesty Haile Selassie 1 proceeding his Coronation 1930 November 2nd (Rev. 5.5 and 19.16). 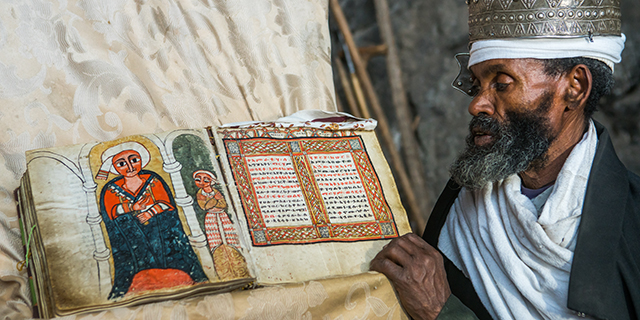 Incient (Ancient) Elder BONGO TIME of Jamaica expresses our cultural definition accordingly; “And herein, the Order of the Nyahbinghi is the Ivine Priestly Order. It was originated by and originally used by Melchisedek the High Priest and King of Righteousness. It is resurgent in these ages by the Rastafari brethren and sistren who are the blessed children of the King of Righteousness. 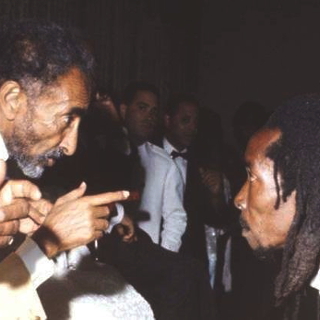 “The theological roots of Rastafari can be traced to the independent preachers Leonard Percival Howell, Robert Hinds, Archibald Dunkley and Joseph Nathaniel Hibbert, whom, in the early thirties, were the first to establish the claim that Ras Tafari Makonnen, the newly crowned Emperor of Ethiopia who took the name of Haile Selassie I, was God. These four men preached, among other things, the divinity of Haile Selassie I, Black pride, Black freedom and the return of the Black Diaspora to Africa. Like most of the first preachers inspired by Ethiopianism and Pan-Africanism, these Rasta pioneers felt more comfortable talking with the mass of the people in the streets than making ceremonious speeches shut away in their Church. Nonetheless, they all had their own congregation over which they reigned with a charismatic authority. However, among these early Rastas, Howell was by far the one who played a critical role in the development of the Rastafari religion with his Pinnacle community.” Rastafari: Alternative Religion and Resistance against “White” Christianity, Jérémie Kroubo Dagnini

In 1933 Leonard P Howell made the first public announcement that, “The Lion of Judah has broken the chain and we the black race are now free, King George the fifth is no more our king”. He was arrested and jailed for sedition. That period ushered in what was the birth of the Rastafari movement as we know it today, following the coronation of Emperor Haile Selassie on the second of November 1930. 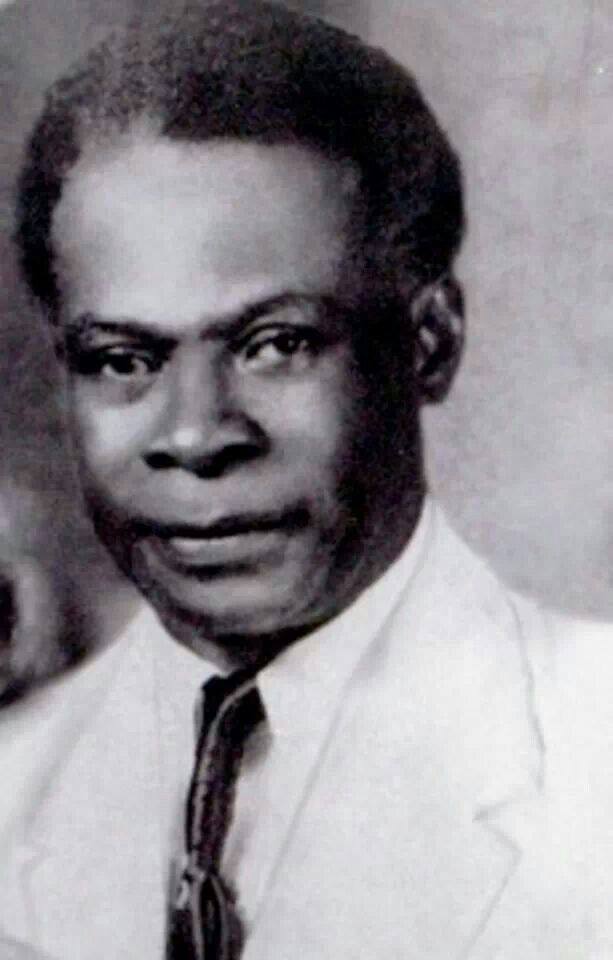 Wherein after deep meditation and collective reasoning’s (discussions) within the Nyahbinghi Churchical Order, on the proposed Medicinal Cannabis Bill 2019 it is the position of this church that: 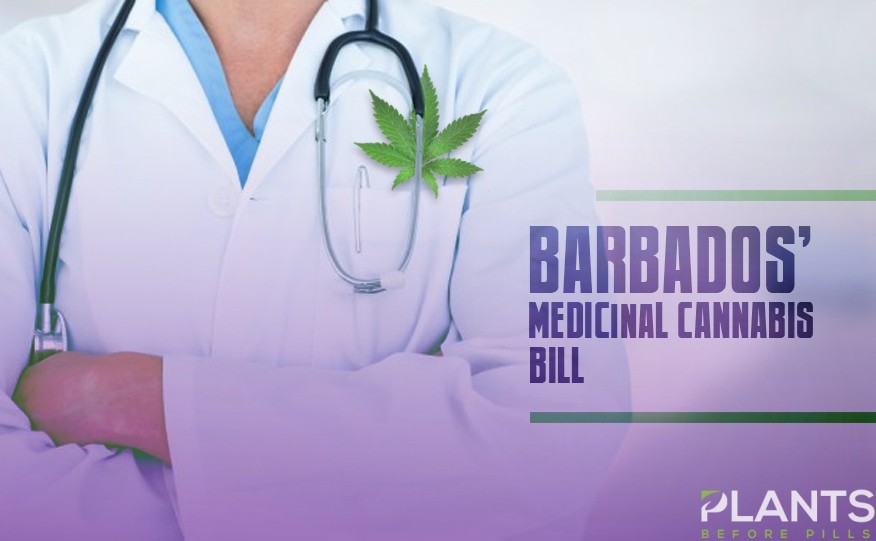 As stated in our introduction to the Ivine Order of the Nyahbinghi, the use of cannabis in its groundations (spiritual gatherings) is fundamental. It is the fuel of the internal fire that blazes in each and every Nyahbinghi brother and sister. Recognizing the validity of Rastafari, The Catholic Commission states: Rastafari morality does not differ substantially from traditional Christ teachings of love for your creator and neighbours. However, a moral life must conform to the laws of nature naturally. The use of Cannabis is a secondary form of natural living and is important to both their life and religious practices. It’s various uses and qualities are indicated by the variety of names it has: “Wisdom weed”, “the healing of the nation”, “holy herb”, “the chalice”, “the cup”, “incense”. For those Rastafari who use Cannabis, it is liken unto a sacrament, compatible to the chalice or communion cup in Christian worship. Genesis 1, 29-30; Ps.18, 8-9; Ps.104, 14; Prov. 15.17; Ez.34, 29; Mat.12, 18-20; Mark 6:13; Heb.6,7; Rev.8, 34; and Rev.22,2 speaks to ritual and spiritual usage of plants.

Following, the World Conference of Churches 1994 statement which, “ Urged Governments of the regions to give equality of opportunity and official representation to Cultures and Traditions, and to repeal any legislation which inhibits their practice, and recognizing in view of our finding that terminologies have been a hindrance to dialogue, that language and concepts be revised and fashioned to reflect the inter-faith realities”.

The use of herbs inclusive of the cannabis plant is scribed in the holiest of Christian text, the Bible.  With the overstanding (understanding) that sacramental use of cannabis is separate from the medicinal cannabis bill discussed above, it must be noted internationally and even here in Barbados many Christians are coming to a position that defends the use of cannabis, arguing that scripture supports its use.

When it is considered that cannabis has been around and utilized for thousands of years, it makes sense that those who wrote the Bible would be well aware of the plant and its effects. So when it is seen frequently by the use of the word hemp across the Bible, it makes perfect sense why so many would come to the conclusion that cannabis was condoned and created by God himself. Also, plants and their cultivation for human use is specifically referenced in all of the following passages: Genesis (1:12, 29-31), Ezekiel (34:29) and Revelation (22:1-2).  The apostle Mark wrote in Mark 6:13, to be rubbed with the Holy Plant was to “receive divine knowledge.”