I came across this article on social media and thought it interesting enough to re-publish. The article was published in the New York Times in 1971. How much have we evolved?

BRIDGETOWN, Barbados — “It’s hard to import revolution into our island,” Maj. Ronald Stoute, the ex‐police chief of Barbados, was saying. “Stokely Carmichael flew in a few months ago. You want to know what happened? We gave him a rum and ginger, showed him our lovely beaches and shot him out in the morning. 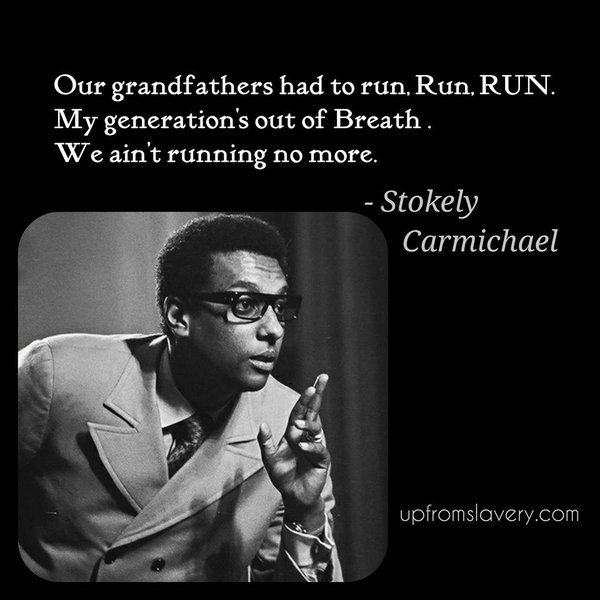 “Nobody objected. That’s how Barbadians, black and white, feel about ‘black power.’ “

“Many Americans think that the Caribbean islands are all of a piece and what happens on one island quickly affects the others,” Stoute continued. “It just isn’t so. Last year Trinidad had a wild street brawl, a mutiny, and state of emergency; Grenada generated a nurses’s sit‐in, and the St. Lucians began planning to take over the banks. But Barbados hardly noticed.”

Indeed black power — an American phenomenon which may have made points with some dissidents in a few Caribislands—has had rough going in Barbados, which helped inspire Hollywood’s (and Belafonte’s) sleepy “Island in the Sun.” Aruba, Guadaloupe, Martinique and St. Martin have also escaped unpleasantness. The reason in the case of Barbados is not entirely a super vigilant (perhaps even repressive to some observers) police force, but the nature of the island and its 250,000 inhabitants.

Look at a map of the West Indies— that skeletal chain of islands stretching from Florida to South America. Near the bottom sits Barbados like a flat tiny inverted ice‐cream cone, its coral beaches washed by both the Caribbean Sea and the Atlantic Ocean, but farther east in the Atlantic than any other island in the Lesser Antilles. Though Columbus on hit historic discovery voyage to the New World managed to touch most of the West Indian islands, he missed Barbados. He was not alone. There is the oft‐told story of a Captain Walters who set sail for Barbados one day from nearby St. Lucia. After weeks of sailing he sighted a ship and asked the captain where he was. “In the English Channel,” was the laconic reply. 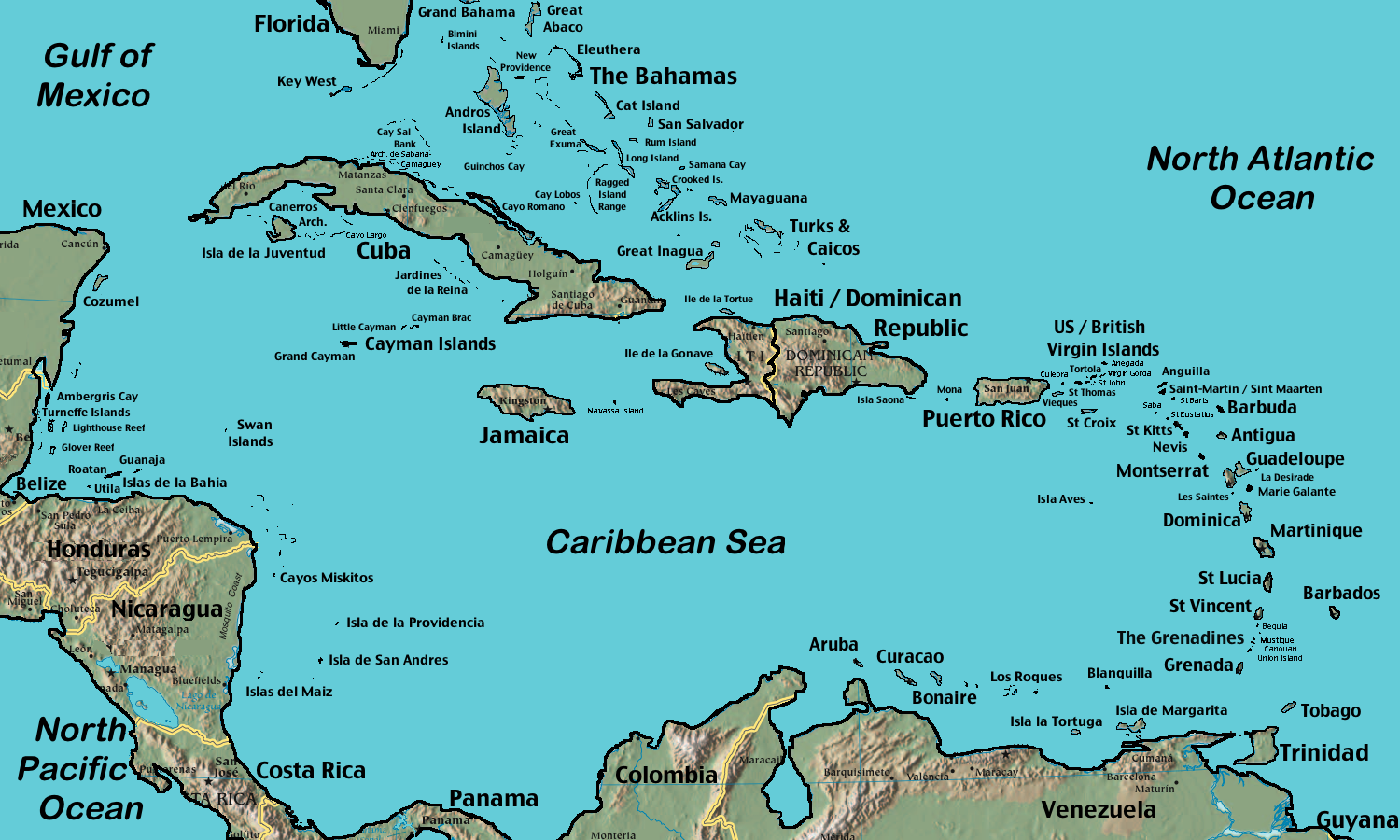 The island’s heliocentric isolation resulting in smug insularity, according to some critics—and its 300‐year colonial dependence on Great Britain have contributed strongly to the island’s peculiarly individual character. Barbados is more implacably English than Jamaica; indeed it has been described as the Black Britain of the Caribbean — not contemporary Britain, declining in imperialism and regard for royalty, but turn‐of‐the‐century England, where elitism, colonialism, and snobbishness were rampant. The Anglophile atmosphere is still there underneath the sun, from the statue of Lord Nelson in the main square (named Trafalgar Square of course) of Bridgetown, to the market place character of the city with its bustle and ubiquitous Barclays Bank. No wonder the oldest joke on the island, probably apocryphal, refers to the cable gram sent by the Barbados Government to the “mother country” shortly after Britain declared war on Germany. “Go to it, England,” the cable read, “Barbados is behind you.” And then of course there is the Pinafore pomp and circumstance, very British indeed. The opening of the Court of Criminal Sessions, for instance, is attended by all the trappings of London’s Old Bailey, including the judges’ wigs, bugles, the dock, and the police men in red‐striped trousers and white cork helmets. Naturally cricket is the major sport on the island (with polo second) and the Saturday afternoon horse races on the Savannah use terms (“forecast competition,” for example) that would drive a New York race bettor straight up the starting post. The black editor of the leading newspaper—The Advocate News—told me that after reporting on sporting activities he is sorely pressed to find lively stories of Barbados, especially since the crime rate is among the lowest in the Caribbean. This staid streak of conservatism in the transplanted Africans of Barbados contrasts deeply with the more volatile and aggressive peoples in the neighboring intercultural islands. Trinidad, for instance, is a polyglot of cultures, Mediterranean and Asiatic as well as African, which helps explain why it supports the violent rococo fantasia of the annual Carnival and of course why unrest finds a breeding ground. Barbadians, on the other hand, tried to import the Carnival idea but failed miserably. And the other Caribbean islands are much the same in drawing complex mixtures of their character from the diplomatic games and wars of Europe; the island of St. Lucia changed hands and cultures 14 times over the centuries. But Barbados, tied to Britain since its settlement in 1627, has remained a resplendent monoculture. The Barbadian national doesn’t know the patois of St. Lucia, and he is a hopeless foreigner among the Jamaicans. 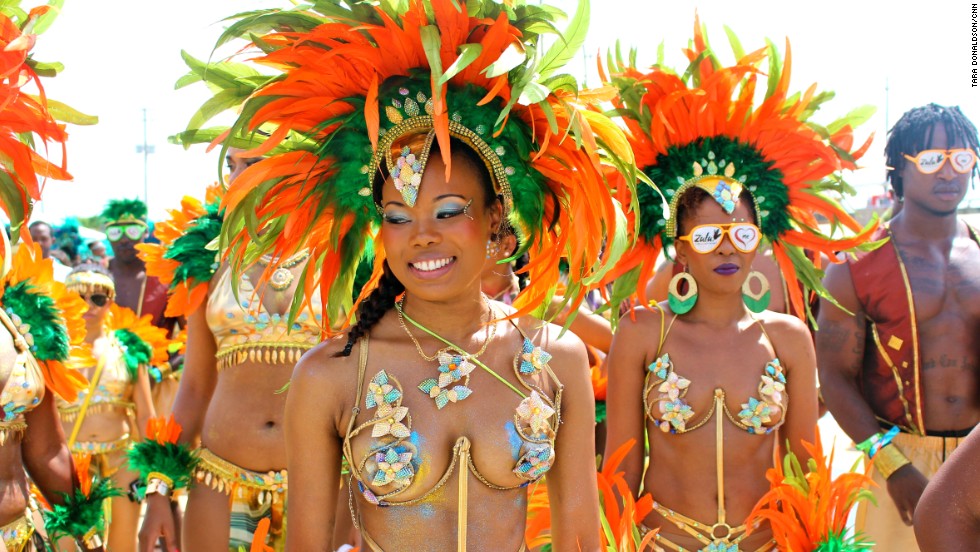 The Barbadian political and economic structure emerging out of a Victorian plantation society also stands in the way of a successful black‐power movement. With one of the highest literacy rates in the Caribbean, due in part to the shrewd benevolence of the British, the Barbadian began to advance into important positions of government and commerce and to create a Black Establishment long before the British Crown relinquished its centuries‐long hold over the country.

Barbados became an independent country in 1966, joined the United Na tions, and brought in as its Prime Minister a former bled, R.A.F. hero, Errol Barrow, a man who is as outspoken against black power as he is in favor of modernizing the island and bringing its sugar economy into the 20th century. As a highly positioned Barbadian put it to me, “How can a revolution succeed in a country where everyone is trying hard to become a quarter‐of an‐acre capitalist?” 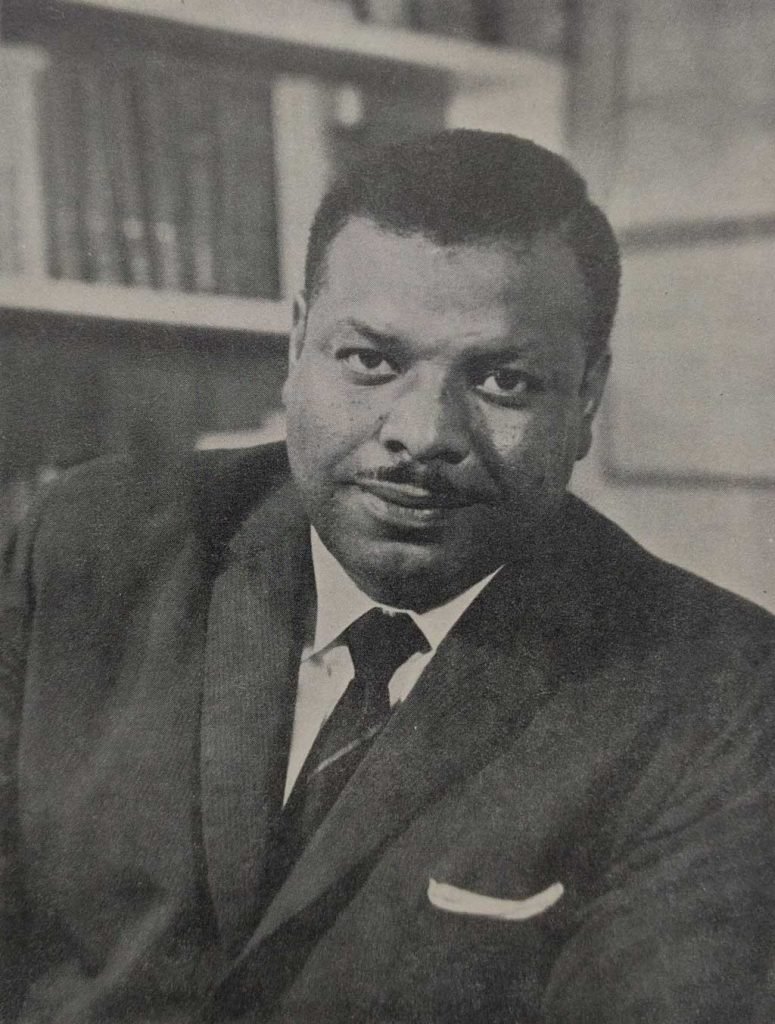 While many Barbadians do try to own their own homes and lands and to break into the middle class, the island’s dependence on a single crop, sugar, makes over‐all prosperity elusive. Even though Barbados gets preferential prices from Britain, as do the Dominican Republic and Puerto Rico from the United States, the seasonal nature of the harvest, the decline in world prices and the rise of mechanization are combining to cause some unemployment; this situation has resulted in unrest In several other islands, particularly those dominated by absentee plantation owners.

In Barbados, the Government has been able to take up some of the slack with public road projects, and many Barbadian farmers have been experimenting with truck crops. Last year onions were grown commercially for the first time. Black Barbadians are also buying into ownership of some of the plantations, or estates as they are known, and are entering into commercial areas once dominated entirely by whites. The rising tourist industry, sometimes the butt of black‐power antagonism elsewhere, also contributes to the economic growth of Barbados, and offers a balance to the decline of sugar employment.

Despite these powerful forces arrayed against the rise of black power here some rumbles have appeared from time to time. The University of the West Indies saw a small sit‐down strike of students during the spring of 1970 in sympathy with the uprising in Trinidad, but it soon broke up for lack of popular support. A radical activist trade union was formed to buck the powerful Barbados Workers’ Union and Labor party but it lasted only four months. One black‐power advocate did manage to hold meetings, which ended in his having to pay a $250 fine under a new law “prohibiting speeches designed to incur racial hostility.” This law was also invoked against Stokely Carmichael. As for other visitors with black power on their minds, Barbadians still talk of the two young black attorneys who arrived from Trinidad and only eight people came to greet them. And finally there was the Antiguan who came to Barbados breathing fire—the Prime Minister himself persuaded him to return home.

Whether the populace could support a black‐power movement given the right conditions is of course not absolutely clear. The average tourist and the sophisticated traveler find no undercurrent of hostility to whites. Yet . . . an English school teacher who recently moved to Barbados told me that a woman had spat on her while she was shopping in Bridgetown. And the young men who cluster around the island’s rum shops, or who huddle in conversation on the roadsides, occasionally hiss, or toss an incomprehensible Bajan word (a curse or salute?) at the white tourist driving too close to the sides of the narrow roads or finding it too difficult to keep to the left side.

But it isn’t fair to draw too much inference from small experiences. The majority of Barbadians are strikingly courteous and friendly. Stop a bicycle rider on the street for directions and he is likely to lead you part of the way. Last year a quartet of Irish middle‐aged spinsters from Brooklyn who had never set foot in the Caribbean got enough courage to rent a car and drive around the island. One evening while seeking a restaurant in the dark hinterland the worst that could happen to them did happen—a flat tire. The ladies were stuck in the middle of no where with no highway signs and only seemingly mile‐high green sugar cane swaying beneath a bright moon. With movie‐style visions of ambush in their minds, they nervously got out of the car to survey the problem. Suddenly they were surrounded by a group of Barbadians. The women drew back in fright and then discovered the blacks only wanted to help but weren’t sure how to do it without a jack. The solution—about 12 husky men picked up the compact car bodily and held it aloft while a youth slipped underneath and replaced the tire. Visibly relieved, the ladies carried on.

The Barbadians are shrewd enough to share with foreigners the resources of the island that are enormously valuable abroad—climate and beaches. They have set aside enough wealth of their own to build some of the plush hotels that are dear to American, Canadian and British hearts and pockets, and they are smart enough to watch, calculate and husband the growth of this new tourist industry. One day they may tax it heavily, not enough to drive the white foreigners away, but enough to increase the prosperity of the island. That of course is the real crux of black power. Meanwhile, more and more Americans are discovering the charms of the wind swept coral island that Columbus missed and ironically the explorer Thor Beyerdahl, of Kon‐Tiki fame, aboard a papyrus reed ship, Ra II, blundered upon in July, 1970. Because of increased interest, ‘Pan American is now putting on an extra daily flight this month, and American Airlines for the first time is flying to the island, On both coasts condominiums are appearing or are being contemplated. And the true measure of American interest appeared this year— the opening of the first Barbados branch of Chase Manhattan. 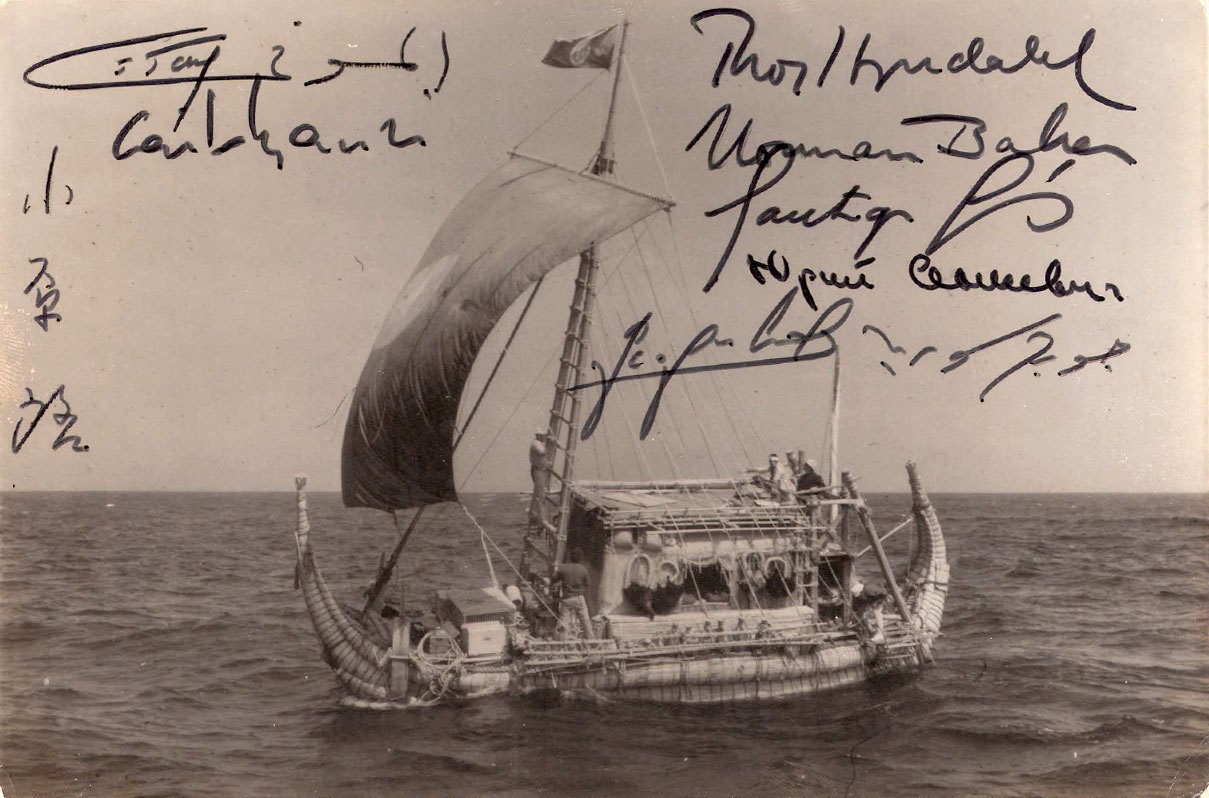