The African Heritage Foundation (AHF) continues with its call to have the statue of Lord Nelson removed from where it stands, and replaced with the Emancipation Monument.

The fact that no government seems willing to have the conversation about moving Nelson, far less actually moving him, speaks volumes to our present colonial reality.

Today’s article is taken from one that was published on the History Extra’s website. It speaks to the reason why the AHF is of the opinion that “Nelson” must move.

As Barbados prepares for “We Gathering”, it is a shameful look for the island to have such a personality as “Nelson” standing prominently in Bridgetown. Many of the people returning to the island will come from spaces that have, and are making moves to address the residual legacy of slavery and colonialism by removing monuments that honour the darkness of the Trans Atlantic Slave Trade and colonialism.

Nelson is among the garbage that needs to be removed. Are any of the 350 allocated for this job? lol

For nearly two decades, Wilberforce found his calls for an end to the slave trade blocked by conservative elements in parliament. The main reason was that, for all of its obvious inhumanity, the commerce in human beings underpinned a system of Atlantic trade that had defined the 18th-century British empire.

Slave-produced colonial sugar was the nation’s most valuable import, and trading ties between Britain and its colonies were governed by laws designed to strengthen the Royal Navy. These ensured that trade between British possessions was carried on in British ships, crewed by British sailors – skilled mariners who could be pressed into the navy during wartime. In addition, import duties collected on British colonial produce helped fund a treasury whose primary objective was to raise funds for the defense of the realm, which included the high cost of maintaining the nation’s war fleet. Pro-slavery spokesmen like Simon Taylor, the Duke of Clarence and Lord Rodney wasted no opportunities to emphasize that the slave trade, colonial commerce, British greatness, and national security were all interlinked.

Abolitionists were, eventually, only able to counter this old vision of empire when they learned how to go beyond simple moral arguments against human trafficking and offer, in addition, a more pragmatic case. By the early 19th century, British abolitionists were trying to reassure conservative-minded members of parliament that ending the transatlantic trade in slaves from Africa would not damage the colonies or bring about an immediate end to slavery itself. Rather, they claimed that ending the slave trade would trigger useful reforms. Without the option of turning to the slave ships for new recruits, it would be in the slaveholders’ best interest to ensure that births outnumbered deaths on the plantations. This would require an improvement in conditions, which should also make slaves more contented, and so lessen the likelihood of a large-scale slave uprising (the prospect of which struck fear into the minds of colonial slaveholders and British politicians alike). Many abolitionists hoped that such changes could slowly prepare the way for a smooth transition to freedom at some point in the distant future.

Nelson, a dyed-in-the-wool conservative, remained unconvinced, influenced instead by the advice of his old friend Simon Taylor. Taylor believed that, despite their claims to the contrary, abolitionists were a dangerous influence. In one of his letters to Nelson, he complained that proposals to end the slave trade spelled “nothing but evil” for “unhappy colonists” in the islands of the British Caribbean, pronouncing that parliament’s decision on the matter would determine whether “the lives of all the white people” in the sugar colonies would be sacrificed. Guided by racist assumptions about the violent character of black people, Taylor presented Nelson with lurid warnings of how white slaveholders could be “butchered, massacred, and murdered” by slave uprisings inspired by misguided reformers acting “under the pretense of humanity”. Reflecting those prejudiced fantasies back to Taylor in his letter from the Victory, Nelson contemplated that the success of Wilberforce and his allies “would certainly cause the murder of all our friends and fellow-subjects in the colonies”.

Would Nelson have spoken out?

Parliament finally outlawed the slave trade in the British empire in 1807 (the abolition of slavery outright followed in the 1830s). In the Caribbean, there was none of the violent bloodshed predicted by the slaveholders; and the measure was popular throughout the British Isles. Would Nelson have followed through on his proposal to speak publicly against it? He had assured Taylor that he was willing to launch his voice against the abolitionists in parliament, but he was under no obligation to act on this suggestion.

Of course, he never had to face the dilemma. By the time the abolition question was debated, Nelson was dead – killed in the brutal sea battle that ended in destructive and decisive victory for the British fleet under his command in the waters off Cape Trafalgar on 21 October 1805. Having tracked his rival to the Caribbean and back, he finally found the fight he craved, and the outcome turned him into a legend. Ever since, Nelson has been remembered primarily as a selfless patriot and military genius. A quasi-religious veneration of his memory, as a heroic warrior and self-sacrificing national hero – synonymous to many with Rule, Britannia! and a strong sense of British pride – has left little space for other assessments of his outlook or legacies. 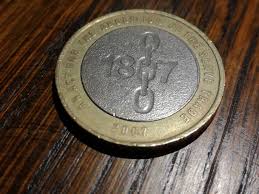 Nelson’s private pro-slavery leanings have been almost totally ignored, but scrutinizing them helps to expose an overlooked facet of the man behind the myth. It also does far more besides. Nelson, like anyone, was a complex human being, shaped by the world in which he lived. His attitudes towards slavery were molded by close and long-standing ties between the Royal Navy and the British Caribbean. And, more broadly, his views help us to understand what abolitionists like Wilberforce had to overcome. Nelson’s sentiments were just one reflection of a more widely held ‘old-school’ defense of a profitable 18th-century British colonial system dependent on the slave trade. When Nelson wrote bitterly about the “damnable and cursed doctrine” of Wilberforce, he revealed a dislike for “meddling” humanitarians, a callous animosity towards enslaved people, and a desire to preserve the existing system – a system that, to some, seemed synonymous with British strength, and which had helped to build the navy that Nelson led into battle at Trafalgar.

Paradoxically, however, the outcome of the battle of Trafalgar in 1805 created some of the circumstances for the eventual success of British abolitionism less than two years later. Trafalgar confirmed the crushing of French and Spanish sea-power by the Royal Navy. The fact that British maritime strength was now overwhelming helped to ensure that parliament felt safe to embrace new ideas about the future of the empire. Finally, British politicians summoned the confidence to ignore the warnings of doomsayers who urged that ending the slave trade would be a disaster for the colonies and make Britain vulnerable to other maritime powers. In the end, then, one of the unforeseen consequences of Nelson’s last victory was to provide conditions conducive to the triumph of Wilberforce and his ‘doctrine’. Nelson would almost certainly have disliked this unintended outcome of his deeds. He died content that he had done his duty, and secure in the knowledge that his fleet had won the day. But in the continuing struggle over the future of British slavery, he had backed the losing side.

This is article was written by Christer Petley is professor of Atlantic history at the University of Southampton and first published in History Extra.