Ever since We were entrusted with the responsibility of leading Ethiopia, one of the several wishes We cherished for Our people has been to witness the arrival of a time when Our people will be able to realize their problems as well as potentialities and through mutual discussions come out with solutions for improvement.

In order to bring about the fulfilment of Our idea, We established the Ministry of Na­tional Community Development eight years ago.

Our first directive to the Ministry was in short to go down to village level and give instructions by which the people can improve living conditions and solve social problems. This project has been remarkably expanded since then. Many people who received proper training at training centres set up by the Ministry at Majite, Awassa and other places are currently engaged throughout the Empire in drilling wells, cleaning pools, maintaining village sanitation, starting schools and other activities designed to assist the community at large.

It gives Us great satisfaction to note the enthusiasm shown by the many young men wherever they have been assigned in carrying out this programme, as it has become apparent from the undertaking of the 10 places in the District of Ada. 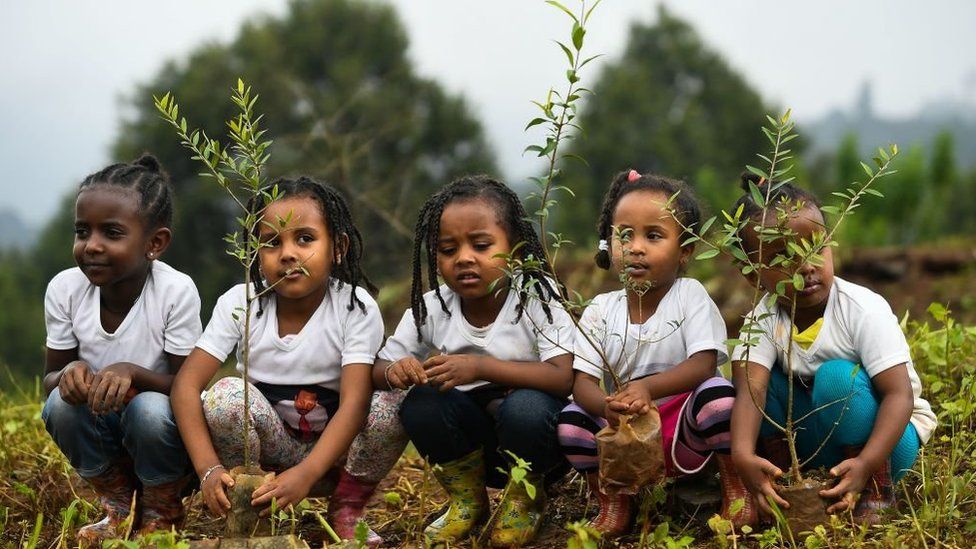 Although great effort is being exerted by Our govern­ment by way of planning and formulating ways and means of eradicating community problems, it is not sufficient for the people to rely on government support alone. As has already been manifested by your endeavours the people themselves must come to realize their own difficulties in the development of their community and try to solve them by collective participation, following an order of priority and taking their potentiality into account. It is well known to you all that recognizing one’s problems and striving hard to challenge them is a mark of an attempt at self-sufficiency.

A country belongs to both leaders and people. The mutual co-operation between them is testimony to this fact. Unless the people help Us, our attempt to help them will be fruitless. Why did We become a leader? Is it not for the benefit and welfare of the people?

This year, more than ever before, the people of Ethio­pia motivated by their own will and diligence, have awakened to the task of raising their standard of living. You hear every day that people are engaged in raising funds to either construct roads or to use them for whatever projects they have in mind. How noble and great a deed is the act of sacrif­icing one’s wealth, land and money, to one’s needy commu­nity instead of for selfish purposes! The gratitude remains for ever.

If the programme of “self-help” is pushed forward with this same degree of motivation, you will undoubtedly leave a tradition worthy of remembrance by your children. It is believed that having seen your children lined up in front of the schools, you have realized that your efforts in taking the initiative to compete in the programme of self-help undertaken by all to build these four schools We just visited were altogether rewarding. One who does not contribute to his community and the coming generation remains to be a burden to his society and an object of ridicule to outside observers.

By building the schools near your village, you have spared the time and energy of your children from travelling to too far away places for their education and moreover you have secured the opportunity of seeing them grow up under your close care. And similarly if you continue to consult one another and strive to get rid of the other handicaps, say problems of obtaining clean water, better roads and sanita­tion for your community, you will find that the accomplish­ment is within your capacity.

It is both the responsibility of the governor as well as elders to create harmony among the people in initiating them to discuss their common problems and work towards the betterment of their standard of living. There has not been a single Ethiopian who has not been filled with pride and rejoicing in hearing of the great efforts and co-operation manifested by the people of Guragie in the fund-raising scheme to finance the construction of the roads linking the peoples of Bale, Addis Ababa and the provinces. These efforts being made by the people of Our country towards progress has also served as a means to influence Ethiopia’s overseas friends.

We also pledge, therefore, those elders and community leaders to study and formulate methods on problems affecting their respective communities such as schooling, water supply, community and home sanitation, roads and agriculture in addition to their long-practised profession.

The co-operation and, what is more, the active participa­tion in working along with the people played by you, the members of the IEAF, the Airborne Division and the Farm Experiment Station in helping the people living in your area achieve a better standard of living has highly pleased Us. The principal idea towards this motive of assisting your fellow neighbours lay in the fact that some of you have been fortunate to evidence the progress made in other countries while most of you collected experiences from reading books at home; and it has been this spirit of enthusiasm of wit­nessing the same trends of progress being enjoyed by your brothers at home that led towards this objective.

There is no single soul who would not cherish and hail the introduction of progress to Ethiopia and partake of the benefits thereof. It is but through co-operation in working side by side with the people by way of setting up schools, drilling water-wells and the construction of roads, and it is through the realization and devotion in solving these prob­lems that wishes could be interpreted in terms of tangible forms. As We have been informed you have, in constructing these schools, equally shared the work with the people: that of quarrying stones, fixing the frames and in mixing the mud, which no doubt will earn you the love of your neighbours.

Particularly all among those gathered here have come through the same process of the historical past. Therefore, assuming that there are set up 100 schools for a population exceeding 20 million and even then if these numbers were increased to a million, there is not one person who would not still judge them insufficient. Self-help in the benefits to be acquired through education will save the individual from asking someone’s assistance.

We wish that this exemplary act of yours will serve to create the same spirit among the entire people of Ethiopia and the Armed Forces, the Naval Force, the Boy Scouts, students and particularly those people engaged in the world of business. We are confident that if these and all other organizations combined follow the same path in working closely with the people, that they would easily overcome problems of water-supply, education, roads and house sani­tation within their respective communities and We further believe that the same would help the people to achieve the desired standard of living which all of Us hold dear.